–Last time, we talked about your 2006 G1 Tag League, where you teamed with Koji Kanemoto. In the end, Shinsuke Nakamura and Masahiro Chono won that league by defeating the two of you in the final. Nakamura had produced a big result on his return from foreign excursion, and that brought him to an IWGP Heavyweight Championship challenge against you on December 10 in Aichi.

Tanahashi: This was the first time we’d faced one another with the IWGP title on the line. Plus, up to now it had always been me chasing him. This time he was challenging me, so our positions were reversed.

–You said going into that match that ‘Nakamura is the best challenger there could be, but as champion, I’m the best, period’.

Tanahashi: Ahh, that was a hell of a line! I haven’t been able to spit fire like that lately (laughs). While Nakamura was gone, that was when I came into that role as champion, and it was important that I take that spot seriously.

–This after you got your first win over him in February that year, and then took the championship in the summer. You ended your 2006 with your first match against him in ten months, the fourth match altogether.

Tanahashi: He’d gained a different edge, for sure. There was more power based offense in his matches; this was when he started using the Landslide and reverse powerslam. But from my end, if I’d have lost, we would have reset, and I would be back to chasing him again, so I didn’t want that to happen. 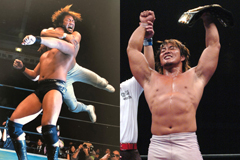 –In the end, you rolled through on a second rope Landslide attempt, turned it into a powerslam and then won with the High Fly Flow followed by a Dragon Suplex.

Tanahashi: I was still establishing the High Fly Flow as a finish at that point. Nakamura included, I think I was winning more matches with the Dragon Suplex than the HFF at that point.

–After that match was when you really identified Shinsuke Nakamura as a rival. You said in your post match comments that you could see the two of you ‘fighting for the next ten years’, while Nakamura simply said ‘I see you’.

Tanahashi: That was him admitting defeat that one time, heh. This is when I knew we had something. We’d sold out the building, and the pops on our entrances was something I hadn’t heard up to that point. The only thing that sucked was Masahiro Yamamoto, who was a huge baseball star at the time, was a guest, and he got introduced after me and Nakamura. He got a bigger pop than either of the two of us (laughs)…

–He was the pitcher for the home team, the Dragons…

Tanahashi: I was a fan, you know! So it was an honour, really. After that, I got invited to his 200th victory party, and it got me connected with Namco, so I was there when they announced one of the Famista baseball games. So all in all, it was a memorable night. 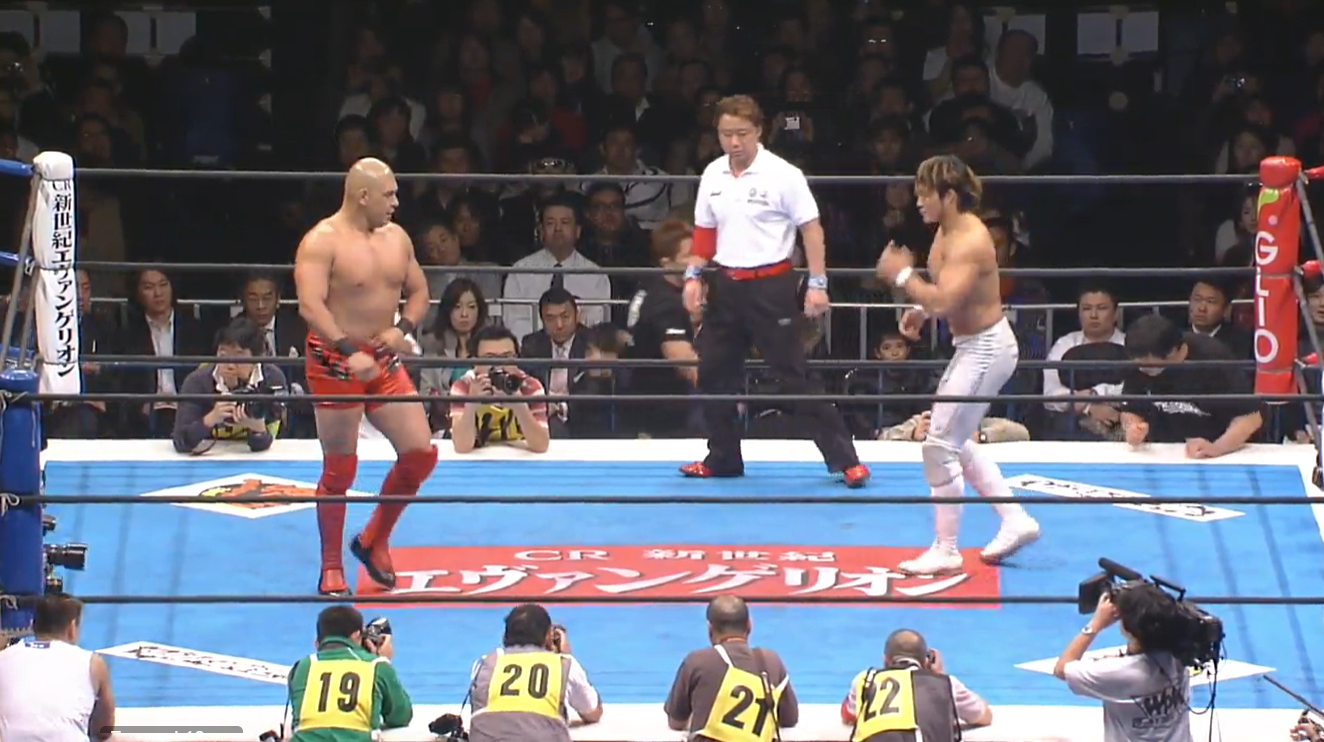 –From there we headed to January 4, 2007 and you defending your title for the third time against All Japan Pro-Wrestling’s Taiyo Kea. This was in the midst of NJPW rebuilding from its business slump. With costs being an issue, NJPW and AJPW teamed up for the Tokyo Dome card and it was presented as a joint 35 year anniversary card.

Tanahashi: There was definitely talk of ‘OK, how do we handle the Dome?’. We had been running there multiple times a year, but for a couple of years there we were selling maybe 10,000 tickets, if that- long before COVID restrictions or anything of that nature. When you think in 2020 we had 70,000 plus over two nights there, it’s crazy to think about.

–And was that date always set in stone? Was January 4 in doubt?

Tanahashi: I think at that point if the decision had been made to ski a year, that might have been it for us as far as the Tokyo Dome went. So looking back, I’m definitely happy we went ahead. And that was the first Wrestle Kingdom, too.

Tanahashi: So that was a real turning point for NJPW as a whole.

–The top three matches on that night’s card first saw AJPW’s Triple Crown defended by Minoru Suzuki against Yuji Nagata, and then you defended the IWGP title against Kea, before a special attraction tag match with Masahiro Chono and Keiji Muto against TenCozy. Kea had won the 2006 Champion Carnival and went on to win the Triple Crown but lost to Suzuki. Kea wanted to take the IWGP title from you to get back to the top in All Japan. 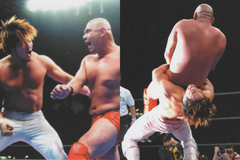 Tanahashi: I was still being called the ‘prodigy of the sun’ at that point. Here’s Taiyo Kea, the man whose first name literally means ‘sun’, so it felt like a lot was on the line for me, heh. This was the first time I wrestled him, but we were really on the same wavelength. He was great.

–Muto has said that Kea was a big part of him jumping to All Japan from New Japan. When they faced one another in AJPW’s January 28, 2001 Dome card, Muto realised what a talent he was, and when he made the switch, he had Kea join him in the BATT faction.

Tanahashi: I’d actually gone out with him before, when he was in BATT and doing stuff with NJPW. We bumped into one another outside the hotel and ended up going for yakkiniku.

Tanahashi: We chatted, me in broken English and him in broken Japanese. I never thought we’d be wrestling one another in the Dome years later.

— It was a great match that ended with a High Fly Flow and your third successful defence.

Tanahashi: He was really good. I think it’s much less of a factor now, but back then, there was a lot of talk about how fundamentally different matches were, how differently moves were done between New and All Japan. But I really didn’t feel that way with Kea. It really struck me, if you’re a good wrestler, you’re a good wrestler anywhere.

Tanahashi: Right. Of course, that card had Nakamura vs (Toshiaki) Kawada as well. So I think I wanted to bring out a clear distinction between our matches.

–That matchwas certainly much more about Strong Style vs King’s Road. You also said of that Kea match that you were ‘interested in Giant Baba’s legacy’.

Tanahashi: A long time ago, a fan once said to me ‘I see you more as an All Japan guy’. Baba had that old catchphrase for All Japan. ‘Bright, fun, tough’. I think they saw that in me a bit. I grew up watching both New and All Japan, and I was a big fan of Muto in NJPW and Kenta Kobashi in AJPW. Kea had been directly taught by Baba, so there was a part of my fandom that was excited to see what he was like to wrestle as well. So it was a really refreshing experience.