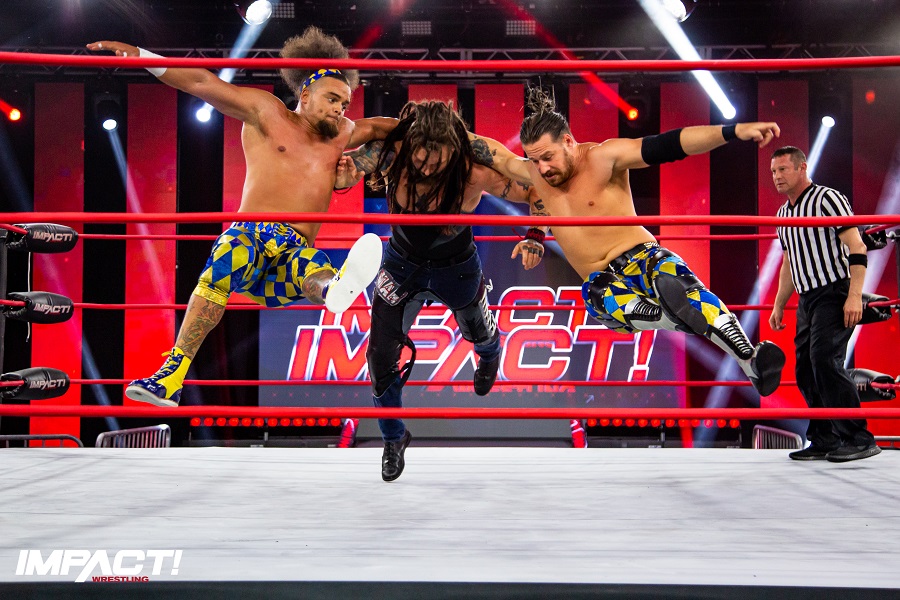 FinJuice picked up their second defence of the IMPACT World Tag Team Championships Thursday night, only to see their reign come to a surprising end after their bout against Ace Austin and Madman Fulton.

David Finlay would move to kick the match off with Ace Austin, but a tag to Fulton would give Finlay a more sizable opponent than he had bargained for. Fulton flung Finlay into the champions’ corner, and then bowled Juice over with a tackle to give an early advantage to the challengers, but quick tag work put FinJuice in the plus position. 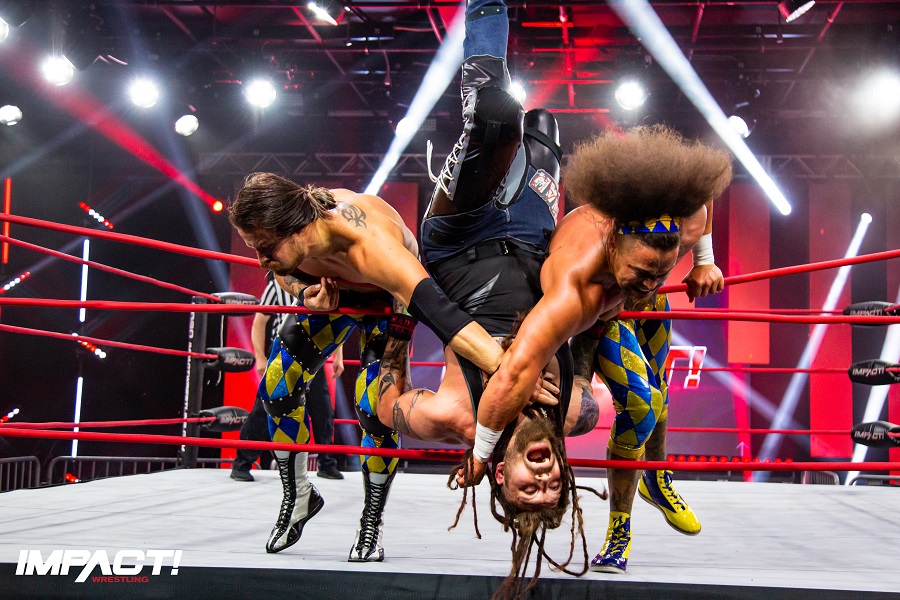 Fulton’s power made the difference however, and Austin would tag in- only to meet a Finlay dropkick and a fluid series of double teams, Fulton also getting caught with a double flapjack and lariat out of the ring. Yet when Robinson dove to the floor toward Austin, he found himself misdirected into a Fulton lariat that changed the tide of the match. Austin wrenched at the arm of Juice and applied insult to injury, slicing between Robinson’s fingers with a playing card to create a small but painful laceration. 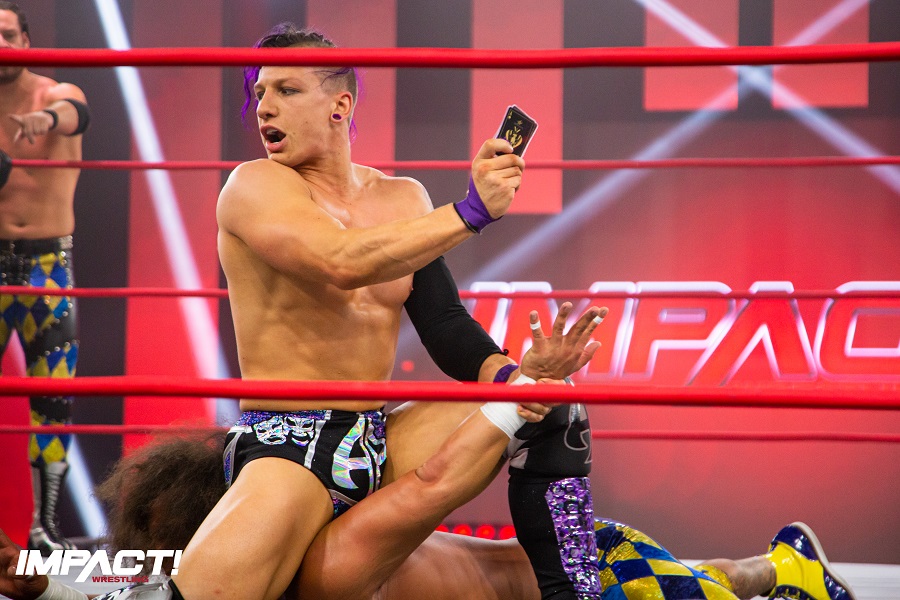 Austin used his athleticism to knock Finlay off the apron, keeping Juice from making the tag even as he created space, but the challengers couldn’t stop Robinson from exploding out of the corner. Finlay got a hot tag and took care of both opponents; at least until Fulton landed a nasty boot to send him off the apron.

A big powerslam from Fulton, and partner Austin got a two count to follow up; an even nearer fall came from a double team side suplex. A chokeslam from Fulton into a blockbuster from Austin, and Juice was even nearer the brink of defeat, but a second attempt on the move on Finlay was countered with Prima Nocta. 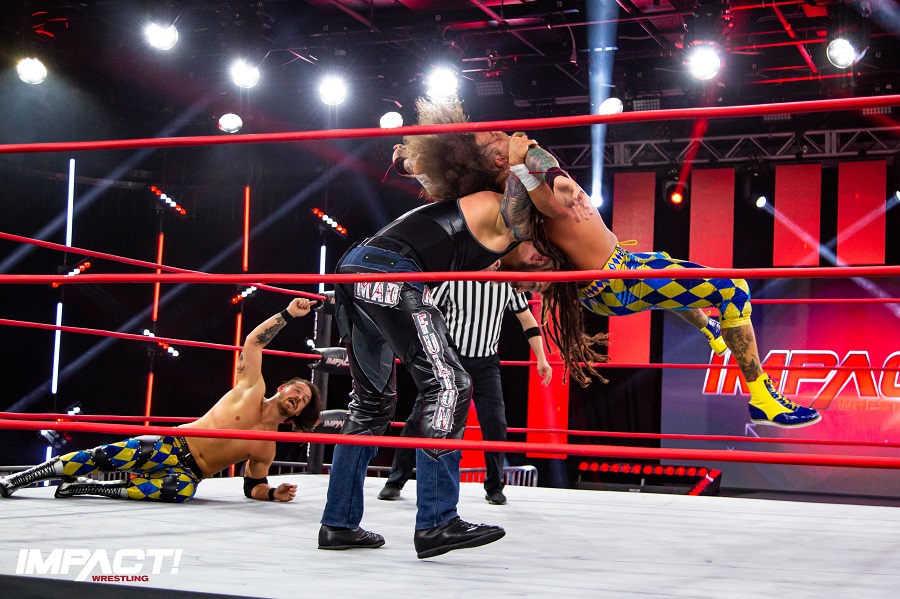 Robinson got a cannonball on Fulton, and FinJuice wanted the Doomsday Device on the big man. Robinson couldn’t hold the weight, but Finlay was there to assist his partner, leading to the Left hand of God and Pulp Friction for the win. 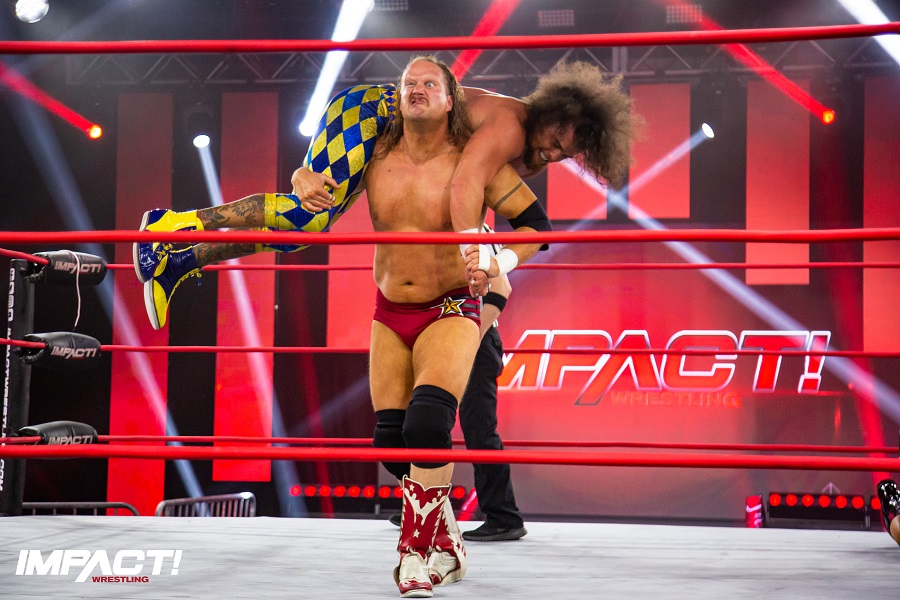 Before IMPACT went off the air, Rhino and Joe Doering of Violent by Design made a surprise appearance, calling a shot for an impromptu tag title challenge. A cross body from Doering and Gore from Rhino led to Doering dropping Juice for a shocking defeat. How will FinJuice respond? 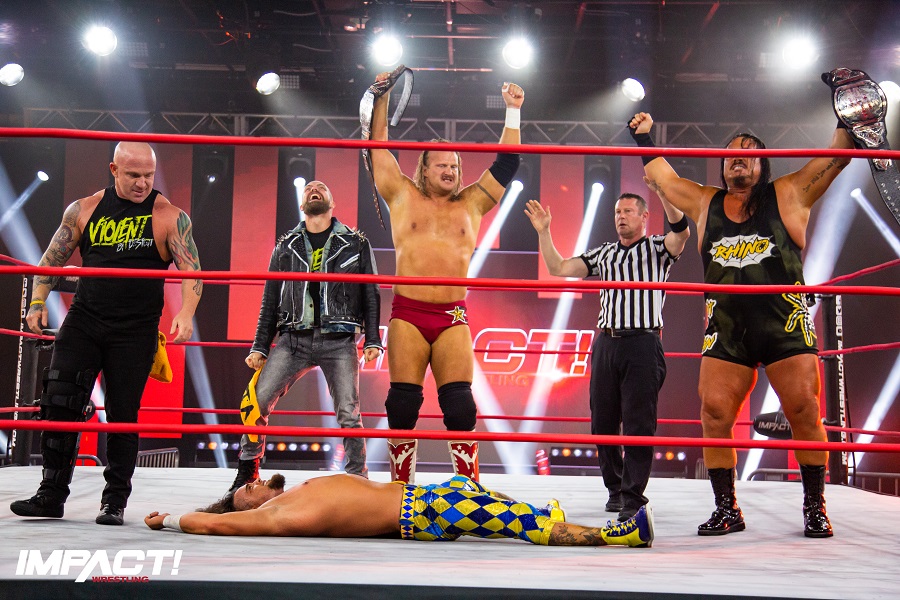 Also this week, fans got the major news that Satoshi Kojima will be coming soon to IMPACT rings! What does the strongest arm in the game and the power of Bread Club have in store for IMPACT? NJPW fans need to stay tuned to AXS and Twitch on Thursday nights! 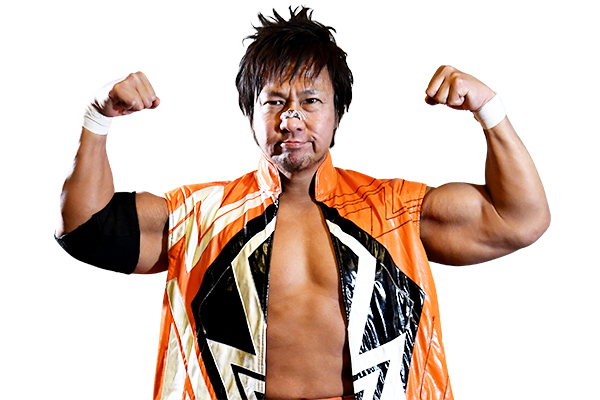