This week on NJPW STRONG, a massive main event sees the first ever defence of the STRONG Openweight Championship, but that’s not all on a stacked night of action. 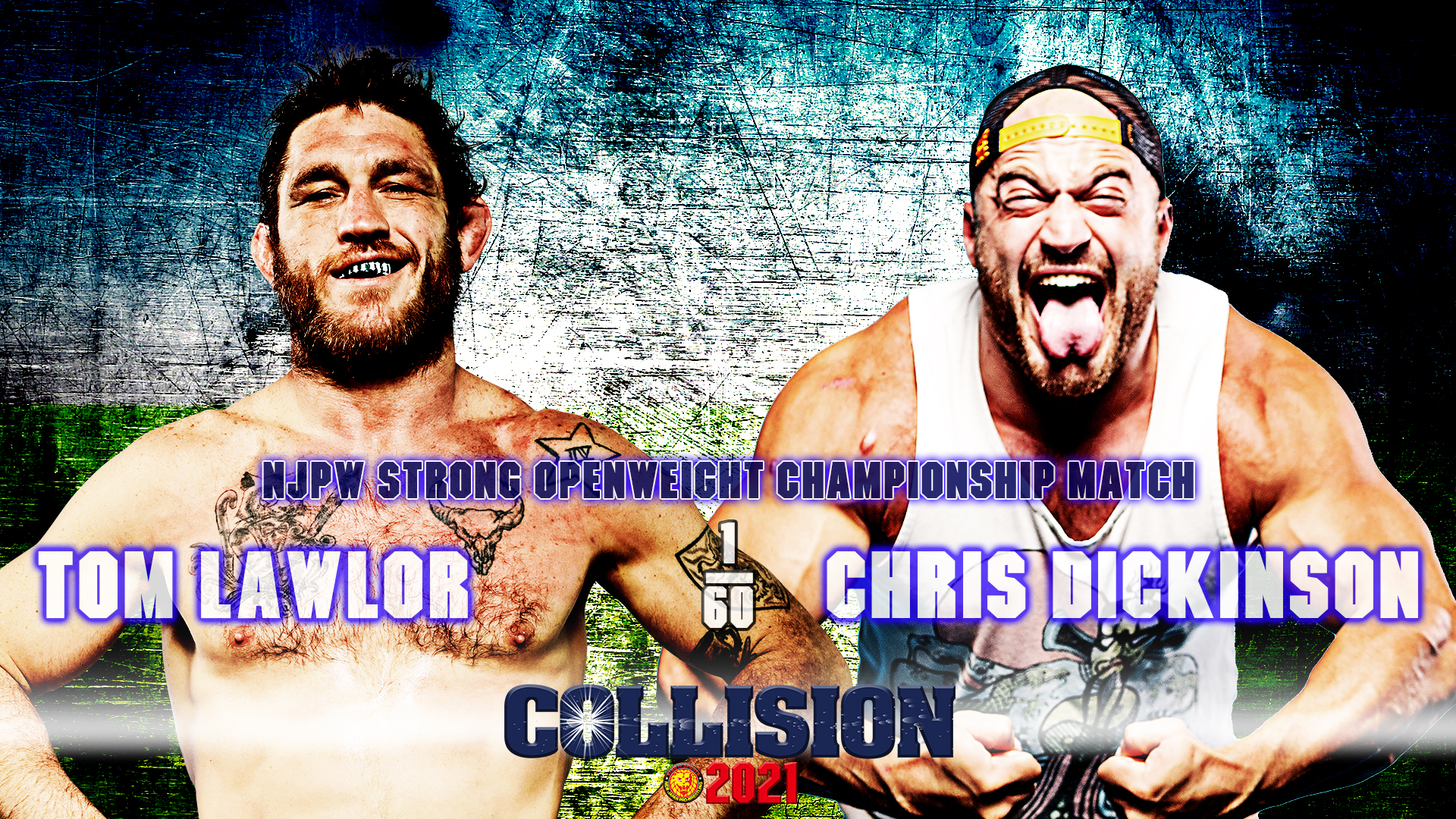 Chris Dickinson challenges Filthy Tom Lawlor in the main event this week, as the STRONG Openweight Championship is defended for the first time.

Dickinson’s connection to Lawlor goes back to independent events when Lawlor first transitioned from MMA into pro-wrestling, but never has a confrontation between the two been more personal, nor with higher stakes. When Dickinson first came into NJPW STRONG this January, it was as the latest member of Team Filthy, Lawlor’s hand picked replacement for the outgoing Rust Taylor. Dickinson was impressive through the early part of the year, but as the Dirty Daddy’s Friday night presence grew, cracks began to appear in Lawlor’s ‘fight dream’.

Admitting to going where competition and financial opportunity lay rather than being governed by professional allegiances, Dickinson would appear alongside Brody King in Ring of Honor. Days later on STRONG, Lawlor stated that he was comfortable with the move, but his demeanour suggested anything but, and Lawlor would give Dickinson a test of loyalty. After a six man tag team match against King and the Riegel Twins, Lawlor demanded that Dickinson attack Sterling Riegel’s arm, something the Dirty Daddy refused to do; after JR Kratos did the deed in Dickinson’s stead, his discomfort was palpable.

Lawlor would go on to win New Japan Cup USA in April, and immediately issued an open challenge to anyone who wanted the first shot. The new champion was stunned to find Dickinson respond, setting up our Collision main event. Again, Lawlor would hide his clear dissatisfaction and team with Dickinson until two weeks ago on STRONG, when an inevitable separation played out in cowardly form. On directions from his team leader, Danny Limelight would deliver a low blow to Dickinson moments after he secured elimination tag team victory for Team Filthy. Now, Dickinson is his own man, and eager to bring Lawlor’s title reign to a quick and violent end. Yet Lawlor’s preternatural submission grappling ability, coupled with the support of Limelight and Kratos that could easily turn from moral to physical, present a tough mountain to climb.

New talent has been stepping up and making a name for themselves over the last several weeks on NJPW STRONG. Wheeler Yuta is one of many to have impressed on his NJPW debut, and though he came up just short in his first STRONG match against Rocky Romero, he certainly turned some heads.

El Phantasmo is not one to permit any heads to be turned in a direction other than squarely at him. His own pride stung by a loss to Lio Rush in tag action two weeks ago and a narrow defeat in his X Division Championship challenge to Josh Alexander in IMPACT Wrestling, ELP is looking to get back on the winning track, and clearly show he is the top junior heavyweight contender both on STRONG and in Japan. An upset would mean a huge breakthrough for Yuta, but is Sudden Death waiting for him instead? 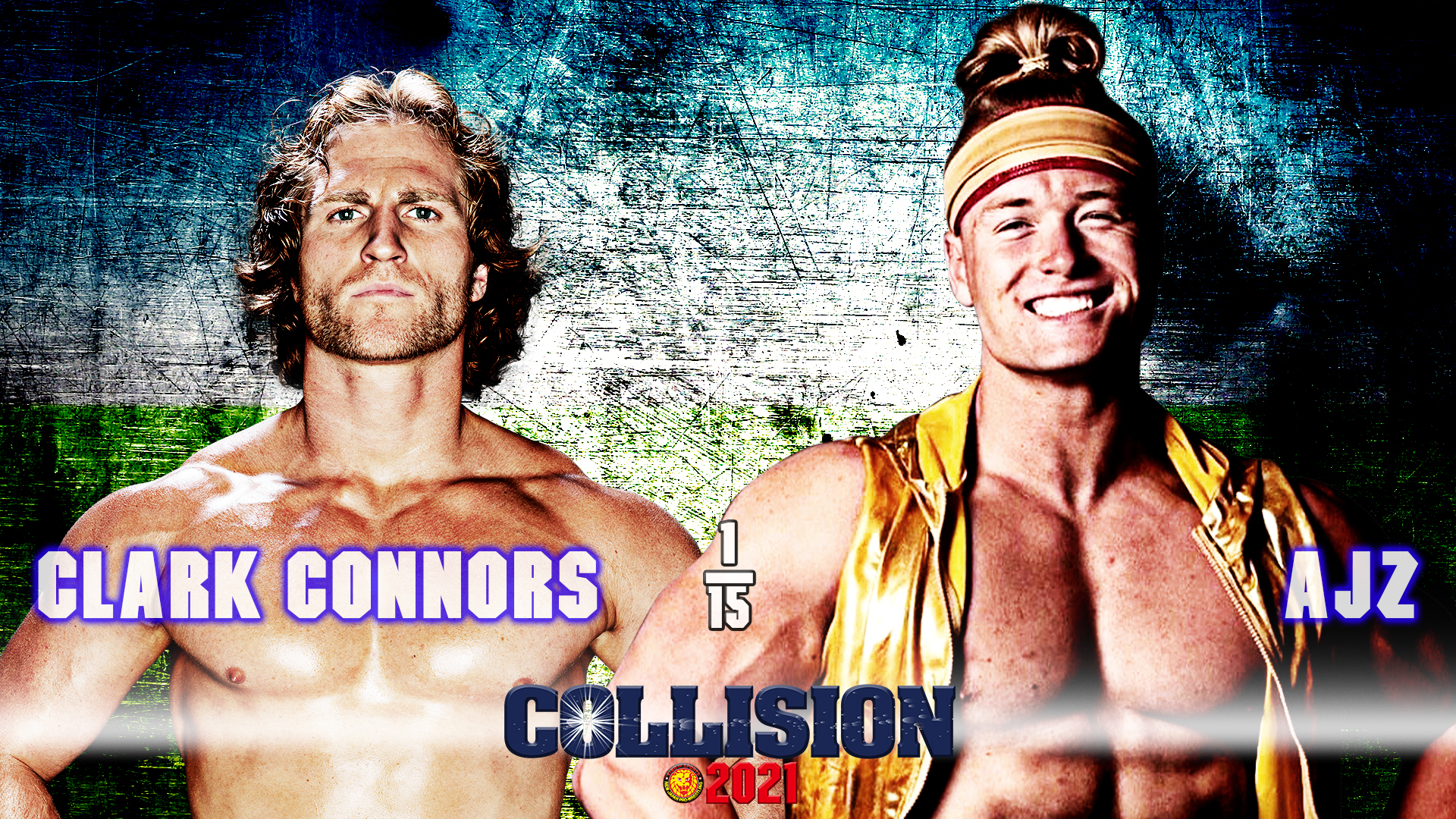 Another new name who impressed on his debut in recent weeks was AJZ. Much like Wheeler Yuta, AJZ came close but just short against Rocky Romero, but while Yuta showed pure wrestling capability and athleticism in spades, Andreas John Ziegler was a good deal more arrogant and underhanded.

Yet one could not argue the efficacy of his offense as Ziegler came within a hair of polishing off Romero, and now he wants his first victory against Clark Connors. Yet this is no easy task; on the same night that AJZ made his debut, Connors re-debuted with new ring gear and the new nickname of the ‘Wild Rhino’. Connors straight ahead intensity and AJZ’s sneakier approach will make for uncomfortable bed fellows, but a fascinating first match to kick off STRONG this week!