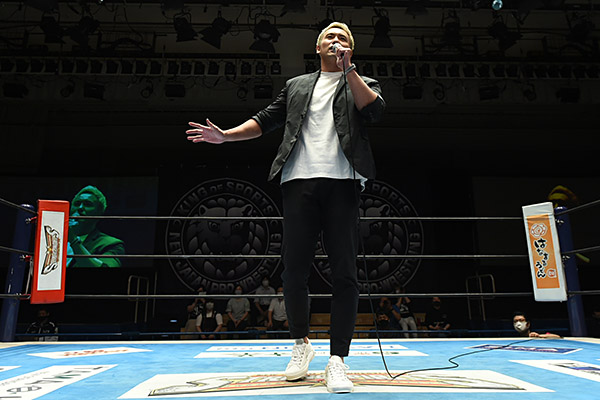 Kazuchika Okada surprised the fans in attendance at Korakeun Hall on May 26, as well as those watching on NJPW World as he appeared before matches started on the Road to Wrestle Grand Slam event.

Amid concerns for his health, Okada took to the mic and wryly asked ‘how are you all doing?’ before affirming he felt great. Addressing Will Ospreay vacating the IWGP World Heavyweight Championship due to injury, Okada wondered aloud about the status of his challenge for the now postponed Wrestle Grand Slam in Tokyo Dome match May 29. Stating that now more than ever it was his time to lead, Okada promised ‘I’m taking my title shot. I’m in street clothes tonight, but next time you see me I’ll be in my ring gear and kicking ass’. 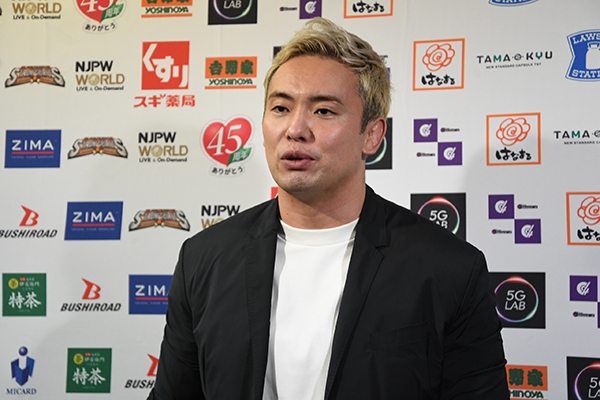 Expanding on his comments backstage, Okada stated ‘It’s been a hectic few days, but like I said in the ring, I’m doing great. I had COVID, and my matches were delayed. Yokohama Stadium and Tokyo Dome might have been postponed, but to further postpone my (IWGP World Heavyweight Championship) challenge, now that I’m fit and healthy, I can’t let that slide. So that’s why I took the time to come out here and say what I said.’

‘I said this on the radio, but as far as my COVID experience is concerned, I have nothing but gratitude. To the doctors, the health center staff and most of all to NJPW. Even when everything was very uncertain, the company did everything they could to look after me and the care was top notch. It’s because of all that I’m able to be here today as healthy as I am. The company has decided to keep everybody’s names private… although I went and blabbed on my own, heh. But I got permission for that… maybe that wasn’t something they were planning to give, but they said it was just as important for me to be able to put it out there.’

‘I really have so much gratitude for them to support us all like that, in all sorts of ways. But it can’t end just with gratitude. I have to pay back the company, and all the fans who were worried about me, with great matches. This month, I only wrestled three days, and even last month I could count my matches on one hand. So I’ve got a lot of stuff pent up. I don’t know what’s around the corner, but I’m ready to let loose, and you can look forward to seeing that’.