Dominion in Osaka Jo Hall will be seeing a slight postponement as the June 6 event will take place on June 7. Nonetheless, this is a Monday night of action you do not want to miss, with two championship matches and a big time singles bout already made. 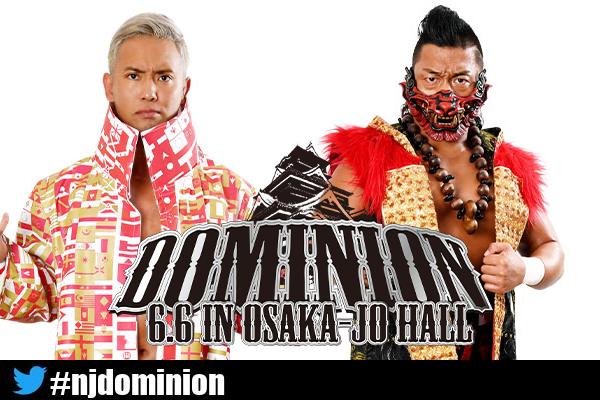 The main event at Dominion will see the third IWGP World heavyweight Champion crowned as Shingo Takagi takes on Kazuchika Okada. Okada had originally intended to be in Dominion’s main event as IWGP World Heavyweight Champion already, his title match with Will Ospreay set for May 29 at Wrestle Grand Slam being the source of a lot of well deserved hype. Yet the Tokyo Dome card was postponed, and then Ospreay relinquished the title entirely, citing injuries sustained in his bout on May 4’s Dontaku card.

A bout where he shared the ring with Shingo Takagi. The Dragon pushed Ospreay to the very limit in one of the best IWGP Heavyweight, (World or not) title bouts in history.  Takagi came up short in the end, but just barely, and with the champion out of the picture, holds just as strong a claim to the title as Okada does.

It was during the New Japan Cup this spring in fact that Shingo charted a course to the tournament finals that began with a Rainmaker delivered to its innovator, and a win over Okada that more than righted Takagi’s perceived unjust loss to the CHAOS leader during last year’s G1 Climax. At one win apiece, Osaka Jo Hall will see a rubber match that will determine not just who the better man of the two is, but who the best in the world is. As Japan enters into rainy season, will the Rainmaker come into his own? Or will the rain be evaporated by a Dragon’s fire? 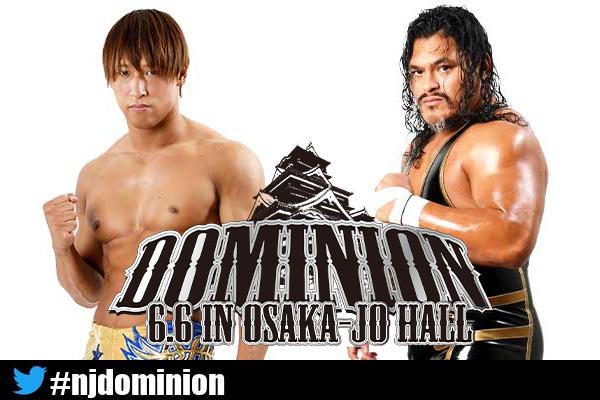 At Satsuma no Kuni on April 29, Kota Ibushi issued a challenge to Jeff Cobb. It was a challenge, Ibushi would say, founded on more than just desire for revenge. After Ibushi lost the IWGP World Heavyweight Championship to Will Ospreay on April 4, Jeff Cobb delivered furthe rinjury with an unprovoked and incorrigible Tour of the Islands, but this alone wasn’t what motivated the Golden Star to take to the mic and address the Imperial Unit.

No, Ibushi instead wanted to test himself against an Olympian, and a superhuman in Cobb. In Cobb, Ibushi sees a man who can perhaps do everything he can do, but better. Ibushi has long been renowned for his combination of heavyweight power and junior heavyweight athleticism, but Cobb is equally capable of flight, incredibly capable of hurling his opponents, and perhaps decisively when it comes to this match, phenomenally capable of knocking his opponents out.

Devising the ‘Cobbigoye’ at Dontaku, Cobb sought to show he was on a clear level above Ibushi. BUSHI, Master Wato and then Ibushi himself would each taste this knockout blow in the coming days and weeks, and the move seems set to be the key to victory of choice for Cobb. Can United Empire’s Hatchet cement himself as a clear main event star and on a tier above Ibushi by using his own move against him? Or after his April 4 defeat, will Ibushi rise like the Phoenix at Dominion? 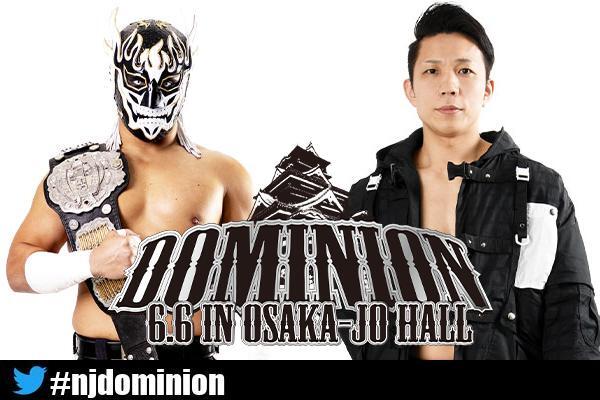 Also set for Dominion, YOH will challenge IWGP Junior Heavyweight Champion El Desperado. Another match struck by postponements, YOH was originally slated to challenge Desperado on May 4 at Dontaku. After a wave of card changes, the two now meet one month later. YOH’s championship challenge came about after he and SHO took back the IWGP Junior Heavyweight Tag Team Championships on his return at Sakura Genesis. Seeking to ride a wave of momentum to double title glory, YOH issued a challenge to singles gold in exchange for a tag team rematch at Satsuma no Kuni.

YOH and SHO held their end of the bargain in Kagoshima with an impressive defence, but can momentum continue for YOH in a Direct Drive t his first singles title? Or will Desperado, now healthy and rested, be able to make his first successful defence of the junior heavyweight title he captured in the same Osaka Jo Hall venue at the end of February?