Two more matches have been added to the card for Monday June 7 and Dominion in Osaka Jo Hall. Despite a delay in the event from Sunday June 6 to Monday June 7, the action is nonetheless stacked, with Jeff Cobb set to face Kota Ibushi, YOH battling El Desperado for the IWGP Junior Heavyweight Championship, and Shingo Takagi and Kazuchika Okada locking horns to determine a new IWGP World Heavyweight Champion. A pair of matches have now been added to what was already an exciting card: 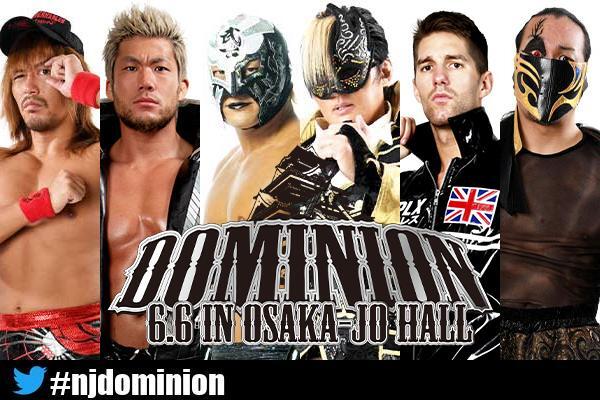 Tetsuya Naito, SANADA and BUSHI will do battle with DOUKI, Zack Sabre Jr and Taichi on Monday in Osaka Jo Hall. Dangerous Tekkers felt on top of the world on June 1, when they finally defeated Guerrillas of Destiny to lift the IWGP Tag Team Championships. Zack Sabre Jr. and Taichi were quick to issue an open challenge to any team that might like a shot at the tag titles, but at the same time, the duo has expressed an interest in teaming with DOUKI once again, and ‘Los Locos Dangerous Tekkers’ could be potential future NEVER 6-Man Tag Team Championship contenders.

They might cement that position if they can put away Tetsuya Naito, SANADA and BUSHI. June 2 in Korakuen Hall, the LIJ trio fell just short of victory in their NEVER 6-Man title match, but pushed the champions to the very limit and want to get back in that mix. Yet Tetsuya Naito would also express an interest backstage in wrestling for a championship that wasn’t singles gold. Floating the prospect of a tag team combination with SANADA, Naito might have spied an opportunity, and that opportunity could be knocking in Osaka Jo Hall. Could Naito and SANADA use six man success to propel themselves to an IWGP tag title shot? 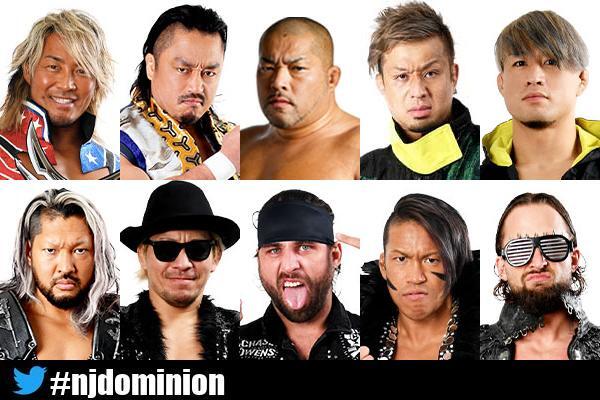 A star studded ten man tag will kick off the night as Hiroshi Tanahashi joins a CHAOS team of SHO, Tomohiro Ishii, Hirooki Goto and YOSHI-HASHI to face EVIL, Yujiro Takahashi, Chase Owens, Taiji Ishimori and El Phantasmo of BULLET CLUB. With competition hot for a precious few spots at the top in New Japan right now, eyes will be on names like EVIL and Hiroshi Tanahashi as they try and establish themselves back at the front line of competition. Then there are the junior heavyweights in this match. El Phantasmo and Taiji Ishimori could both just as easily move to challenge the winner of the IWGP Junior Heavyweight Championship match later on in the night, or seek to reclaim their IWGP Jr. heavy tag titles once YOH is free of his commitments with El Desperado, successful or not.

Should that tag challenge be made, SHO would be more than willing to accept, but his eyes will also be on the junior heavyweight title match at Dominion, especially as challenger YOH has promised the first shot to his tag team partner should he prove successful. With a lot of moving parts, you can’t take your eyes off Dominion from the opening bell Monday!