The Road to Ignition continues this week on NJPW STRONG, as a tag team main event sees the debut of a fast rising star with an impressive ROH track record. 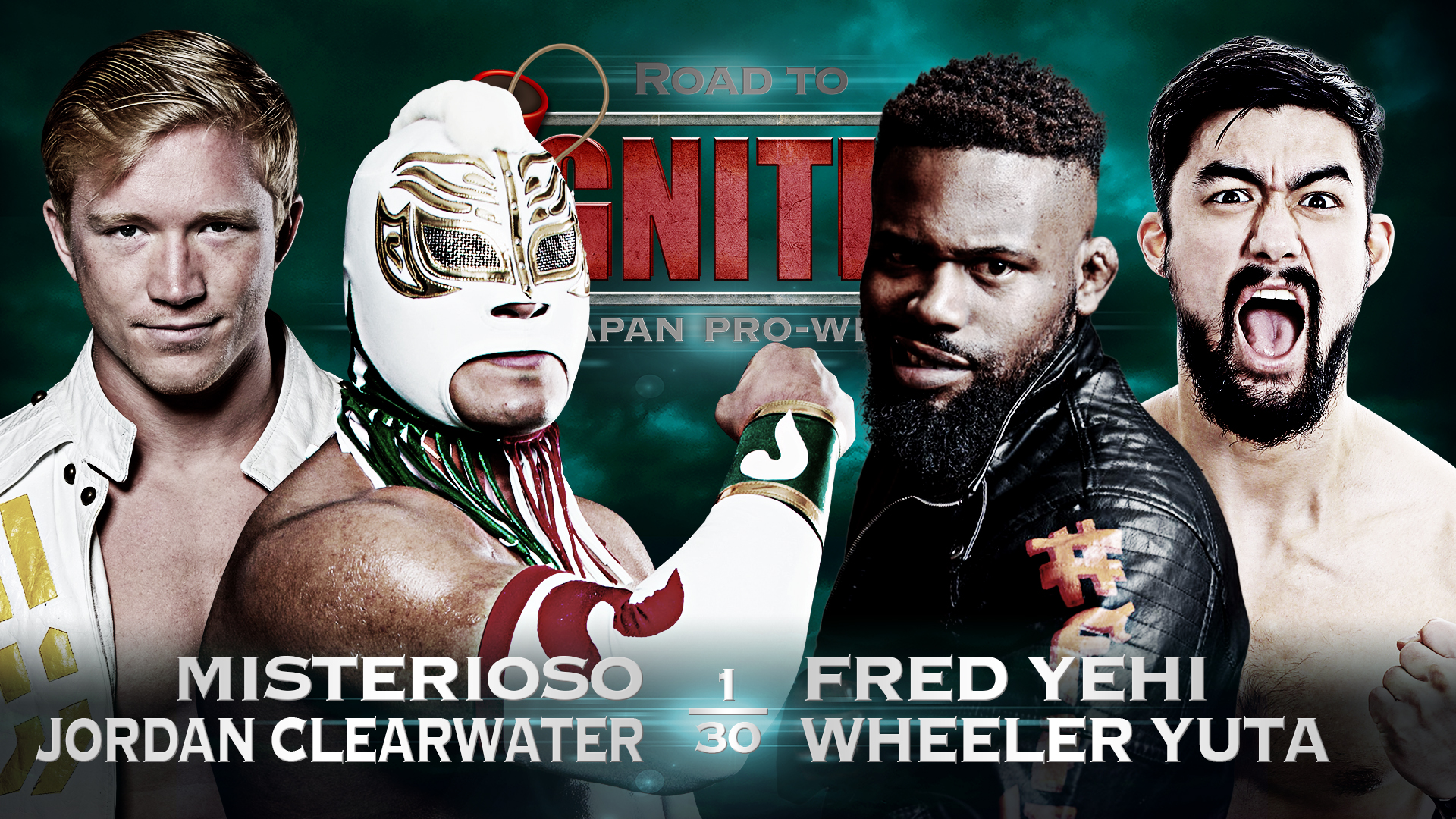 Tonight’s main event sees the debut of fast rising star Fred Yehi as he teams with Wheeler Yuta to take on Jordan Clearwater and Misterioso.

Yehi has made great strides of late in Ring of Honor’s Pure Division, defeating luminaries like Rocky Romero to be named the number one contender to ROH’s Pure Championship. In recent weeks on ROH TV, Yehi has become familiar with Yuta as both his partner and opponent, and now they team together to face Clearwater and Misterioso.

A lot of eyes will be on this promising new addition to what is a burgeoning tag team scene on NJPW STRONG, but Clearwater and Misterioso have made strides of their own. Big Papi Pump and the Golden Child have teamed effectively in the past, and both are in desperate need of a signature win on Friday nights. Could this main event be their time?

Speaking of impressive looking tag team combinations, Rocky Romero and Lio Rush certainly fits that bill. The Man of the Hour returns to Friday nights this week just weeks removed from tagging with Fred Rosser to score a victory over Hikuleo and El Phantasmo on STRONG, and after turning heads with his AEW debut. While Rush has his eyes on singles glory, teaming with one of the most decorated tag team wrestlers in New Japan history is a good path to take as the two face Clark Connors and the DKC.

Wild Rhino Connors has been nothing short of awesome since his re-debut having graduated from Young Lion status. Now he will seek to lead the DKC to victory against tough junior heavyweight competition. Who comes out on top tonight?

STRONG starts this week with an immense test for Alex Coughlin. With Karl Fredericks and Clark Connors having graduated, captain of the LA Dojo Coughlin is the only remaining member of Katsuyori Shibata’s original LA Dojo class. Coughlin feels the pressure to step up and get results, but will have to do so tonight against a furious monster in Hikuleo.

This will be the first time fans have seen Hikuleo in three weeks, after he was defeated in the wildest match in STRONG history; an insane no disqualification war with Fred Rosser. Now, BULLET CLUB’s Young Gun will be in the hunt for brutal payback on the entire STRONG roster, starting with Coughlin.