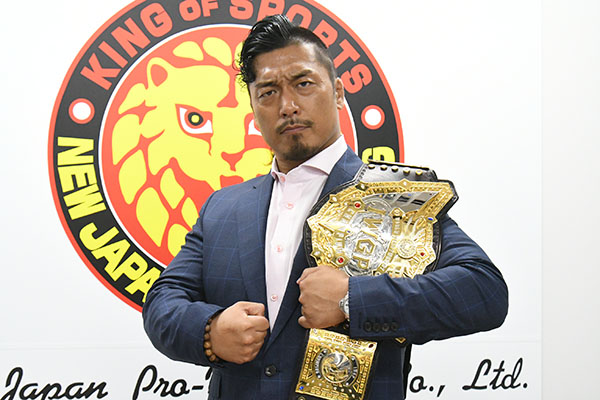 Hours after he captured the IWGP World Heavyweight Championship in a thrilling main event at Dominion in Osaka-Jo Hall on June 7, Shingo Takagi was part of the post Dominion press conference today, addressing the media for the first time as champion. 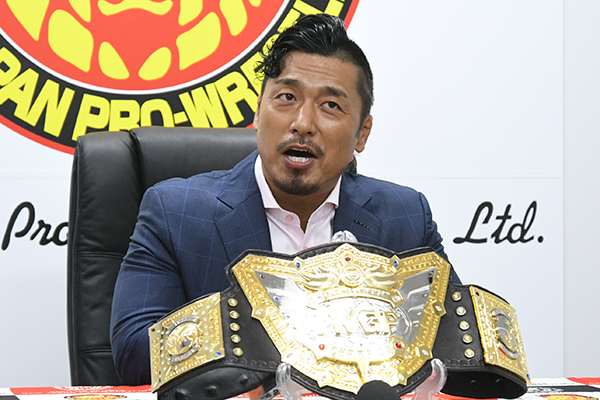 ‘I am the third IWGP World heavyweight Champion, Shingo Takagi, and I am pretty damn tired. I went through the wringer last night, finally shut my eyes around 4AM, and then woke up at 7, got on the Shinkansen, and wasn’t able to nod off there either. But y’know, waking up this morning and having the belt there in my room let me know that it wasn’t all a dream and what happened was real.

As I said backstage, the big feeling I have is relief. I mean, in Fukuoka with Ospreay, losing that match could have put me to the back of the line. I figured I wouldn’t get back to this point for quite a while. But then, I don’t know whether you’d call it luck or what, but Ospreay gets hurt and goes back to the UK, and then I’m in this title match.

Okada brought it. Maybe, having gone through what he did he was carrying some doubts into that match, but I knew that he is one of a kind. He truly is the best of the best, and I had to give it 120% in that match. Looking back… I think maybe in those first five minutes I got the sense that he was breathing harder than normal, so I was second guessing myself. Was he not 100%? Or was that part of his strategy, to make me think like that? But then by the time we were in the second half of the match I didn’t have the luxury of thinking at all.

The one thought I had all the way through, and it isn’t like me to say something like this, but I knew I could not afford to take a Rainmaker. Maybe he thought that was the key, too- I haven’t spoken to him, so I don’t know, but watching the match from last night on the Shinkansen today, he went for that move two or three separate times. He was really pushing hard for that move. But ever since I saw him wrestle in the Tokyo Dome back in 2013, I’ve had a bunch of different scenarios in mind for countering that Rainmaker, and I think that’s a big part of why I won. 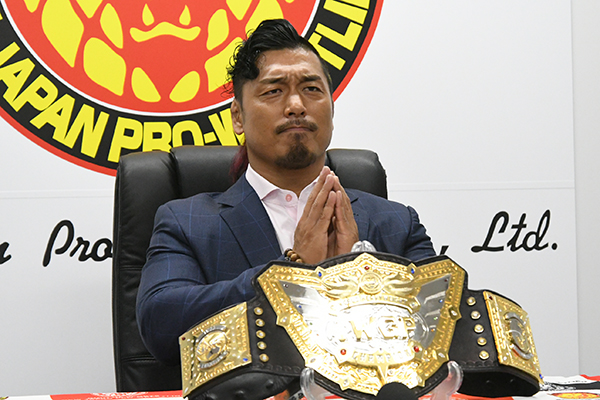 Okada had the record for most defences of the previous IWGP Heavyweight title. He represented that belt, but I feel now it’s with me, the prestige of this title has been elevated a bit, if I do say so myself. Tanahashi, Okada, they’re definitely factors, but what drives me most is beating out the people of my generation. Ibushi, Naito, they’re the guys that make me the most competitive. Ibushi and I debuted at the same time, Naito and I have that past in the Hamaguchi Gym.

I have my reasons for coming to New Japan in the first place, but getting to throw down with Ibushi, that was definitely one aspect. Having a proper place for us to square off. We didn’t start out as New Japan guys, but a few years ago it hit me that the guy I want to fight the most is in NJPW, and if I want that to happen then I have to be in NJPW too. Then October 2018 I arrived, and two years, what, eight months later… I wouldn’t call that a rapid ascent. I’m 39 this year, I can’t afford to take things slow.

I don’t know what goes through Ibushi’s head, but like I said in the ring yesterday, English or Japanese is fine, but ‘yes’ or ‘hai’ for this title match. He didn’t give me either one, but said ‘let’s do it’ so I want New Japan to make it official. Me and Ibushi, anywhere would be fine by me, but as a champion, I really want to sense what’s inside his head and what drives him, so I want there to be some preview tags first. Apart from that, I’ll leave it to the office to decide. 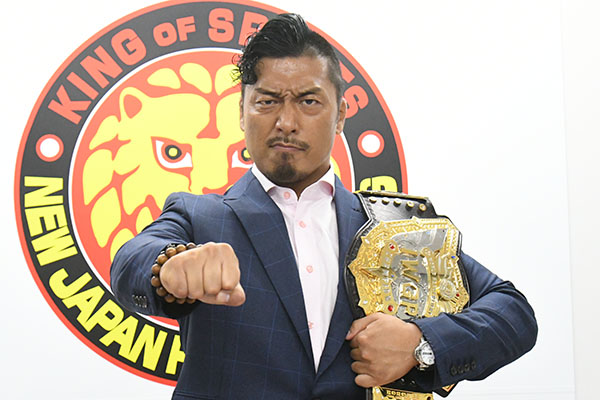 Anyway, I am now the third IWGP World Heavyweight Champion, but apart from that, nothing’s changed about me. Just like normal, I’m gonna fight like Shingo Takagi fights, bring the fire and tear it up! That’s all I’ve got to say.’