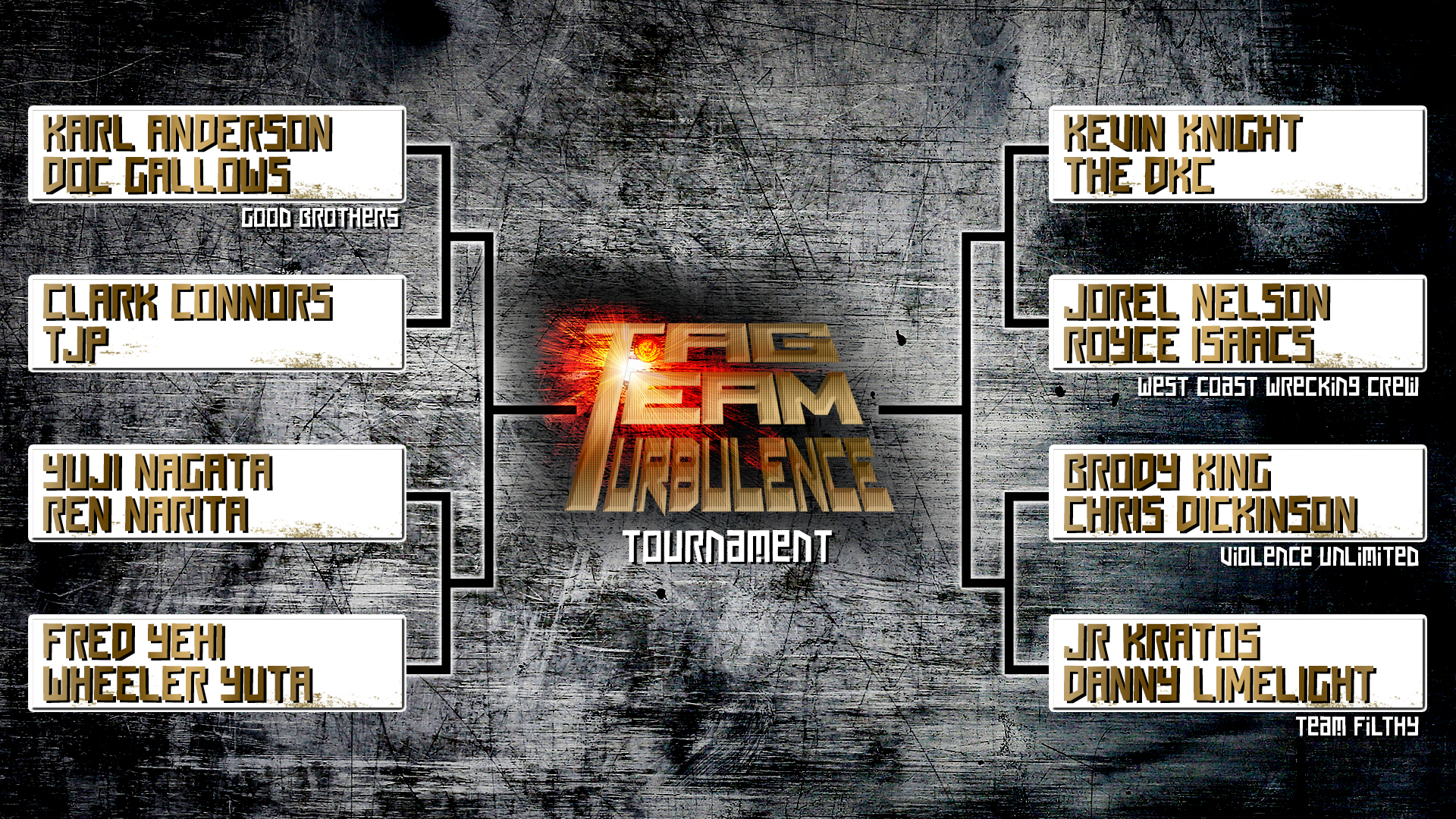 Tag team competition has been growing ever more fierce Friday nights on NJPW STRONG. After tournaments like Lion’s Break Crown, Super J-Cup and New Japan Cup USA have shone a light on young up and coming performers, junior heavyweights and openweight singles competitors respectively, it is now time for tag teams to have the spotlight, and Tag Team Turbulence is set to do just that.

Tag Team Turbulence will be available simultaneously on FITE!

This July, Tag Team Turbulence will see eight teams compete for the right to be named the best duo on STRONG. The first round matchups fans will see on July 16 are: 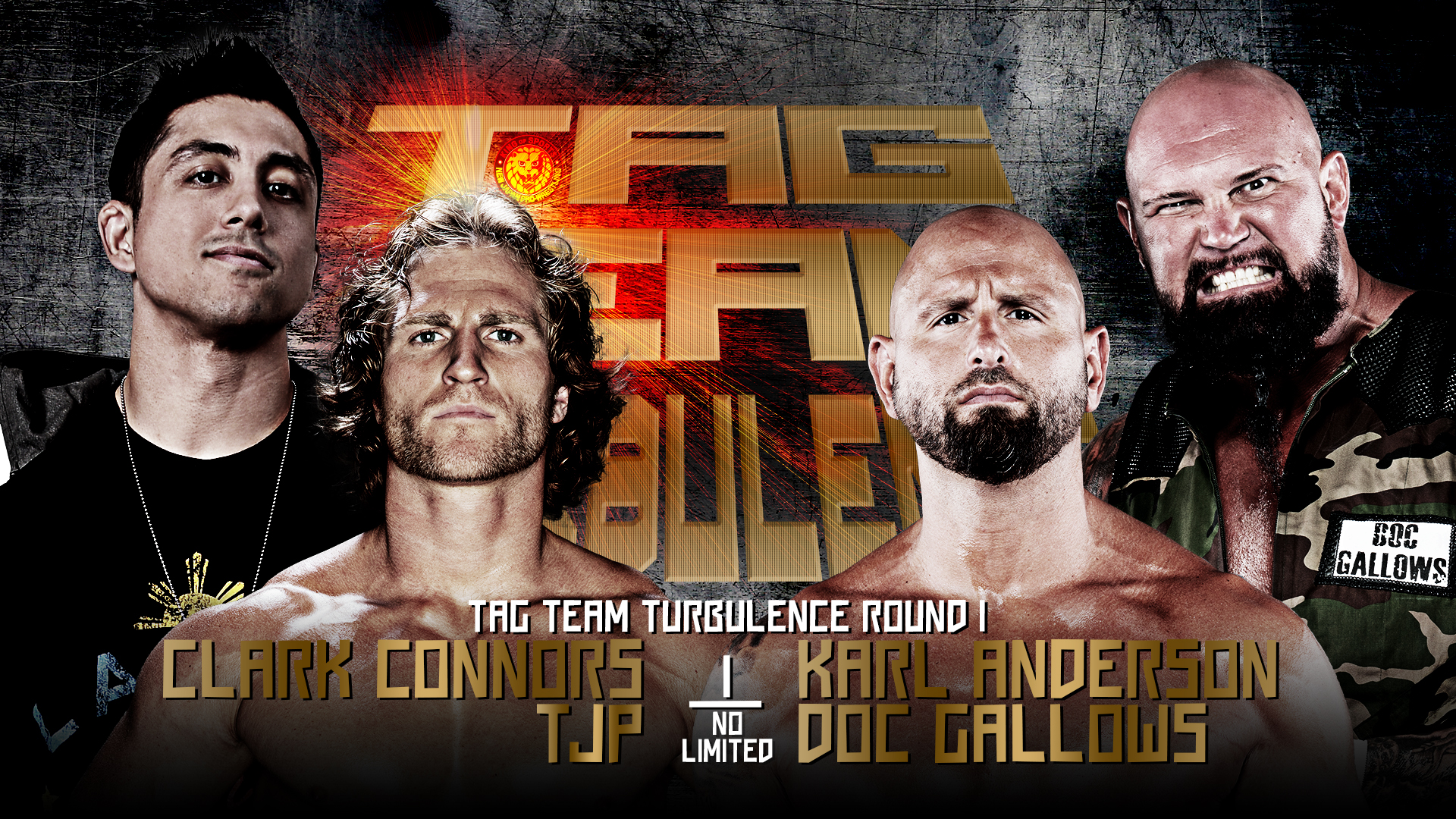 The biggest bombshell in the Tag Team Turbulence announcement was the return of the Good Brothers, Doc Gallows and Machine Gun Karl Anderson to New Japan Pro-Wrestling.

After last wrestling in the cerulean blue back in 2016, Tag team Turbulence will see Gallows and Anderson back in an NJPW ring for the first time in five and a half years. Where will the two fit into the NJPW landscape at large? A large part of that will depend on their outing in this tournament, starting with Connors and TJP.

The Wild Rhino and the Fil-Am Flash were once a Super Junior Tag League combination in 2019, and have maintained a mentor and student relationship since. Yet Connors’ re-emergence and rise to prominence since graduating from Young Lion status has made him an incredibly dangerous prospect, and this will be no walk in the park for the Good Brothers. 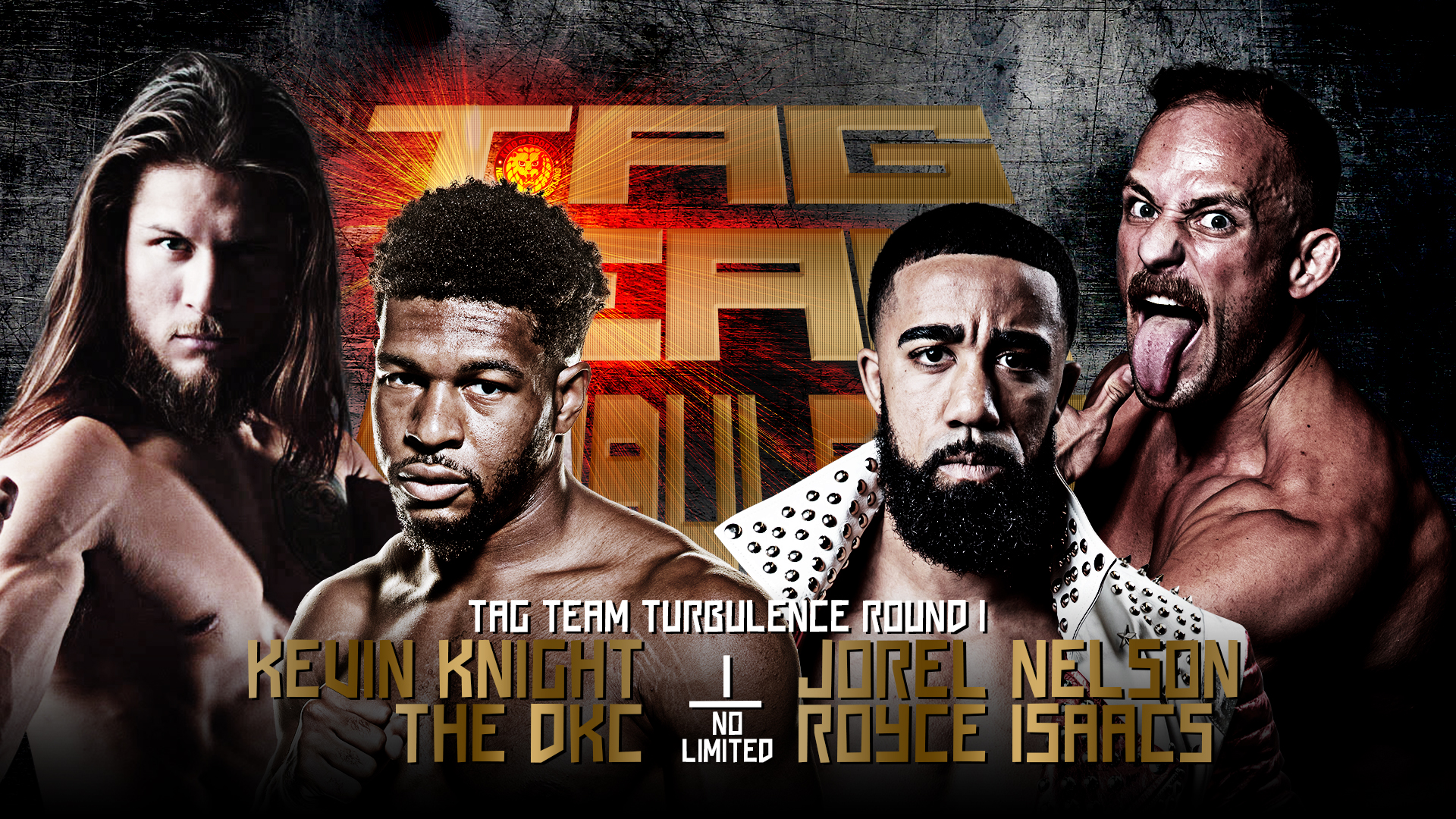 Royce Isaacs and Jorel Nelson, the West Coast Wrecking Crew, impressed on their NJPW STRONG debut last month and now will be a part of Tag Team Turbulence. With experience as a team under their belts, they will be the likely favourites in this first round encounter, but Knight and the DKC will be looking to show the world the benefit of their training not just as individuals, but as an LA Dojo team.

With roots back to Narita’s first days in the Noge Dojo, Ren Narita and Yuji Nagata make a phenomenal mentor and student combination in Tag Team Turbulence hungry for results that will define Narita’s excursion and Nagata’s return to US competition. They have a tough task ahead of them in the first round though in the form of Fred Yehi and Wheeler Yuta. Yehi and Yuta were extremely impressive in their STRONG debut on the Road to Ignition, and plenty of eyes will be drawn to what should be an extremely technically proficient display. 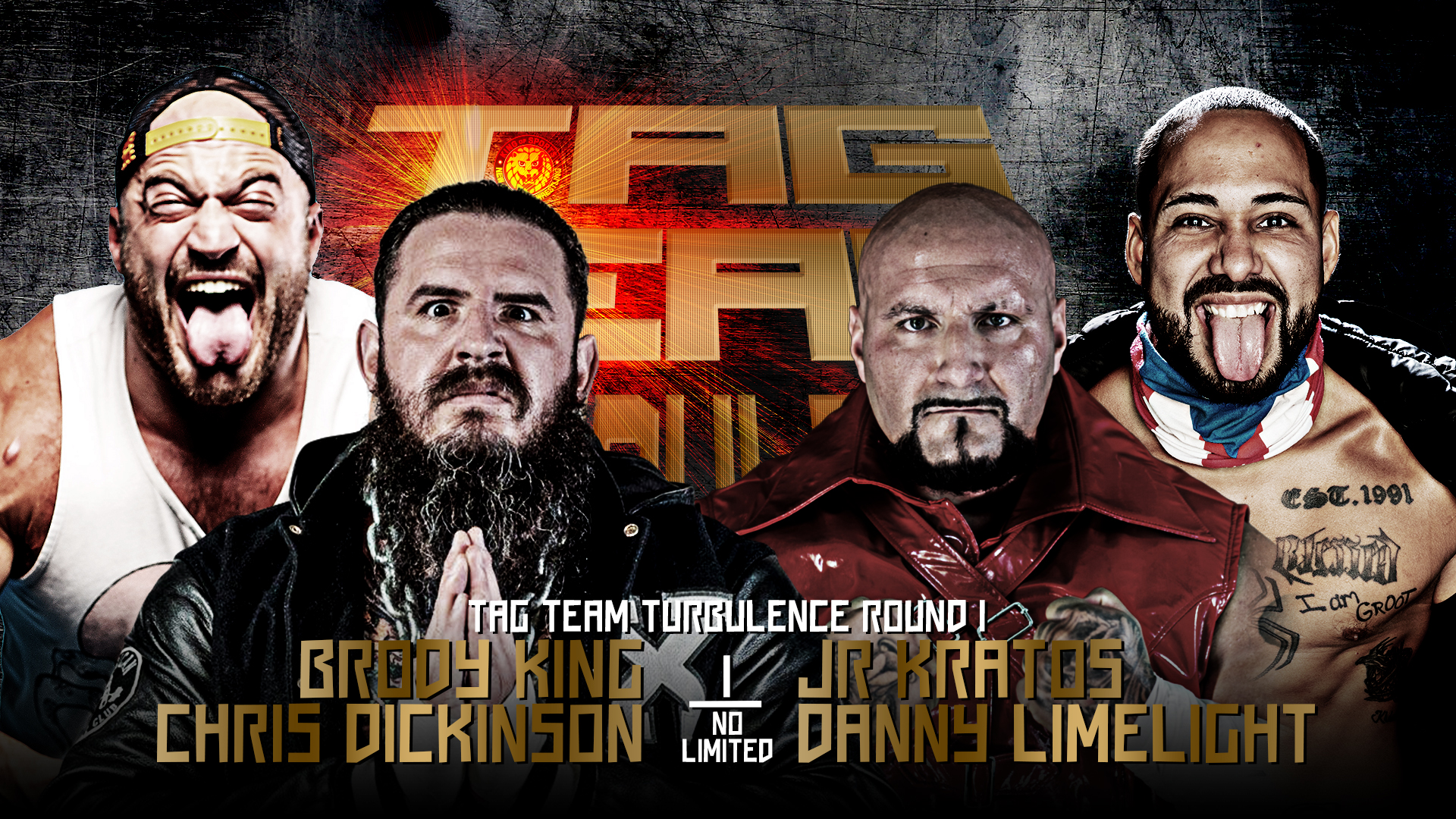 In what could be the hardest hitting match of the first round, and certainly the most personal, Chris Dickinson teams with Brody King to take on former partners in JR Kratos and Danny Limelight. When Dickinson stepped up to challenge Filthy Tom Lawlor for his STRONG Openweight Championship, Lawlor bided his time before severing ties between Team Filthy and the Dirty Daddy, with Limelight delivering a humiliating low blow.

Weeks later, and Dickinson had Lawlor on the ropes with the STRONG gold on the line before Kratos and Limelight hopped on the apron. Brody King, aligned with Dickinson under the Violence Unlimited banner in Ring of Honor, made the save and targeted Kratos as the two super heavyweights brawled to the back. Now Dickinson and King are back on STRONG and going for a tournament win and sweet revenge on Team Filthy, who want more honors to join the STRONG Openweight Championship in their trophy cabinet.