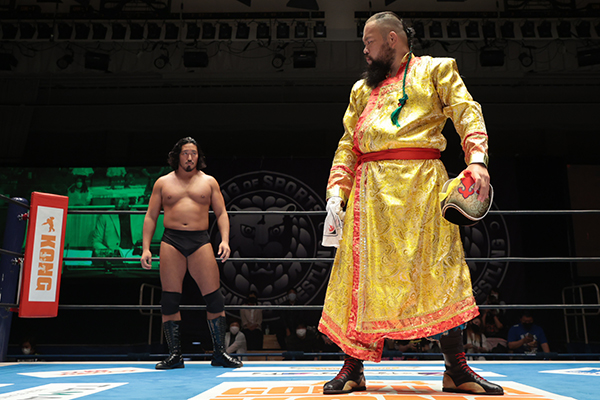 Yota Tsuji and Yuya Uemura completed their five single match gauntlets on June 23 in Korakuen, as they battled Great-O-Khan and Kota Ibushi respectively on Kizuna Road.

After being second of the two gauntlet matches for the rest of the tour, Tsuji was first up on the night against O-Khan. Korakuen, always supportive of the Young Lions, were particularly energetic in getting behind Tsuji as his last match got underway, but the Dominator was not to be fazed, showing a clear edge on the mat before granting a break and offering his right leg to Tsuji.

Tsuji took the chance to single leg O-Khan, and sent the United Empire member to the ropes. An attempted follow up would be met with a hard tackle though, and a hip toss and body slam kept the Dominator composed and in control. O-Khan continued to pursue Tsuji, a head and arm choke bringing the Young Lion to the ropes, where O-Khan used the entirety of the referee’s five count. 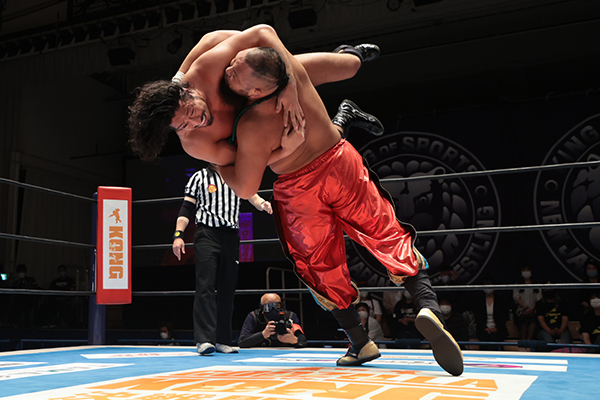 Mongolian Chops and thrusts followed for O-Khan, but Tsuji managed to summon a short range dropkick that finally created some distance. It was a distance closed with a tackle and the flying body sausage, before a powerslam gave Tsuji two. Eager to press the advantage, Tsuji summoned a vertical suplex and then a Boston Crab, but O-khan responded with a stiff shot to the ear, and then a fearsome gutwrench suplex. 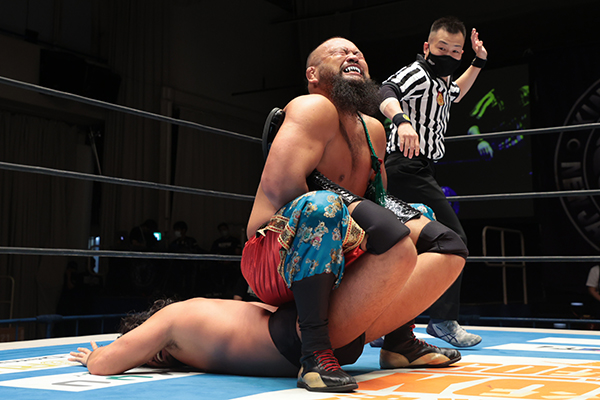 As both came to their feet, O-Khan demanded Tsuji throw his best chops, and the Young Lion obliged, before a spear, but a top rope splash was much too long in coming. the Dominator locked in the Sheep Killer to further wear down Tsuji, before a Boston Crab was applied, and though Tsuji made the ropes, it appeared he was on borrowed time. O-Khan took his time over a powerslam and vertical suplex; though Tsuji made his opponent rush a little more with a cradle that got two, a belly to belly suplex and another Boston Crab followed up for an O-Khan submission win. 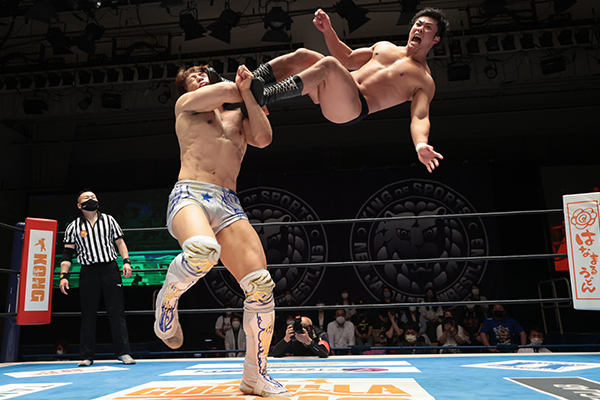 The final gauntlet match of the series saw Yuya Uemura face his own intimidating task in the form of Kota Ibushi. Uemura fought hard to get and maintain an advantage right after the bell as he doggedly maintained a side headlock and resisted Ibushi’s attempts to shoot his foe into the ropes. Ibushi instead reversed the hold, before taking a full Nelson and then taking Uemura to the mat himself.

Uemura stood and tried to fight back with elbows, but Ibushi’s own right forearm quickly dropped the young man. The former world champion followed with a particularly oblique angled Camel Clutch, and as Uemura found the ropes and got to his feet, Ibushi hung on to avoid a dropkick that had the Young Lion crashing to the mat instead. 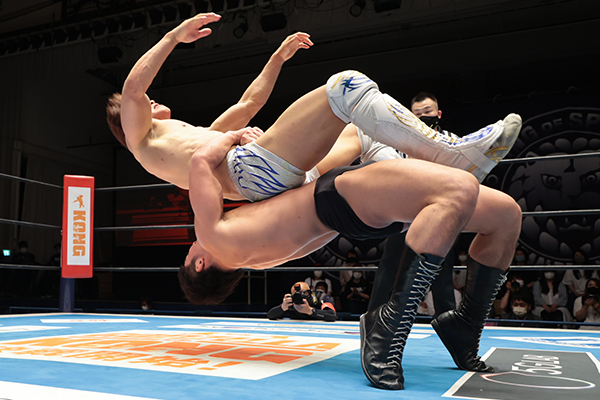 On the second time of asking however, Uemura got up high and strong with a stunning blow. A running version followed in the corner, and a side suplex got two. The momentum building behind the young man, Uemura tried for a Boston Crab, but Ibushi had a particularly violent receipt.

A crushing double stomp was followed with vicious, violent kicks, before Uemura stood and traded, giving as strong as he got. Uemura tried to follow with the Deadbot Suplex, but Ibushi managed to find a crippling neck crank from the overhook clutch; the rookie somehow navigating out with the Boston Crab he had wanted earlier. 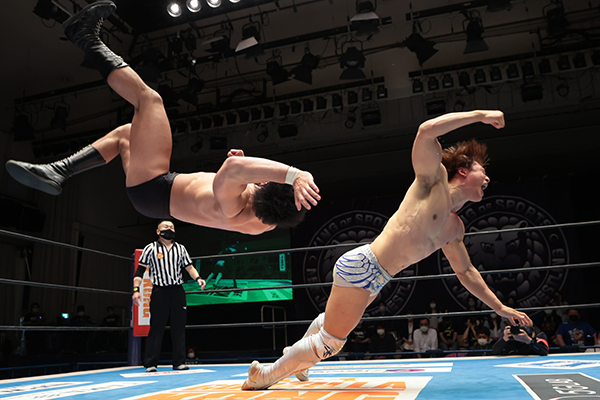 Now it was Ibushi working to the ropes, but once there, the Tokyo Dome main event contender wanted more from his opposition. This Uemura brought with a deadlift German suplex, bridging for two, but getting met with a lariat on the run from Ibushi. An aggressive half crab followed, and Uemura was forced to submit. 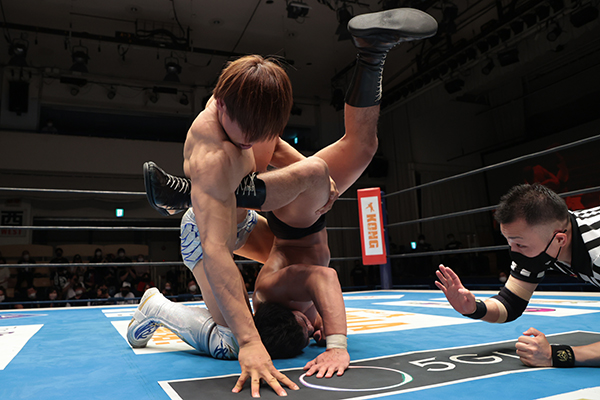