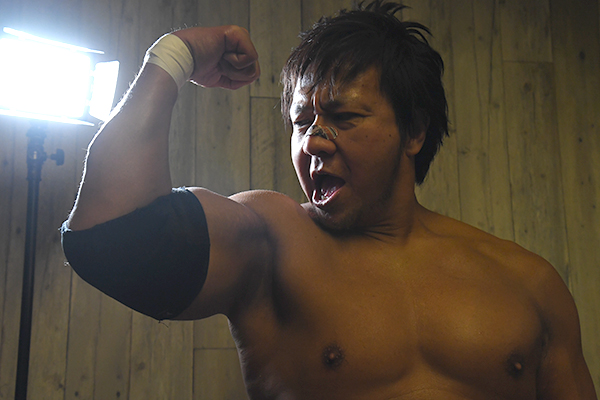 From the Tokyo Dome, to IMPACT Wrestling, to challenging for the NEVER 6-Man gold this week, it’s been a wild 2021 so far for Satoshi Kojima. We sat down with the leader of the Bread Club with some fan questions ahead of his July 2 NEVER title match.

Was your trip to the US a beneficial one?

Kojima: It was nothing but beneficial! About four years ago I spent a month in Mexico, and this was the first time since then I was able to spend a significant period overseas. Just being able to train every day in a different environment and wrestle very different opponents, not to mention the daily life over a month or so, they were all very different and change definitely does you good in my opinion. I think I spent every waking minute during my time there thinking about wrestling.

–It brings to focus how important international excursions are for our young talent as well.

Kojima: Absolutely. I went on my own excursion in 1995, and it was just such a different environment, so motivating. The training, the different opponents, the time you have to think about your craft. You really benefit a lot from that time, and I was able to have my own little callback to that period with this trip.

–Were you able to visit the LA Dojo?

Kojima: Yes, it was my first time there. I was surprised at just how big the place is. It was a little strange to be in America in a Dojo that had such a strong Japanese style atmosphere, but it was so great to see Katsuyori Shibata teach these young kids. It’s taking the best parts of old school Japanese style wrestling and introducing it in a fresh way.

Kojima: Shibata’s definitely doing a great job. It was a great experience, going there.

–And how were the trainees?

Kojima: I’ve met some of them in Japan of course. But they were definitely very diligent. They do all their greetings, their ‘good mornings’, and starting and finishing training, all in Japanese as well.

Kojima: That’s important as well. They’re being taught important things away from the ring, the manners, the respect for NJPW.

What is your most memorable match or moment with Hiroyoshi Tenzan as TenCozy?

Kojima: I think it would have to be the first time we took the IWGP tag team Championships together, January 4 1999 against tenryu and Koshinaka. Part of what made it memorable was that we were right after the famous Shinya Hashimoto and Naoya Ogawa incident, so the crowd was really restless, and it made for a weird atmosphere.

But it was still really emotional to win the titles for the first time together. During that match, Tenzan hit this moonsault from the top all the way to the floor. I’ll never forget that. First and last time he ever did it!

What draws you to the NEVER 6-Man Championships? 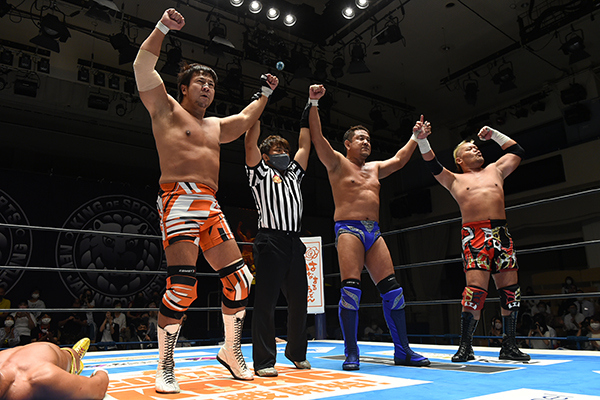 Kojima: As a wrestler, obviously you want any and every championship, but over the last few months, those titles have really become so important. That’s a huge credit to the champions in YOSHI-HASHI Goto and Ishii, so there’s part of me that wants to challenge because they’re the champions; plus I’m excited to be challenging with Tenzan and Nagata as well.

–As good as the champions are, you don’t want the Third Gen to miss out.

Kojima: When it comes to the ties we have between us, our careers and our experiences together, there’s really no better partners than those two.

Do you have any stories from when SANADA was your attendant, and what are your thoughts on him now?

–When was SANADA your attendant? He would have been Seiya Sanada then.

Kojima: He would have come into All Japan around 2007, which was just about when I started having an attendant, so it would have been then.

–What did you think of him?

Kojima: He was very earnest. He clearly loved the business, a good kid. Very quiet, very serious. Like, he would open up a little if you talked to him, but he wouldn’t raise conversation himself. You could just tell that he truly loved pro-wrestling. Me having been in the nWo, he talked about having the nWo CD and the whole deal, heheh.

–Did you get a sense he had that natural talent about him?

Kojima: I did. He was really built like a human spring back then, too. He was young, but he would fill out and grow bigger physically and in terms of that pro-wrestler’s instinct. That earnestness about him really helped him absorb knowledge, and you saw the influence Keiji Muto had on him too. I figured back then that he would be a top guy someday. 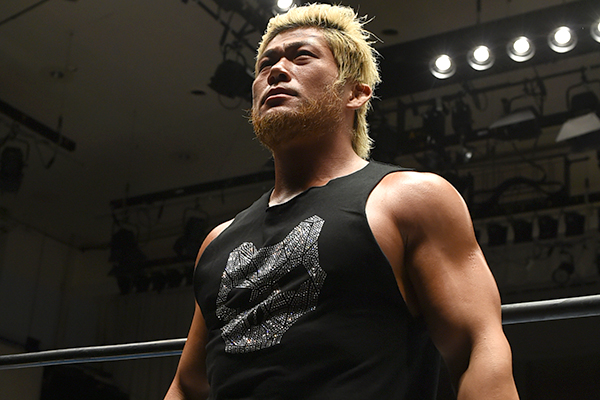 –So what do you think of him now?

Kojima: He still has a lot of the same character traits he had when he started, and he’s grown and developed into a really great wrestler, I think. When he came into NJPW in 2016, I thought it was really about time, and this is where he needed to be to make his break.

Kojima: This is the sort of thing that changes at different points in your career, but I think if I had to pick one, it would be Shinya Hashimoto. It was around the point where I was trying to make a break for myself, I would have been late 20s, early 30s, and he was the champion when I challenged for the IWGP title for the first time.

Kojima: June 11 ’96, in Hiroshima. That was when I really felt how tough Hashimoto was. Then later in June 2003, he was Triple Crown Champion in All Japan when I challenged him, and he just wiped the floor with me. I never did get a win over Hashimoto, so I think that’s partly why I’d have to choose him for this answer.

–What about Hashimoto did you come to realise when you got in the ring with him?

Kojima: Every move that he made was so expertly delivered. Those chops, or his mid kicks, you could look at it and know instantly just how effective those moves were, and then when you’re actually taking them, you know just how painful they are. Even the simplest chop or kick was incredibly powerful and incredibly painful.

Apart from you, who has or had the toughest lariat in NJPW?

Kojima: Manabu Nakanishi had a crazy lariat. With the muscle he had, you might not have seen him as a speed guy, but his knockdown lariat hurt like hell. Kensuke Sasaki had a lot of speed to his as well, and Riki Choshu’s lariat was legendary. So I think those were the real models for my lariat. 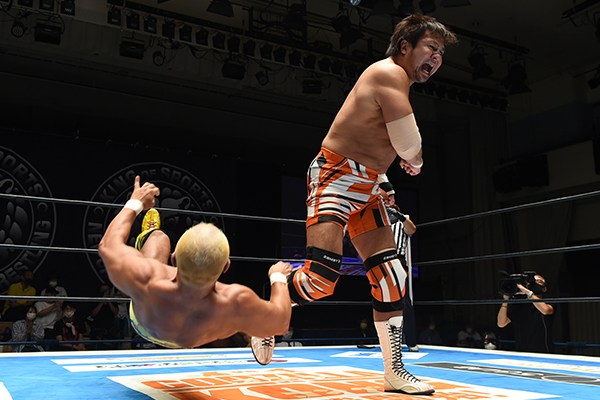 What legend from the past would be your dream opponent?

Kojima: Stan Hansen. Gotta be. When I was in New Japan, he was in All Japan, so our paths never got to cross. I’d love to have wrestled him while he was running wild.

–He actually taught you his lariat form, correct?

Kojima: That’s right! It was in 2002, after he retired. I was wrestling in the US and had the chance to meet him at the venue, and he taught me his lariat then.

–What were the key points he taught you?

Kojima: The impact is important, but there’s a psychology to it as well. What he taught me really changed the way I thought about my lariats. To be honest at first, I was just using those lariats left and right, but he taught me to protect that move, and only use it when everyone knew the end was near. I changed my form as well, really overhauled that move. I owe a lot to that session with Hansen.

In part two, Kojima talks about his trademark look, and Tom Lawlor!