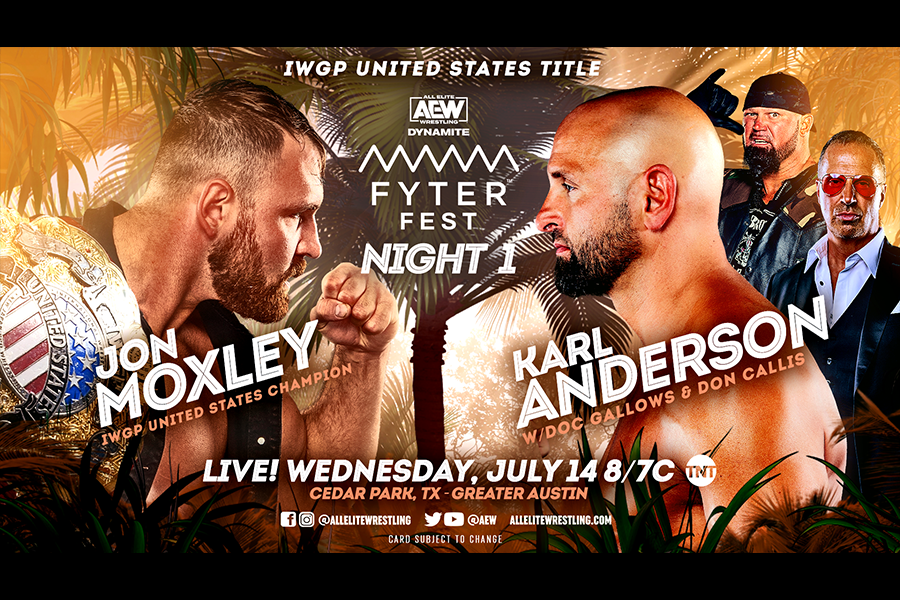 In a major announcement on AEW Dynamite this week, it was revealed that IWGP United States Heavyweight Champion Jon Moxley will defend his title next Wednesday on TNT television.

Making his first challenge to the US gold will be Machine Gun Karl Anderson, who will return to NJPW action at Tag Team Turbulence on NJPW STRONG July 16.

Karl Anderson last held IWGP gold in 2016 when he and Doc Gallows were IWGP Tag Team Champions, losing the titles at Wrestle Kingdom that year to Great Bash Heel. This marks Anderson’s first challenge for an IWGP singles title since November 7 2015, when he challenged Shinsuke Nakamura for the IWGP Intercontinental Championship. Both Anderson and Moxley are scheduled to be a part of Resurgence at the Torch at L.A. Coliseum August 14.

Watch what happens when Anderson and Moxley square off on AEW Dynamite Wednesday July 14 on TNT!