Wrestle Grand Slam finally comes to the Tokyo Dome on July 25, and the final card is locked in place. A stacked event will see four championships, the KOPW 2021 trophy, and a singles confrontation between Jeff Cobb and Kazuchika Okada.

Or order in English or French on FITE! 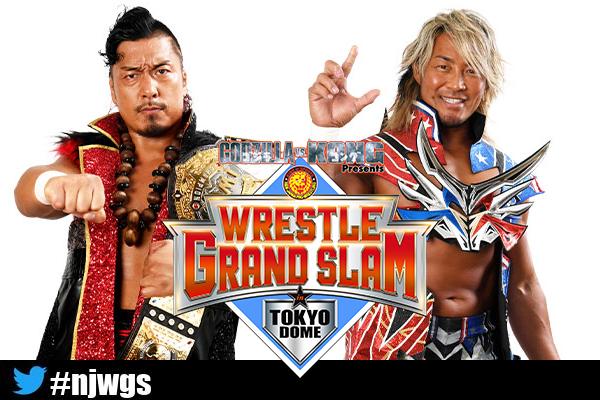 As previously reported, Kota Ibushi has been diagnosed with aspiration pneumonia, and as a result has missed the Summer Struggle tour. After careful monitoring of his recovery, Ibushi is unfortunately unable to compete at Wrestle Grand Slam where he was scheduled to face Shingo Takagi for the IWGP World Heavyweight Championship.

We apologise to fans who were looking forward to seeing Ibushi wrestle. We appreciate your understanding, and hope you join us in wishing Ibushi the best in his recovery. 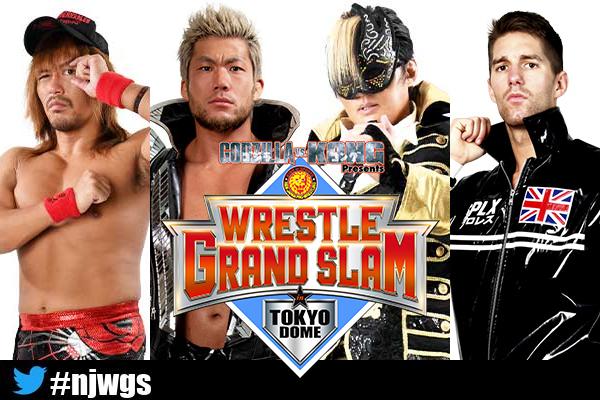 The semi main event Tetsuya Naito and SANADA defending the IWGP Tag Team Championships against Dangerous Tekkers in a rematch from Summer Struggle in Sapporo. July 11 saw the LIJ duo face immense pressure and damage, after SANADA’s arm and Naito’s neck were relentlessly tortured by the champions. Yet it was the unspoken bonds between SANADA and Naito that proved strong enough to seize the gold, SANADA trapping Taichi with Skull End while Naito connected with Destino on ZSJ.

The former champions immediately laid down a challenge, and when a smug Naito ducked the question, the two appealed to SANADA instead. Taichi would raise the ‘brotherhood’ the two shared having been raised in the All Japan Dojo system, and after a profession of respect to Cold Skull, if not to Naito, SANADA granted the request. Can the all star team of Naito and SANADA cement their reign with a successful defence in the Tokyo Dome, or will their time with the titles be a brief one?

Summer Struggle in Sapporo saw Jeff Cobb and Kazuchika Okada in the opposite ends of tag matches, after both had difficult losses to deal with from Dominion in Osaka Jo Hall last month. Then it was Cobb falling in defeat to Kota Ibushi, while Okada lost his IWGP World Heavyweight Championship bout to Shingo Takagi. Having lost to tonight’s main eventers, speculation was rife about how both men would bounce back.

The Imperial Unit would bounce back in grand form. A pair of Tours of the Islands to SHO and YOH in consecutive nights was accompanied with some impressive feats of strength on Okada as well; and some denigratory post match comments. Cobb insisted on saying Okada was a ‘young boy’ only worthy of bringing ice packs to the Hawaiian powerhouse. The comments rightly infuriated Okada, the Rainmaker demanding a one on one bout now official for the Tokyo Dome.

This is the first meeting for Cobb and Okada since the G1, where the Money Clip sealed the deal for an Okada win. Yet Cobb would be subsequently transformed as part of the United Empire, and has been a formidable wrecking ball all the way through 2021 thus far. Having secured wins over Great-O-Khan last November, and Will Ospreay last time NJPW hit the Tokyo Dome for Wrestle Kingdom, will Okada complete his United Empire bingo card, or will the Imperial Unit prove to be the most dominant Olympian competing in Tokyo this July?

After a hard fought victory over Taiji Ishimori in the main event of July 10’s Summer Struggle in Sapporo card, Desperado didn’t have any time to drink in his victory. Before speculation could begin over who would be next for the masked man’s throne, a surprise video appeared on the arena screens.

Robbie Eagles delivered a message that he could not afford to stand by and wait for his turn to come around. The Sniper of the Skies put himself in the mix with a challenge that Desperado soon accepted. It’s a high pressure spot for Eagles; his second challenge to the IWGP junior gold will be his first main card match at the Tokyo Dome, and against an opponent he is yet to beat either in singles or tag competition.

Yet after months dominating the Australian scene, Eagles is sure to come up with new strategies, likely centered on disabling Desperado’s knee. With the champion similarly profcient at attacking the base of his opponents, this is set to be a thrilling and highly technical clash. 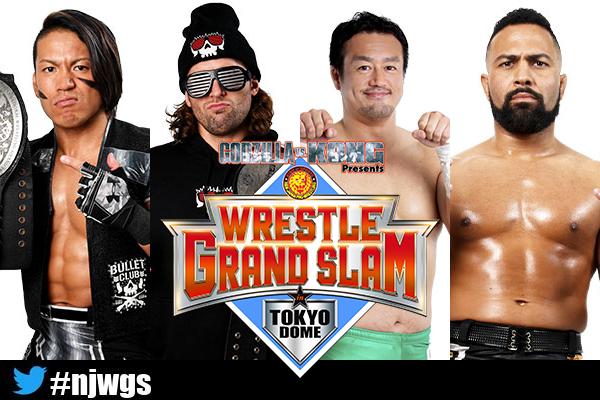 Kicking off the main card at Wrestle Grand Slam will be the IWGP Junior Heavyweight Tag titles. The Mega Coaches reunited at Summer Struggle in Sapporo July 10, and immediately set to work, Rocky Romero surprising El Pahnatsmo with a Hurricanrana on July 11, and opening the door to this championship challenge.

While some tag rust may be a factor, and the Mega Coaches haven’t challenged for a title together since February 2020, one can never discount the tag team acumen of both Romero and Taguchi. Could a combined 14 tag championship reigns become 15 in the Tokyo Dome, or will ELP and Ishimori bounce back from losses in their last Dome outings as singles and tagging to retain their titles? 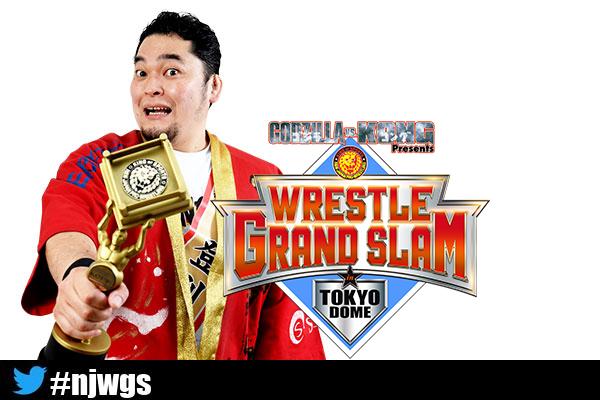 Tokyo Dome action will kick off with the ever exciting and unpredictable New Japan Ranbo. Who enters, and in what order? Who leaves with the KOPW trophy? It’ll be a great way to throw out a spectacular opening pitch or Wrestle Grand Slam!