July 22 will see Summer Struggle hit Osaka for the first night of a double header, the Prefectural Gymnasium card headlined by a pair of singles previews for Sunday’s challenge from Dangerous Tekkers to reclaim the IWGP Tag Team Championships from Tetsuya Naito and SANADA. 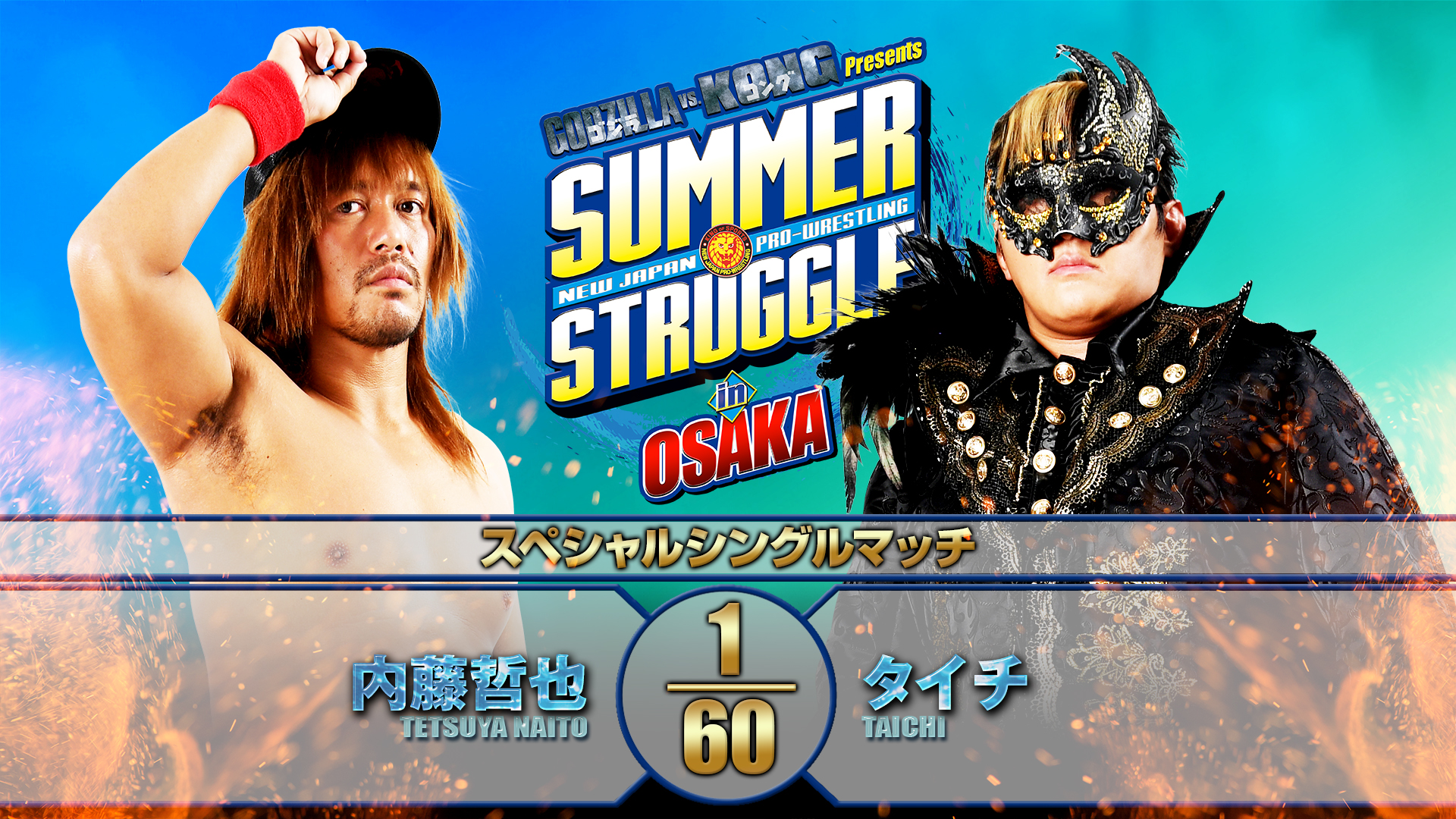 Tetsuya Naito goes head to head with Taichi in the main event of night one in Osaka. When Tetsuya Naito and SANADA challenged, and defeated Dangerous Tekkers to seize IWGP Tag team gold in Sapporo July 11, Taichi was quick to demand a rematch along with his partner. It was with respect to SANADA that the deposed champions appealed, however, as both Taichi and ZSJ have little love for Naito.

In Taichi’s case, a connection to Naito stretches all the way back to both men’s earliest days in NJPW, Taichi having transferred from All Japan while Naito was still a rookie. Years later, when Taichi turned heavyweight in 2018, it was under Naito’s provocation, and Taichi sought to make a violent mark on El Ingobernable in his first match in the division. Losses followed for Taichi, even as he brought Takashi Iizuka as an insurance policy to an IWGP Intercontinental Championship challenge in Sapporo in 2019, but that summer, the spirit of Iizuka turned the tides.

The Iron Fingers From Hell helped Taichi to G1 Climax victory over Naito two years ago, but in 2021, neither metallic hands, nor partners past or present will be a factor in this singles main event. That isn’t to say the Holy Emperor is above bending the rules in some other direction however. Will Taichi gain the advantage before the Tokyo Dome tonight, or will it be Naito triumphant in the first of two Osaka main events? 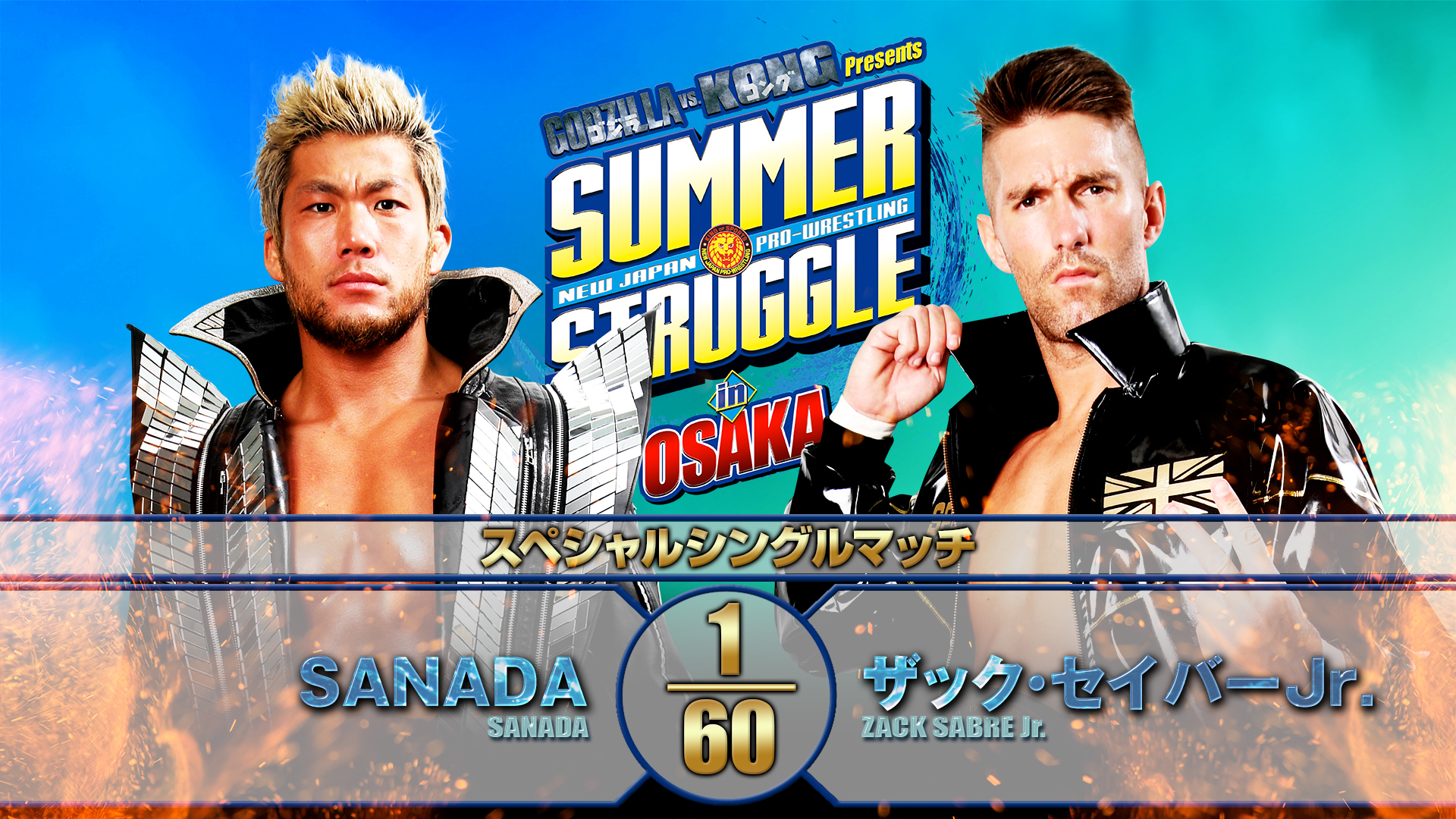 SANADA and Zack Sabre Jr. will continue their own storied rivalry in the semi main event tonight. Sabre has recently professed a grudging respect for Cold Skull after six singles confrontations have left them with an even 3-3 record. Respect hasn’t always been de rigeur however. Their first meeting in 2018’s New Japan Cup saw Sabre score a submission victory that inflated the Briton’s considerable ego, while subsequent G1 wins for SANADA have sent ZSJ into a petulant rage.

Still Sabre can say that in every non G1 environment, he has the upper hand on his opponent tonight. From that New Japan Cup, to a UK encounter for the British heavyweight Championship, to the Tokyo Dome in 2020, ZSJ has proven superior. Will that continue to be the case in Summer Struggle? With submissions or flash pinfalls possible at any given second, this is a hard one to call.

With Kota Ibushi absent from action in Osaka and Nagoya, Tomoaki Honma will fill his place to take on Shingo Takagi and BUSHI. What action will the champion take as his challenger’s status is to be confirmed? 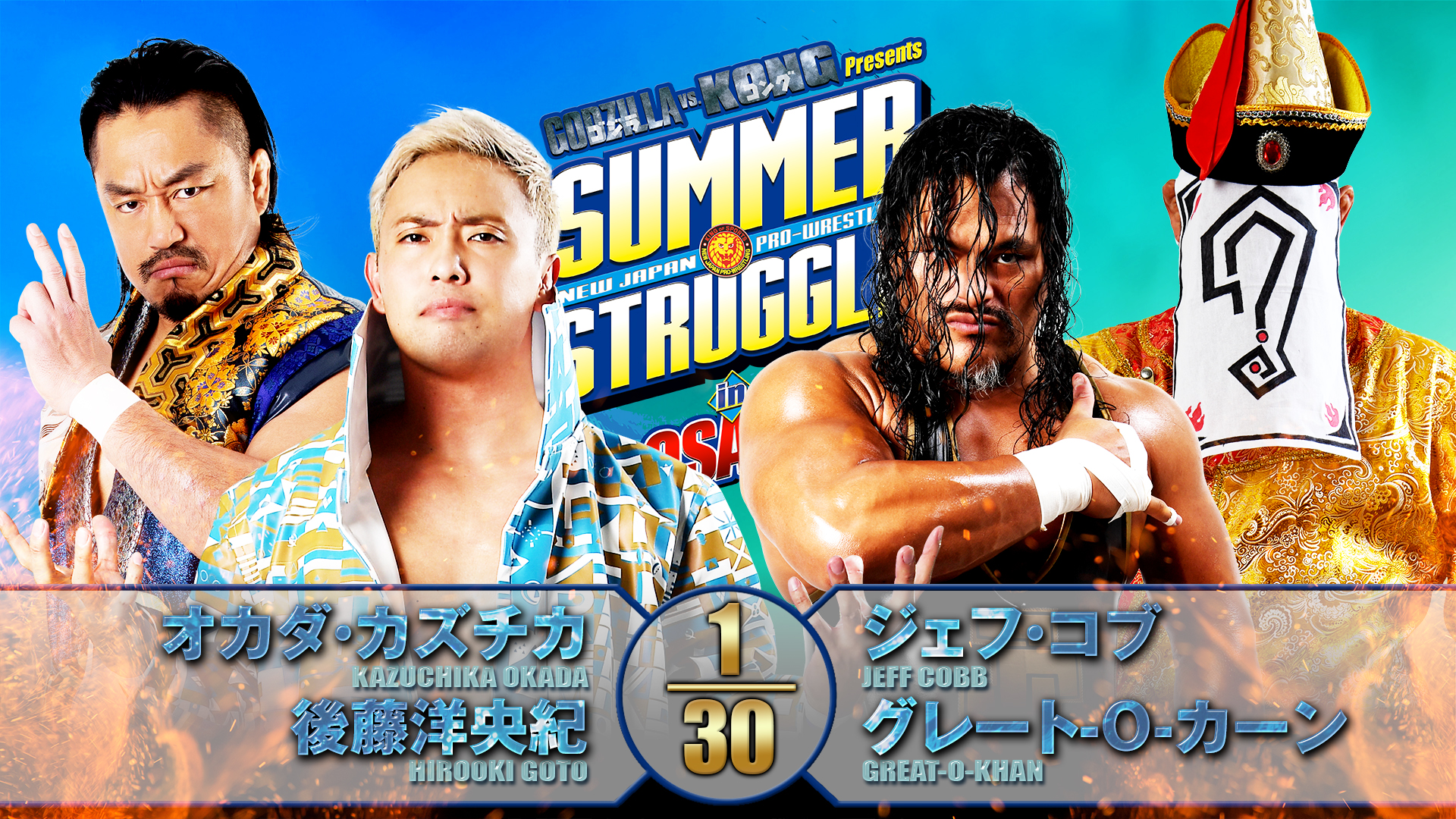 With a singles confrontation against Jeff Cobb set for Wrestle Grand Slam July 25, Kazuchika Okada faces the Imperial Unit in tag action tonight. After Jeff Cobb’s disrespect toward the Rainmaker in Sapporo extending to calling Okada a ‘young boy’, Okada will have some serious malintent for Cobb and O-Khan tonight. Meanwhile, Hirooki Goto will provide some vicious backup in his own right, having already beaten the United Empire when teaming with YOSHI-HASHI during World tag League. Will Osaka bring similar success? 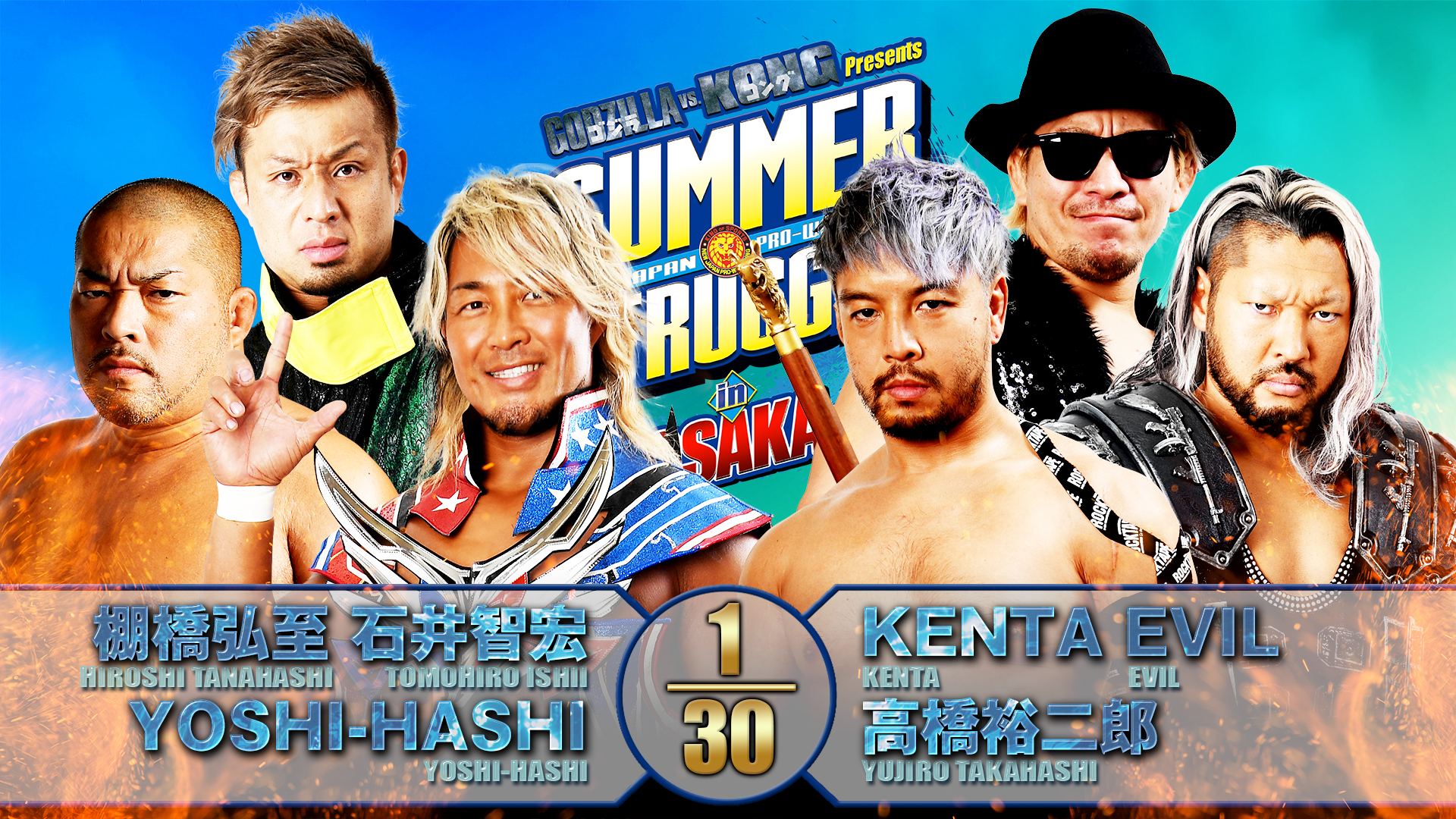 The second match of the evening will see Hiroshi Tanahashi and Tomohiro Ishii continue their issues with KENTA and EVIL. After a weekend battle in Korakuen Hall saw Tanahashi and Ishii laid out by BULLET CLUB, time is running out for the Ace and the Stone Pitbull to return the favour before singles clashes in Nagoya Saturday. What will Osaka bring? 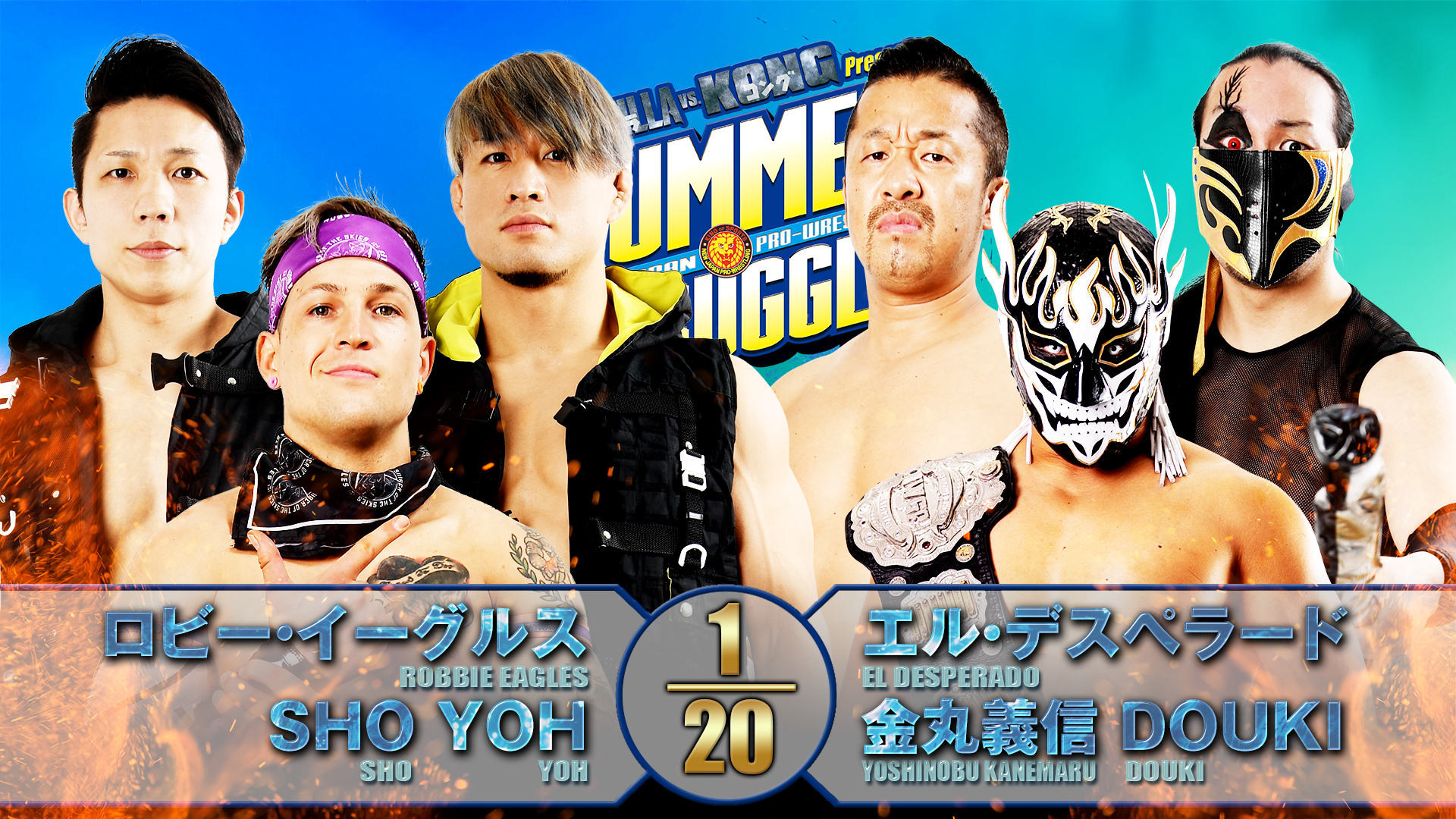