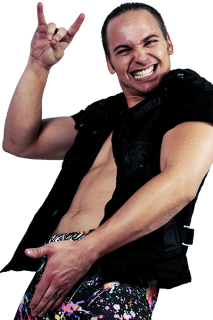 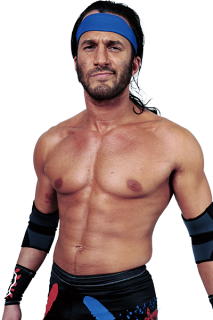 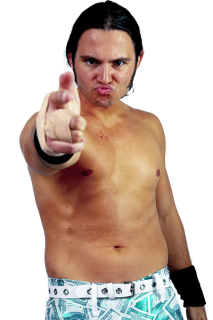 Romero: (*Coming into the interview room with the belt in his hand)
Happy New Year! Happy New Year! Happy "FN" New Year! (*Giving a chair to Beretta who is entering the room while dragging her legs) Now, sit down here! (Stand the belt on the table) Now, see this ... Happy New Year. Konnichiwa. Konanyachi ... OK, let's go ... Roppongi Weiss is ... champion!! That's it for the third time. On 4th January 2017, Beretta and I were reborn. 2016 was a tough year. Well, that’s difficult, but let’s embark again to 2017. I will go straight ahead. And we became the best tag team on this planet, we bet them today, yeah, Young Bucks!!

Romero:
"Have any idea who we bet today? The best freaking team?"

Beretta:
"We bet the best team, so we are the best among the best, so that's why I became an IWGP junior tag champion. That was pretty tough fight. I can’t talk anymore. Cos I got injured and I gotta go to see the doctor. So I’ leaving now (I say, * I will withdraw the belt alone by hands) "

Romero: (Keeps commenting)
"Personally, for me it was a goal. Talking about only me, this is the seventh time, the seventh IWGP Junior Tag Champion Jusin ・ More than Thunder ・ Rigger. Better than Prince! David Rocky "AZUCA" Romero has rewritten the record, as long as Beretta is always there! Roppongi Weiss never stops! Now, who is the next opponent? Everyone is okay! Come here! No matter where you came from - Orlando, New York, Tennessee or even Tokyo, Japan. Roppongi Weiss is the best champion, the best tag team, be sure to remember it! Shall we shout? 1, 2, 3, Nakasso! 1, 2, 3, Shibakuzo. Roppongi Weiss, the Best! The best! Thank you (※ ※ screaming while pulling out) Roppongi Weiss is the best in the world! "