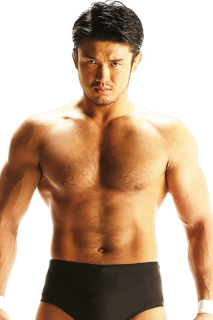 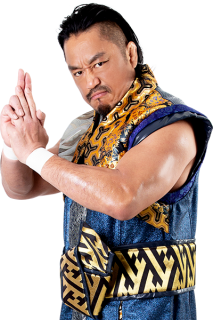 Goto:
'Thank you very much! Today’s result is the result of what I did since last year. Well, this is not the goal. Well, from tomorrow as my NEVER champion, I want to fight with confidence in the ring'

--- If you talk to Shibata now, in what kind of manner will you talk?

Goto:
'You've been taping to your neck for a long time. Cure it ASAP! Cure it at your best! You will be able to recover quickly, it's time to rematch again. '

--- I think the same card was in Tokyo Dome three years ago. Please let me know if there is any difference from 3 years ago.

Goto:
'Well, the only thing changing inside me is the standing position, there are not much other changes, perhaps there was a totally different change in him, and that's why it was like this today's game I'm talking on the ring firmly. Thank you. Thank you. '


Shibata:
'I will not rematch .... It is OK, now, Goto should do (defense game) at a monthly pace (bitter smile) I am myself! (while holding a belt) I could express my wrestling with that belt. I do not know how it will go, but for now I do not intend to (rematch), it is not fun to do, is not it a funny new guy it's fine'

--- Before the game I said "I want to talk during a battle", but what kind of impression did you have about impression and impression to Goto players today after joining CHAOS?

Shibata:
'Well .... When I got injured in the jaw, I was aiming at the jaws scatteredly, but I felt like I was bouncing back, today. It was different from before ... Finally, the conversation was born during the game. '

Shibata:
'Well, I don’t know. People are thinking that it is going to go in a direction that makes him change in a good way as to how the battle feels, since it is because you are me, you can not do it. I will be confident of playing Shibata Katsunari anywhere, no matter where I go. '

--- Please give me the brief outlook of this year.

Shibata:
'This year's prospects? Well, it's one more thing to me, there must be a belt, (Hitting the belt ※) I have not come here The belt, that I should have had not come here (Bitter smile). It's also a champion of the British Empire, so I will return to England and the UK for the time being.'

--- Without belt clip removed, did you lose interest in Goto Yo-ki?

Shibata:
'I am lost, because I'm not losing, I am losing interest ... Not for me to lose interest .... For me, I thought I would seal it if I win. What is my opinion, what do you think? NEVER 's rush, so I lost, I have nothing to say anymore, about NEVER'

--- Although Goto, who came here earlier did not get any questions. The questions are not flying to Goto who won. They are only flying to Shibata who lost. What do you think of this reality?

Shibata:
'It’s unclear to me, but I guess last 1 year is big. I lost the game, but as a game I lose the defeat, but anyway defeat is defeat. I was not fully prepared. Last year was too full of emotions. I think it was today 's cheer, and I felt that my professional wrestling is a right choice, so it was a nice experience. Goto seems to be going to do (defense fight) from the third generation at 1 pace of the month. I for the time being I will return to the UK for the time being. I’m finished, thank you!'