Summer Struggle continues on July 27, as we deal with the fallout from Wrestle Grand Slam in the Tokyo Dome, and get set for a series of events that will culminate at the MetLife Dome September 4 & 5! 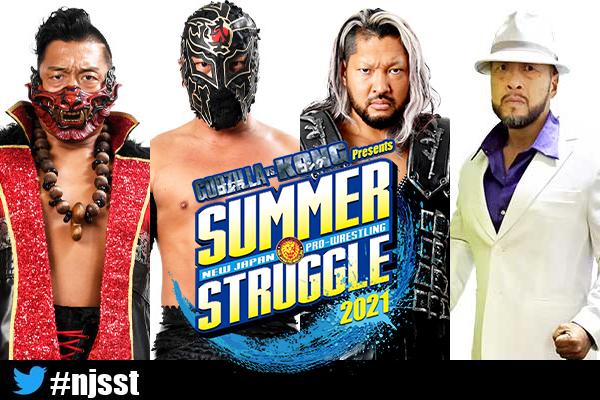 After EVIL attacked Shingo Takagi at the conclusion of Wrestle Grand Slam in the Tokyo Dome on July 25, he put himself at the front of the line of IWGP World Heavyweight Championship contenders. That match is now official for the next Grand Slam weekend at Met Life Dome, taking place on September 5, and Takagi will have to contend with the King of Darkness and the Spoiler in tag action tonight.

BUSHI will provide backup for the Dragon, who has beaten EVIL before in the New Japan Cup, but there is no doubt that BULLET CLUB have devised new tactics to do whatever it takes to wrest World Heavyweight title control from Shingo on September 5. Will this main event be a sign of things to come in Saitama this September? 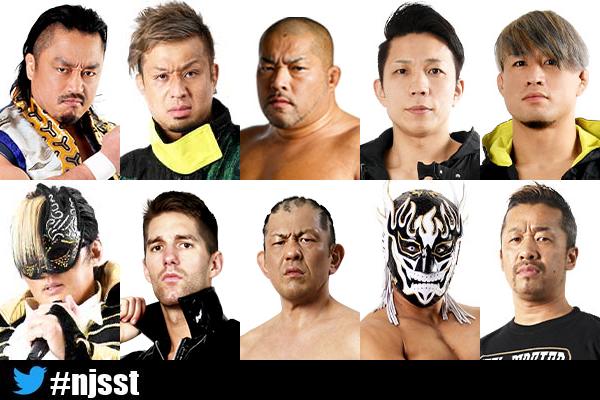 A rambunctious ten man tag will see CHAOS and Suzuki-Gun collide in the semi main of the evening. Roppongi 3K will resume a long running tag team rivalry with El Desperado and Yoshinobu Kanemaru, while we’ll also see a preview of Sunday’s NEVER Openweight 6-Man Tag Team Championship main event between CHAOS and Suzuki-Gun trios. This will be a wild and unpredictable affair for sure. 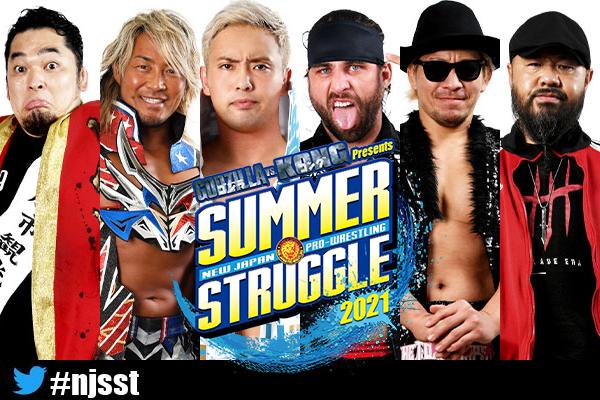 A night of surprises at Wrestle Grand Slam all started with Chase Owens coming out as the winner of the provisional KOPW 2021 trophy, after outlasting the field in the kickoff New Japan Ranbo and pinning Toru Yano. Now Yano will be quick to try and reclaim what’s his, as he enlists some pretty powerful backup in this six man tag. Will the Rainmaker and the Ace help the Sublime Master Thief make a case for a more direct rematch? 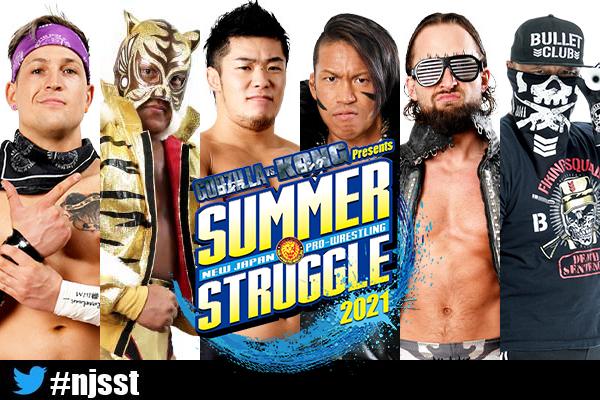 Tiger Mask teams with Super Jr, Tag League partners past and future in Yuya Uemura and Robbie Eagles to take on BULLET CLUB. Eagles is riding high after capturing the IWGP Junior Heavyweight Championship in the Tokyo Dome Sunday, and now will meet his longtime nemesis in Phantasmo. Meanwhile Ishimori and Phantasmo scored their own satisfying Tokyo Dome victory at Wrestle Grand Slam, and will look to set the pace before the Super Junior Tag League next week. 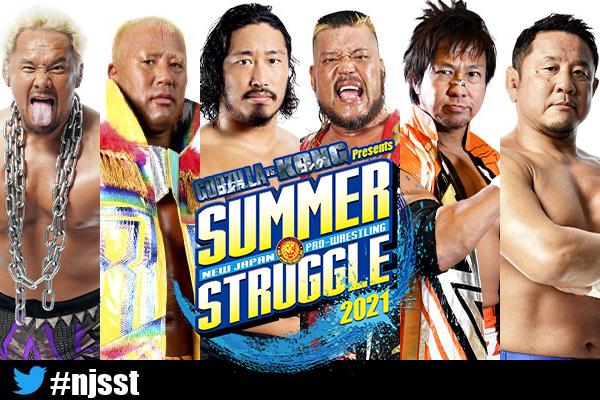 Starting the night off, Yota Tsuji will join a group of hontai veterans in the opener. Tsuji is less than a week away from finally receiving his sendoff match against Tetsuya Naito in Korakuen Hall before going on a long awaited excursion. Before he can move on from the Dojo life however, he must fight alongside and against his hard hitting seniors.