Goto picks up main event win, but is left laying after the bell 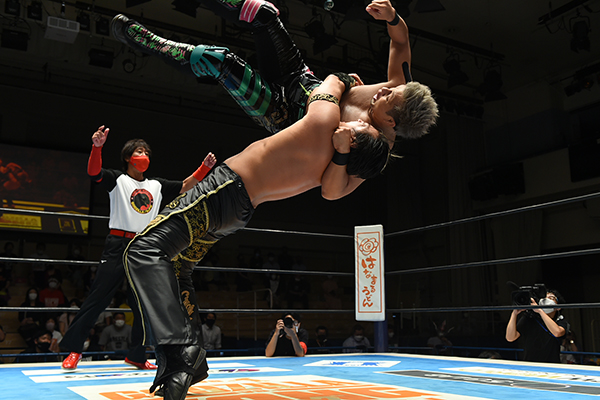 A traditional Suzuki-Gun jump start saw the ring cleared and a wild fracas erupt outside before Taichi and Kanemaru fell victim to a clubbing by their four opponents. YOSHI-HASHI kept the pressure up on Taichi, but a Dangerous Backdrop changed the match in an instant. The Headhunter fought to get out of the blue corner, but was kept rooted in place and brutally punished by the Suzuki-Gun quartet of pain. 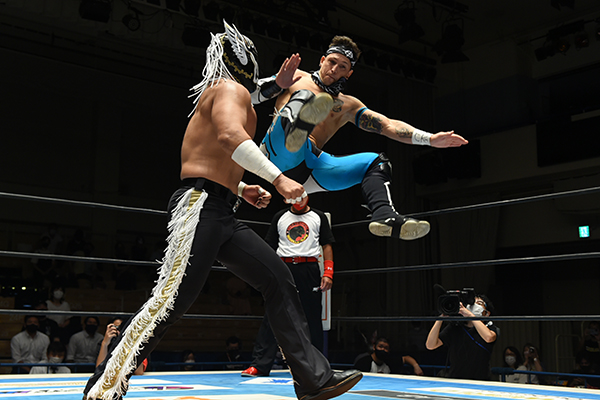 Yet YOSHI-HASHI was able to finally work free of the Seitei Jujiro and land a Headhunter to bring Goto inside. With Tiger Mask and Eagles assisting, the rare triple Greco Roman throat hold had Taichi in trouble, as did a lariat before a jumping high kick allowed a tag both sides to Kanemaru and Eagles. Though the Super Jr. Tag League winners set to work on Eagles’ leg, a leg lariat would get Tiger Mask inside, and the veteran brought some punishing kicks to Desperado before a spinebuster put him in Numero Dos. Tiger Mask escaped, and pitced Desperado over the top rope to the floor, but thanks to a distraction from Kanemaru, the referee didn’t see what should have been the first elimination of the night. Instead Desperado would eliminate the masked veteran to give Suzuki-Gun the 4-3 advantage. 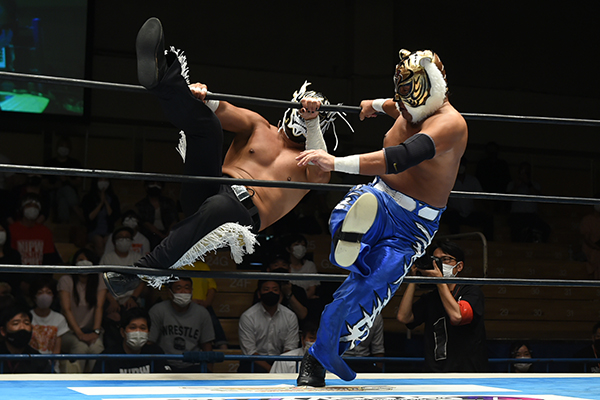 Looking to capitalise, Desperad0 went for Pinche Loco on Eagles, but was backdropped over the top rope. Using his flexiblity and tenacity, Despe resisted elimination, and brought Eagles out to the apron with him, but precarious fighting would lead to an enzuigiri that sent the former champion crashing to the floor and evening the numbers.

Eliminations followed in quick succession as Kanemaru sent a springboarding Eagles tumbling to the floor, while Goto and YOSHI-HASHI pitched Kanemaru out. Now a direct preview of tag team championship action at MetLife, Goto and YOSHI-HASHI were left with Dangerous Tekkers. Headhunter and Holy Emperor threw all they had behind lariats as they tried to outdo one another in strength and spirit, but Goto would break the deadlock with Ushigoroshi, and with all four remaining men inside, it wasn’t long until all four bodies were on the canvas. 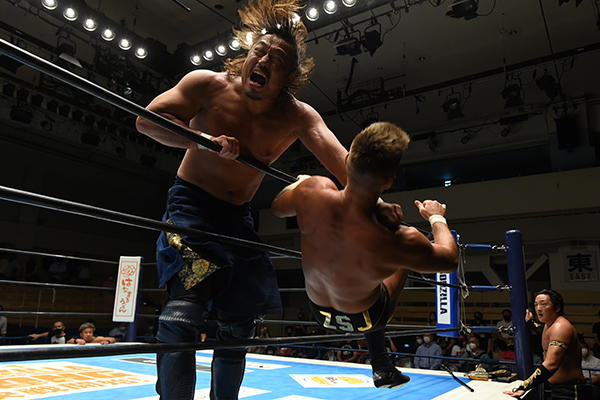 As YOSHI-HASHI and Taichi found their feet, they both looked for over the top elimination. precariously on the apron, Taichi wanted a Nodo Otoshi to the floor, but a counter saw a Butterfly Lock put him out, only for ZSJ to boot the Headhunter out of contention. Down to one on one, Goto and Sabre frantically fought for the deciding elimination, Goto resisting a brutal headkick that almost sent him to the floor and pulling himself back in the fray.

Goto looked for a top rope elbow to Sabre, but was caught and trapped by a ZSJ armbar. In charge, the Briton taunted Goto with kicks, only succeeding in firing up the warrior, who, when GTR was denied with a flash pin attempt, responded with a thunderous lariat. Goto brought Sabre to the apron, and though ZSJ snapped his opponent’s arm across the top, there was still enough power in the lariat that sent him out and granted the CHAOS member victory.

Post match, Goto prepared to address the crowd, only to see Dangerous Tekkers unleash an attack from behind. A Taichi Black Mephisto caught Goto while ZSJ landed the Zack Driver on YOSHI-HASHI, and Sabre left both challengers laying with the comment that their ‘fairytale championship win’ would not be coming true. 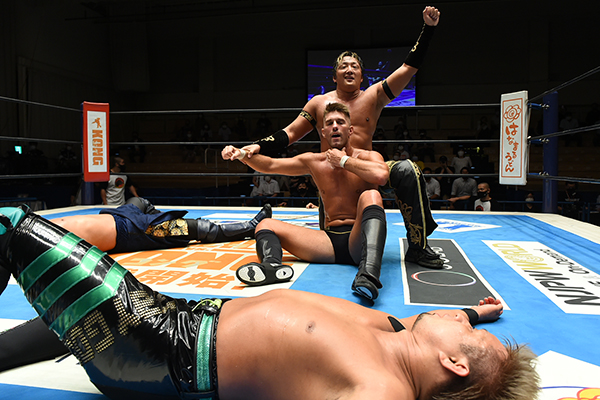