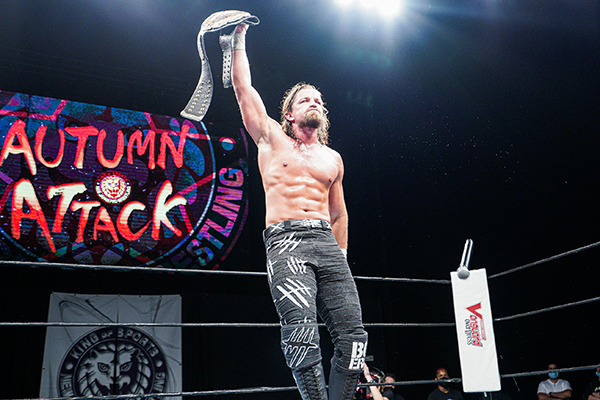 NJPW STRONG this week saw the Autumn Attack series from DFW Texas get underway in spectacular form, the STRONG Openweight Championship being defended for the second consecutive week, and champion facing champion in the main event between Robbie Eagles and Jay White. 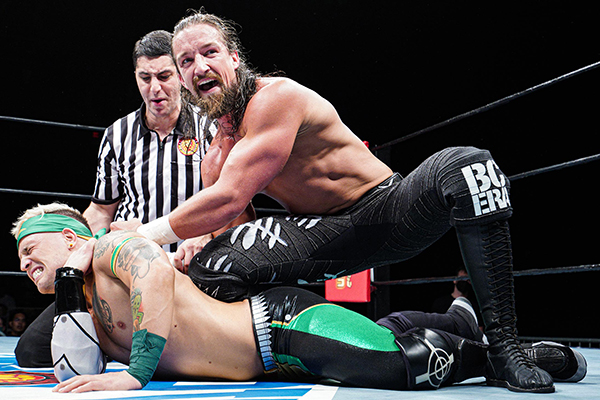 Eagles started fast against White, stringing together high paced offense to have the NEVER champion on the back foot. That’s precisely where White is at his most dangerous though, and boots would put the Switchblade in full control, instantly killing Eagles’ momentum. The junior heavyweight title holder would be able to fire off strikes in combination, but White continued to counter punch, jumping over a low 619 and spiking Eagles with a DDT. 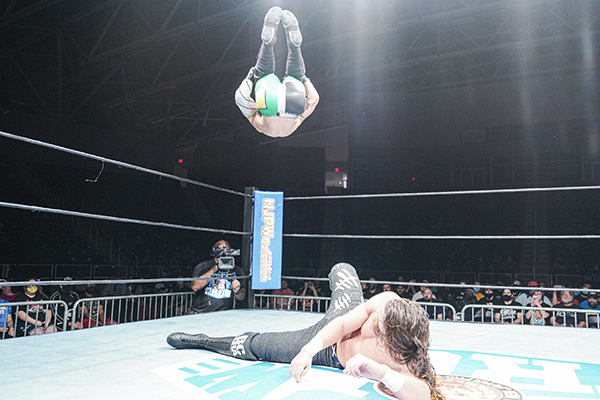 A lope con giro would again see Eagles rally, only to be countered with a crunching lariat from White, who showed heavyweight power with devastating suplexes. The BULLET CLUB leader continued to crush Eagles with sickening strikes as his CHAOS opposition refused to give up, and went to the knee, landing a 619 to the knee before locking in the Ron Miller Special. 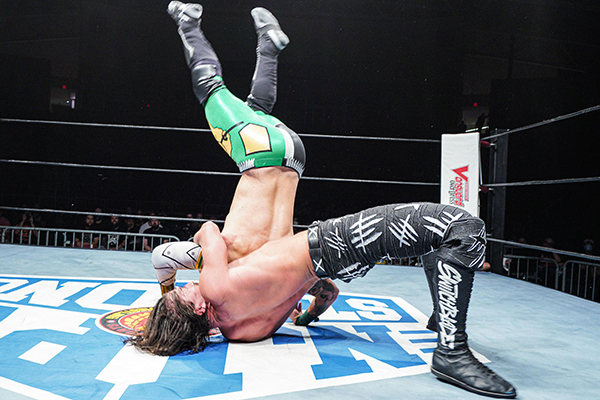 Eagles scored with the Turbo Backpack, and went up for a 450 over the leg before going back to the Ron Miller, but White escaped and landed a Snap Sleeper Suplex before crossing the arms for a modified Bloody Sunday and then the Bladerunner for a hard fought victory. 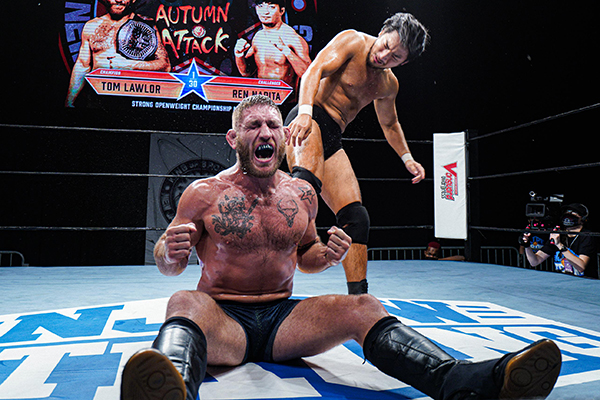 The STRONG Openweight Championship was also on the line in Texas as Ren Narita challenged Tom Lawlor. Narita would have a surprising level of presence and control against Lawlor in the early going, with a tight headlock and a tackle that frustrated the champion. A leglock would have Lawlor sweat up past the five minute mark, but when the champion took the fight outside, Narita would taste ringside steel and Lawlor would take over. 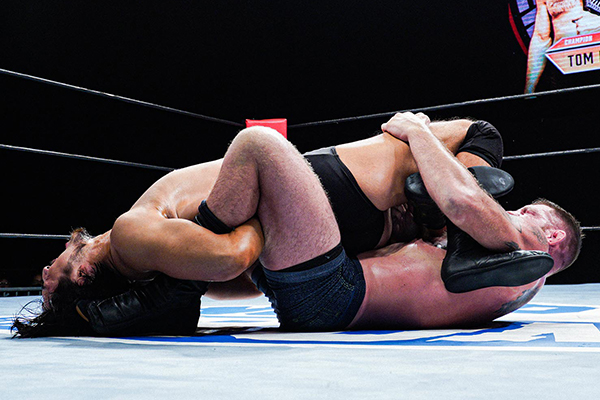 Narita would resist Lawlor’s strikes and hit a front suplex and half hatch for two, before a brainbuster gave him another nearfall. Narita would unleash brutal strikes in the ropes, but an emphatic uranage slam and an exploder suplex would put the champion back in control, Lawlor using a Sharpshooter before his challenger fired back, applying a rear naked choke and then a Cobra Twist. 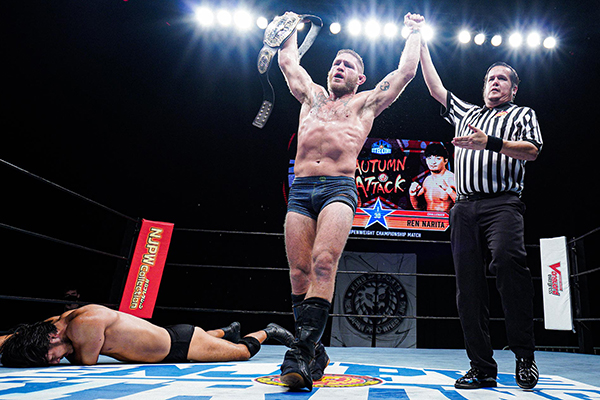 Narita would bridge out of a Lawlor cross arm breaker to go to Narita Special #3, converted to a leg lace and then Figure Four. When Lawlor broke the grip on the hold, he would lock in Nagata Lock IV, before stretching every other limb in his power, using the St. Andrew’s Cross to submit his challenger. 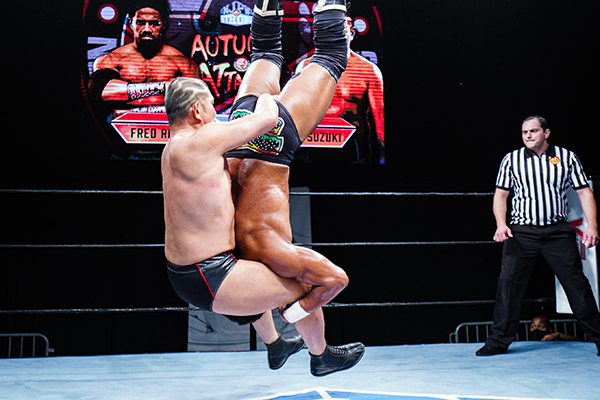 The night kicked off with Fred Rosser taking on Minoru Suzuki in a special singles match. Rosser was not afraid of the King, and didn’t back down as he threw the first shot. The action was wild throughout, as Suzuki hurled furniture at the Suntan Superman outside the ring, but was dropped by Rosser onto the apron. Ultimately though, attempts at Gutcheck would not pay off, and Suzuki would eventually land the Gotch Style Piledriver would connect to give a win to the King.