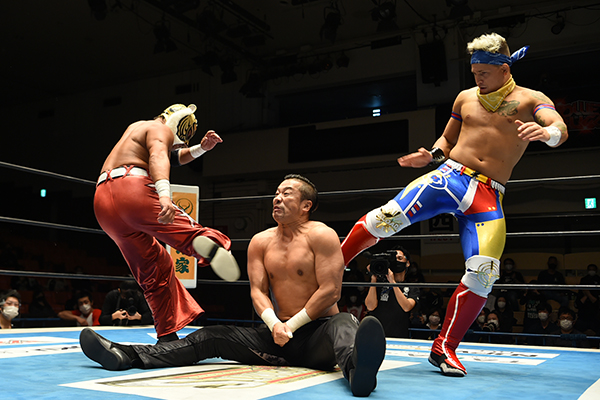 The main event of the final Korakuen stop of the Road to Power Struggle saw the IWGP Junior Heavyweight Tag Team Championships on the line, the Flying Tiger team of Robbie Eagles, in Philippines themed ring gear and Tiger Mask facing El Desperado and Yoshinobu Kanemaru of Suzuki-Gun.

Kanemaru would start with Tiger Mask, who surprised Kanemaru with a back heel trip, and connected for double team kicks with Eagles, before the champions took control on the floor. A ringside assault would be maintained inside, with the veteran Tiger Mask isolated and his knee worked over. Tiger would use his good knee as a base for a tilt a whirl back breaker though, and a mule kick would bring Eagles inside. 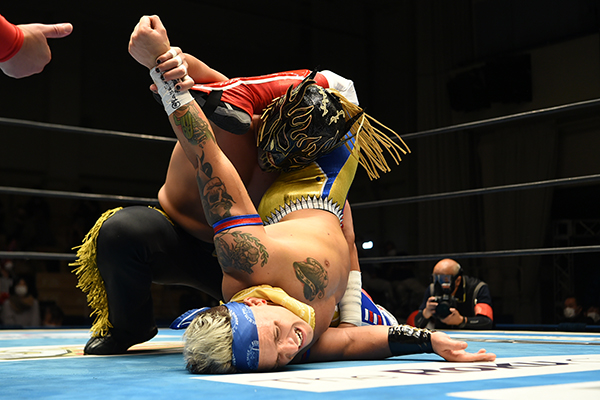 The IWGP Junior Heavyweight Champion would fly in and flow between takedowns on both opponents before reeling off kicks to each of the Suzuki-Gun tag champions. Desperado would catch a kick from the Sniper, but Eagles would send Kanemaru careening into his own partner, and stayed on top as he picked at Desperado’s knee before an Asai DDT was blocked, and a spinebuster would lead to an attempt at Numero Dos at the ten minute mark. 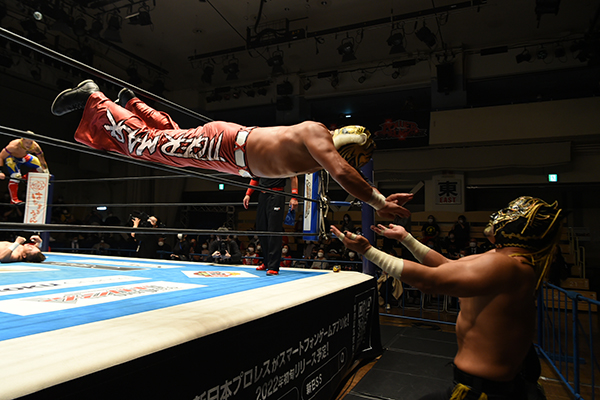 As Eagles made the ropes, both traded strikes, a Loco Mono fist from Desperado and a head kick from Eagles leading to tags both sides. Tiger Mask would land a counter foot stamp to Kanemaru, and avoided the a Deep Impact attempt to land a Tombstone. Kanemaru would block the Tiger Suplex and Tiger Driver though, and a basement dropkick would create an opportunity for Kanemaru to lock in the Figure Four. 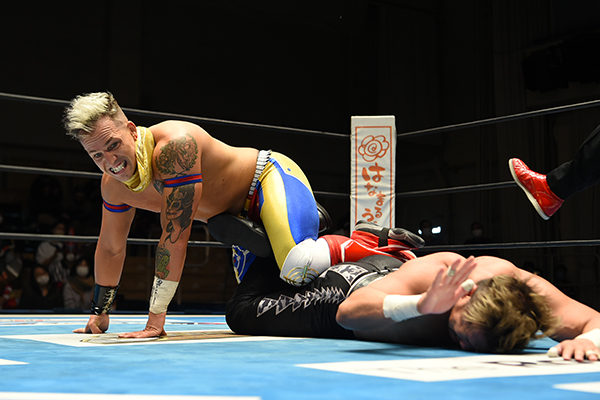 Tiger came close to tapping but inched his way to the ropes, and kicked out of a follow up Kanemaru Moonsault. Finally creating space, a Tiger Driver would allow for a tag to Eagles, who dropped Desperado off the apron before taking aim and hitting a springboard dropkick to the knee. With a double team in the corner, and then the Turbo Backpack, Eagles scored a near two, and as Tiger Mask took flight with a tope suicida to Desperado, the 450 from Eagles crashed across Kanemaru’s knee. The Heel Master desperately tried to counter the Ron Miller Special with cradles, but would get caught in the hold, and tapped center ring. 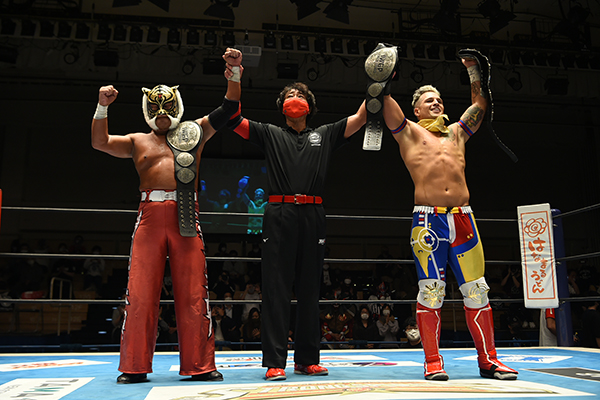 After the match, Tiger Mask admitted that with illness striking him last year, he thought his time might be done, but winning the tag titles proved that he can still fight with the best young talent. Tiger congratulated Robbie and told him to keep his double champion status at Power Struggle. Eagles defends the IWGP junior Heavyweight Championship against El Desperado on November 6.