NJPW STRONG sees the penultimate week of action from the Nemesis series this Saturday, as Rocky Romero targets his own nemesis in Black Tiger, and Taylor Rust returns to NJPW rings in the main event. 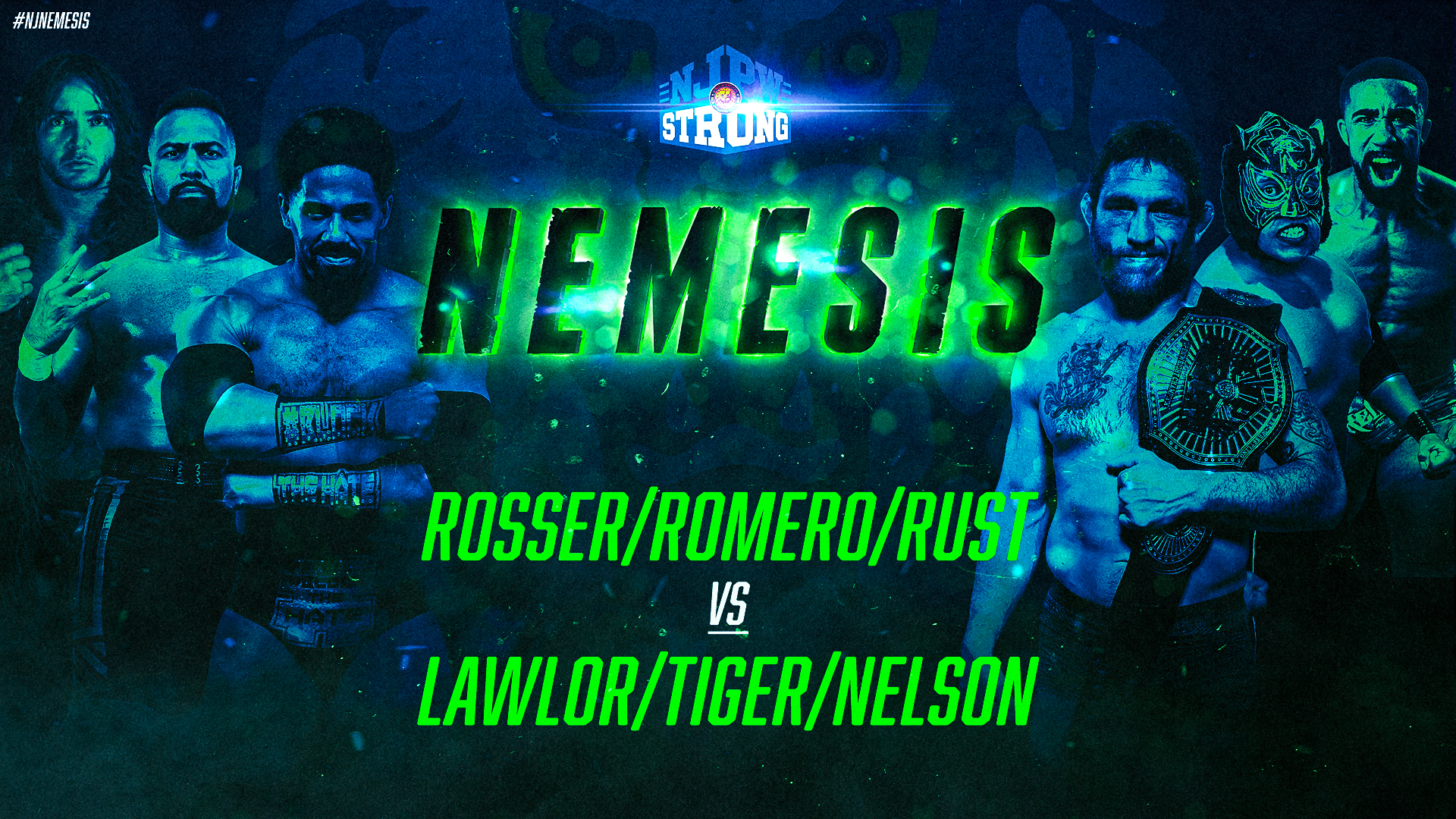 Headlining this week’s episode Fred Rosser, Rocky Romero and Taylor Rust take on Tom Lawlor, Jorel Nelson and Black Tiger of Team Filthy. After Lawlor defended the STRONG Openweight Championship for the sixth time against Fred Rosser in Riverside this past December, Taylor Rust made his return to NJPW STRONG, and laid out his one time filthy team captain with the Perfect Circle to declare himself Lawlor’s next challenger. With that title match set to emanate from Seattle in the weeks to come, a championship preview for Rust, and a chance for revenge for Rosser.

When Rust was a part of Team Filthy, he made an enemy of Rocky Romero, and Romero and Rust haven’t seen eye to eye since the very beginning days of STRONG in the summer of 2020. They have common foes tonight though, and Romero has his hands full with Team Filthy’s new Black Tiger. Ever since the masked man appeared in Philadelphis to attack Rocky, Mr. Azucar has been bound and determined to expose the man who Romero is convinced is a figure from his past, both in true identity, and cloned character. After a disappointing loss during Detonation, will Romero strike back tonight? 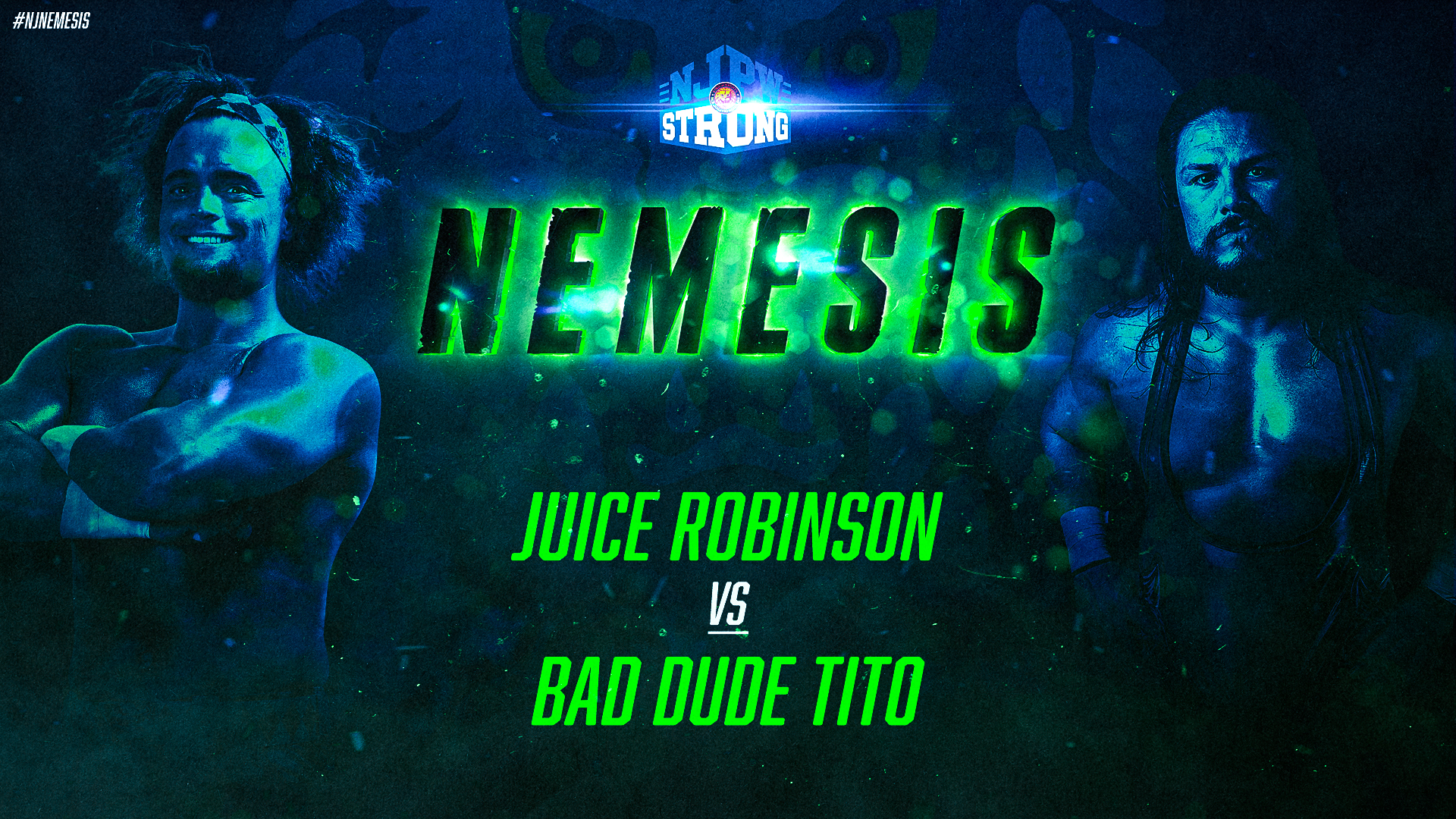 The night’s second match will see Juice Robinson face the debuting Bad Dude Tito. A powerful but highly athletic ten year veteran of the west coast scene, the Hollywood fans are familiar with Tito for his long tenure in Championship Wrestling From Hollywood; against Juice he has the biggest opportunity of his career. Meanwhile Robinson will head to the ring with concern for his partner David Finlay after a crunching loss to JONAH in last week’s main event; will he start his own 2022 campaign in more successful form? 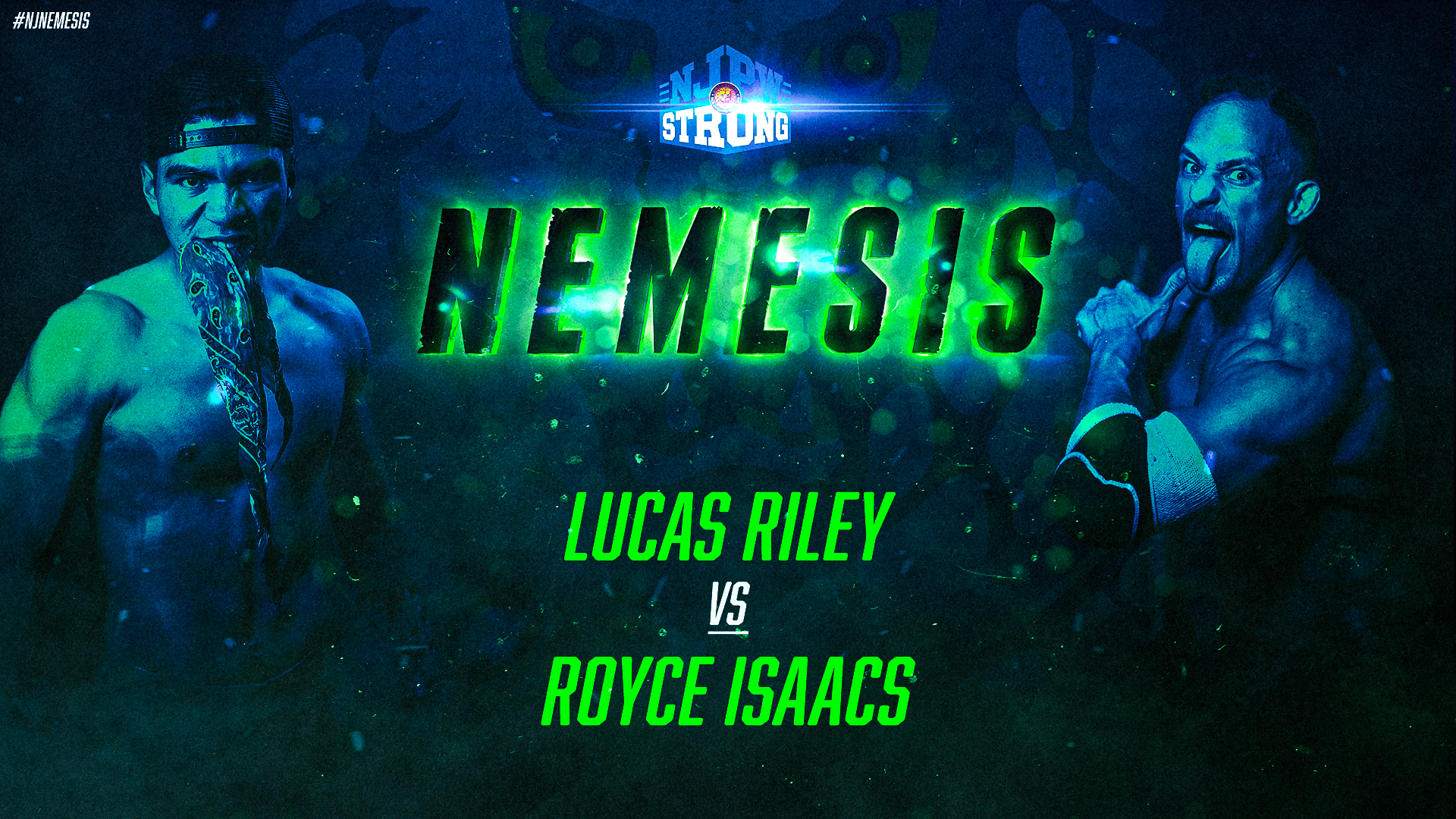 Starting the action this week is Lucas Riley, who takes on the West Coast Wrecking Crew’s Royce Isaacs in singles action. Riley had a very difficult introduction to NJPW STRONG indeed as he faced JONAH in the Top Dog’s NJPW in ring debut. Now having recovered from his considerable bumps and bruises, he faces another hard hitting and powerful opponent in Isaacs. Can the young Gravity Renegade use his athleticism to his advantage and surprise the Team Filthy member this week?