FinJuice scoop win over JONAH and Tito on STRONG 【NJoA】 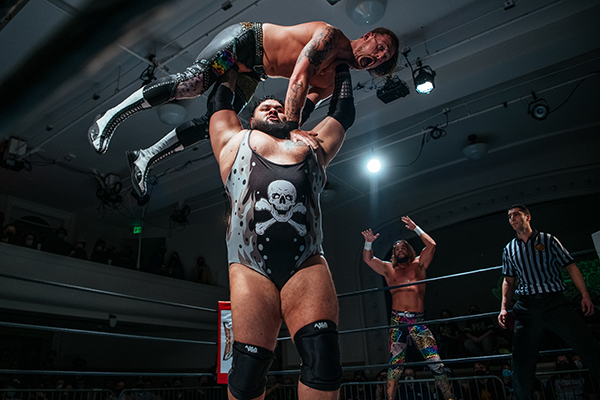 The main event this week on NJPW STRONG saw FinJuice seek redemption against JONAH and Bad Dude Tito after post match attacks in recent weeks. With trademark quick tags, Finlay and Juice showed their tag team superiority in the early moments, but when JONAH was able to get inside, the result was some painful shoulders buried into Juice Robinson. 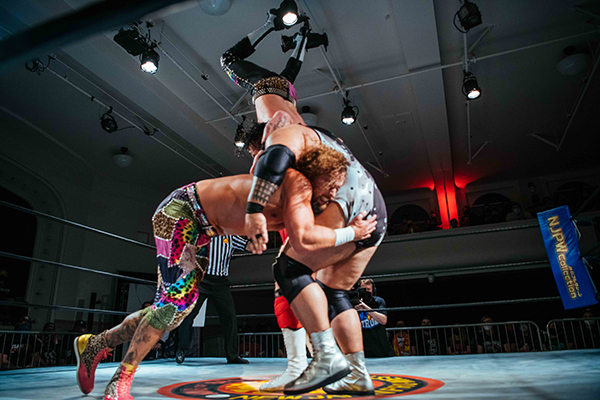 After a dropkick, Robinson was able to bring Finlay back inside, and the control was back with FinJuice until the brick wall that is JONAH got involved. A massive press slam over the corner, and a splash would follow before the Top Dog hurled Finlay across the ring. Tito would keep Finlay in place with a spinning Blue Thunder Bomb, but just as the match was slipping out of FinJuice’s hands, a Juice Robinson spear and a flash inside cradle from Finlay got the pin on Tito. 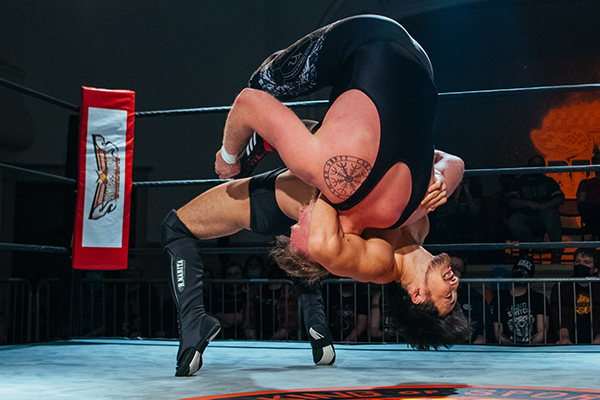 Ren Narita took on Josh Barnett this week. Unfazed by the grappling master, Narita went hold for hold with Barnett, but the bigger veteran had the advantage, and would suplex Narita over when the LA Dojo member tried to open up with leg kicks. After a front chancerie into another suplex, Barnett wanted a double wrist lock on Narita, but the younger man was able to escape, finding a front suplex to gain some space. 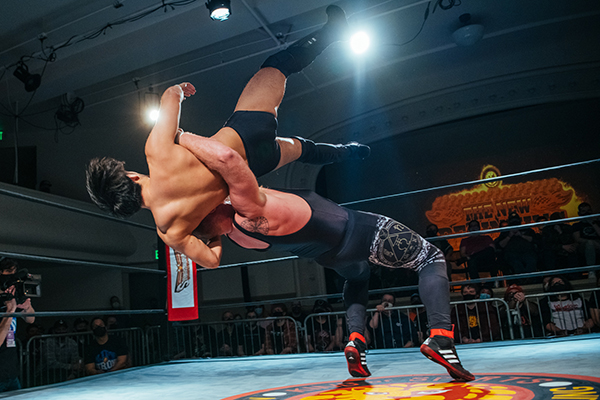 A German suplex followed for Narita, but he would be cut off as kicks led to Catured by Barnett. The Warmaster would look for an armbar, but Narita would transition out into a short scissors, only to be powered over. Barnett would land some more devastating suplexes, before negotiating the straight armbar to force the submission. 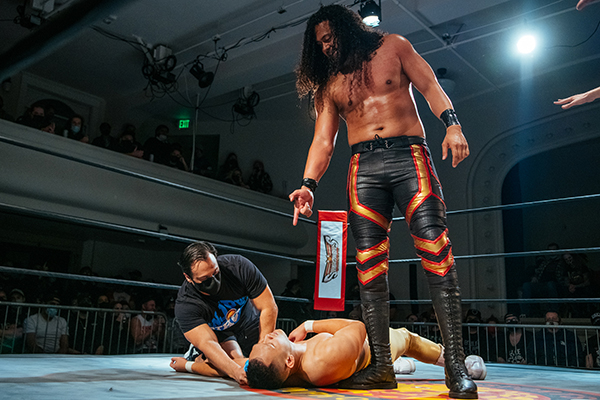 The week’s action started with Cody Chhun making his NJPW debut against Hikuleo. With the huge support of the Seattle fans, DEFY’s Chhun did all he could, eventually able to bodyslam Hikuleo and land a springboard cutter. With a powerslam, chokeslam and Tongan Driller though, the Young Gun would pick up a comfortable victory.