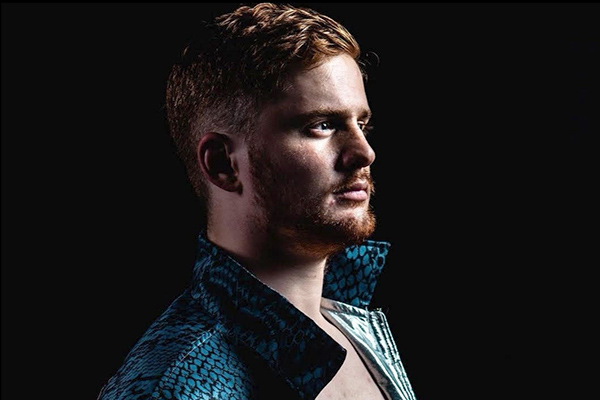 Francesco Akira headed into the Best of the Super Jr press conference on Friday May 13 with a very clear gameplan to set out- prove to the world why he is the best Italian wrestler alive, prove why he was chosen by Will Ospreay to join the United Empire, and, of course, to win Best of the Super Jr. 29. On the eve of the tournament, we spoke to United Empire’s newest acquisition.

Watch ALL of BOSJ 29 LIVE in English on NJPW World!

I’m used to the Japanese crowds, and I think I’ll feel more comfortable than some of the other guys debuting 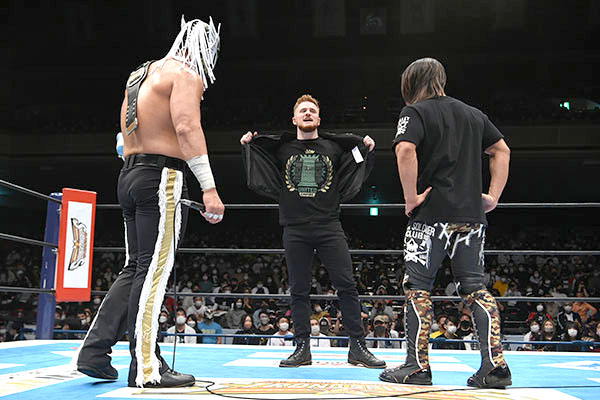 –So Francesco, what’s your mindset heading into your first Best of the Super Jr. tournament?

Akira: I’m feeling good. I’m very excited. This is the tournament I always wanted to be in, but at the same time I’m pretty nervous to be on this big stage for the first time.

–We saw you in Ryogoku at Hyper Battle. Many people had guessed that you might be the newest member of United Empire, but we didn’t know you would be at Ryogoku. How did it feel to head through the curtain in Sumo Hall?

Akira: It was just “here we go”. It was pretty surreal; Ryogoku is such an important venue for pro-wrestling and I’d never been there, so there was a lot of nerves, but it was a really cool moment.

–You have wrestled in Japan before, with All Japan Pro-Wrestling. Do you think that gives you an advantage compared to some of the other foreign wrestlers in this tournament?

Akira: I think it’s a big advantage to me. I’m already used to wrestling in Japan and that’s a big help. Of course, New Japan is a very different level and a different style, but I’m used to the Japanese crowds, and I think I’ll feel more comfortable than some of the other guys debuting.

One of my biggest goals is to open up Italian wrestling 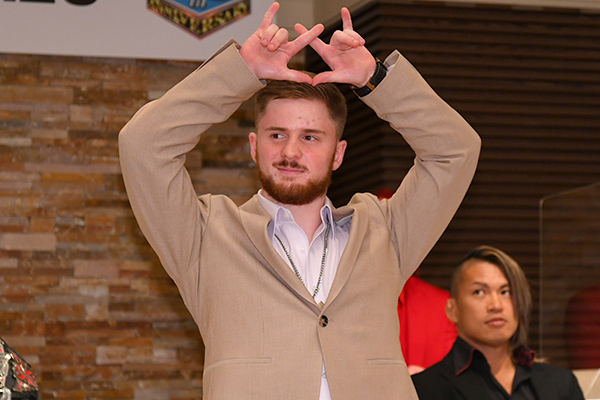 –Some of our long term NJPW fans will know that New Japan toured Italy way back in 2005.

Akira: Yeah. One of my biggest goals is to open up Italian wrestling. There are some very good wrestlers in Italy, but the business itself is very small. When NJPW came in 2005, wrestling was bigger here, but for a long time it was off TV, so people kind of forgot about it. So my plan is to open up more eyes to Italian wrestling and make it more of a business, because most wrestlers now are doing it semi-pro, as a hobby.

–You were introduced to the NJPW fans as Will Ospreay’s protégé. Can you speak about how that connection was made and why you’re a part of the United Empire?

Akira: Will is one of my closest friends. When I was in Japan before, I was the only foreigner for two years, because of the pandemic. I’m still trying to learn Japanese, but it’s difficult.  I didn’t have any friends here, but Will mentored me, gave me advice and made me feel at home. Even though I was in a different company, he reached out and made that happen.

My intensity and speed will overcome what SHO does 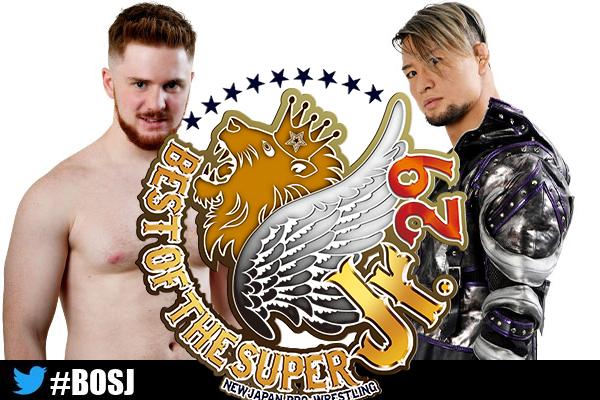 –United Empire certainly seem to be in a strong position worldwide right now.

Akira: It’s the strongest faction in wrestling. It’s new, everyone in it is different, we all bring a different and unique style and we all have something different to bring to the table.

–This is the most diverse field in Best of the Super Jr. for some years. Have you been researching your opponents in the field, or would you rather go by feel?

Akira: I could show you, I have a book full of notes I’ve made on everybody. I know what everybody’s been doing, and I’ve been watching them all. This is the biggest tournament, the biggest opportunity of my life, so I have to be completely ready.

–You start in Nagoya opposite SHO. First impressions are very important obviously. What do you want the people to see on May 15, and what do you want SHO to feel?

Akira: I want to show what I can really do. I’ve been champion in other promotions and I want to show why I was able to achieve that, and I want everyone to see that I bring a completely unique style to New Japan. I know that first impressions are everything, so the main thing is to win, of course.

–As part of HOUSE OF TORTURE, you have to be aware of SHO’s underhanded tactics.

Akira: When I was at Hyper Battle, I watched his match with El Desperado. I remember everything he does, and if he goes to those tactics, I have a plan. I think my intensity and my speed will overcome what he does, I’m not one to just sit back and take it.

Hiromu is the ace of the division, he’s the guy 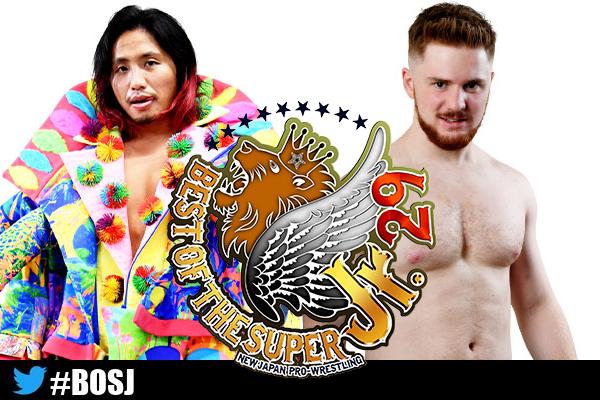 –Wednesday May 18, you face Hiromu Takahashi, and in the main event. So only your second singles match and you’re headlining- do you feel pressure?

Akira: A little bit (laughs). When I saw those cards released, it really made me go, like ‘woah’. Hiromu is the ace of the division, he’s the guy. To be in the main event with him, that’s super exciting, and if I beat him on my first try, that proves a hell of a lot.

–Up next in Aomori, it’s Ryusuke Taguchi.

Akira: Well, I do know I don’t want him to pin me with his butt! Taguchi is one of the most experienced junior heavyweights in NJPW. I used to watch him wrestle with Prince Devitt, and with Ospreay as well, but as much as I watch, he changes style so much, you never know what he might do.

— A very difficult opponent to prepare for.

Akira: I do know I will take great care of the butt. Is that the right English? (laughs).