Two top A Block after third night of matches 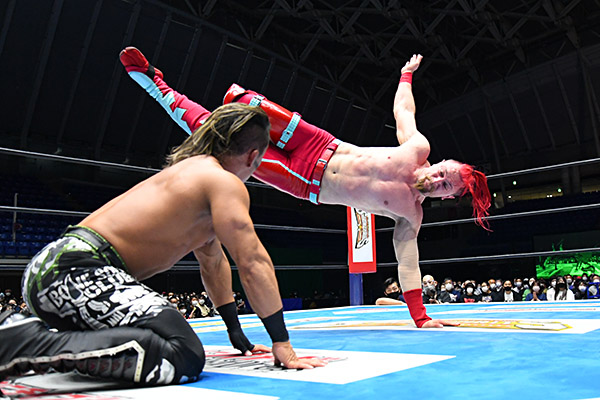 Night five overall of Best of the Super Jr. 29 saw the third matches for A Block, with all four undefeated competitors meeting in the top two matches. Alex Zayne and Taiji Ishimori would face one another in the main event, fighting to move from four to a perfect six points. The aggressive Zayne would go full speed out the gate, a corkscrew senton in the ring and one across the apron connecting before the independent star read the champion’s attempt at using a chair. Zayne would seat Ishimori on the chair and go for a dropkick, but a drop toehold met him instead, and the Bone Soldier took control. 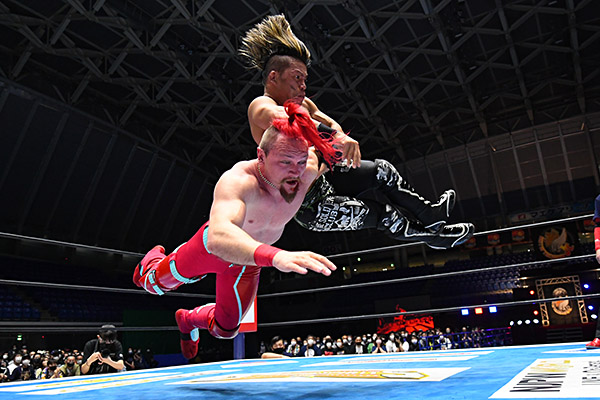 Ishimori tortured Zayne’s arm and shoulder, and an attempt at a cartwheel counter for The Sauce resulted in the Yes Lock briefly in place before he made the ropes. It would be the still functioning right arm that worked for Zayne though, a wild lariat getting Alex back in the match, and a standing top rope Frankensteiner getting two. Ishimori would counter the Baja Blast, but not a handspring kick; rather it would be an exposed buckle that saw Ishimori regain control. 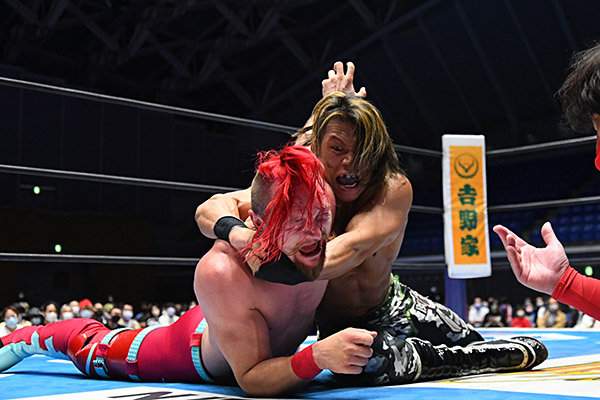 Still powering through the pain, Zayne hit the Baja Blast on his second try, and set for the Cinnamon Twist, but was caught in the Bone Lock. Showing his own power, Ishimori punished Zayne for making the ropes with Cipher Utaki, but a pop up knee came in response; Zayne would set for the Taco Driver, but was countered into La Mistica and then the Bone Lock for the submission win. 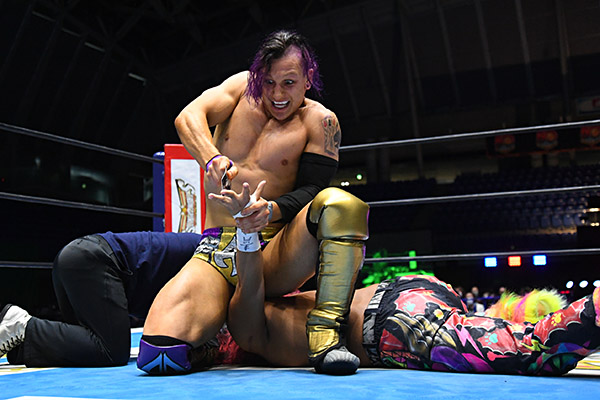 Hiromu Takahashi and Ace Austin also entered Aomori on the full four points, and with talk of potential title opportunities for Hiromu should he win, the anticipation was very real for the semi main event. It would be Austin with the first sustained offence of the match thanks to expertly placed kicks, and after slicing at Takahashi’s fingers with his ever present playing card, would expertly suppress the Time Bomb. 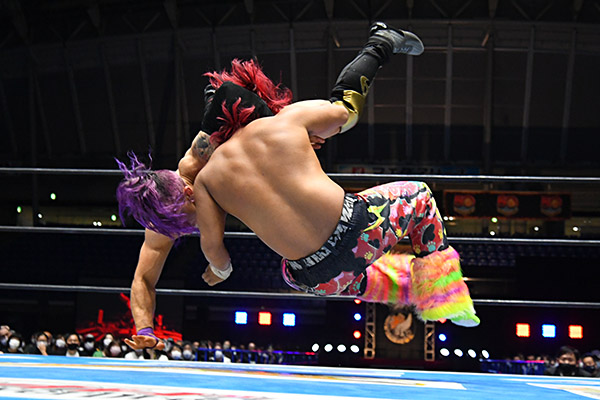 A tijeras would see Hiromu catch a break, one exploited with a shotgun dropkick and a sunset bomb attempt, but one that saw a counter and incredible escapability on the apron before the Fosbury Flop to the outside. Springing from rope to rope, Austin connected flush with a kick to the head for two, before connecting with the House of Cards for another nearfall.

The X Division Champion set up for The Fold, but was met with a pop-up powerbomb for two, and the corner DVD as Hiromu primed for Time Bomb. Asutin would send Hiromu reeling with a barrage of kicks and set for The Fold again, but was stopped with a powerslam; Takahashi landed a powerful lariat and as Austin fired up, scored another for two. Victory Royal followed before Time Bomb II to score the three. 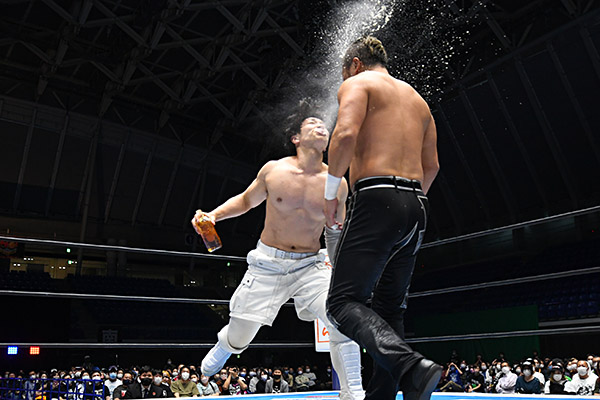 With renewed confidence at having got on the board, YOH would start fast against the winless Yoshinobu Kanemaru, but the Heel Master would sidestep a plancha, and force the CHAOS member to jam his knee. The Figure Four from Kanemaru would torture the injured joint, but YOH would power through the pain for a Falcon Arrow, and a German suplex, albeit with his bridge collapsing due to the damage done by the Suzuki-Gun member. With an opening back into the match, Kanemaru got two from a moonsault and British Fall, but YOH countered Deep Impact to stay in the hunt. Surprising Kanemaru, YOH would steal his whiskey to spray in the face of his foe, and landed Direct Drive for the win. 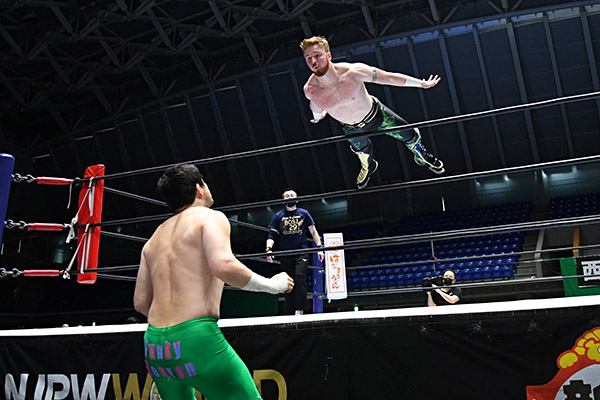 Ryusuke Taguchi renewed his dedication to play things straight against Francesco Akira before their bout, but would be struck clean with a tope con giro early for his trouble. Akira would control the Coach, but drew some big match dedication from Taguchi, who flew with a triangle plancha to the floor and briefly found Oh My and Garankle before going up top, but a top rope Frankensteiner awaited from the Italian. 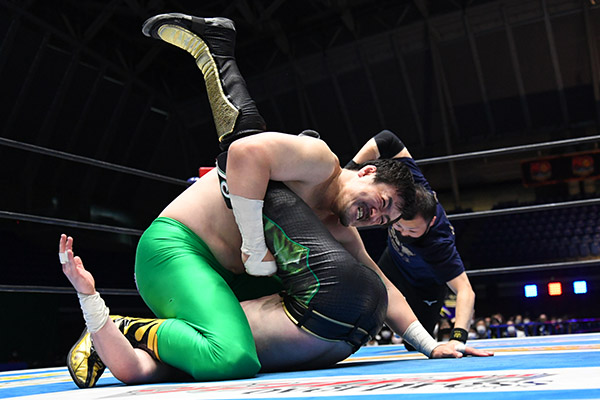 Akira followed with Fire Bomb ’99 for two, and landed a quebrada to the outside as the match passed the ten minute mark. As Akira went for the kill inside, the Fireball was scouted and countered by Taguchi, who found Oh My and Garankle again; retaining the hold after an enzuigiri, Taguchi instead tried for a pin, getting one off a Samson clutch as Akira tried for Ultimo Giro. 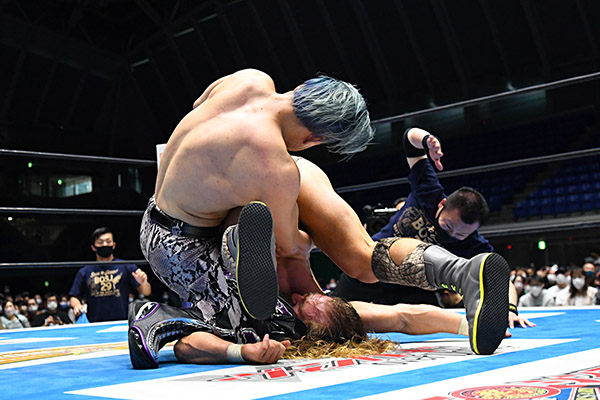 First up on the evening were the winless SHO and Clark Connors. Eager to get a jump on his first two points, SHO attacked Connors on his entrance a battle on the floor seeing a spear from the Wild Rhino before SHO was brought inside. Connors kept control until an attempt at a suplex over the ropes instead saw SHO counter and land a pair of chair shots to the left arm outside. Gutting through pain in his arm, Connors landed a Jeep Flip and the Extinction Elbow, but couldn’t get the Trophy Kill as SHO brought down the referee. A low blow would follow and SHO rolled up Connors for his first points.