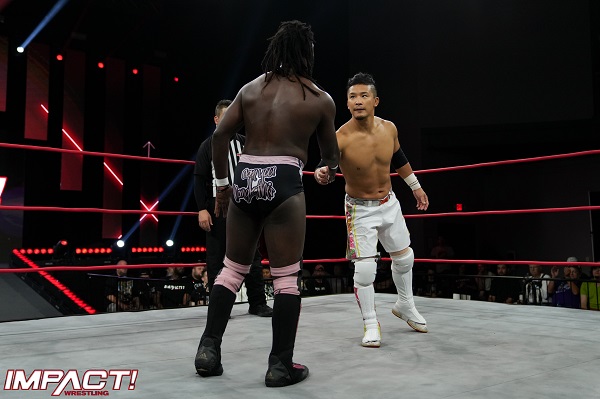 IMPACT Wrestling got a monster main event this week as KUSHIDA, one week after making an appearance to back up his allies in the Motor City Machine Guns, made his in ring debut against star junior heavyweight Rich Swann. 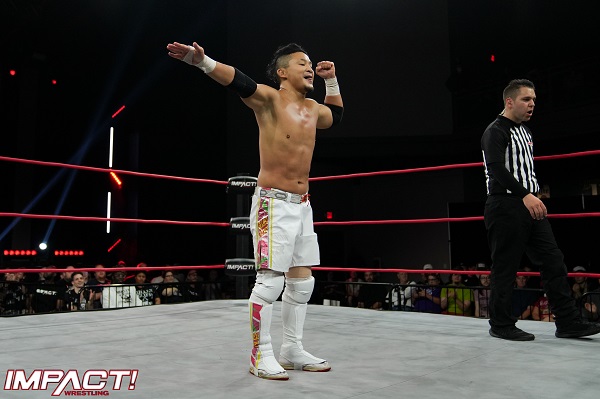 After a show of mutual respect, a slick mat exchange started the match. As the pace quickened, KUSHIDA scored the first knockdown with a tackle and then an armdrag. Swann kept pace and then snapped the arm of the Timeplitter, but the former six time IWGP Champion was able to respond with some moves from the Jyushin thunder Liger playbook, landing a pair of Shotei and a handspring feint as he kept control.

KUSHIDA tortured Swann’s arm, but Swann was able to respond with a big dropkick. Firing in multiples with well trained feet, Swann delivered crunching kicks to the spine; outside the ring, a swing with a chop saw him strike the ringpost, but Swann was still able to retain control and wear down his experienced opponent before a mid air collision saw both men go for a cross body at the same time. 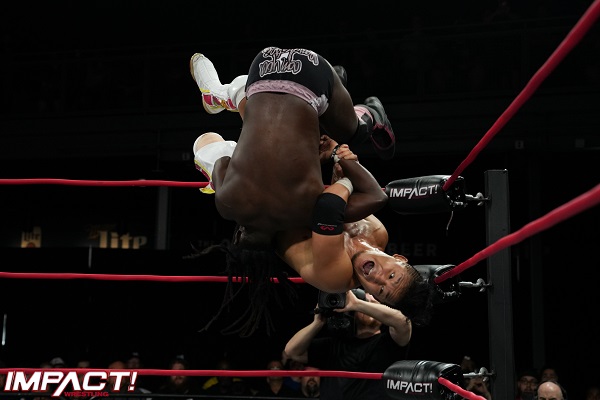 KUSHIDA found his feet first and went to an overhead kick and then another Shotei in the corner. Grabbing a cross arm bar, Swann’s pain tolerance was severely tested, but the tenacious Swann stayed in the hunt and created another break with his feet as he scored a hook kick. An instinctive backfist followed, but the hurt arm came back into play; through gritted teeth, Swann got a neckbreaker and the Kickback, but KUSHIDA kicked out at two. 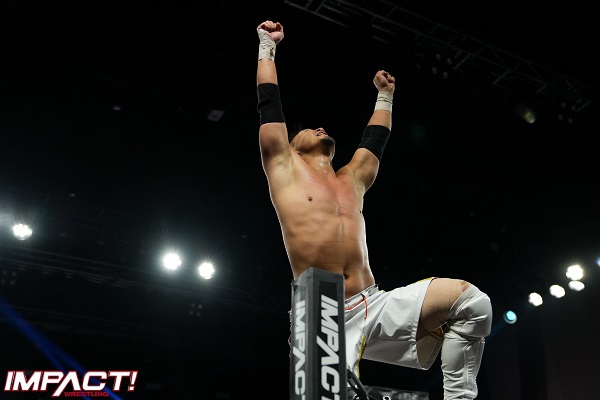