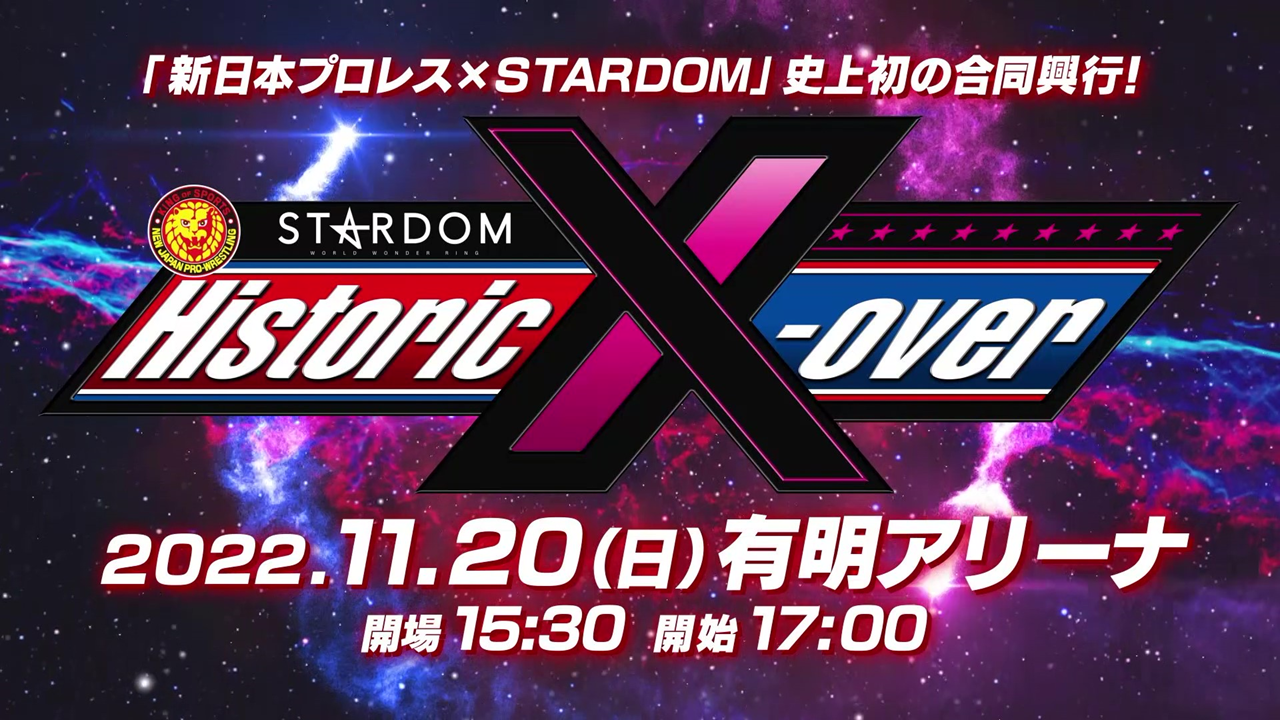 At the Historic X-Over Press Conference in Tokyo today, the first matches for STARDOM and NJPW’s first ever joint event were announced. 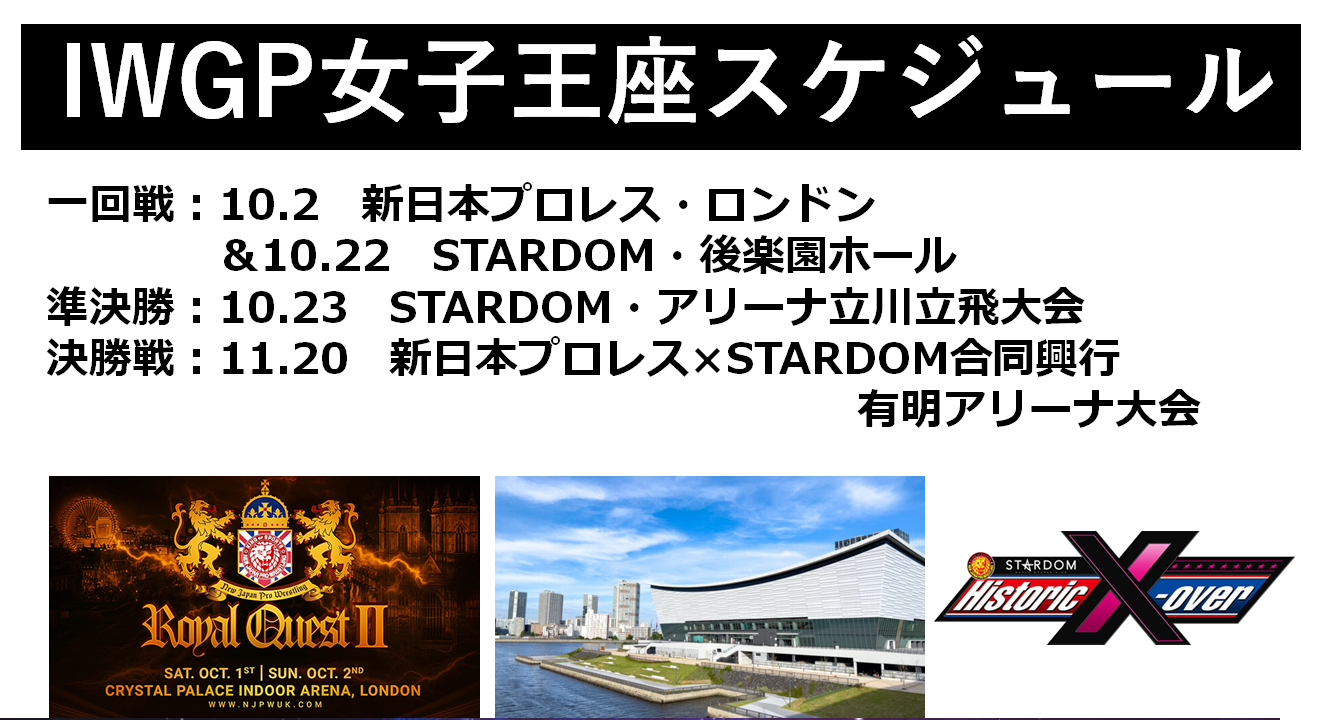 First on the docket was the announcement of the tournament to crown the first ever IWGP Women’s Champion. Quarter finals for the tournament will be held on Royal Quest II night two in London on October 2, as well as STARDOM’s October 22 event, with semifinals taking place on October 23 at STARDOM’s card in Tachikawa. The first ever women’s champion will be crowned on November 20 in Ariake! 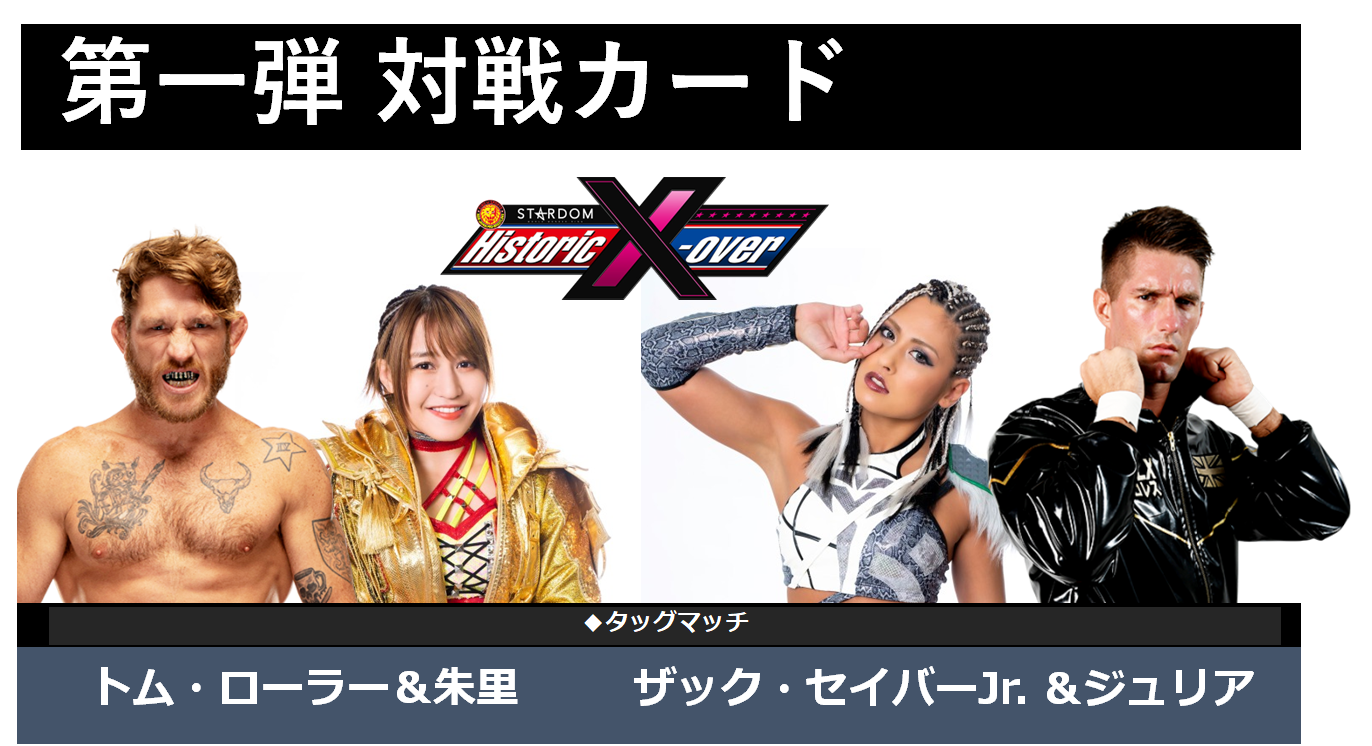 Also announced were three mixed tag bouts for Historic X-Over. First, Tom Lawlor and Syuri will be facing Giulia and Zack Sabre Jr. World of STARDOM Champion Syuri captured the prized red belt at the end of 2021, and made her split from Giulia’s Donna Del Mondo faction in the process. Forming the God’s Eye stable, Syuri has carved her own path in STARDOM as she has through her pro-wrestling and MMA career. Alongside Filthy Tom Lawlor, she makes an impressive duo with UFC experience in the face of stiff competition.

Giulia certainly has unfinished business with Syuri stemming from her split with DDM, and has a partner in Zack Sabre Jr. eager to take Lawlor to task. After a pair of tag team confrontations during the G1 Climax tour, ZSJ showed something akin to grudging respect for the grappling expert, but couldn’t forgive the former STRONG Champion’s disrespect for his muse from beyond the grave in George Michael. To ZSJ, Lawlor represents exactly the kind of competition he needs to set himself on the track to singles glory. With the English born, Italian-Japanese superstar his partner, will Zack get on track, and will the World of STARDOM title picture change on November 20? 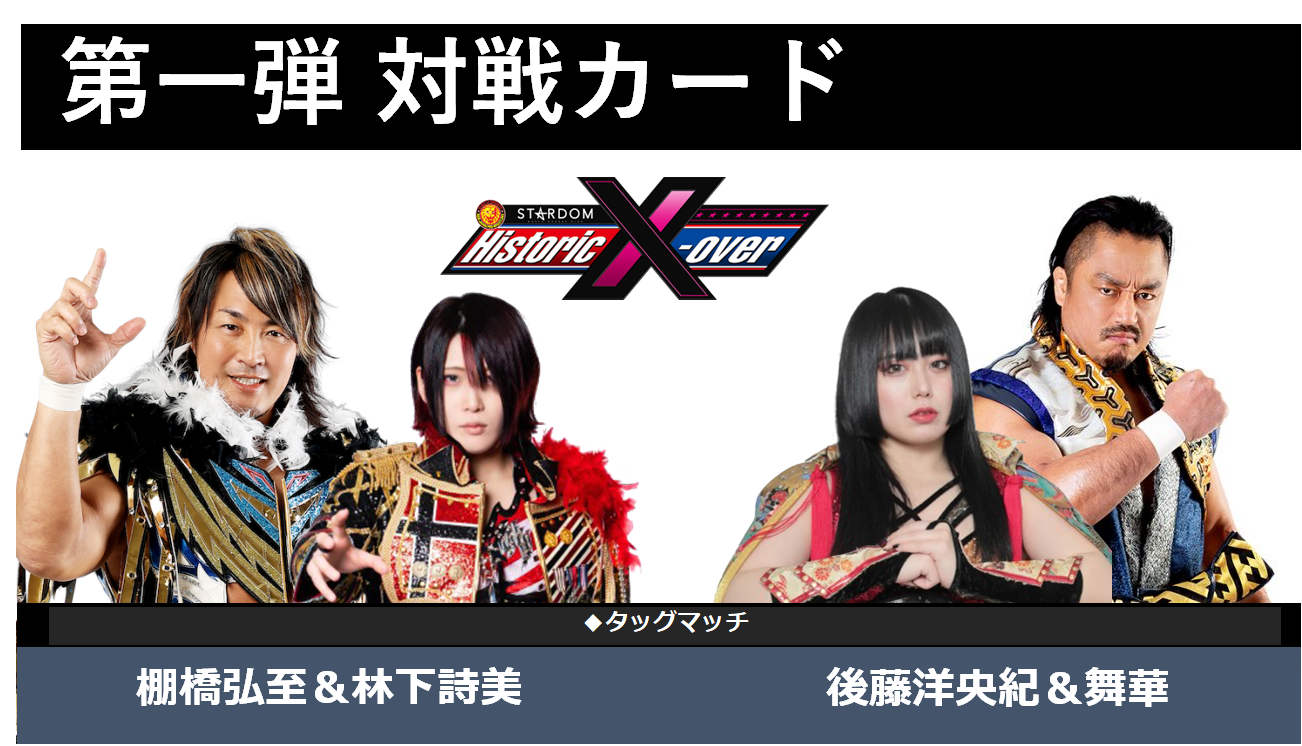 Hiroshi Tanahashi and Utami Hayashishita will take on Hirooki Goto and Maika. Tanahashi and Hayashishita represent an “Ace combination” for NJPW and STARDOM, with Tanahashi’s legendary status well documented in New Japan, and Hayashishita having been at the very forefront of competition through her 409 day reign as World of STARDOM title holder through the bulk of 2020 and 2021, and current top spot in the Red Stars Block of STARDOM’s 5 Star GP.

In the opposite corner, Maika and Goto will provide hard hitting offense in the face of Tanahashi and Utami’s more classical stylings. A powerhouse figure in Donna Del Mondo, Maika’s straight forward and brute force approach in the ring will gel well with Goto’s wrestling style. Her traditional Japanese aesthetic and warrior mentality should be a perfect match for CHAOS’ fierce warrior to boot in what will be a thrilling tag bout. 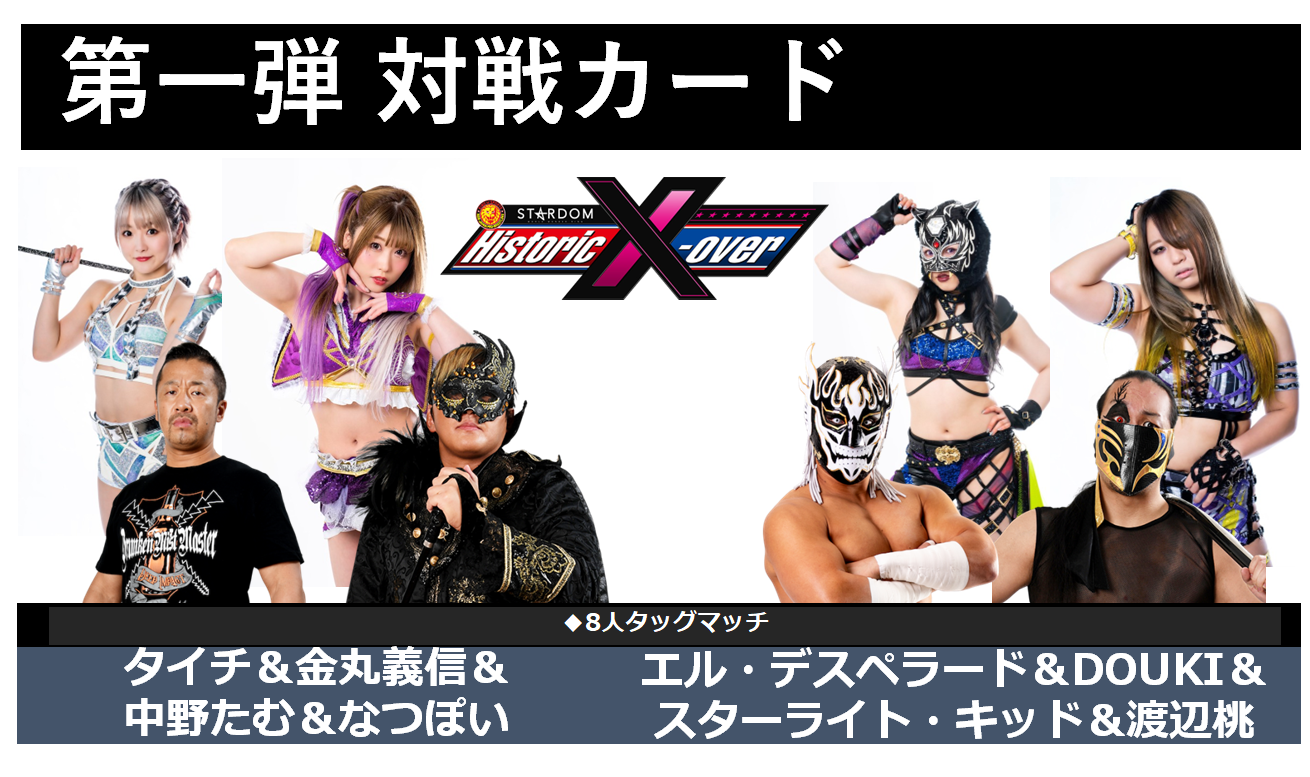 Mixed eight man action will provide a lot of intrigue as Suzuki-Gun will be on opposite sides of an eight man battle. El Desperado and DOUKI will be joined by Oedo-Tai’s Starlight Kid and Momo Watanabe to face Yoshinobu Kanemaru and Taichi, joined by Cosmic Angels’ Natsupoi and Tam Nakano. ‘Cutest in the cosmos’ Nakano provides a stark visual contrast to the unruly Kanemaru and Taichi. Yet STARDOM fans were held in rapture earlier in the summer by Nakano’s violent wars with Natsupoi, ending in the latter leaving DDM for Cosmic Angels in a bid to begin a ‘new revolution’. Tam and Natsupoi earned Taichi’s respect during the Holy Emperor’s appearance on guest commentary during STARDOM’s recent STARDOMxSTARDOM pay per view, where Taichi made a special in ring presentation before the duo captured the Goddesses of STARDOM tag belts. How will the babyface Cosmic Angels and Suzuki-Gun’s rudo ethos combine on 11/20?

In the opposite corner, Starlight Kid and the ‘Black Peach’ Momo Watanabe make relatively ideal partners for El Desperado and DOUKI. Desperado and SLK’s exchanges on social media led to speculation that the two would team together from the moment Historic X-Over was announced. Meanwhile Watanabe’s mean streak, growing more pronounced with every passing day since she joined the demonic Oedo-Tai faction last autumn, is the perfect match for the maniacal DOUKI. With DOUKI’s steel pipe joining Momo’s penchant for using a wrench either in her hands or hidden in her kick pads, competition in this eight man bout is sure to get very violent very quickly.

Stay tuned for more information on Historic X-Over in the days to come!