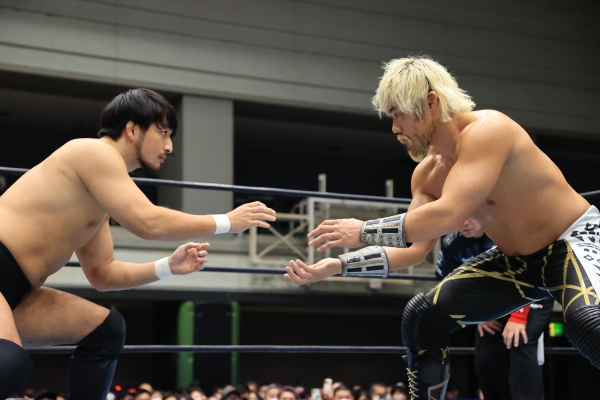 SANADA and Narita would start the match, a tense grappling exchange before SANADA opened up to strikes, but a Paradise Lock attempt would be countered by the young returnee. A dropkick found its mark though, and the match reset with Wato and Hiromu inside and throwing hands. 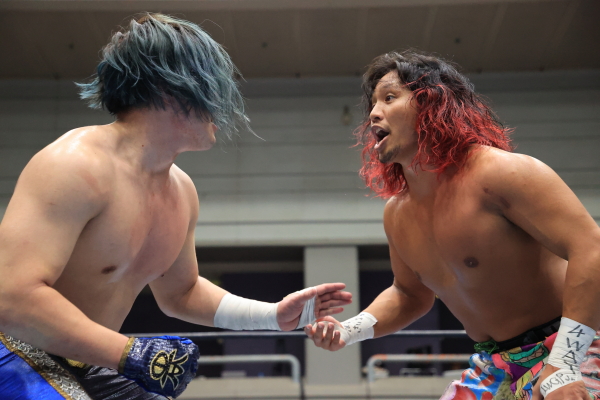 Wato would gain the upper hand with a bulldog at the five minute mark, and brought Hiromu to the Hontai corner, where Zayne set to work. With Narita bringing added aggression and Wato again following up with kicks, Takahashi was in trouble until a boot on the break led to a rope hung choke, and LIJ turning the match on a dime with an aggressive assault outside the ring. 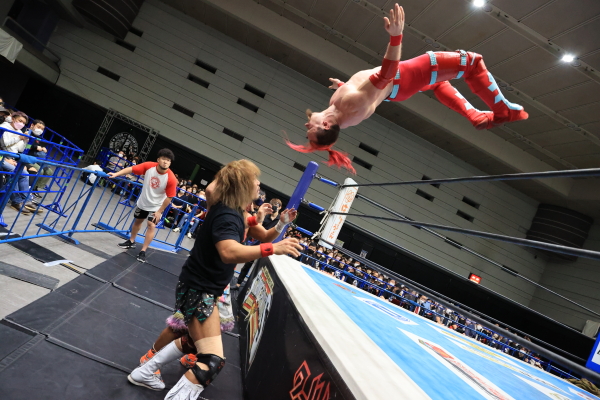 Wato would be on the receiving end of an ungovernable assault until a leg lariat would create some time, but not enough to lead to a tag. Instead SANADA would hit the ring, but a tijeras to Cold Skull would finally see Narita back inside. The hot tempered Son of Strong Style got two off a half hatch suplex, and peppered kicks at SANADA, but it would be boots from Cold Skull that knocked him out the ring where a plancha was waiting. Maintaining the pace of the match, SANADA would land a Magic Screw, but Narita would be able to make the tag to Zayne, who flowed perfectly on offense to Hiromu and Naito. 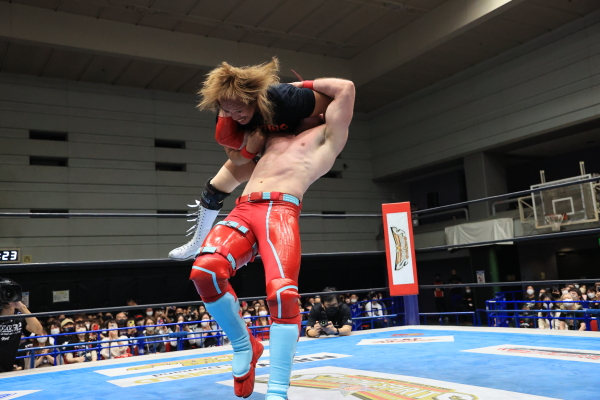 Zayne got two off a flipping ax kick, but couldn’t hit the Taco Driver. Neither could Naito get the Destino on his first attempts, chaos instead reigning in a pitched melee that ended with Hiromu elevating Naito into a tornado DDT on Zayne. Destino did then follow for Naito to pick up another win on the Battle Autumn tour; as SANADA and Narita stared daggers at one another, Naito took the mic and declared his excitement to finally lock up with Will Ospreay Saturday in Osaka. 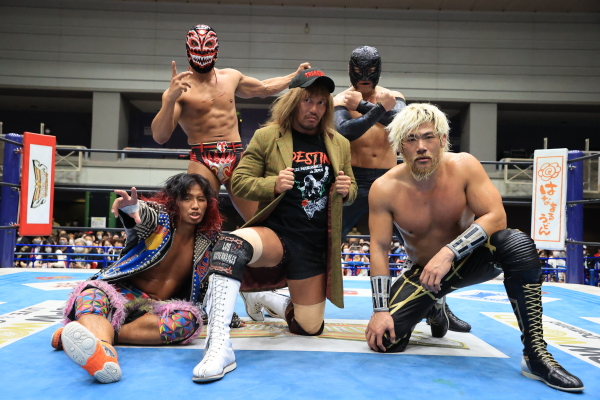