November 25 will see the third night of Super Junior Tag League action, the series already reaching a key one third distance. After the opening dash, endurance will set in on the middle third, and teams lower down the standings could soon be forced onto the bubble. 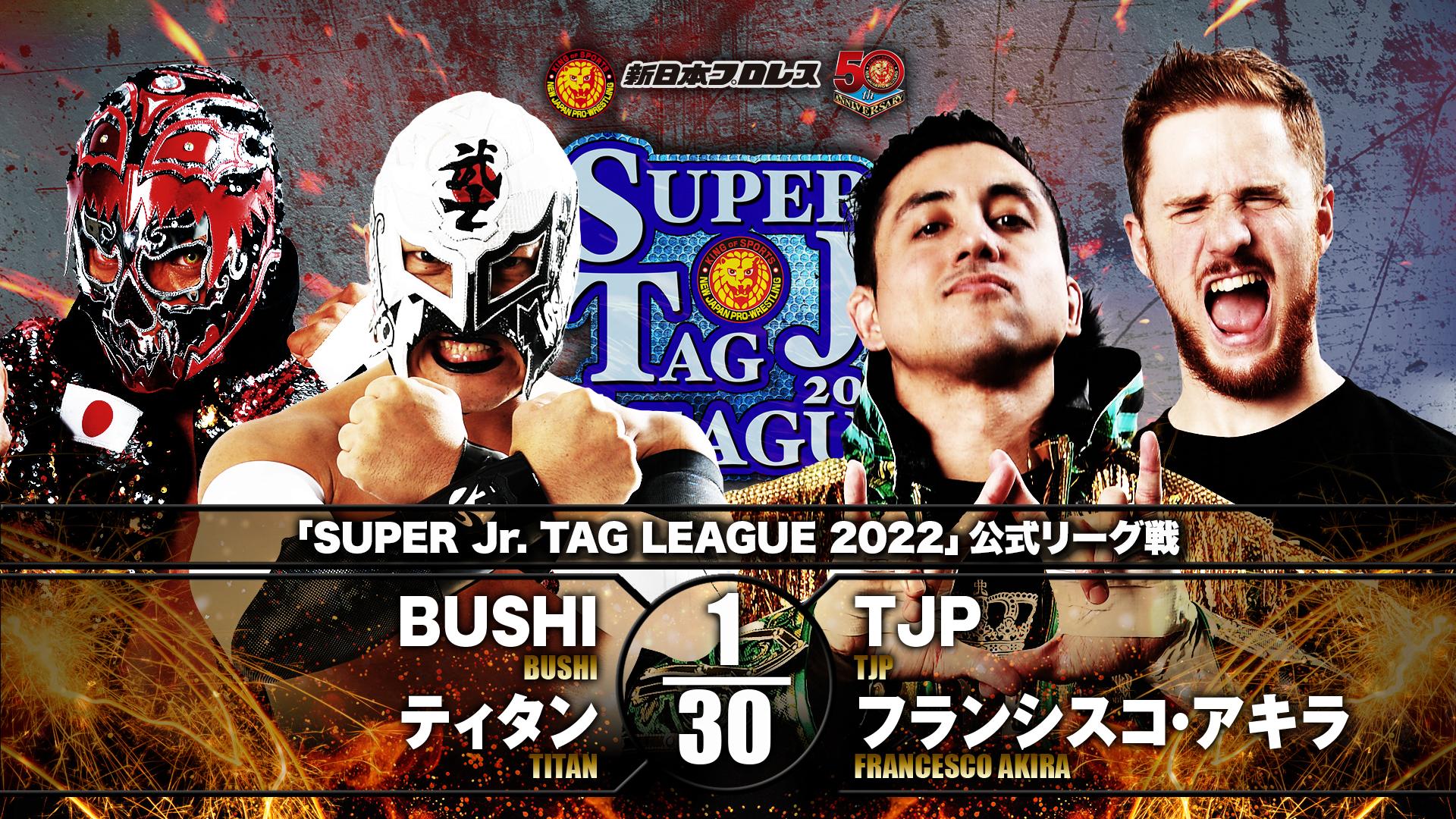 The main event sees a rematch of Osaka November 5 and Battle Autumn, as TJP and Francesco Akira face LIJ’s Titan and BUSHI. The new masked man side had turned plenty of heads through the Battle Autumn tour, but a quick surge to championship glory was not to be for the duo, TJP and Akira recording their second defence of the IWGP Junior Heavyweight Tag Team Championships, and maintaining an undefeated record in direct tag matches that they still hold. Now 5-0 in direct tag competition, Catch 2/2 look to head into the middle phase of the lague with a perfect record, and put some distance between them and their most recent contenders. 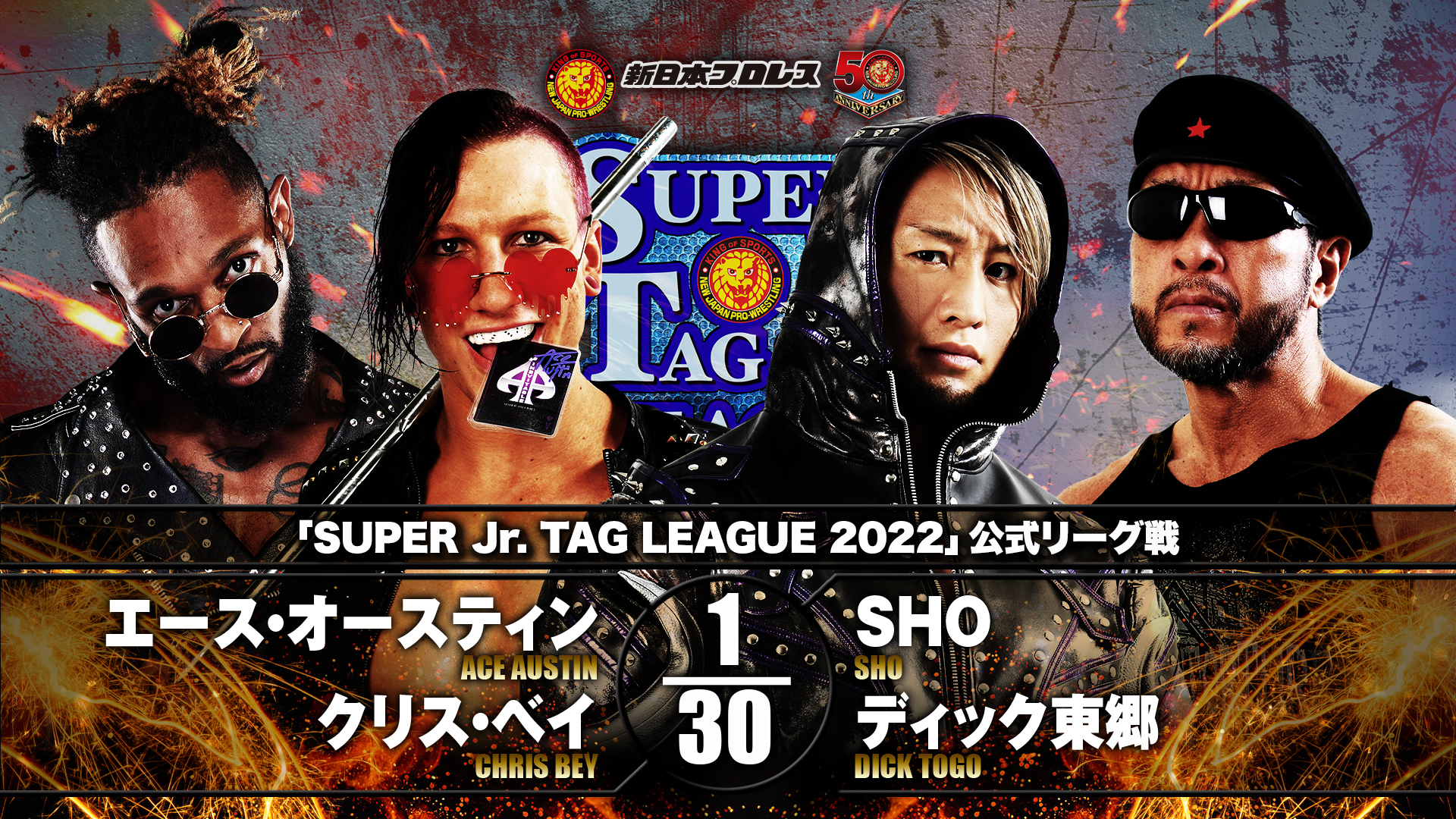 It’s a BULLET CLUB derby in the semi main event of the evening as IMPACT’s Ace Austin and Chris Bey take on HOUSE OF TORTURE’s Dick Togo and SHO. While Austin and Bey have been a well oiled machine in their first two league outings, putting away first Titan and BUSHI and then Yoshinobu Kanemaru and DOUKI, Togo and SHO have received somewhat shorter shrift in the series. Despite the interference of Yujiro Takahashi and EVIL in both their tag bouts, their point score is at zero, and mathematical elimination may threaten should they take more losses. 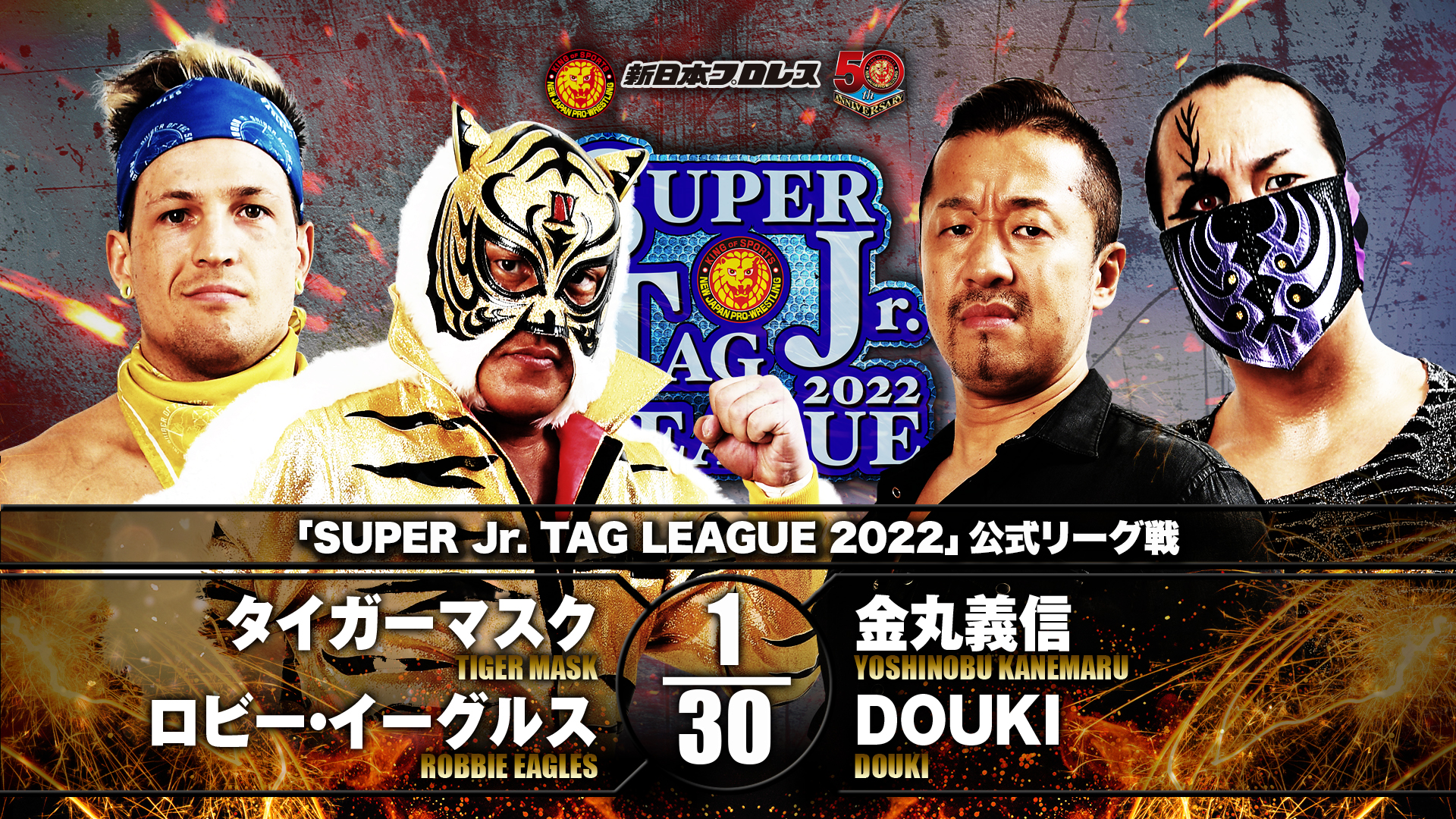 DOUKI and Yoshinobu Kanemaru have similarly found themselves with backs against the wall with a pair of consecutive losses, and a difficult fixture against Robbie eagles and Tiger Mask next. As DOUKI has made it his life’s work to try and get a win over the Sniper of the Skies, it’s team awareness that will be key tonight in getting Suzuki-Gun their first points. 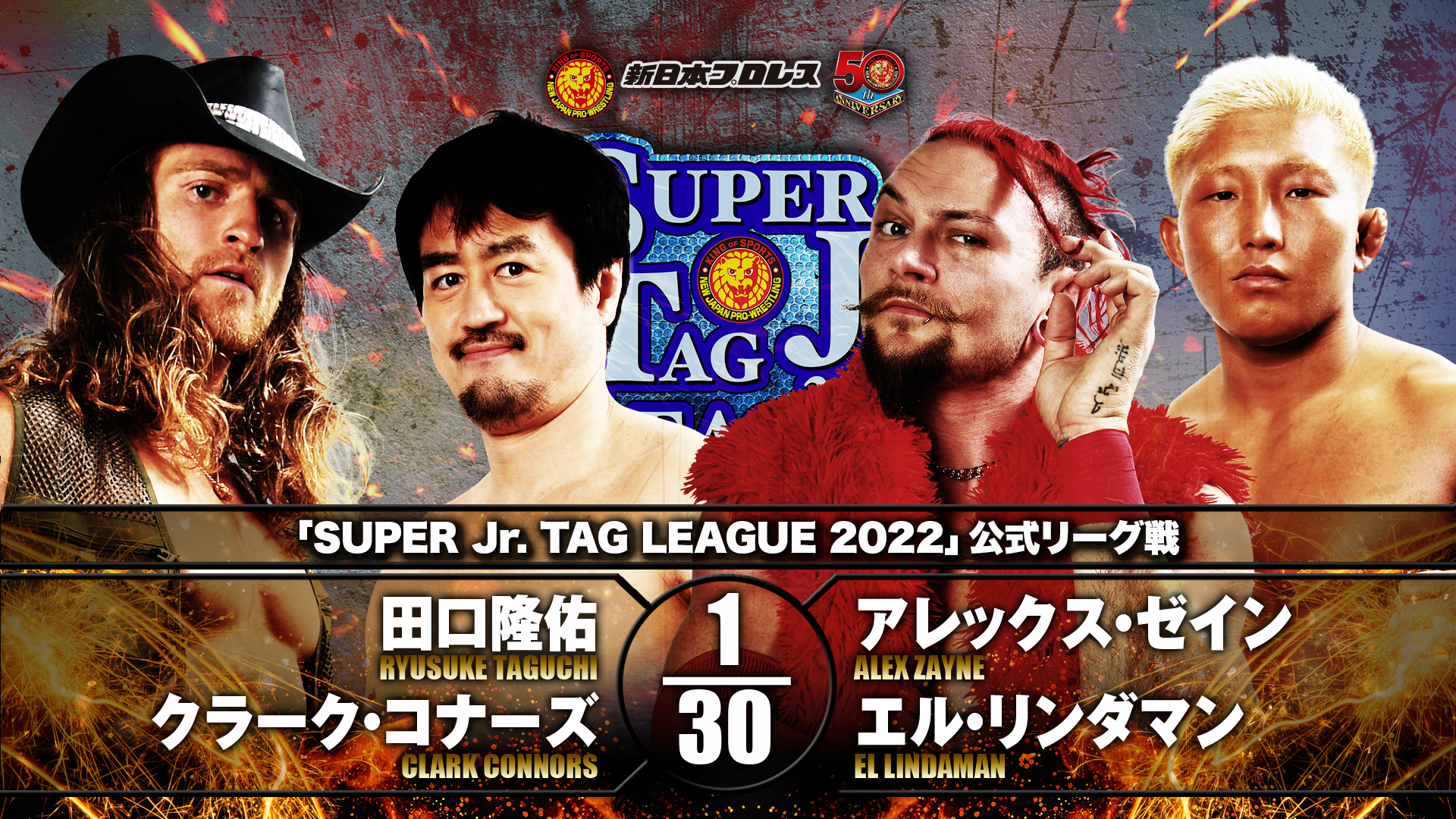 Two teams tied at two points meet in Gunma when both Wild Hips and the ‘SAUCEHEARTS’ combination of El Lindaman and Alex Zayne look to get their second wins. Zayne is 1-1 against Connors and Taguchi in Best of the Super Jr., the Sauce being one of Connors’ biggest victories in his BOSJ campaign after Zayne took a sizeable bite out of Taguchi’s behind earlier in the tour. Who emerges with the win Friday? 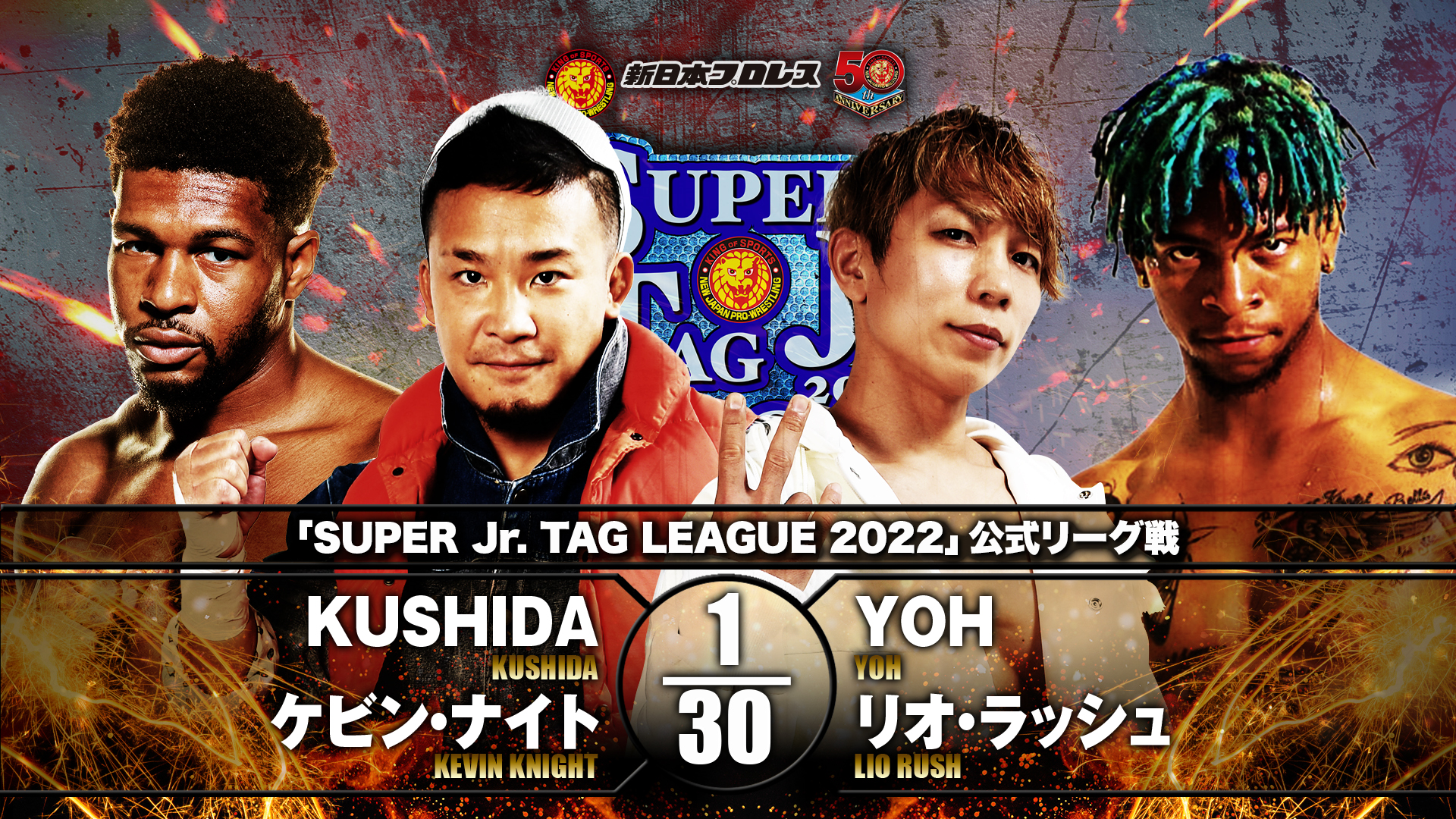 Tachikawa on Wednesday saw both Kevin Knight and KUSHIDA and the CHAOS side of Lio Rush and YOH get on the board, providing key morale boosters for both Rush and Knight in their Japanese debut tours. Looking to continue strong into the middle third, can Knight and KUSHIDA upset the forward momentum of YOH and Rush? 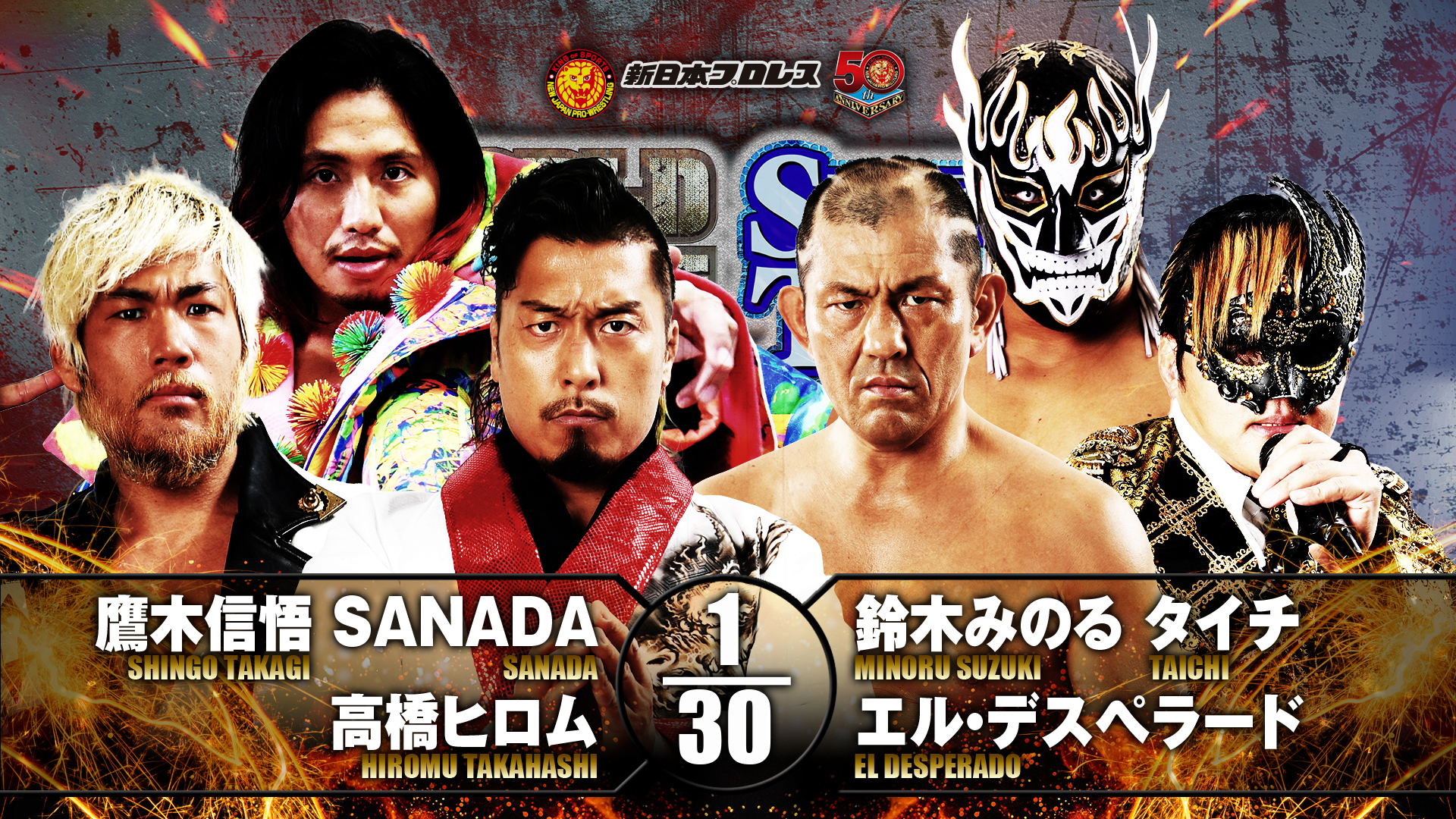 Taichi and Shingo Takagi continue to be at one another’s throats, even after their match for the KOPW 2022 trophy was made official for December 19 and the TAKATaichi pay per view event in Yoyogi. Might this match see a hint of what stipulations will be brought to the table in three week’s time?

Six man action will see Master Wato continue looking to make a mark on Taiji Ishimori ahead of January 4 and the four way for the IWGP Junior Heavyweight Championship. What lies in store for this chaotic trios battle? 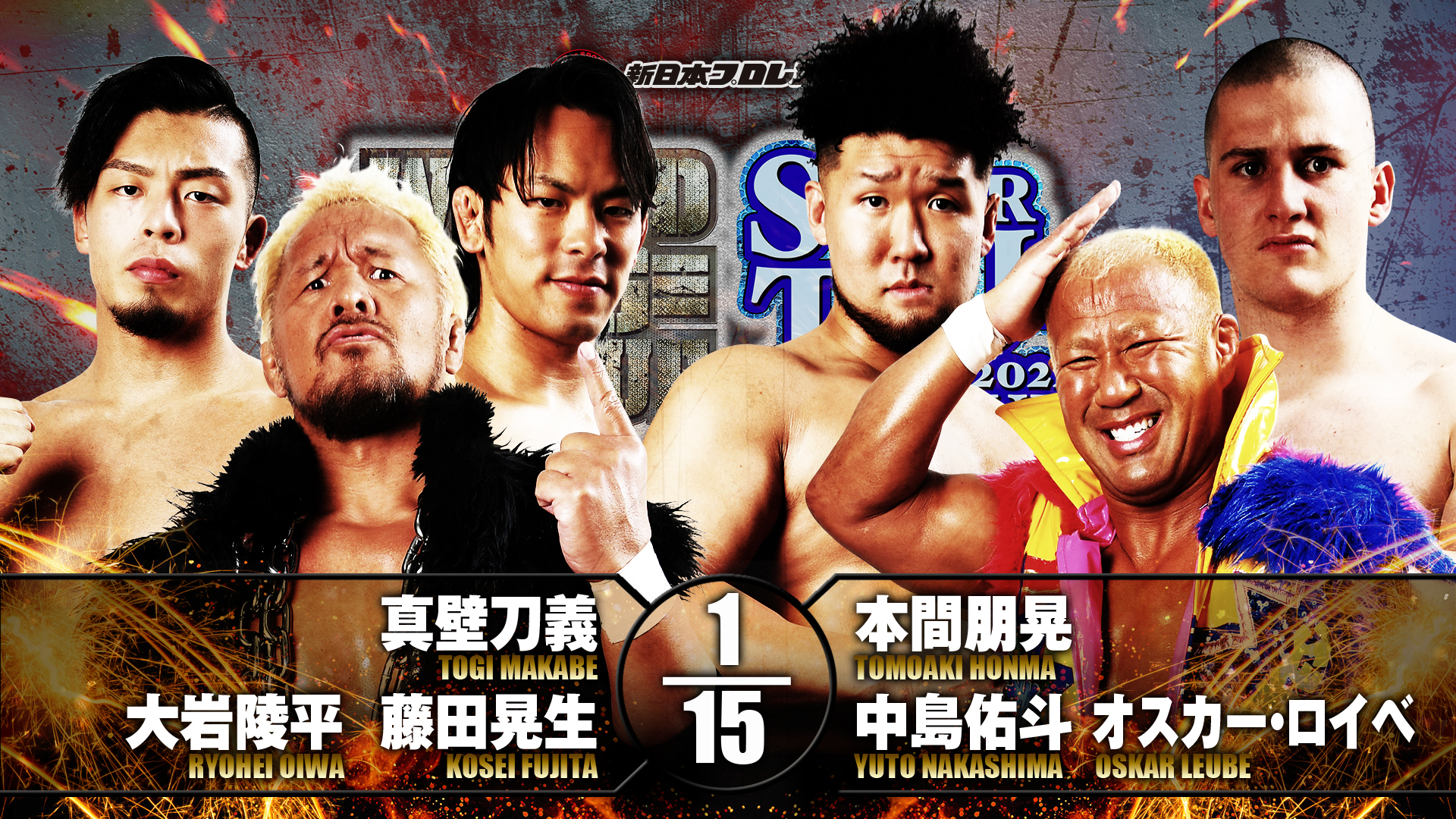 A unique start to the night will see GBH members Togi Makabe and Tomoaki Honma take the fight to one another as each leads a duo of Young Lions into battle. Which veteran’s side will come out on top?