Ishii comes close to cracking the ‘Ocho’ in Chicago 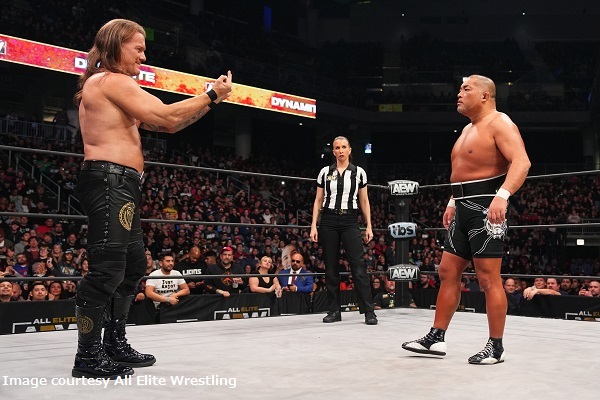 The Thanksgiving Eve edition of AEW Dynamite was highlighted with a battle over the ROH World Championship, Chris Jericho looking for his sixth defence of the title he won back in September against CHAOS’ Stone Pitbull Tomohiro Ishii. 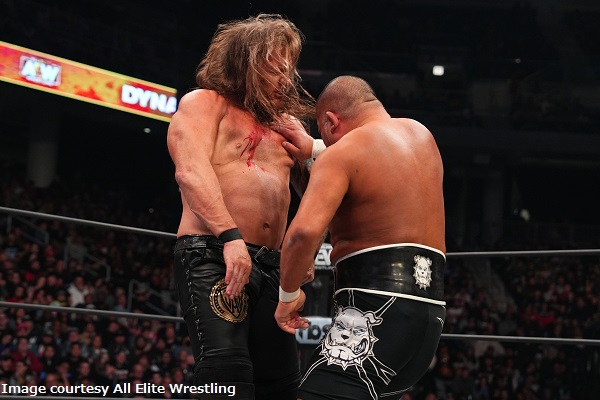 Having first met Ishii when he was at the start of his career while in Genichiro Tenryu’s WAR promotion, Jericho had shown considerable disrespect to his challenger in pre-match comments, and added further insult to his opponent and the Chicago fans at the start of the bout with a pair of raised middle fingers. Ire sufficiently drawn, Ishii launched into slaps on the ‘Ocho’, Jericho spilling to the ring after a kick to the spine. 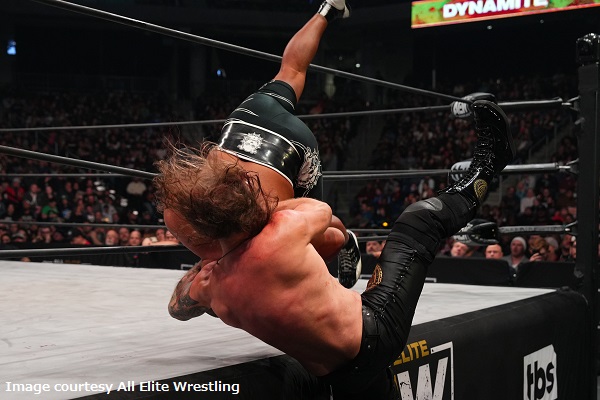 The champion didn’t have much more luck when he got back in the ring, a suplex and shoulder knockdown sending Jericho reeling. Wanting to fight Ishii at the challenger’s strength, he tried to trade with the Stone Pitbull, but chops would bloody the chest of Jericho, who tried to reply with corner punches but was forced down with a powerbomb and stack for two. 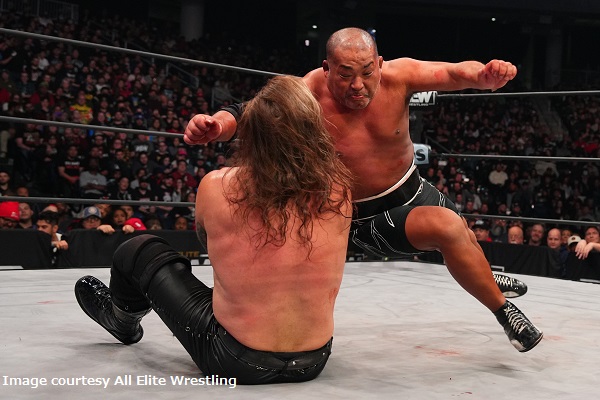 Ishii continued to hold the advantage over Jericho until a DDT on the apron turned the match in favour of the champion. Firing up on his challenger, Jericho was now able to go blow for blow for Ishii, and come out on top of a German Suplex exchange before a Lionsault for two. A Codebreaker followed, but Ishii kicked out as the champion grew more flustered. 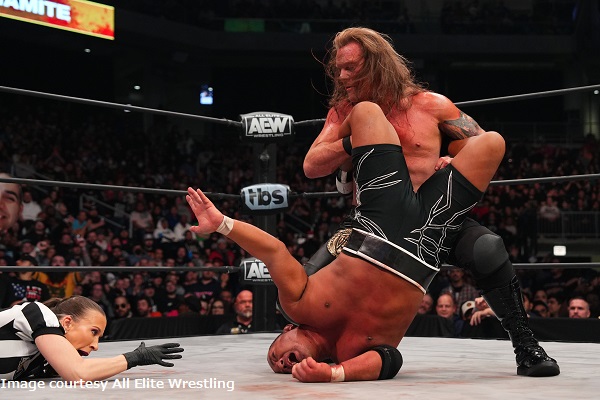 Taking advantage of a rattled Jericho, Ishii hit a heavy headbutt and then his own Codebreaker, following with a lariat for two. Firing off one two elbows, Ishii went for an enzuigiri, but was caught with the Walls of Jericho, transitioned into the Liontamer for a tapout victory and the V6 mark for Jericho. 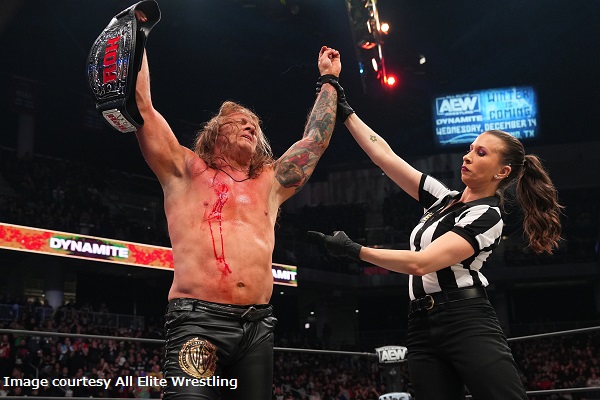