Every week we take you through the very best of the NJPW World archives to give some historical insight to the greatest matches in wrestling history! This week, we’re looking at some hot summer bouts, even in pouring rain. 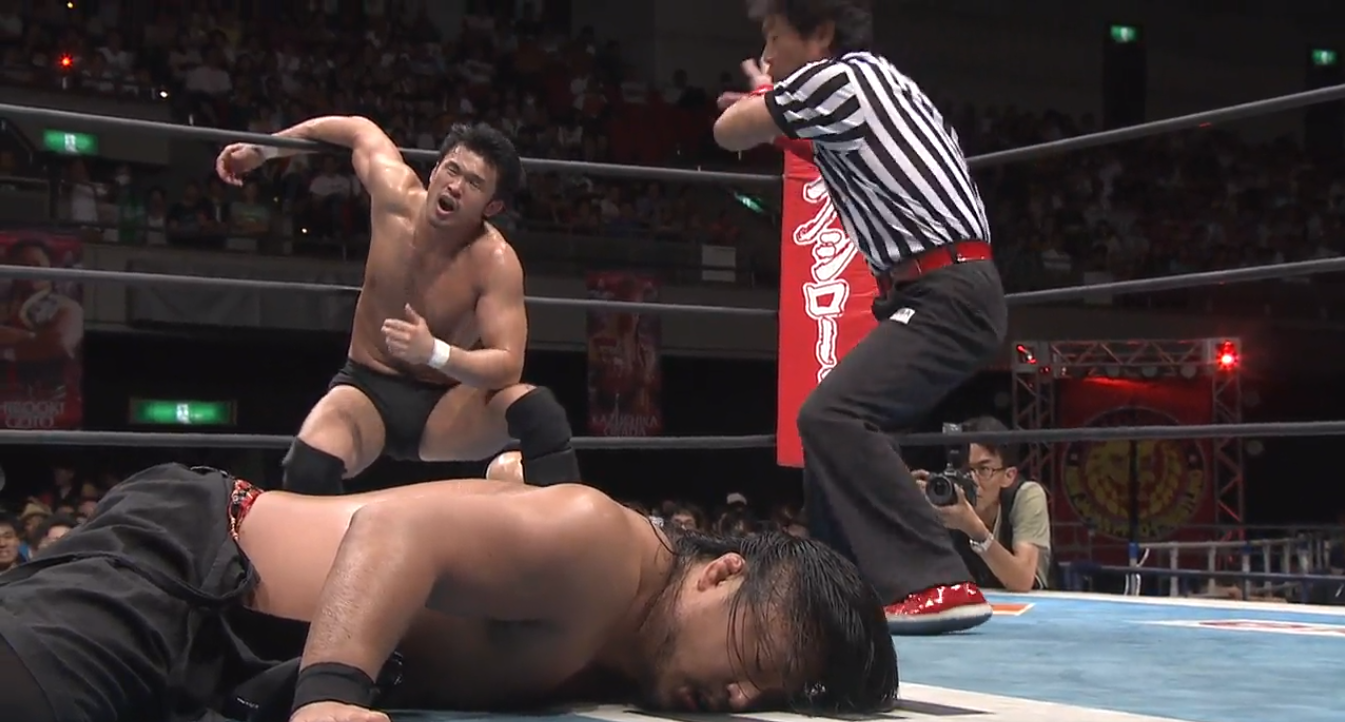 Katsuyori Shibata and Hirooki Goto’s past together stretches back to high school. There, with a shared desire to get into professional wrestling, they sought to make a mark on the amateur mats. The only problem? Their Mie Prefectural High School didn’t have a wrestling club. Goto and Shibata started one. When the two graduated high school, Goto made the decision to graduate from university, and to further his amateur credentials in the process. A more impatient Shibata went directly into the New Japan Dojo, with the promise that the two would meet soon.

Goto would enter the Dojo four years later, into a New Japan that already had Shibata regularly appearing on cards. By the time Goto was in a position to wrestle with or alongside Shibata, the Wrestler was gone. Shibata left NJPW in 2005 and went on a seven year exile, trying his hand in different organizations and in MMA.

In summer 2012, Shibata made a stunning return, and a collision with Goto seemed inevitable. the two were firm friends, but had years of distance between them. When they met in May 2013, the result was intensely violent, a match that ended in a double knockout when the two landed simultaneous knockout blows.

The next month, Shibata and Goto looked to settle the score, and find an upper hand going into the imminent G1. 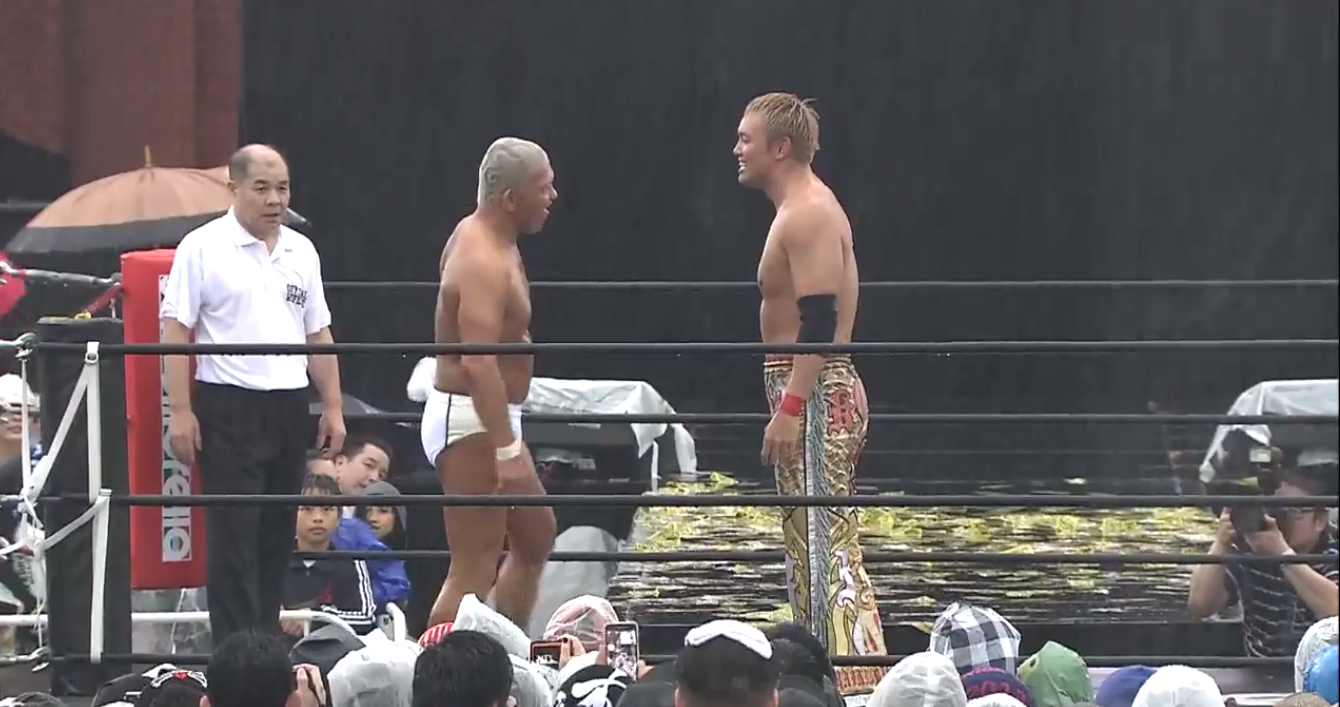 Minoru Suzuki is feared by the general wrestling fan, and with very good reason. Fear often goes with respect, however; there is a reason Suzuki is called King, and especially so in his home town of Yokohama. When Suzuki threw the grandest of royal festivities, an open air music and wrestling festival to mark 30 years in professional wrestling, people came in droves. In fact crowds well into the five figures came to see Suzuki’s 30th anniversary match against Kazuchika Okada, despite the fact that the Rainmaker lived up to his name, and a torrential downpour was the result.

Suzuki and Okada went to a 30 minute battle in the pouring rain, and neither man backed down. One of the most dramatic set of circumstances for any professional wrestling match, the resulting bout was as memorable as they come. 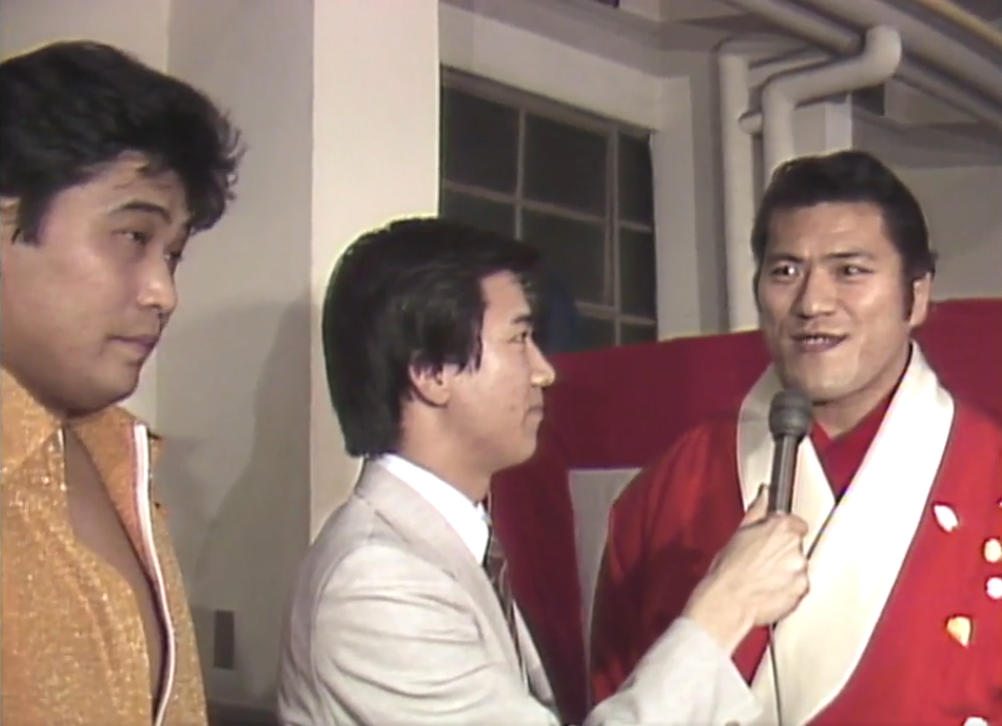 The path of a Young Lion, from rigorous training, to supporting at ringside, preliminary matches, and maybe an excursion and high profile return, is a well established tradition. Yoshiaki Yatsu had a very different introduction to New Japan, but then, he was a very different athlete. A collegiate All-Japanese at 100kg, Yatsu went on to place 8th in the 1976 Olynmpics. He was a strong pick for medal contention in the 1980 Moscow Olympics, but in the tense political environment of the time, Japan boycotted the Olympics, and Yatsu instead entered the NJPW Dojo.

Once in the Dojo, he had a different path. Yatsu was placed almost directly on excursion to America and the WWF, where he made his professional wrestling debut in Madison Square Garden. In 1981 he returned, and went straight into a Kuramae main event, teaming with Antonio Inoki against two of the most terrifying competitors there were, Abdullah the Butcher and Stan Hansen.

The pressure had to be overwhelming for the young Yatsu. In the toughest environment possible, even with Inoki at his side, Yatsu was being thrown to the wolves. It was sink or swim, and swim hard, right from the word jump. 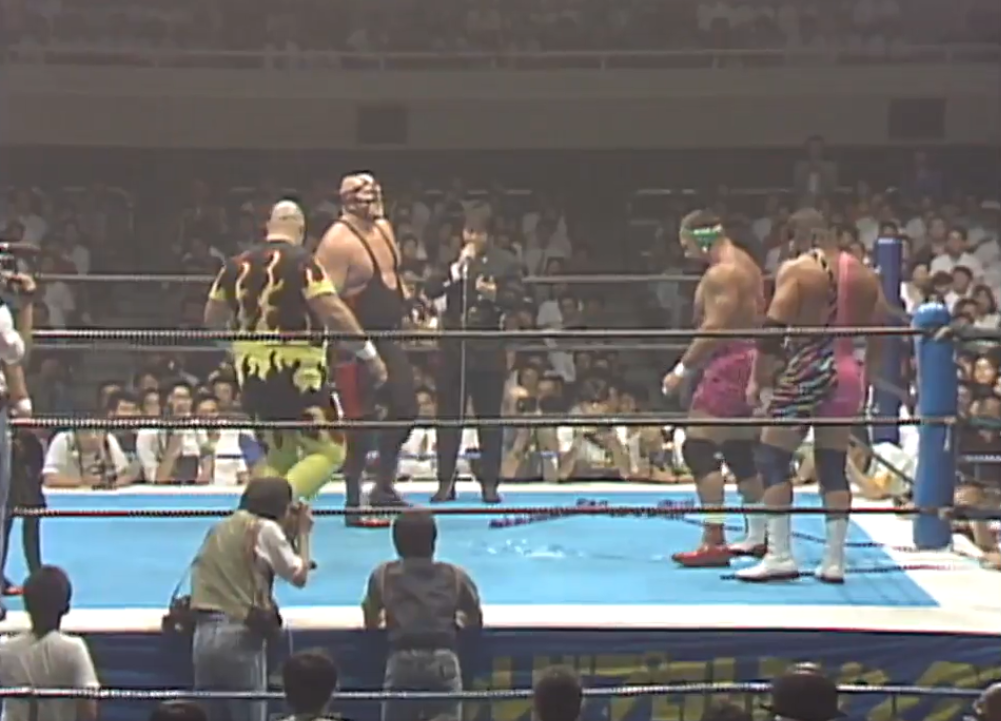 This summer’s G1 Climax entrants include two men continuing a tradition of athletic giants in the NJPW ring. Lance Archer and Jeff Cobb are huge, powerful, and just as likely to fly as they are to overpower their opponents.

The athletic big man has long been a favourite of New Japan crowds, be they Japanese or not. In the early 1990s, Crusher Bam Bam Bigelow, Big Van Vader and the Steiner Brothers represented that class of performer perfectly, and this Budokan tag match was a dream bout for any fan of hoss fights. This is as intense and hard hitting as you would expect. 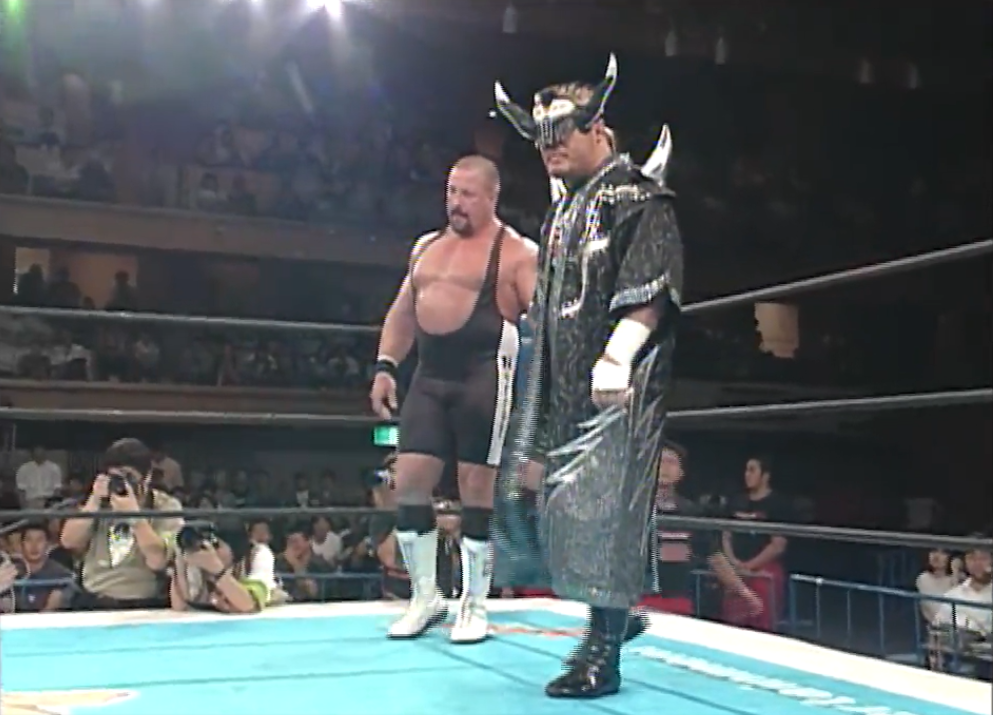 Hiroyoshi Tenzan and Scott Norton fit a similar athletic heavyweight mould as the four men above. Already respected by the fans, their popularity would be strapped to the late 1990s juggernaut that was known as nWo Japan. By the summer of 1999, questions were being raised about the faction’s future, and a potential power struggle between Masahiro Chono and Keiji Muto. Regardless of group leadership though, Norton and Tenzan were eager to blast through the top heavyweight prospects that came their way.

That included Tadao Yasuda. The 1993 Dojo class member Yasuda was a tough throwback to Seiji Sakaguchi, whose ring gear he paid homage to. When it came to old school toughness, nobody fit better as a partner than Meng.

Meng was primarily wrestling for WCW, but had considerable cache, respect and fear in New Japan as well. The former and future King Haku was one of the most terrifying men on the planet, and still is two decades later. This was a hard hitting match, and interesting when considering Haku’s sons Tama Tonga and Tanga Loa, whose later popularity in BULLET CLUB would be compared to nWo all those years before.