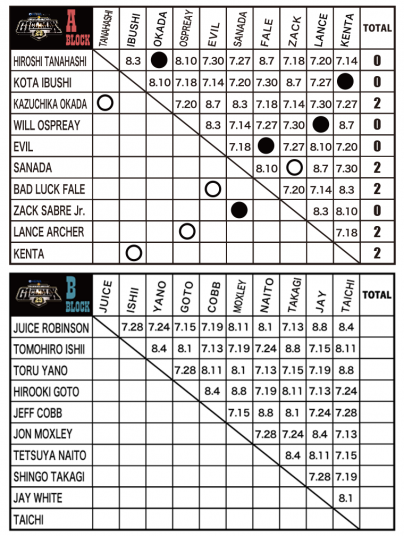 The G1 Climax kicked off in spectacular fashion in front of over 4,800 dedicated fans in Dallas, Texas. For the first time, a G1 Climax tour would feature an event in foreign soil as the wrestlers searched for an early lead in their G1 Climax campaigns. 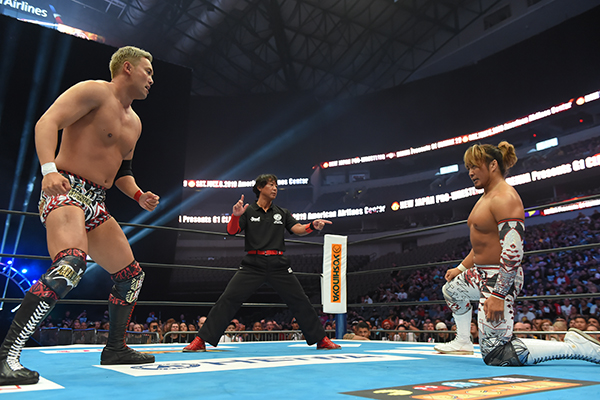 In their first singles match outside of Japan, the two old rivals, now allies, clashed in another thrilling installment of their almost decade-long feud. The two started off warily, it having been almost 10 months since their last clash (Destruction in Kobe 2018) with the two men in dramatically different states this time around. For the first time in many months, Tanahashi brought back his High Fly Flow, a move he was reluctant to use in his ultimately unsuccessful New Japan Cup run. However, when Okada was able to land two consecutive rainmakers in a row it was clear that the momentum between the two had shifted to Okada’s side and a third Rainmaker meant that he was able to pick-up his fist win between the two in a G1 Climax match. 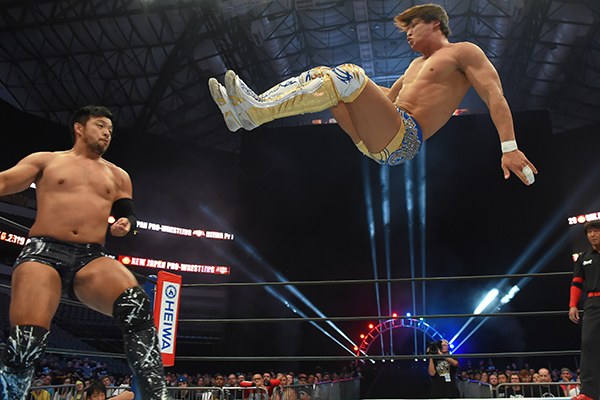 In KENTA’s first NJPW match, he made an emphatic statement by beating the previous year’s G1 Climax runner-up, Kota Ibushi. With judicious use of hard-hitting, powerful strikes, KENTA made sure that everyone present left the arena with his name on their lips. Ibushi, who is also well regarded for his powerful kicks, managed to keep-up with a man who essentially wrote the rule book on kicking in modern pro-wrestling. The two traded elbows, knees, forearms in a hard-hitting display. Ultimately, with Katsuyori Shibata watching from afar, KENTA was able to pull off the Go 2 sleep on Ibushi, securing the win. 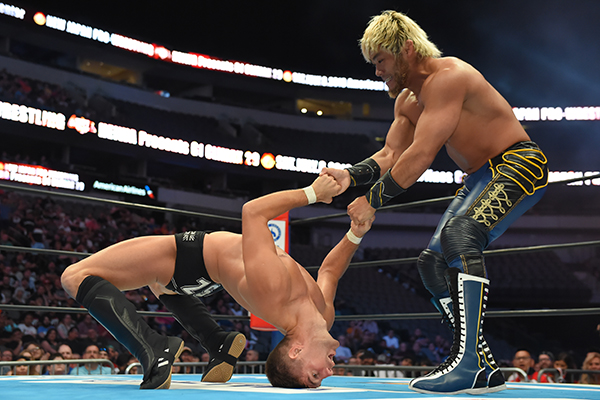 In a match of supremely skilled technical wrestling, both men entered the battle with something to prove. SANADA had recently lost in a title challenge to Sabre earlier in the month in British wrestling promotion, RevPro and Sabre was looking to avenge his loss in the previous year’s G1 Climax 28. The match started with a series of intricate grappling manoeuvres with both men attempted to get one over the other, but in this style Sabre is unparalleled and SANADA slid out the ring to recoup. Although he was able to execute some moves of his own, it was only when SANADA managed to trap Sabre in the paradise lock on the ring ropes that the match seemed to swing in SANADA’s favour. With SANDA employing more and more power moves such as a devestating missile drop kick, Sabre knew he had to end this early and attempted to roll him into a European Clutch. A rare mistake from Sabre as SANADA easily countered into an O’Connor bridge, winning the match. 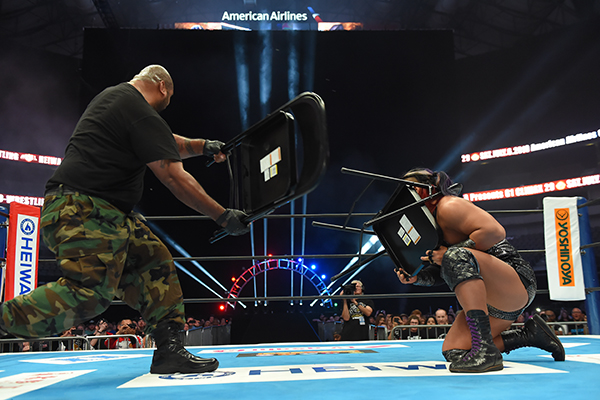 EVIL started the match quickly throwing Fale to the outside and attempting to bodyslam the Tongan. Fale fought back and was largely successful in using his physical advantage to his benefit. EVIL, looking for another was to best his opponent once again brought the match to the outside and introduced the use of steel chairs to try and weaken his opponent. Fale however, had no objection to playing by EVIL’s rules. Once the referee had been knocked out of the ring, Fale gave his opponent a low-blow and used the chairs to his advantage, allowing him to pull off his Bad Luck Fall and gain the victory. 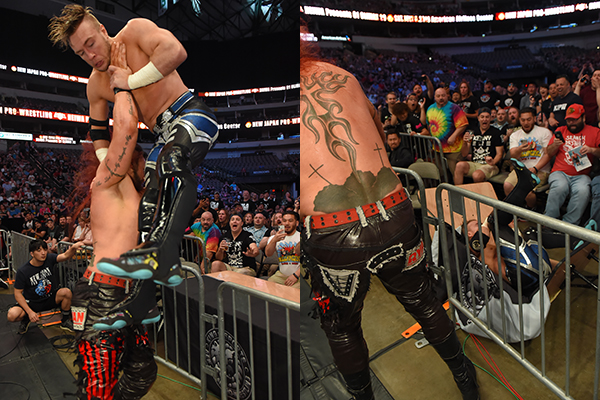 The match started with an explosion from Archer who tried to jump Ospreay, who in turn countered with a Spanish Fly and later a 450 splash, which pin-fall attempt, Archer kicked out after just a 1-count. From there, Archer quickly turned the tables and choke-slammed Ospreay through a table ringside, following which he subject the Jr. Heavyweight to a series of powerbombs on the turnbuckle, the centre of the ring, the ring apron and the entrance ramp. Whilst Ospreay was able to fight back, it was clear that his attempts to use his speed and dexterity advantage was failing and Archer was able to overpower him. Once Archer executed his avalanche Blackout, Ospreay was essentually done for and the match was ended when Archer applied his EBD claw and pinned the shoulders to the mat to gain a pin-fall victory. 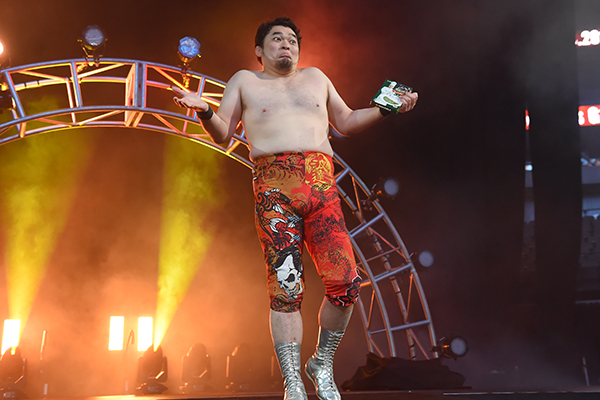 L.I.J. showed good teamwork throughout the match, frequently coming to each others’ aid, much to the frustration of referee Marty Asami. Liger was their first target and whilst Liger was able to get BUSHI in the Romero Special, LIJ broke it up, causing the Dallas crowd to erupt in a sea of boos. Robinson and Takagi squared off, as did Yano and Naito, both couples sizing their opponent up in advance of their respective matches on July 13 in Ota, Tokyo. In the end, Yano managed to steal a win by rolling-up BUSHI and disappeared up the entrance ramp quickly. Robinson and Liger lingered in the ring to thank the fans for their support. 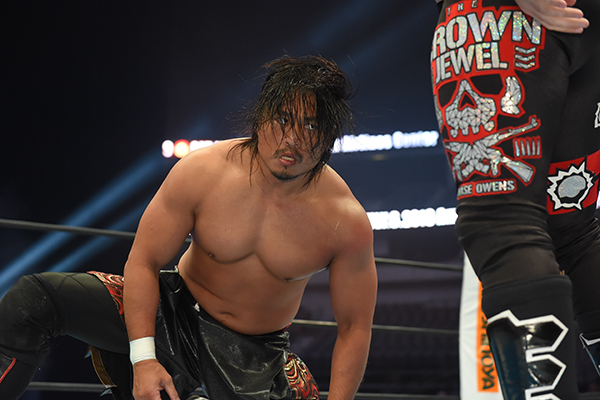 Gedo accompanied his fellow BULLET CLUB members to the ring and proved a nuisance to their opponents by interfering in the match. BULLET CLUB managed to slow the pace of the match down well, and looked set to gain victory, having isolated YOSHI-HASHI throughout the match. However, Goto, in his first official in-ring appearance since 4 May in Fukuoka would not let his partner down and through a ferocious attack managed to execute a GTR on Owens. 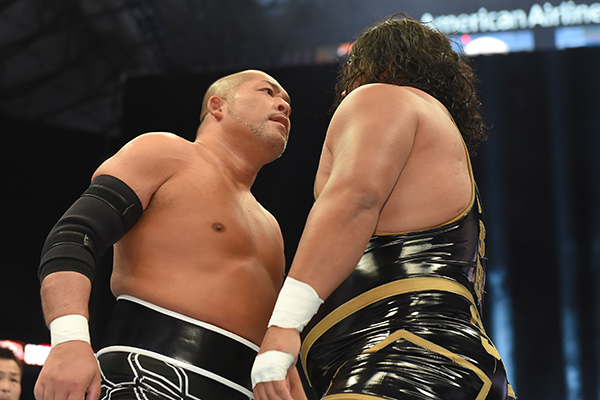 In a preview of their match in Ota, Tokyo on July, Ishii and Cobb squared off in the ring. The two engaged in a hard-hitting duel that left fans excited to watch their match coming up. Whilst the Young Lions showed a huge amount of grit and determination, they failed to make much impact against their G1 entrant teammates. Umino was not able to escape from a devastating Tour of the Islands from Cobb, and after the match, an incensed Ishii squared up against Cobb. The two clashed in the ring, as Cobb nursed a bloody nose. 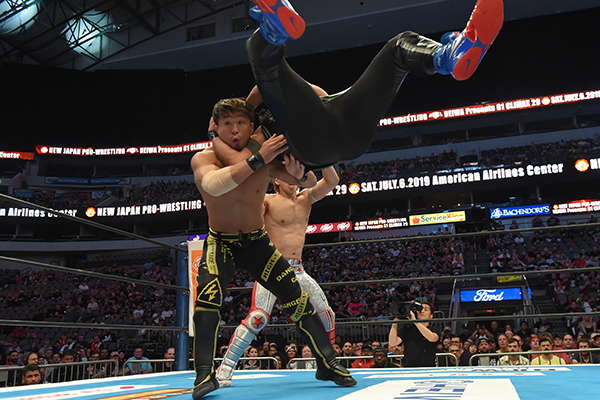 Whilst Roppongi 3K were able to form an effective team and attempted to use their speed and aerial advantage over the their heavyweight opponents it ultimately proved ineffective. The match turned when SHO & YOH attempted to use their 3K combination move, but were interrupted by Tonga who executed a vicious Gun Stun. The match was decided with a Super Power Bomb with Tonga providing the cover.