The Week that Was in NJPW World history (July 6-12)

With the G1 schedule seeing live broadcasts on NJPW World come thick and fast, there’s very little downtime for fans. When there is though, you don’t need to go anywhere else for a wrestling fix: the deep archives have something for everyone, and each week at njpw1972.com we take you through some of the highlights. 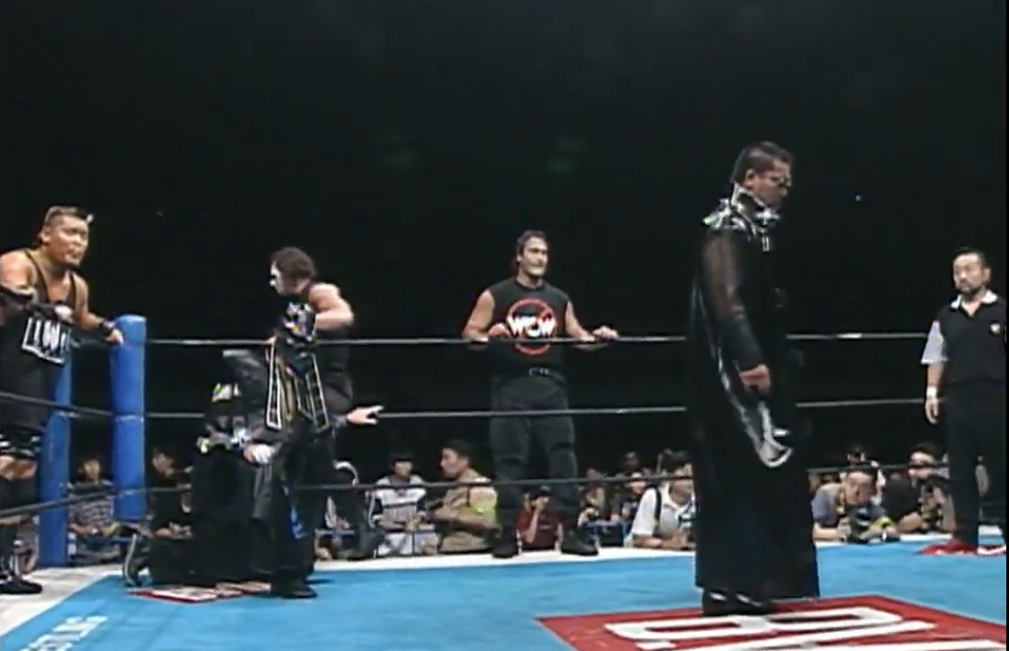 While NJPW kicked off July 2019 in Dallas, the Summer Struggle of 1997 found itself in Hokkaido, in the Makomanai Ice Arena. A hot tag team main event saw the one time unit of Three Musketeers in opposite corners of a tag team battle, as the war for supremacy between NJPW and nWo Japan raged on.

In the nWo corner stood founder member Masahiro Chono and the Great Muta, usual demonic facepaint in branded black and white. A hot topic of 1997 was the internal struggle of one Keiji Muto, with Muto being against the group while his alter-ego Muta was part of it. In this case, Muta and Chono were opposite two bastions of the traditional NJPW in Shinya Hashimoto and Riki Choshu. Hashimoto, in the midst of his dominant third reign as IWGP Heavyweight Champion, fought proudly for NJPW against the rebellious nWo organization. His partner Choshu, meanwhile, had recently announced plans to retire from in-ring competition the following January 4 in the Tokyo Dome, and was fighting hard in front of Hokkaido fans for potentially the last time.

While Hashimoto would attempt to take a traditional wrestling approach to the nWo duo, Choshu was rather more highly strung. Abandoning the feeling out process for a huge backdrop suplex to Chono early, Choshu went straight for a steel chair when Muta started to bend the rules to his favour. With a host of combustible elements in and out of the ring, it was a difficult night indeed for referee Tiger Hattori. 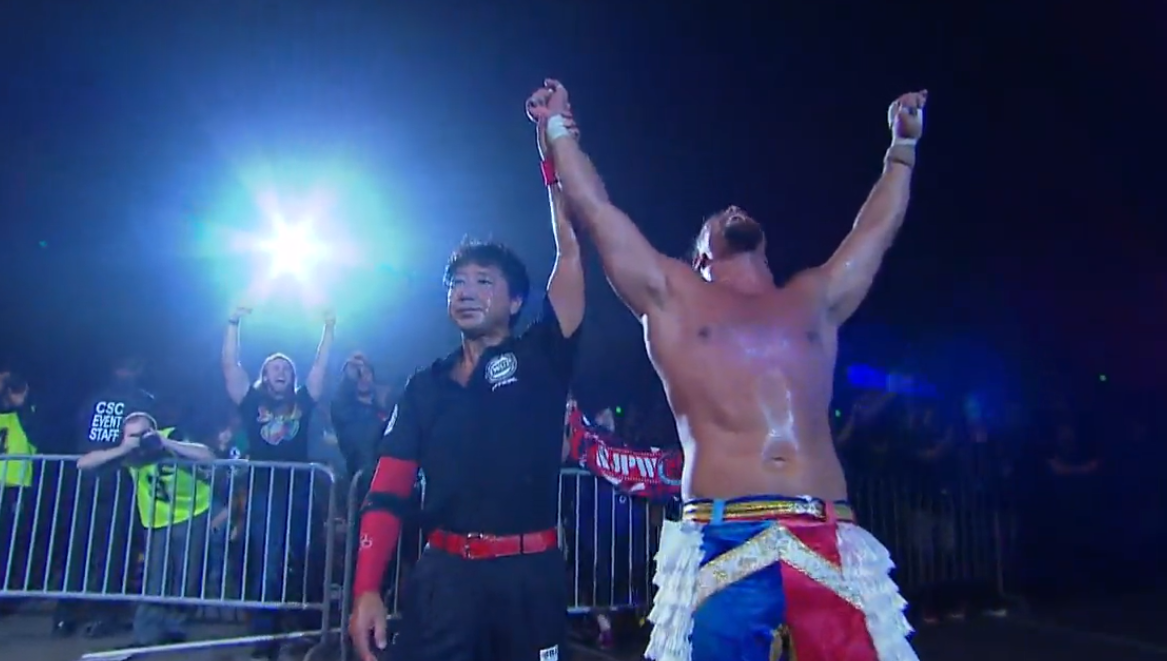 Juice Robinson took a huge gamble on himself when he left the WWE developmental system to come to Japan. Willingly starting from scratch in the NJPW Dojo, his dedication saw him earn the love of the New Japan fans and the respect of his competition. Yet recognition as a champion seemed elusive until the summer of 2018.

As NJPW headed to San Francisco’s historic Cow Palace for the first time, the IWGP United States Championship that had been inaugurated one year prior was around the waist of second champion Switchblade Jay White. This in itself was the cause of consternation for Juice; White and Robinson had formed a bond when they both trained in the Dojo, yet it was White that had earned his first New Japan gold earlier, and with a dark attitude shift that spat in the face of Robinson’s flamboyant positivity.

For White, in the Cow Palace, there was to be no love lost for Robinson; in the Switchblade’s mind, there was never any in the first place. For Robinson, the chance to finally seize glory and take his place in the roll call of New Japan champions. 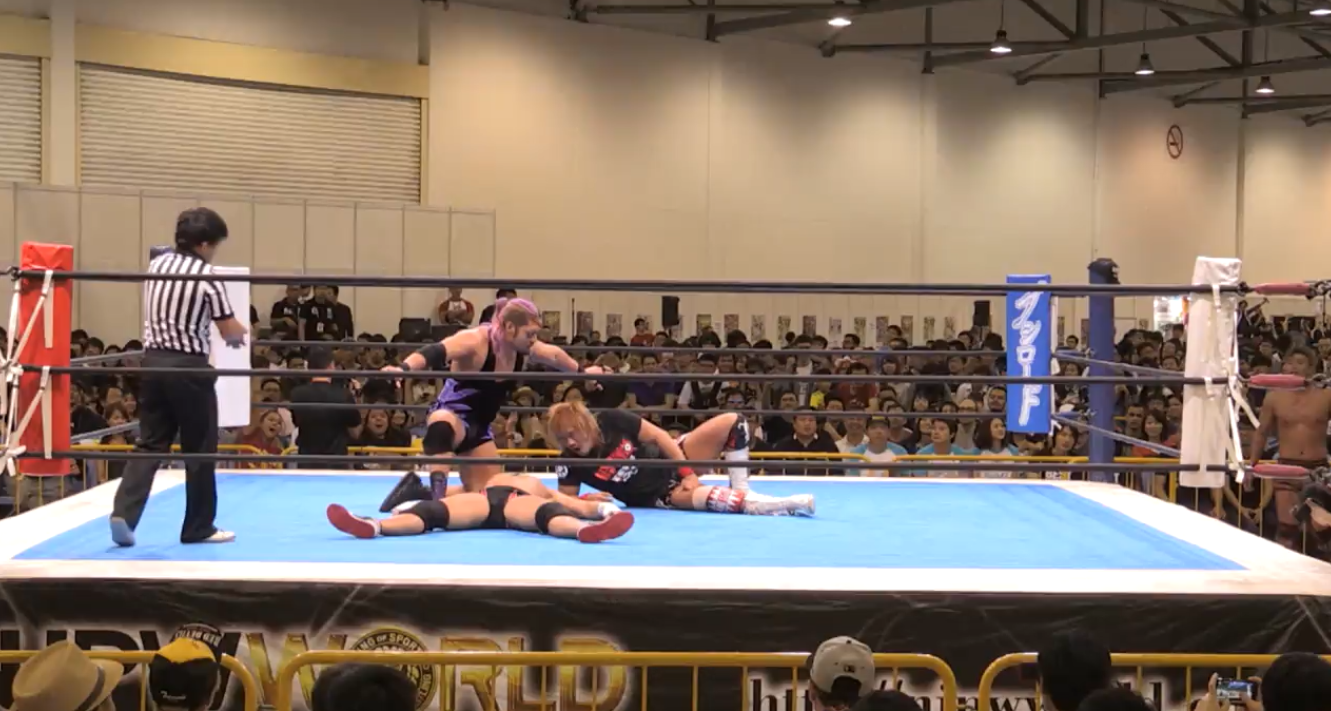 Over the past several years, in the days before the G1 Climax the top names of New Japan have showed what they can do to international audiences. In 2019, it was Australia with Southern Showdown. In 2017 and 2018, before the G1 Climax proper came to Dallas, New Japan headed to the US for the G1 Special events, and in 2016, NJPW stars were in the UK and Singapore.

For Singapore, it was part of the CharaExpo event, BushiRoad’s fan expo that will also host NJPW when it returns to the US this December. The Singapore public got a rare chance to see NJPW up close and personal for two days, including a tag match that saw EVIL and Tetsuya Naito take on Kazuchika Okada and Gedo.

Naito was heading into the G1 Climax having recently lost the IWGP Heavyweight Championship back to Okada. Okada had won the title in Osaka Jo Hall without the assistance of then right hand man Gedo, but the two put up a combined force in Singapore against Naito and EVIL, who was preparing for his first G1 Climax in just a few days. 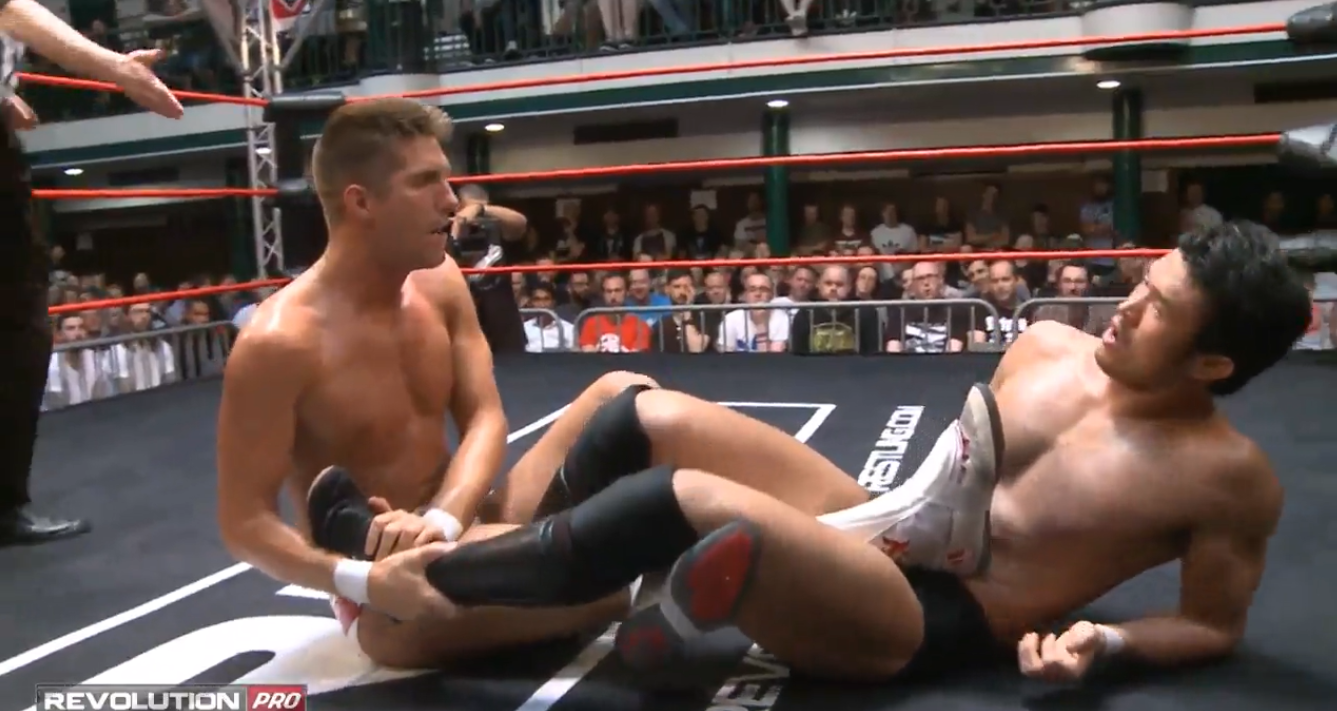 While many of the NJPW roster were in Singapore in July 2016, another contingent was in the UK, as New Japan’s wrestlers appeared at RevPro’s Summer Sizzler event. Then, as now, Zack Sabre Junior was Undisputed British Heavyweight Champion, but unlike the ZSJ of today, his allegiance wasn’t with Suzuki-Gun. Sabre had yet to make his official New Japan debut in fact, but was nonetheless in the ring with formidable NJPW competition in the form of Katsuyori Shibata.

The next March it would be another match with Shibata over the RevPro title that would see ZSJ make his New Japan debut proper, and would see the door open for Sabre in Minoru Suzuki’s army. Now though, he was his own man, but was no less confident opposite the imposing Shibata. York Hall fans were seeing a first time meeting of the two, with a dream clash of strikes versus submissions in the offing.