On August 1, B block see their sixth G1 matches. The tournament reaches two thirds distance with much to play for in Fukuoka. 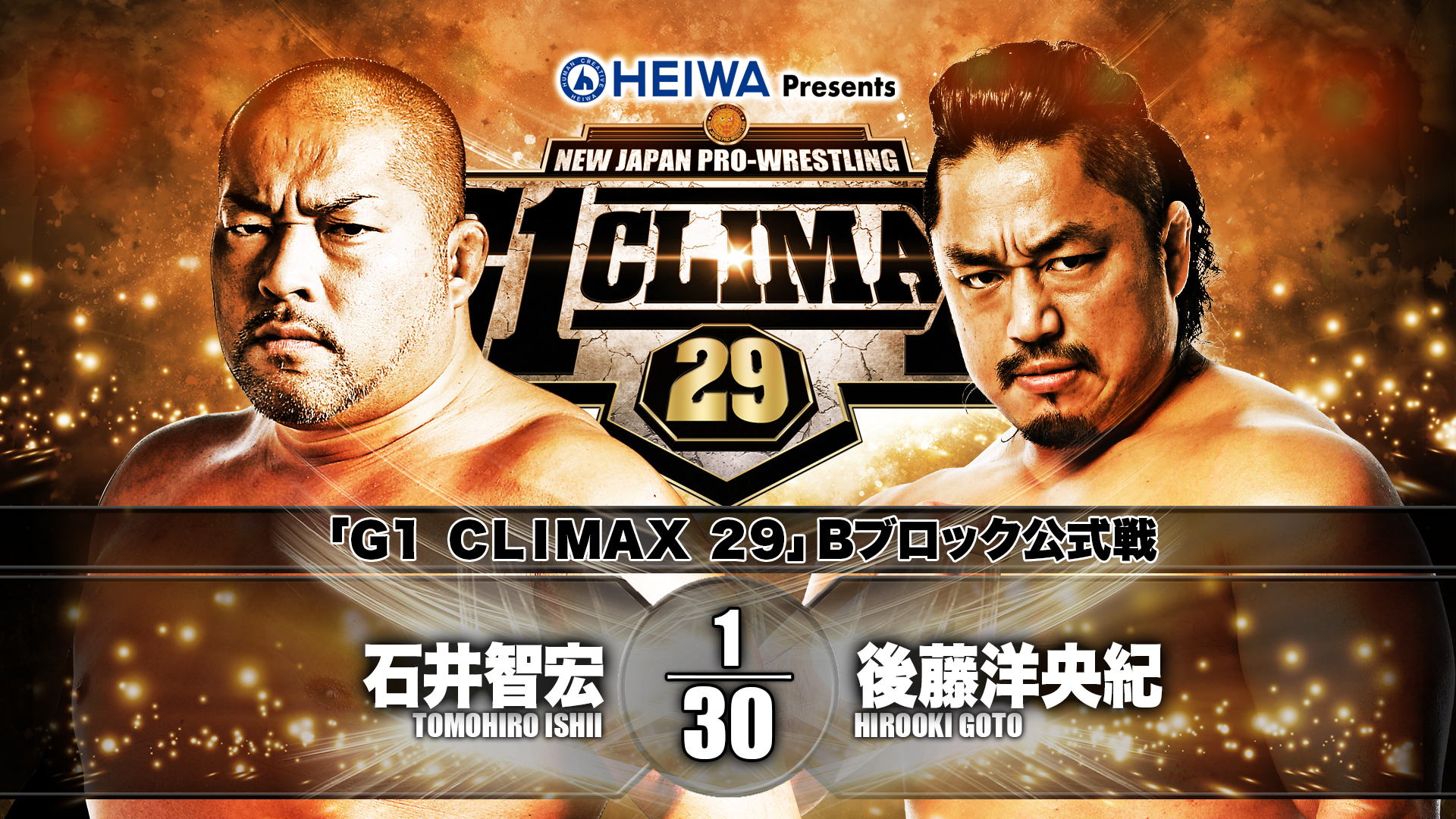 The Goto versus Ishii clash in Korakuen Hall during last year’s G1 was a strong pick for match of the tournament for many. That wasn’t just because of the content of the match, which was a vicious hard fought battle between two warrior with no quit in them. It was in large part due to the result, Ishii’s triumph over Goto overturned the record of their prior three G1 meetings, and somewhat redefined a rivalry that has alternated between friendly and aggressive, but has been consistently dominated by Goto.

Now, Goto has to overcome his stalled momentum after a hot start against Jay White. If the G in G1 29 really does stand for ‘Goto’, he must win to keep his chances alive, especially if Moxley beats Yano earlier in the evening. 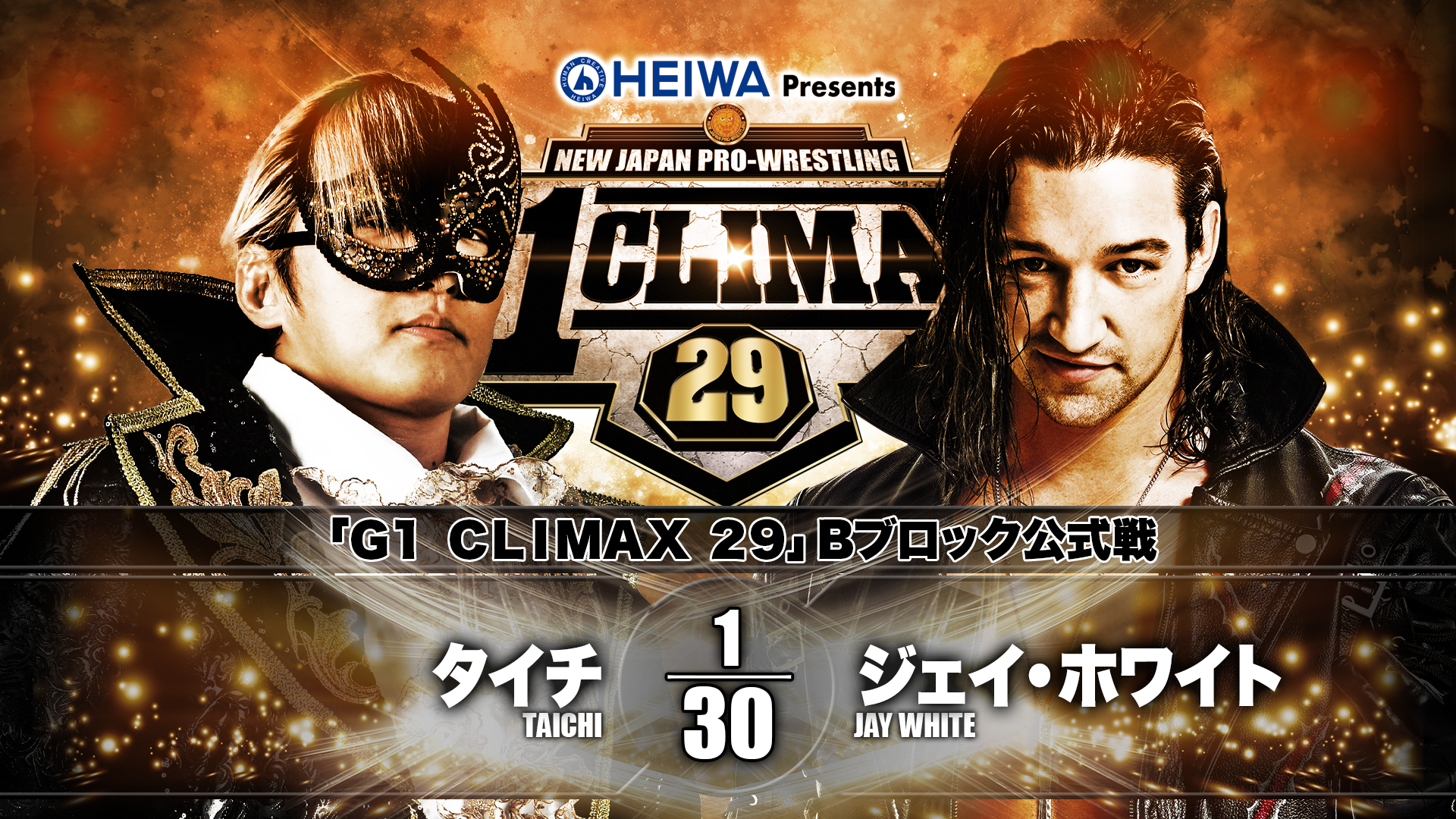 We often talk about clashes in styles being intriguing during tournaments like the G1, but Jay White and Taichi should be fascinating purely because on several levels, the two are rather similar. Both revel in the distaste of the audience, both take great joy in riling up their opponents, neither is afraid to take shortcuts on the road to victory, and both have the natural ability and toughness to more than adequately get the job done by themselves in the middle of the ring as well.

They both have 2-3 records going into their Fukuoka meeting too, though where they differ may be in their mindsets. With high profile wins over Goto and Naito, Taichi has already proved the point he was seeking to make this year in his debut. He has shown that he’s a valid entry to any G1 field, he’s beaten two individuals he openly despises, and everything else, including still being alive in the tournament, could be gravy to him. For White though, positioned as a pre-tournament favourite yet with his back against the wall after his opening three losses, his win loss record was cause for concern and frustration. Now he has two wins under his belt, Jay White is seemingly back on track, but must win against the Holy Emperor, who will be happy to keep his chances alive by derailing the Switchblade’s. 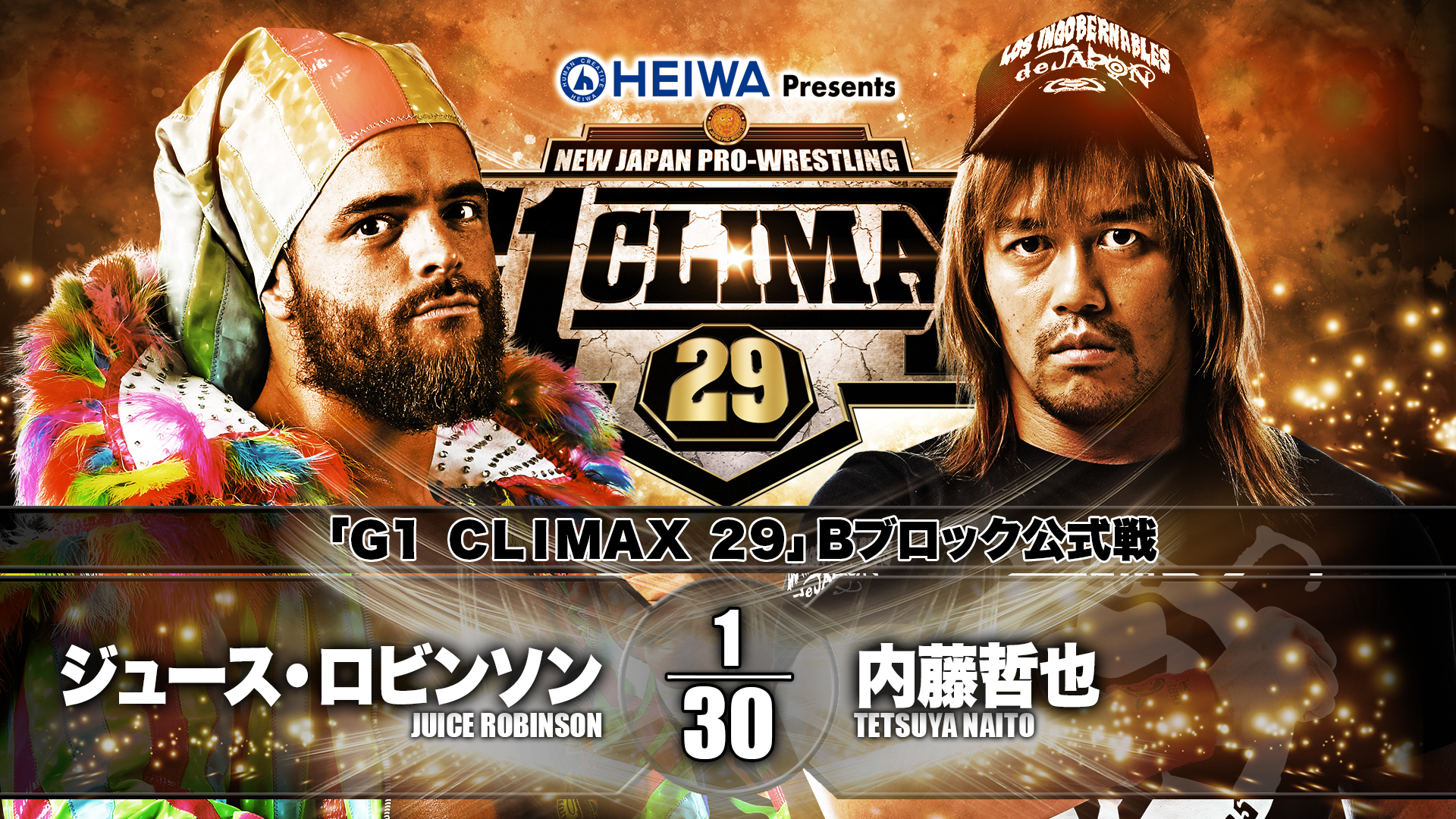 Tetsuya Naito and Juice Robinson have deeper ties together than their mere two singles matches would suggest. When Juice first made the move to NJPW, he often found himself in tag team matches with Naito as his partner; a Naito who had just joined Los Ingobernables, and was not in any mood to be paired with a pareja not of his choosing.

‘He’s grown a lot since then,’ Naito commented in his NJPW1972.com interview ‘I just don’t see him beating me’. Backhanded compliments are a forte of Naito’s, but Tuesday in Takamatsu, Naito’s post match compliment was less backhand and more ‘broke hand’. Naito’s assault of Juice’s left seemed a deliberate attempt to put Robinson in the same one handed handicap position he was in when Naito beat him during last year’s tournament, a key sign that Naito respects, and could well be intimidated by, Juice. 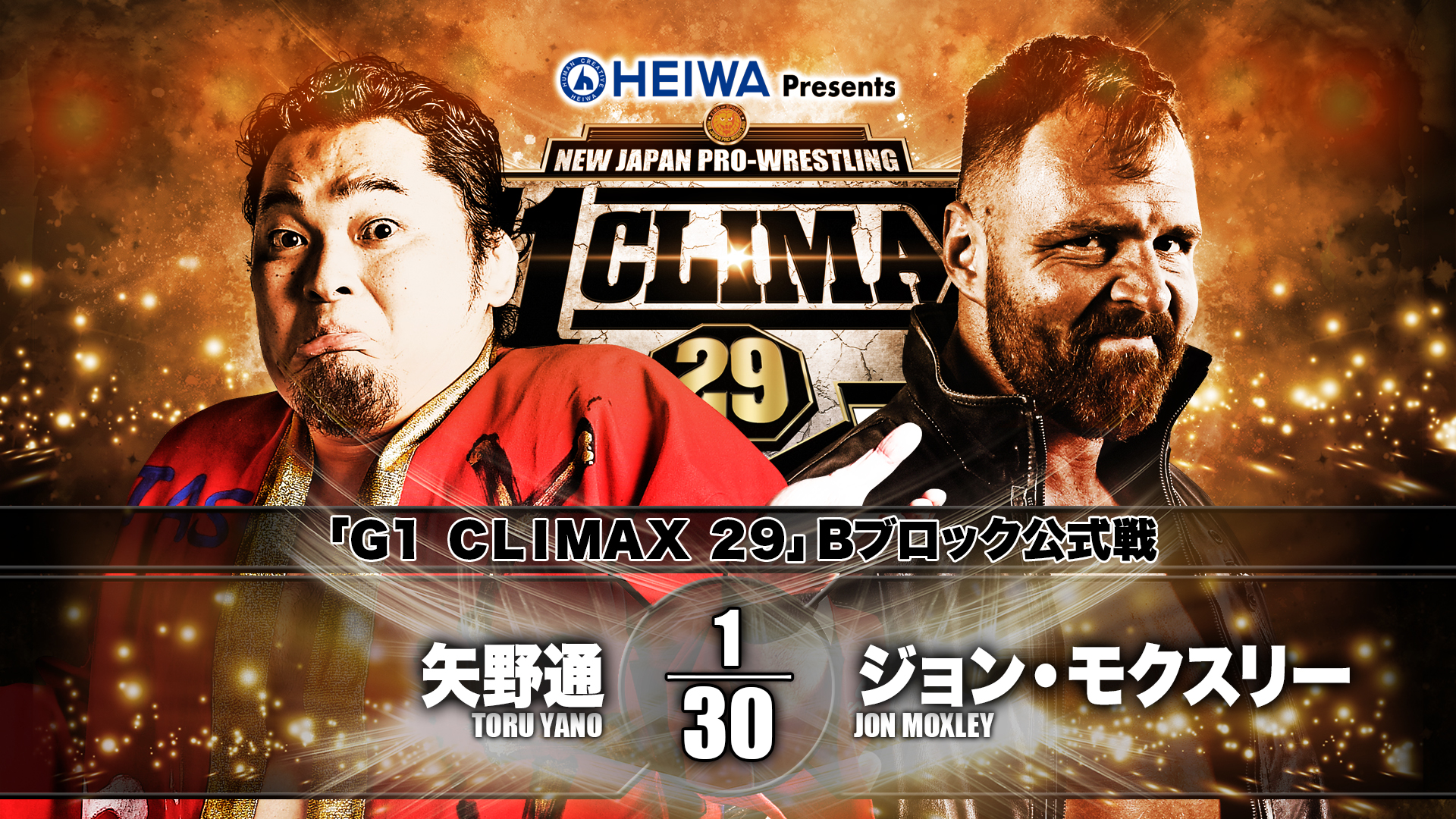 After he rolled up Shota Umino Tuesday night in Takamatsu, Jon Moxley may well be looking to beat up the Sublime Master Thief like Toru Yano owes him money. Yano kind of does; at least via ring announcer Kimihiko Ozaki, who ‘volunteered’ the requisite 5,000Yen for Mox  to buy Yano’s DVD despite Yano not keeping up his end of the transaction.

Yes, this match is a unique one, the kind of scenario that only seems to get cooked up when Yano is involved. Yet the consequences are deadly serious. Moxley, having won his first five G1 matches straight has already lodged the best debut G1 start since Kazuyuki Fujita in 2005, and going 6-0 would not only put him a step closer to Fujita’s record of seven wins that year, but it could eliminate large swathes of B block from mathematical contention. A Moxley win puts everybody on four points at the end of the evening out, and gives even the six point holders slim chances, especially if they lost to the Purveyor of Violence early in the tournament.

Moxley is running roughshod over his debut G1 competition, and Yano seems like an easy win. Yet Yano can beat anyone, and if anyone can beat Moxley, Yano can. 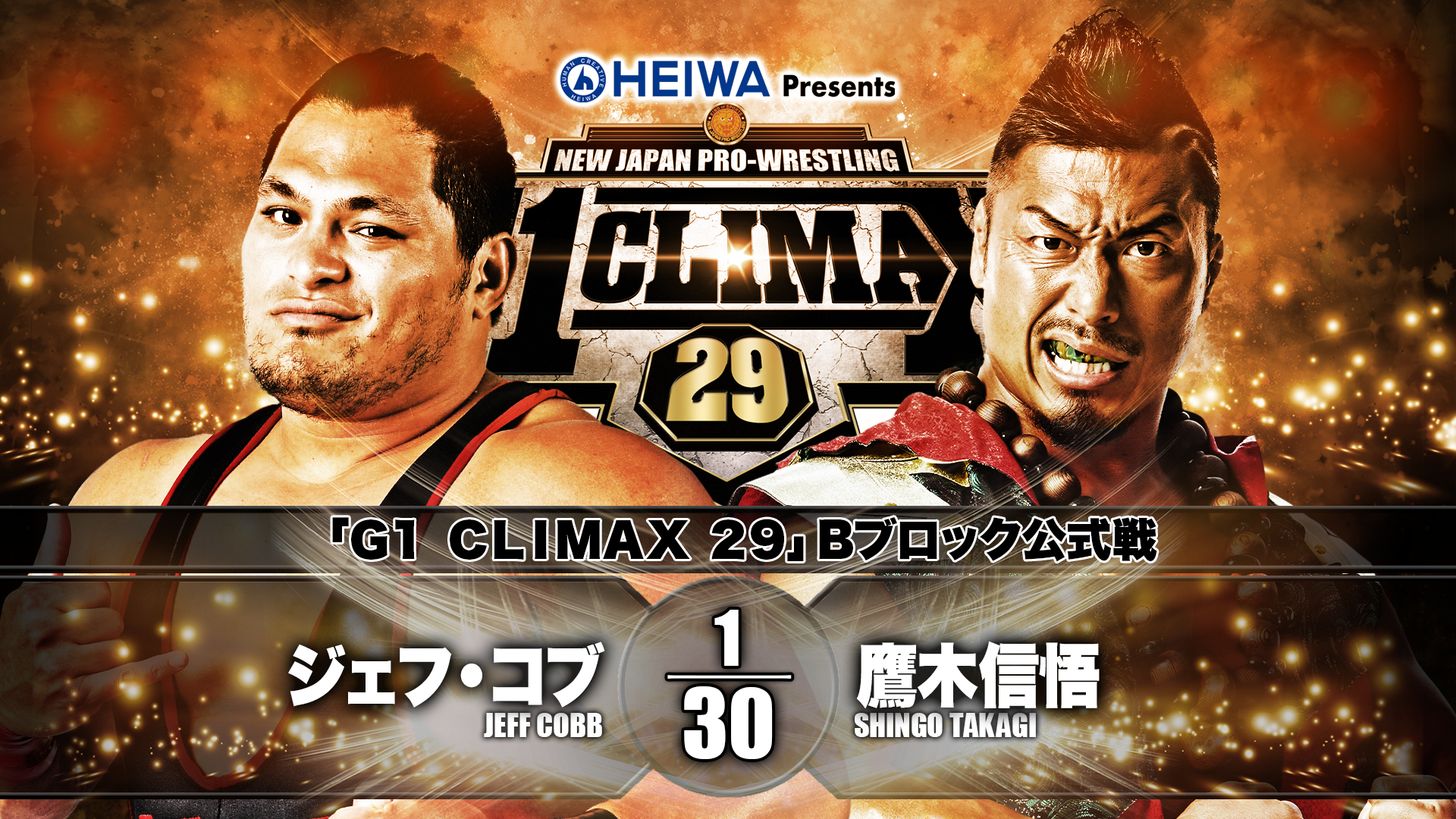 With Shingo Takagi making his G1 debut, almost every match is a fresh one for him, but Jeff Cobb is an opponent he has at least a little experience with, even if not one on one. It was against Shingo, and Bandido in a three way, that Cobb emerged victorious from PWG’s 2018 Battle of Los Angeles, a feat that helped further establish Cobb as one of the most effective tournament wrestlers in the business.

That standing however has been tarnished by a patchy record in G1 29. Despite strong performances, results haven’t followed, leaving Cobb with a negative win loss record shared with Takagi. This match will likely be a must win battle for both men, and with Cobb and Takagi’s straight ahead style, should be chaotic and thrilling to watch.