The rest of the card has also been finalised and is as follows: 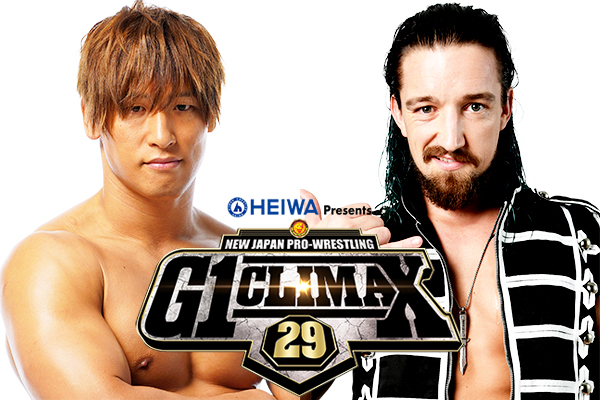 In the main event, A Block winner Kota Ibushi faces B Block winner Jay White in the G1 Climax 29 final. Kota Ibushi lost his first two block matches in the G1, but won out the rest of the way, ending on a 7-2 record w9ith a thrilling victory over Kazuchika Okada. He vowed to push and fight valiantly until the very end of the tournament, stating ‘I won’t go down the same path as last year. I promise I’ll win the G1.’

Jay White had his own rough start to the G1, coming from a 0-3 record to finish the group at 6-3. Despite some underhanded tactics at times through the tournament, his last B block victory over Tetsuya Naito was almost entirely within the rules, though not for lack of trying on Gedo’s part to interfere, rebuffed by Naito. After the match, White called Ibushi to the ring, ostensibly to clear the air. White would promise that Gedo wouldn’t be a factor in the G1 final, and would wrestle fairly. The mean streak was in full effect Sunday however, as Ibushi took the bait and was punished. White assaulted Ibushi, including landing vicious chair shots to Ibushi’s injured ankle. The Golden Star has a near impossible path to G1 glory Monday, but will certainly never give up until the match’s end. 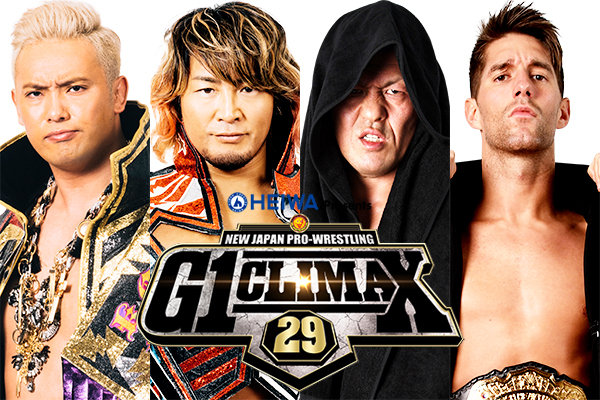 In the semi-main event of the evening, the Suzuki-Gun team of Zack Sabre Junior and Minoru Suzuki face the combination of Hiroshi Tanahashi and IWGP Heavyweight Champion Kazuchika Okada.

Neither Okada nor Tanahashi’s G1 campaigns finished how they had hoped; Okada went on a record setting run in the tournament, but ultimately two losses, to SANADA and in the deciding block match against Kota Ibushi, saw him finish second. Tanahashi meanwhile finished on eight points, with his first negative win:loss ratio since 2008. Still though, there is no arguing that Okada and Tanahashi is a Dream Team, and one that has been growing more effective, including scoring a win at Southern Showdown in Melbourne against Bad Luck Fale and Jay White.

In the opposite corner however stand two men who are as tough as they come, and are certifiably championship calibre. Minoru Suzuki and Zack Sabre Junior together held the RevPro British Tag Team Championships a record 475 days, but ZSJ is not planning on having a tag match at the end of the month when NJPW heads to London for Royal Quest. After Tanahashi surprised Zack with a flash pin on Sunday (this, after pinning the Rev Pro Undisputed British Heavyweight Champion in Korakuen earlier in the G1) ZSJ nominated Tanahashi as his challenger for London.

Minoru Suzuki meanwhile has been eerily quiet throughout the G1, speaking only to say that as summer winds down for many wrestlers and staff at NJPW, his is only starting to heat up. What could he have in mind opposite Tanahashi and Okada in the Budokan on Monday night? 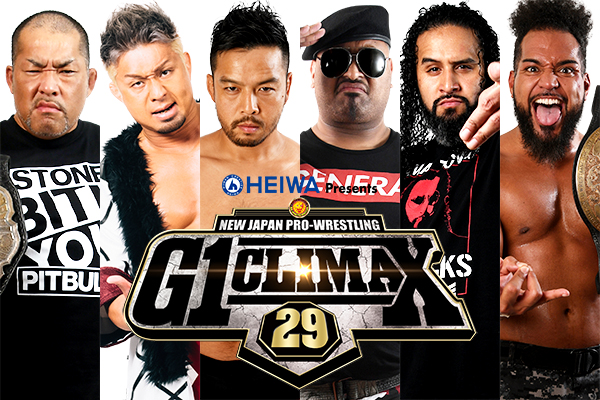 Match six sees six man tag team action as KENTA teams with two members of CHAOS in Ishii and YOSHI-HASHI to take on Fale and IWGP Tag Team Champions the Guerrillas of Destiny.

GoD will see action in NJPW for the first time since the G1 kick-off in Dallas. The IWGP Tag Team Champions will be raring to go, but KENTA will also be champing at the bit to take on Fale. In Osaka, outside interference from Jado and Chase Owens led to the self proclaimed ‘Wrestling General’ Fale scoring a win with a schoolboy. Revenge will doubtless be on the mind of KENTA in the Budokan. 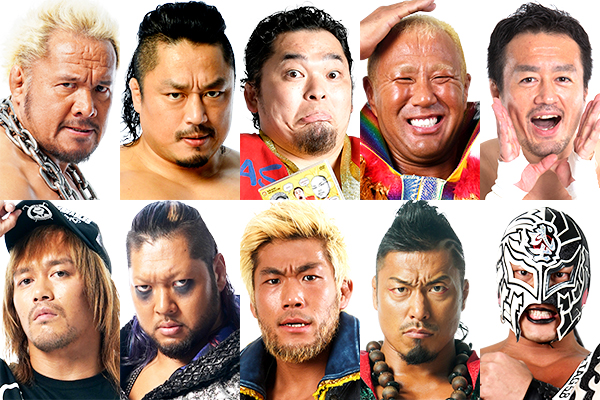 Sunday night, Naito came up just short against an awesome Jay White. He will not be able to achieve his goal of winning both Intercontinental and Heavyweight Championships through the G1 at least, but he will be planning his next move starting with this night in the Budokan. He’ll also likely target Toru Yano in this match; after Naito took Yano somewhat lightly going into the G1, he paid the price with a quick loss in his first group match in Ota, and will now be ruing those two lost points. Meanwhile, you can expect Shingo Takagi and Hirooki Goto to collide full force after an absolute war last night in the Budokan. 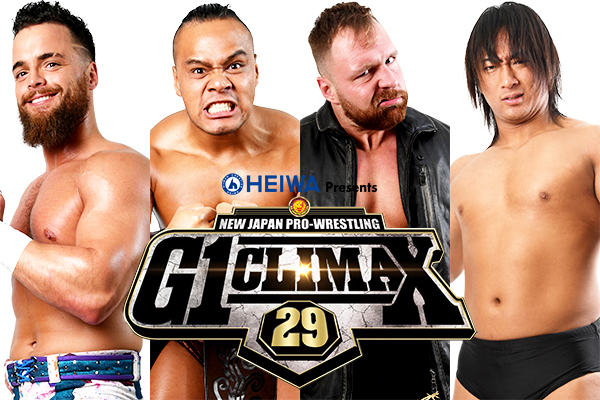 He may have ended his G1 with a negative 4-5 record and eight points, but Juice Robinson ended his G1 on a high Sunday night when he defeated IWGP United States Champion Jon Moxley. Avenging his June 5 loss in Ryogoku, Robinson steadfastly refused to be drawn into Moxley’s game, refusing to use the tables and chairs Mox brought into play and instead fighting clean and landing Pulp Friction for the win. Next on the agenda has to be a championship rematch, but first he has this tag team bout. Henare will also be gunning for the champion, and taking every opportunity to distance himself from Shota Umino as his eyes are on next year’s G1 field.

Roppongi 3K return to join Will Ospreay in facing the BULLET CLUB trio of Owens, Takahashi and Ishimori. SHO and YOH are still furious at losing the IWGP Junior Heavyweight Tag Team Championships to Ishimori and El Phantasmo during the Kizuna Road tour, and there’s also the matter of SUPER J-CUP 2019 on the horizon. With SHO, YOH and Ishimori all confirmed as participants, they will certainly be looking to make a statement ahead of the tournament start on August 22.

In the second match of the evening, Suzuki-Gun face the trio of Cobb and the returning Liger and Tiger. After over 30 years, we will be seeing Liger’s last match in the Budokan tonight, and he’ll be looking to finish his last summer as an active wrestler strong with a win here, before heading to the US for SUPER J-CUP 2019.

After Sunday night kicked off with some highly spirited competition between the members of the New Japan Dojo, Monday’s action will kick off with Tsuji and Narita facing Katsuyori Shibata’s LA Dojo members Fredericks and Connors. Both teams will be looking to prove that theirs is the superior Dojo in the Budokan.