The Road to Destruction arrives in Shimane on September 18 for day 11 of the Road to Destruction tour, and the 11th day of Young Lion Cup matches. As the tournament approaches its conclusion, each of the young prospects have two matches left to wrestle, and there are four wrestlers at the top of the pack that still have a chance of victory.

Watch all the Young Lion Cup action on demand on NJPW World! 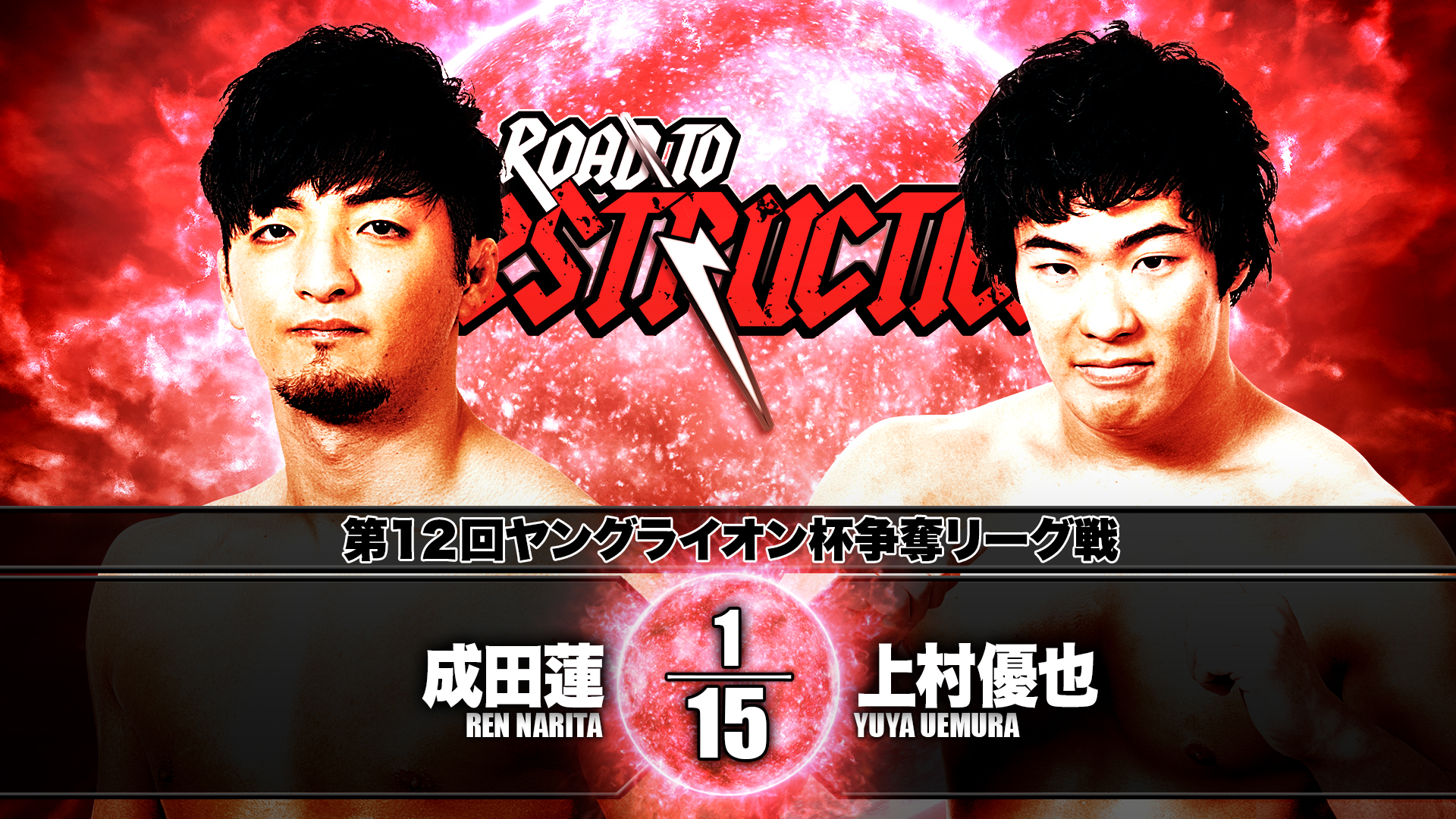 This suplex heavy battle sees Narita with the chance to control his destiny as much as possible going into the last night of action in Kobe Sunday. A win over Uemura will make him the first wrestler at 10 points, and would send him to Kobe in the knowledge that he has a tie breaker over Karl Fredericks, albeit one paired with a loss to Shota Umino.

It’s fair to expect a contest of Narita’s Narita Special #4 and Uemura’s Overhook Suplex here. The high Gable grip Narita Special #4 has gotten most of Narita’s 8 points to date, while Uemura was finally able to use his Overhook effectively against Clark Connors in Kagoshima Monday, moving to two points. That registered Uemura’s first career win over a wrestler whose name wasn’t Yota Tsuji, and his supporters will be hoping that puts Uemura on a roll. A victory over his Dojo senpai could effectively spoil Narita’s league, but would mean the world for Uemura’s confidence going forward. 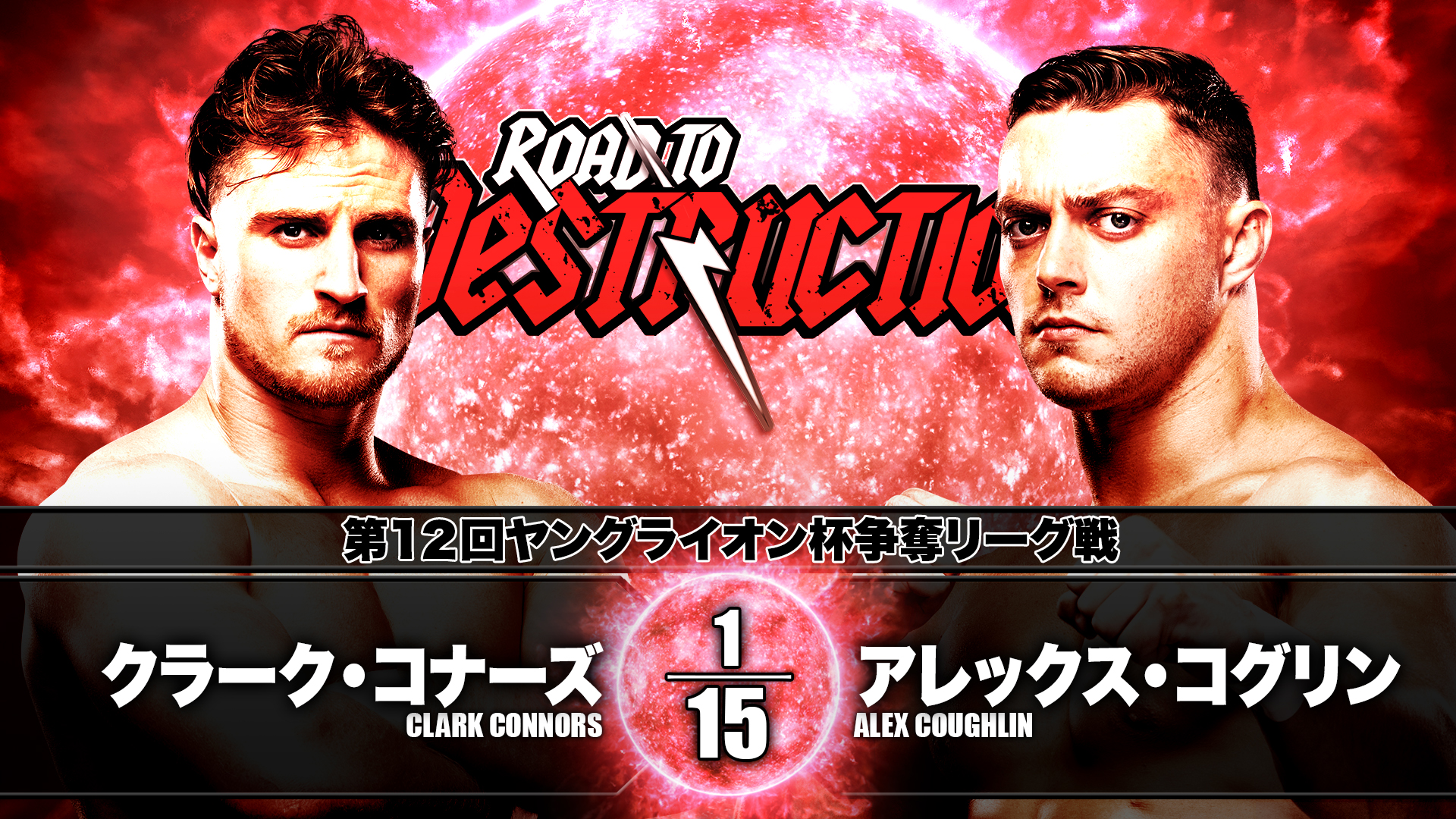 Clark Connors, Shota Umino, Karl fredericks and Ren Narita are all still in the Young Lion Cup running going into its final days, but Connors has less control of his fate than any of the other three. While Narita, Fredericks and Umino sit at 8 points, Connors’ shock loss to Uemura Monday leaves him at 6, two points off the lead tie; he now needs to not only win out, but pull for Umino and Fredericks to lose their coming matches in Tottori Thursday, and for Umino to beat Fredericks in Kobe or for the two to go to a draw.

It’s a tough road to climb for the man who proudly embraced the label of the LA Dojo’s ‘captain’. Now he must truly prove himself worthy of that status, and do so against a fellow Dojo member. Connors lost his other LA Derby to Fredericks; can he bounce back in Shimane and keep his league hopes alive?