Hirooki Goto is coming for Jay White… and IC white and gold!

With Power Struggle just days away, NJPW1972.com sat down with Intercontinental Championship challenger Hirooki Goto as he counts down to his title match with Jay White in Osaka. 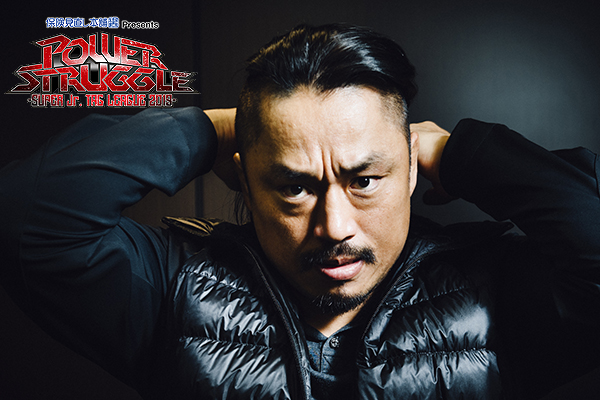 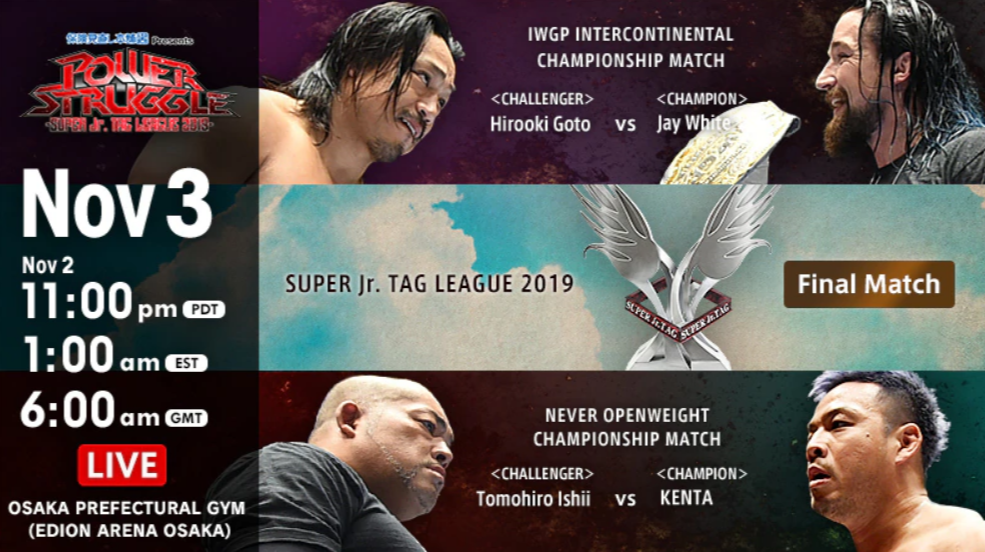 I’m in the best shape of my career.

–First of all, with your title match coming up this Sunday against Jay White, what kind of shape are you in physically?

Goto: I’m in the best shape of my career. I’ve lost some weight, gained flexibility. My conditioning is much better: I feel great after my matches now, none of the tiredness I used to have.

–Did your trip to the LA Dojo before the G1 play a big part in that?

Goto: Absolutely. If I was going to take that time away right before the G1, I had to show something had changed when I got back, and first impressions matter.  When I first went on excursion to Mexico, I had that same desire to come back with a different look, so I gained a lot of weight. This time I lost it. 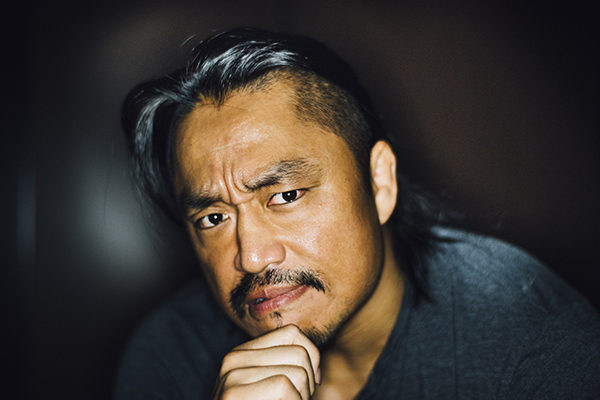 Goto: Well first of all, I could focus entirely on wrestling in that environment. I would go to the Dojo at 9AM and be there all the way to 5 in the evening.

Goto: Oh yeah. I’d eat lunch there, and they have an acupuncturist come a few times a week. You don’t have to leave, so you can spend the entire day completely focused on wrestling.

–Was your old high school friend Katsuyori Shibata a big part of that?

Goto: Oh yeah, absolutely. Him being there really took me back to our school days. It really was like being in high school with him, from morning training through to the evening.

–Did that feel weird in a way?

Goto: It did at first, but then in a way it was kind of refreshing.

–It seemed along with the training, the lifestyle helped you get leaner.

Goto: Right. Shibata managed my diet and told me ‘eat this and only this’. So I had the exact same diet as him.

–So Shibata had your back in every imaginable way.

Goto: Not just him, but the guys in the LA Dojo. They all have this group mentality, all get in the same car, drive to the Dojo, train together, go home together. Their connection to the Dojo is super strong. 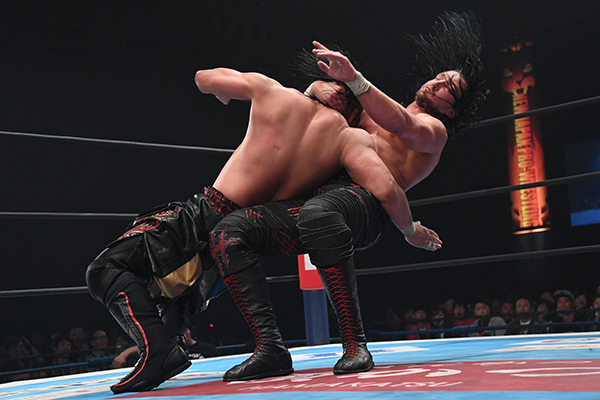 –What opened the door to you heading to LA was your loss to Jay White on April 29 in Kumamoto. Did that come as a shock to you?

Goto: It did, but looking back at it now, it gave me the drive, to focus on putting Jay White down.

— Was it particularly painful to lose to someone who used to be your junior in CHAOS?

Goto: I think it was more in the moment than that. I have a lot of juniors, Okada is my junior. It’s more that losing can be the start of something new, that’s part of wrestling. Losing to Jay led to a fresh start for me.

I first talked about double gold ages ago. My time has finally come. 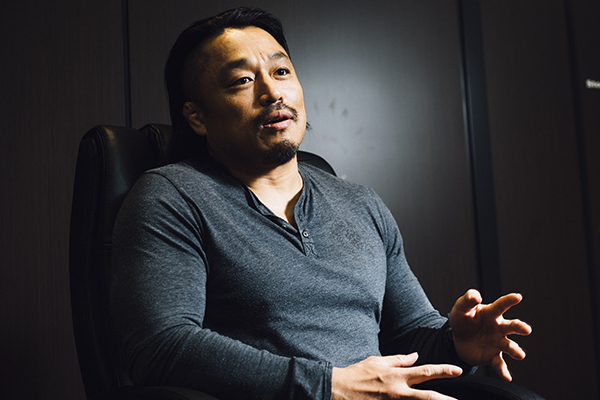 –‘Double champion’ has been the buzzword around NJPW for a while now, but you were the first to talk about it.

Goto: I don’t remember exactly whether I said the words ‘double champion’, but I definitely did talk about having the Intercontinental and Heavyweight Championship ages ago. It’s like my time has finally come.

–You won the 2012 New Japan Cup as Intercontinental Champion and challenged Kazuchika Okada that May.

Goto: I lost, but from the very first time I had the Intercontinental Championship I was talking about having both belts. It’s a matter of asking who the strongest is, and that the strongest should have the title. Shouldn’t it just be one person? That’s how I felt at the time.

–Do you feel that the IWGP Heavyweight Championship represents the best wrestler?

Goto: That’s never changed in my mind. At the same time, it’s the only title I haven’t held. Okada said that the IWGP Heavyweight Championship is the gold medal, and I think he’s right to say it.

–When you were feuding over the Intercontinental Championship with Shinsuke Nakamura in 2015, you talked about wanting a unification match with the Heavyweight Championship.

Goto: Yeah. Even as Intercontinental Champion, it didn’t really feel like I was the champion. Because the Heavyweight Champion was there, even though people called me the champ it didn’t seem like that was the case. So I figured if I held the Intercontinental title and challenged and beat the heavyweight champion, well then I’d really be the champ. 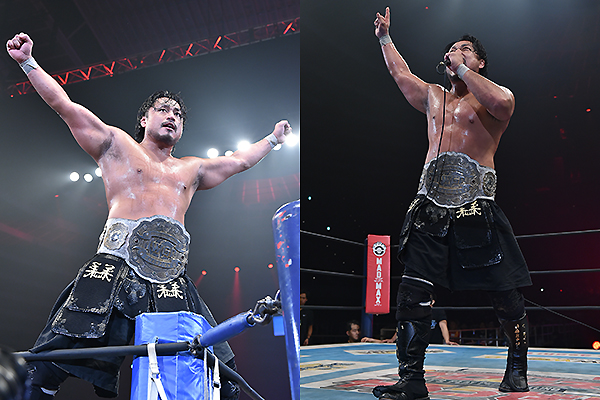 –You think the Heavyweight Championship is a step above the Intercontinental.

Goto: Okada said ‘If I have a gold medal why would I ask for a silver’, but I’ve never held the gold medal. And then there’s the fact I just turned 40: I couldn’t win the gold before 40!

Goto: Jay, Okada, they both won the IWGP at a young age. But then, when you think about it, nobody has ever been NEVER, then Intercontinental, then IWGP Champion in order like that. Especially for me, that would be an achievement unto itself, I think.

–When Naito started talking about wanting both titles earlier this year, it must have made your ears prick up…

Goto: Hm, well I thought somebody would speak up about it at some point. The fact is, I don’t think there was much to distinguish the Intercontinental and Heavyweight titles, and that’s why this situation came up. I think I was able to make that distinction for the NEVER Openweight Championship.

–There’s a very hard hitting image associated with NEVER Championship matches that has coloured that belt. You think there isn’t such a distinction for the Intercontinental and Heavyweight?

I lost so much confidence in that one match with Okada. 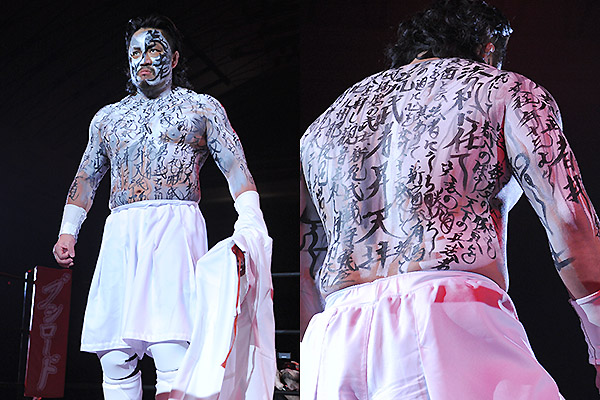 –This might be a sore spot to ask about, but recently Taichi talked about how many unsuccessful challenges you’ve had for the IWGP Heavyweight Championship.

Goto: Well there’s some achievement to that, right? It’s not something to be hugely proud of but even if I didn’t win, being in a position to challenge for the IWGP title for the eighth time is something. It’s up there in the record books. Nobody else can say they did that.

–So I take it that you’d plan to win the Intercontinental Championship as a stepping stone to the heavy?

Goto: It’s a big chance to turn everything on its head.

–Jay White has questioned your career accomplishments up to this point. He’s referred to this as your ‘last chance’.

Goto: He’s welcome to his opinion. But I’ve been in plenty of situations when it could have been my ‘last chance’ and I’m still fighting. So my response would be he doesn’t know what the hell he’s talking about.

–Tanahashi has spoken recently about feeling frustrated as younger wrestlers move ahead of him.

Goto: I see. Well, that’s on us to not fall by the wayside and show our own strengths.

–How do you rate Kazuchika Okada as IWGP Champion at the present time?

Goto: He’s unwavering. He conducts himself like a champion in every respect.

–If you beat Jay White, it’s conceivable that you will be heading to Wrestle Kingdom as the IWGP Intercontinental Champion. The main event on January 4 is already set as Kota Ibushi challenging Kazuchika Okada.

Goto: I don’t know who’ll come out on top of that, but two nights in the Dome means there should be two title matches in my opinion. I can picture defending the Intercontinental title against somebody on January 4 and then taking the title into the fifth to challenge whoever the heavyweight champion is.

–Power Struggle takes place in Osaka. When you talk about Hirooki Goto in Osaka, one’s mind goes to 2016, and the white body paint against Okada.

Goto: That was the last time I challenged for the IWGP Heavyweight Championship. It’s not something I like to look back on. I was knocked half unconscious during the match. Lost so much confidence that night.

–It was a shock to you personally.

Goto: That match… Ever since that match, the IWGP title has been a long way out of reach to me. Frankly, it’s understandable given how the match went.

–You tweeted that night, ‘I want to disappear’

Goto: I did. And I really did want to disappear. Even if I’d lost in the past I hadn’t been knocked back that much in my career. That was the biggest setback I’d ever faced. Maybe if I’d lost in the past, I could say I gave it my all, or I could accept it in some way. Here, I lost and I had nothing to hold my head up about at all. I’d never been in that position before.

I can wipe all those bad memories away in Osaka this time. 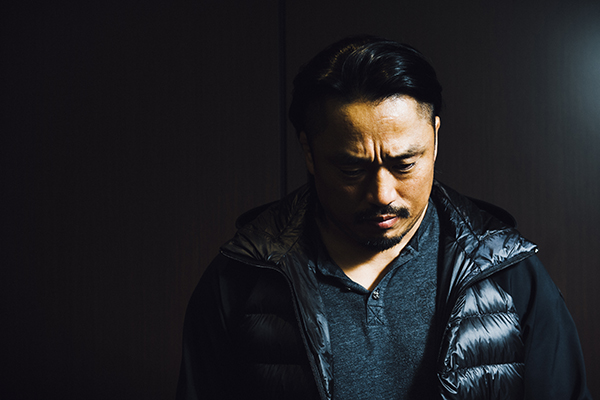 –It’s a different set of circumstances, but do you feel like you’re gunning for revenge in Osaka this time?

Goto: Ever since that match I had a little bit of a complex about the Osaka Prefectural Gym. But to come back there with an Intercontinental title match with a real significance to it, I might be able to wipe all those bad memories away.

–You came out in the body paint in 2016. Do you have anything similar in store for this match?

Goto: No, I want to go in and fight on my own terms with my own ability. LA made me reflect on that. Did I really get into this business to do that kind of thing? No, I’m here to be strong and get stronger.

–It doesn’t really gel with the man who reinvented himself in the LA Dojo.

Goto: Right. I don’t think I need to cover up my ability, my strengths with showmanship. I want to go out there with what I have, all I have, and win.

–That’s very understandable. But your opponent, Jay White, isn’t as straightforward in his approach.

Goto: Right. That’s where Jay will try and break down my fight style. That’s what I have to be careful of.

–You managed to beat White during the G1, but was there any part of his gameplan that had you troubled?

Goto: Hmm. He can be devious, but I’m confident I can use my strength to stop him in his tracks. What’s tough about him is how smooth he is.

Goto: He’s really good at transitioning out of different situations and using his opponents’ power against them.

–Taguchi was talking about you recently and mentioned he’d like you to be more focused with your offense.

Goto: Taguchi said that? Well, thanks for the advice. But I think having a broad move set helps take care of a wider range of scenarios. I think having more strings to your bow is a good thing, not a bad one. More than that, with Taguchi and I both 40 somethings now, I look forward to seeing him take better care of his body a bit, break down the system for junior heavyweights and throw his hat in the whole double championship ring. I’m waiting… (laughs)

–You’ve recently been combining the Ushigoroshi with a GTR…

Goto: It’s an effective trick, a feint. Make them think Ushigoroshi and go with GTR instead. I beat Jon Moxley with that. When I’ve used the two in one motion, rather than the feint, I’m calling that move the GTW. I’ll leave it up to you to decide what that stands for!

–Any final thoughts for Osaka?

Goto: Like I said before, I want to erase all memories of that 2016 match. In my mind, I don’t have anything holding me back. With the GTR and GTW, I’m going to turn everything upside down in Osaka!