In part two of our exclusive interview with the returning Great Bash Heel, Tomoaki Honma and Togi Makabe go in depth on their World Tag league opposition! 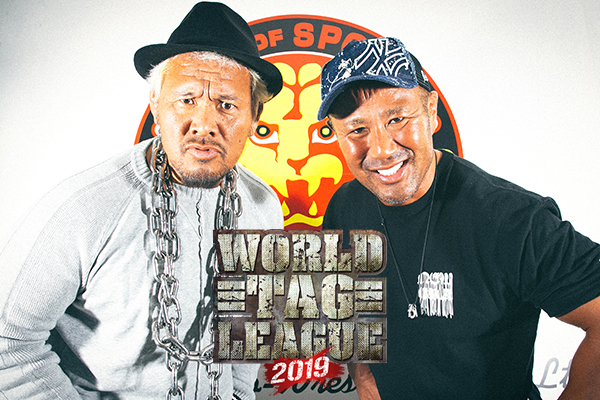 Watch every World Tag League match LIVE and on demand with NJPW World!

Me and Kokeshi still want to kick those brothers’ asses! 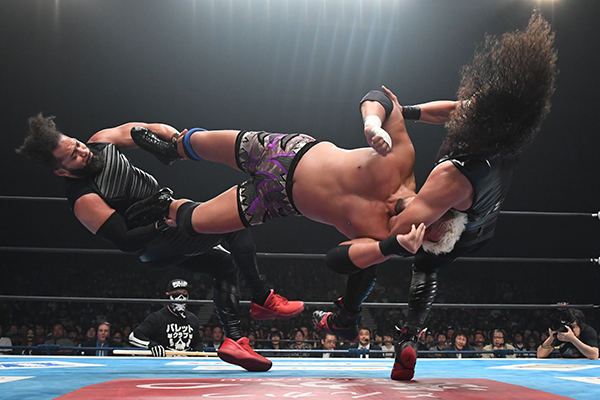 –On November 29, you two face the current IWGP Tag Team Champions, Guerrillas of Destiny. Seven months ago in Kumamoto, Makabe, you and Yano challenged for those titles but fell short.

Togi Makabe (TM): Those guys are double tough. In the end of that match, Tonga rolled me up. Here’s the thing, when it comes to pure strength, or wrestling ability, those two don’t have anything on me. But where they’re dangerous is in the double teams. They just string them together, boom, boom, boom. I never saw that coming, that loss in Kumamoto was on me.

–That brotherly bond has seen GoD to seven title defences.

TM: I’m not really worried about that when you add Kokeshi to the mix. This is two on two in the end. Those guys like to play dirty, but we wrote every page in their playbook. We’re the real deal.

–GBH in their element.

TM: That’s the plan. If you guys are going to come at us with X, we have Y in store for you. And for me personally, I have some revenge in mind. Me and Kokeshi want to kick those brothers’ asses.

Tomoaki Honma (TH): One thing that’s struck me lately is how good Tanga Loa has gotten. For a while, it was Tonga giving directions to Loa, and Loa listening to his brother to figure out what to do next. Now he’s able to function better on his own and take the lead himself. He’s got power, he’s got speed, he’s tough.

TM: All the more motivation to beat them up! 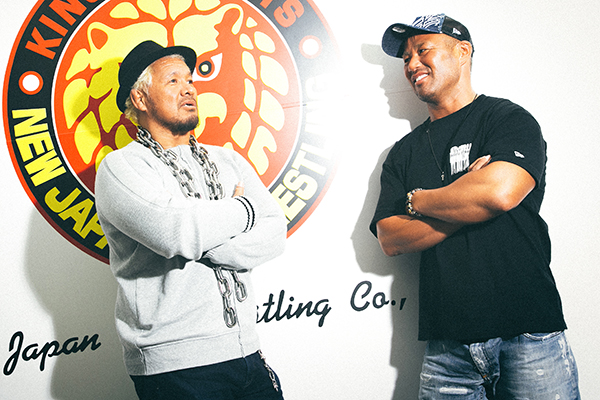 TH: GoD are tough, man. When Ishii and YOSHI-HASHI challenged them, they talked a big game, asking what big matches they pulled off together. At the end of the day, they backed their talk up. Plus they’ve got Jado in their corner.

–A long time ago Jado betrayed both of you in GBH.

TM: OK, steady on before they have to censor everything!

–Three years ago, you beat GoD to win the World Tag League. This is an important match to prove how you’ve both returned to form.

TM: They come at you with a lot of fury. You overcome that and…

TM: Right. They come at you with everything but if you can withstand that you can pick up a win.

TH: Get beaten down and beaten down, and then you overcome. We’ll show them the poetry of pro-wrestling that they don’t understand.

Yano and Cabana together? What a pain in the ass! 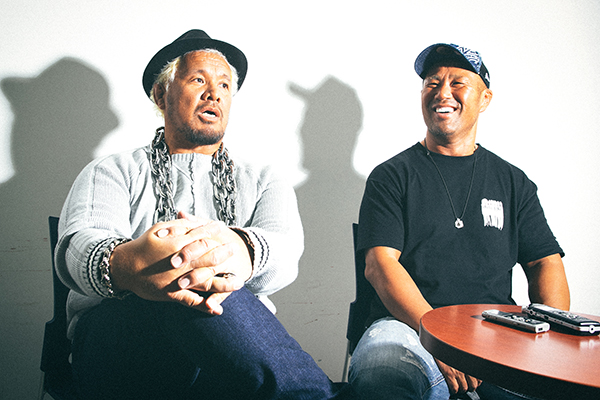 –Are there any other teams that interest you? On November 25 you face Tomohiro Ishii and YOSHI-HASHI; they’re in their first league together, but seem quite focused on tag competition and challenged for the titles earlier this year.

TM: I don’t have anything in particular to say about them.

— Over the last year, CHAOS and hontai have been teaming together. You spent years battling Ishii, has your opinion of him changed?

TM: I don’t have any interest in being the guy’s friend at all. We hate each other, and I think things are more interesting that way. And when it comes to YOSHI-HASHI, the one thing I want to say is he doesn’t sway me at all. Just once, I want to see him get pissed off.

TH: YOSHI-HASHI has had a lot of chances, but he hasn’t taken advantage of them, and that’s frustrating. As for teams I’m interested in, Zack Sabre Junior and Taichi is one.

–You face one another on November 27 in Hamamatsu.

TH: Taichi likes to talk up the fact that both of them were in the G1, but that’s got nothing to do with the World Tag League, something we’ve won and he hasn’t. They’re two different worlds. He likes to talk down to everyone he faces and that only makes me want to beat him more. Plus he beat me in the New Japan Cup…

–In Korakuen this March.

TH: It’s not like I’m lording past glories over anybody, but for him to have such a big mouth when talking to guys that have won the World Tag League? He needs to have more respect.

–November 23 in Kawasaki, it’s GoD vs Toru Yano and Colt Cabana. (Interview conducted before Nov. 23: check out the match on NJPW World!)Cabana beat you in the New japan Cup, Makabe. 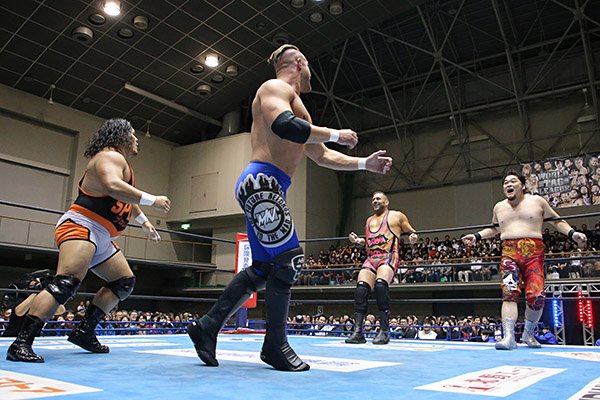 TM: That bastard Cabana! He caught me. Him and Yano together: what a pain in the ass! I can’t let them get to me. I’m no good at dealing with them when they get clever.

TM: We just can’t hesitate. Don’t give them any room. Just smash them, straight up.

TM: Hah, maybe we should call in Taguchi to be special guest ref!

Taichi was going through the motions for years and now he’s pulled himself up by his bootstraps. I want to see for myself just how far he’s come. 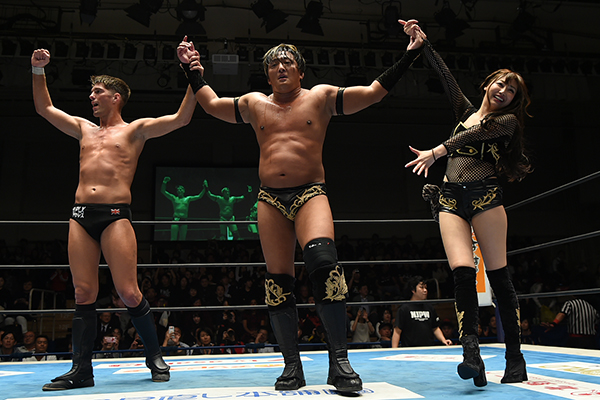 — So, let’s bring it back around to the WTL as a whole.

TM: I’ve said this a bunch already, but we are in this to win it. That said, EVIL and SANADA are awesome. And Taichi, Taichi, too. For years he was going through the motions, but he’s pulled himself up by his bootstraps. I want to see for myself how far he’s come.

–16 teams in the league this year, 32 wrestlers. There’ll be a lot of interesting meetings in the ring.

TH: I’ll do my best to make sure you don’t have to carry me too much!

TM: If I can be in good enough shape, and strong enough conditioning to support Kokeshi here, we’ll tear it up for sure. That’s they key to victory.

–You’ve got that sense of responsibility for the team.

TM: The conditioning is going to be the big difference here compared to other tag leagues. That’s interesting. And the key thing for me personally, is that I might be a little bit withdrawn from the top, but that means I see everything that goes on around here. Absolutely everything. And that makes things pretty damn fun going into this league.

–You’ve had the chance to see the lay of the land.

TM: So even though Taichi’s come up, like I said, I’m looking forward to making him realise he’s still scum. 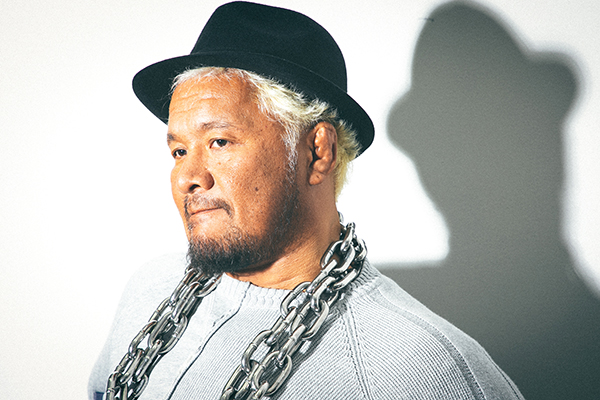 TH: You can make your way up to the main event, but you’re still the scum of the earth!

TM: If that Kanemaru gets involved, I might pinch that whiskey bottle off of him!

TH: This interview’s gotten me fired up to win this thing!

TM: Sounds good! Hey, 90% of this game is mental. When Kokeshi has his head in the game, he can’t be stopped! Let’s do it! 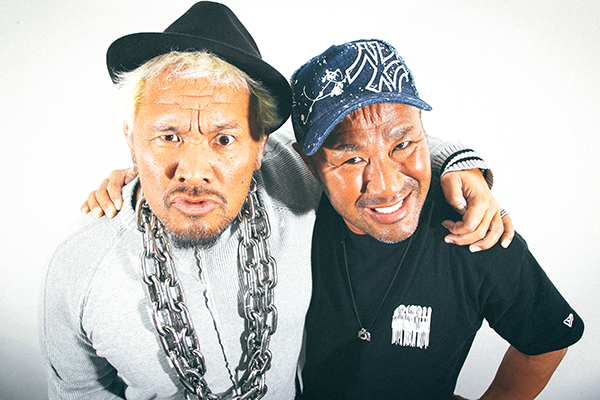