In Tokyo? Get tickets and be a part of the action in Korakuen Hall!

Watch the Road to New Beginning LIVE and in English on NJPW World! 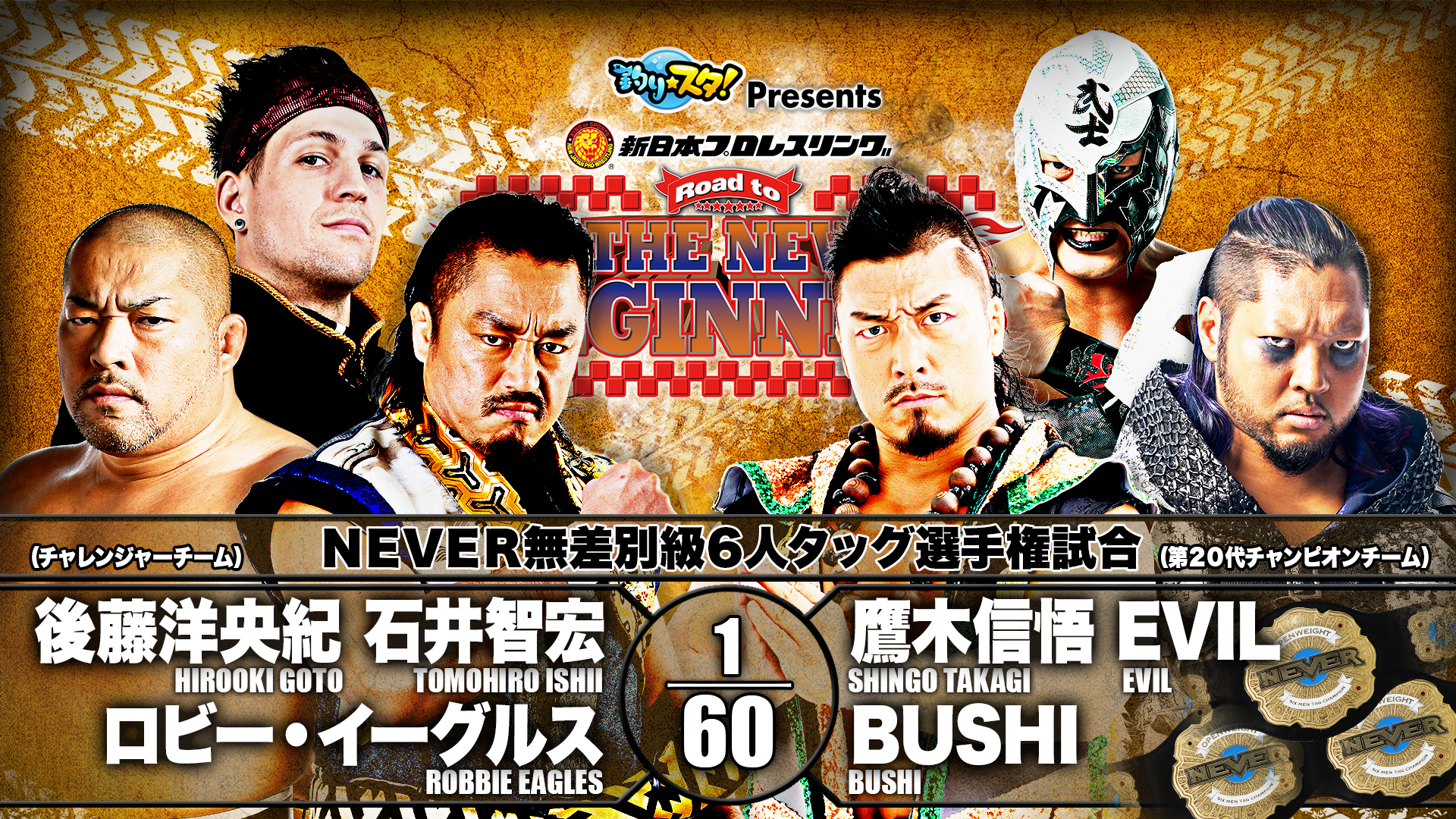 Our Korakuen Hall triple header this week closes with NEVER 6-Man Championship gold at stake with Robbie Eagles, Hirooki Goto and Tomohiro Ishii of CHAOS taking on LIJ’s Shingo Takagi, EVIL and BUSHI. The LIJ trio have appeared to be a potentially dominant one since winnin gthe  championships at Wrestle Kingdom, but a crack did appear in Hokkaido Sunday. There in a non-title preview bout, Robbie Eagles scooped his second submission win in two days over BUSHI, thanks in part to Takagi, Goto, EVIL and Ishii being so wrapped up in brawling with one another that they couldn’t break up the submission predicament. Will personal issues override effective teamwork in Korakuen Hall, and will that lead to a title change? 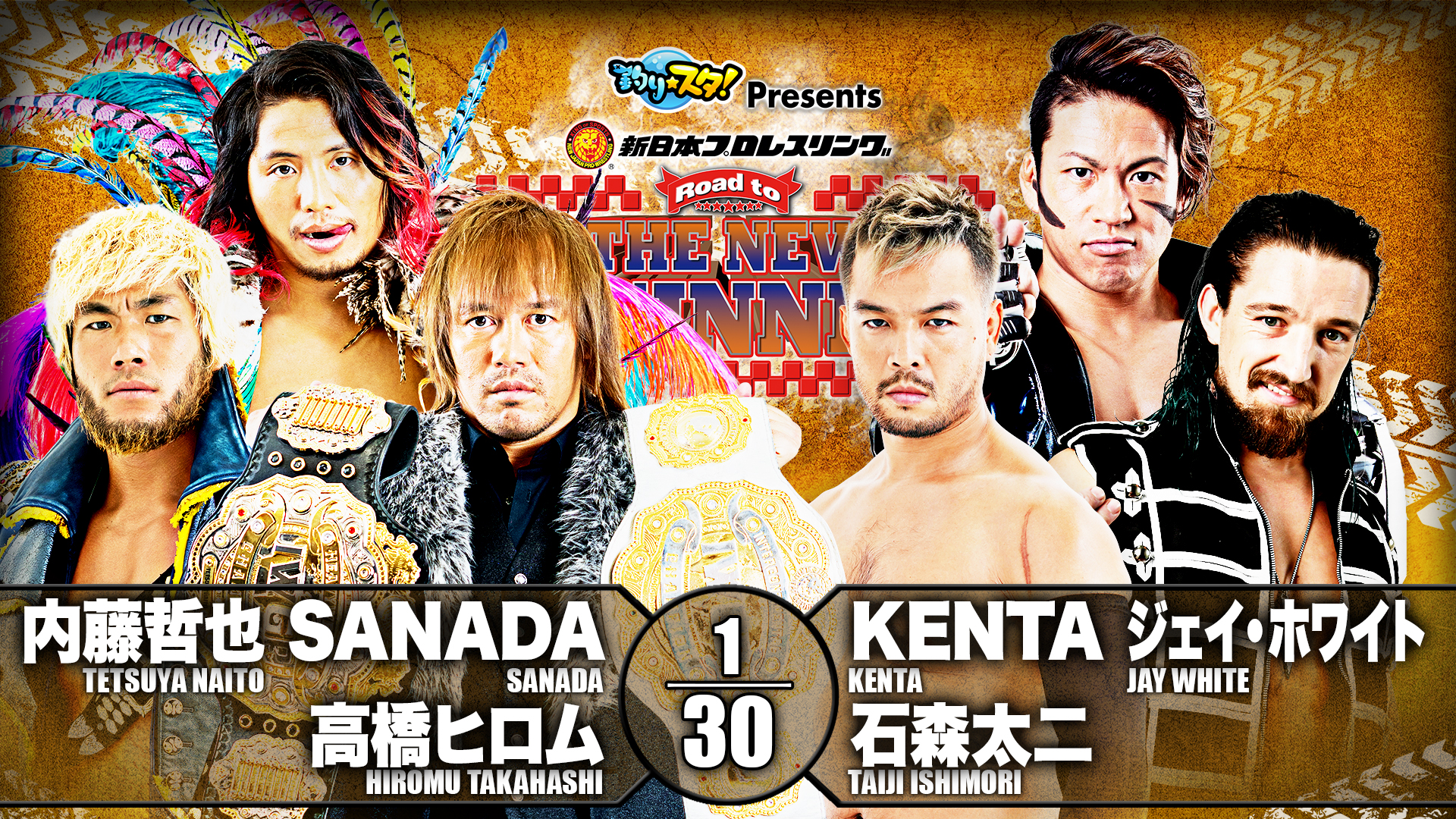 It’s the last chance before New Beginning in Osaka for the representatives of LIJ and BULLET CLUB to make a mark before two major singles bouts in Osaka Jo Hall. Much as was the case Sunday night in Sapporo, Hiromu Takahashi and Taiji Ishimori are at odds, Hiromu missing his Sunday opponent Ryu Lee. Yet Ishimori will take Lee’s absence as a huge opportunity in Korakuen Hall to polish off the IWGP Junior Heavyweight Champion and put himself in line for a future opportunity; if he can evade the clutches of SANADA and the Skull End that forced a Sapporo submission. As for KENTA and Naito, an elimination victory for the double gold challenger Sunday has put KENTA in high spirits, but there’s still one more battle to fight before Sunday. 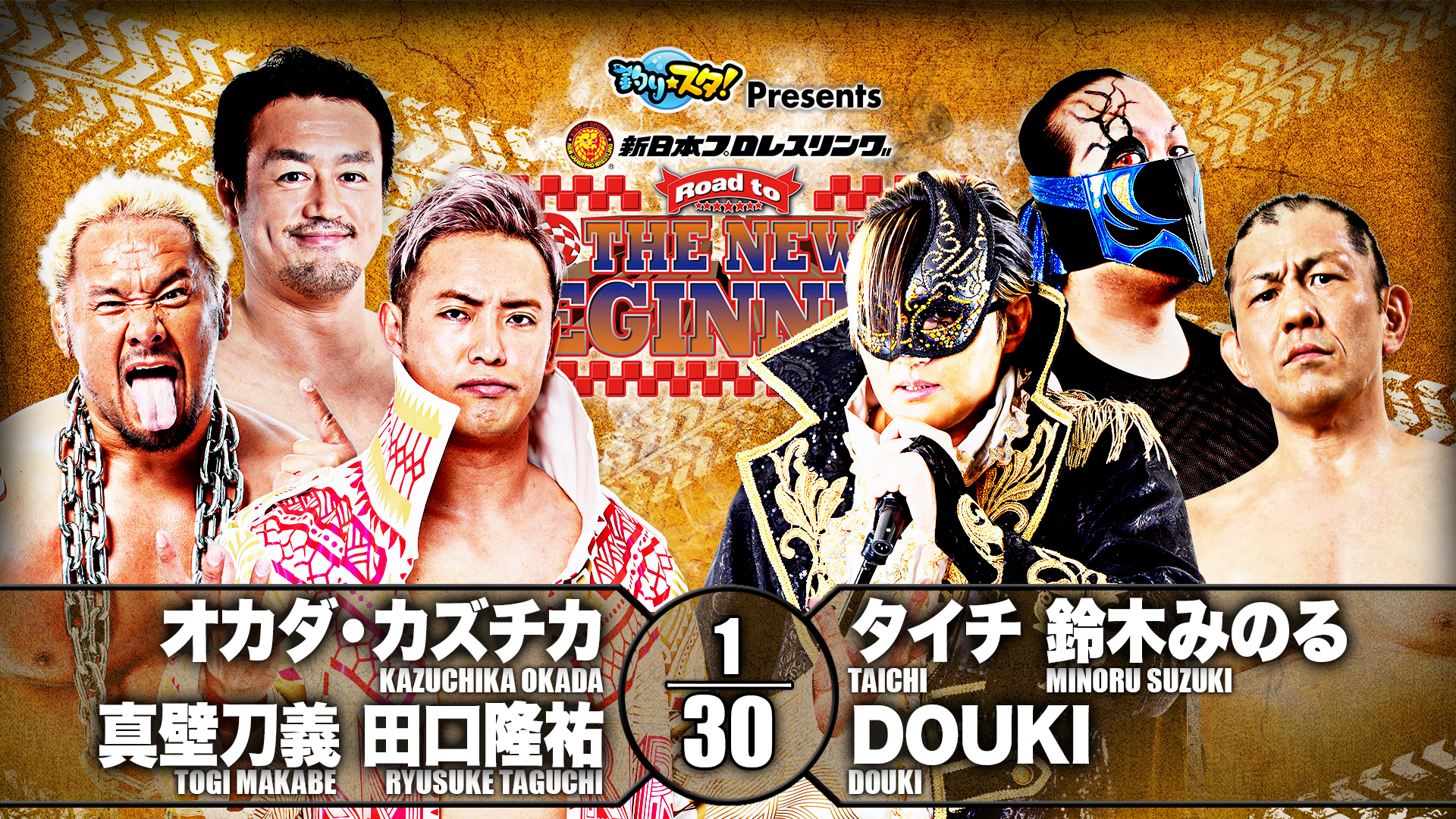 An interesting trio of Kazuchika Okada, Togi Makabe and Ryusuke Taguchi take on Suzuki-Gun tonight in our fifth match on the card. Minoru Suzuki is itching to get his hands back on Jon Moxley after they fought all over Sapporo at the weekend. Meanwhile Taichi is eager to get revenge on Okada after his main event defeat Sunday, while DOUKI wants to make a big statement after suffering defeat at the hands of Taguchi Sunday. How will Okada, Makabe and Taguchi respond to a highly motivated Suzuki-Gun side? 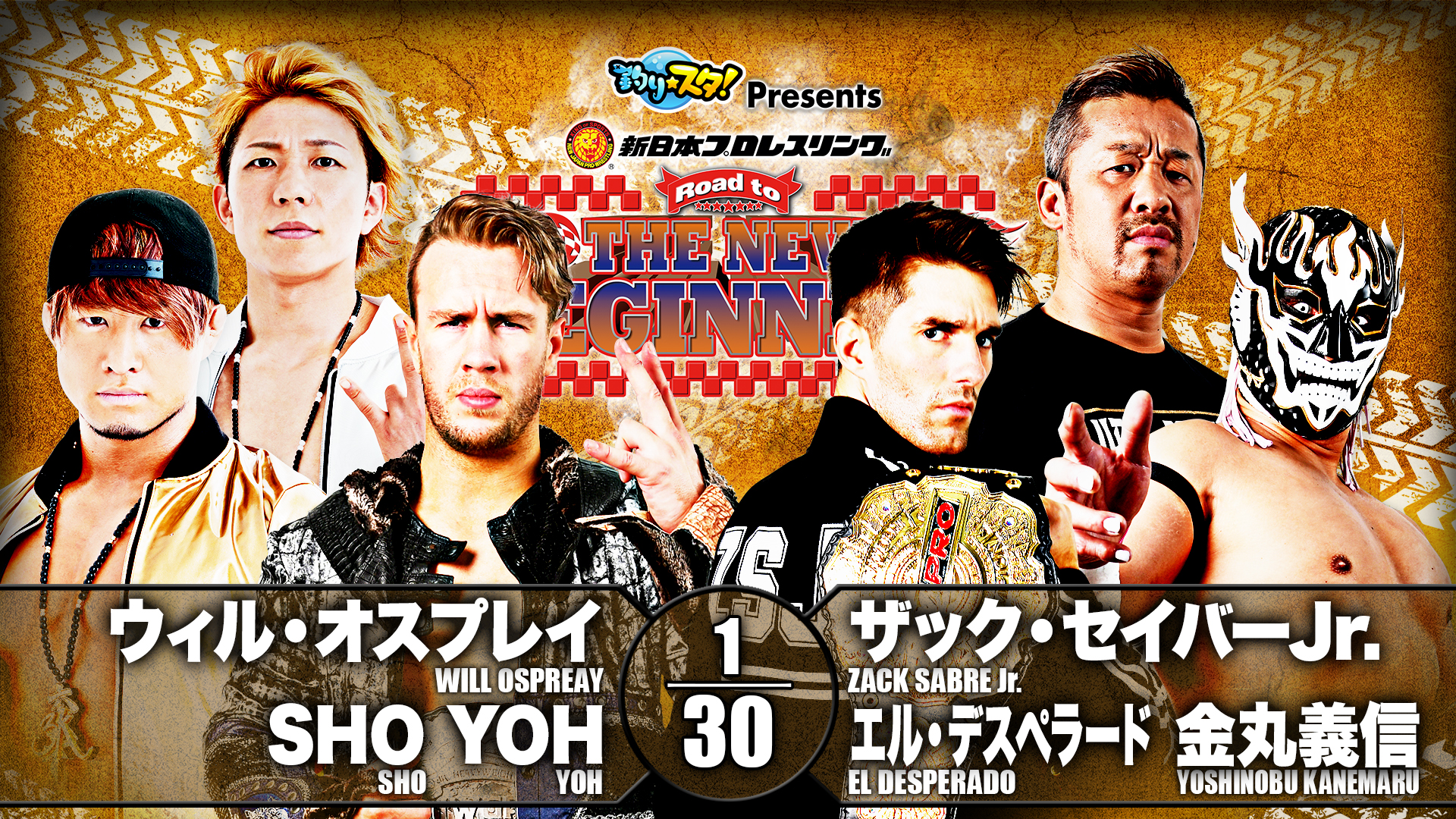 Will Ospreay will lead SHO and YOH into battle against a Suzuki-Gun trio on the fourth match of the card. While Ospreay was riding high after Tuesday night, Wednesday in Korakuen was a tougher prospect, as Suzuki-Gun were triumphant in eight man action. Through it all, a big question mark was raised over the status of SHO, the RPG3K member receiving a heavy assault both during and after their tag team match. Will he be able to compete at full capacity tonight, and moreover, with IWGP Junior Tag gold on the line Sunday? 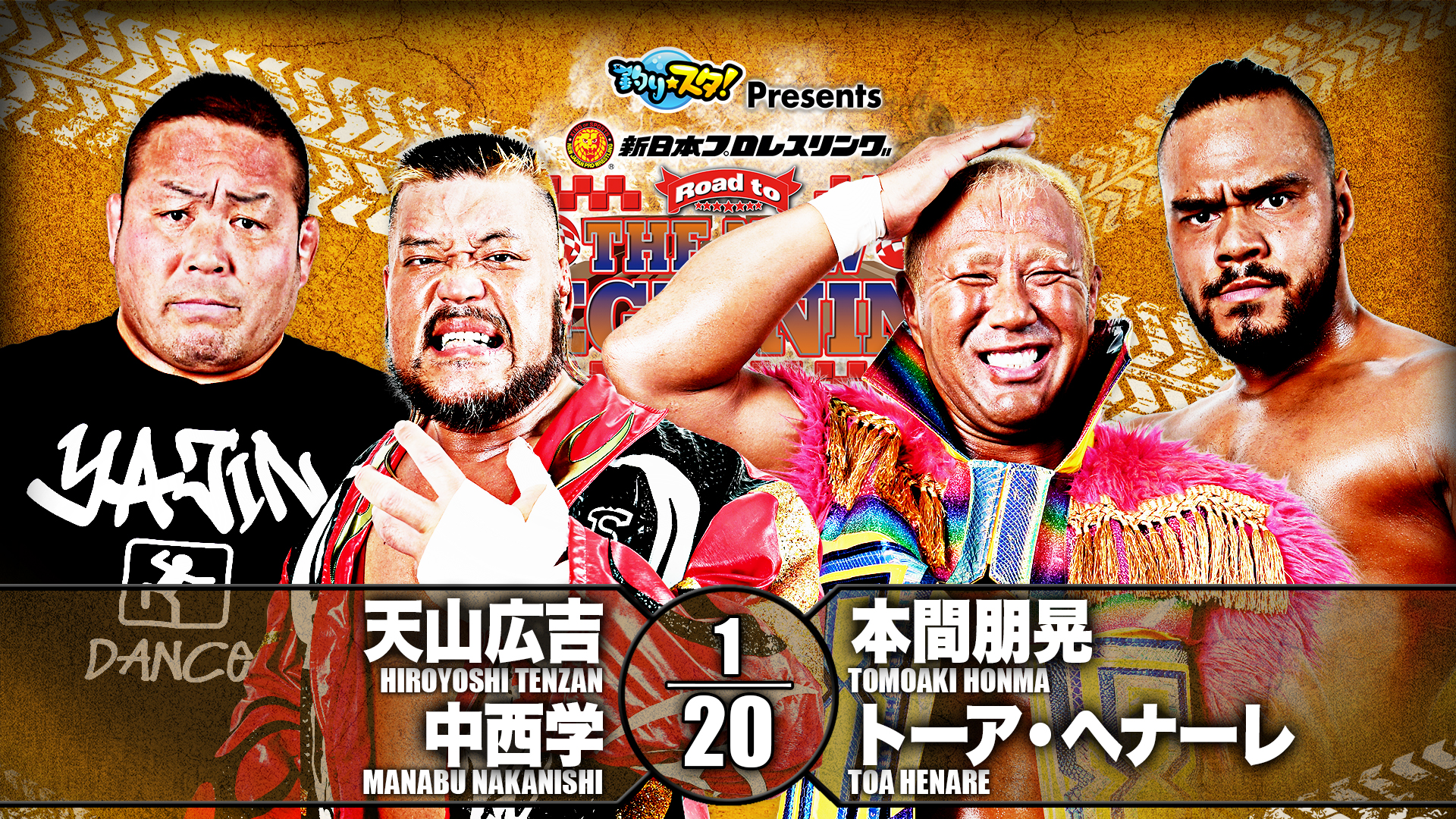 The countdown to Manabu Nakanishi’s retirement continues, as he goes into his last six matches. Former partners and opponents all combine for the Yajin, but this isn’t a friendly reunion for Nakanishi as he fights until the very end of his career. 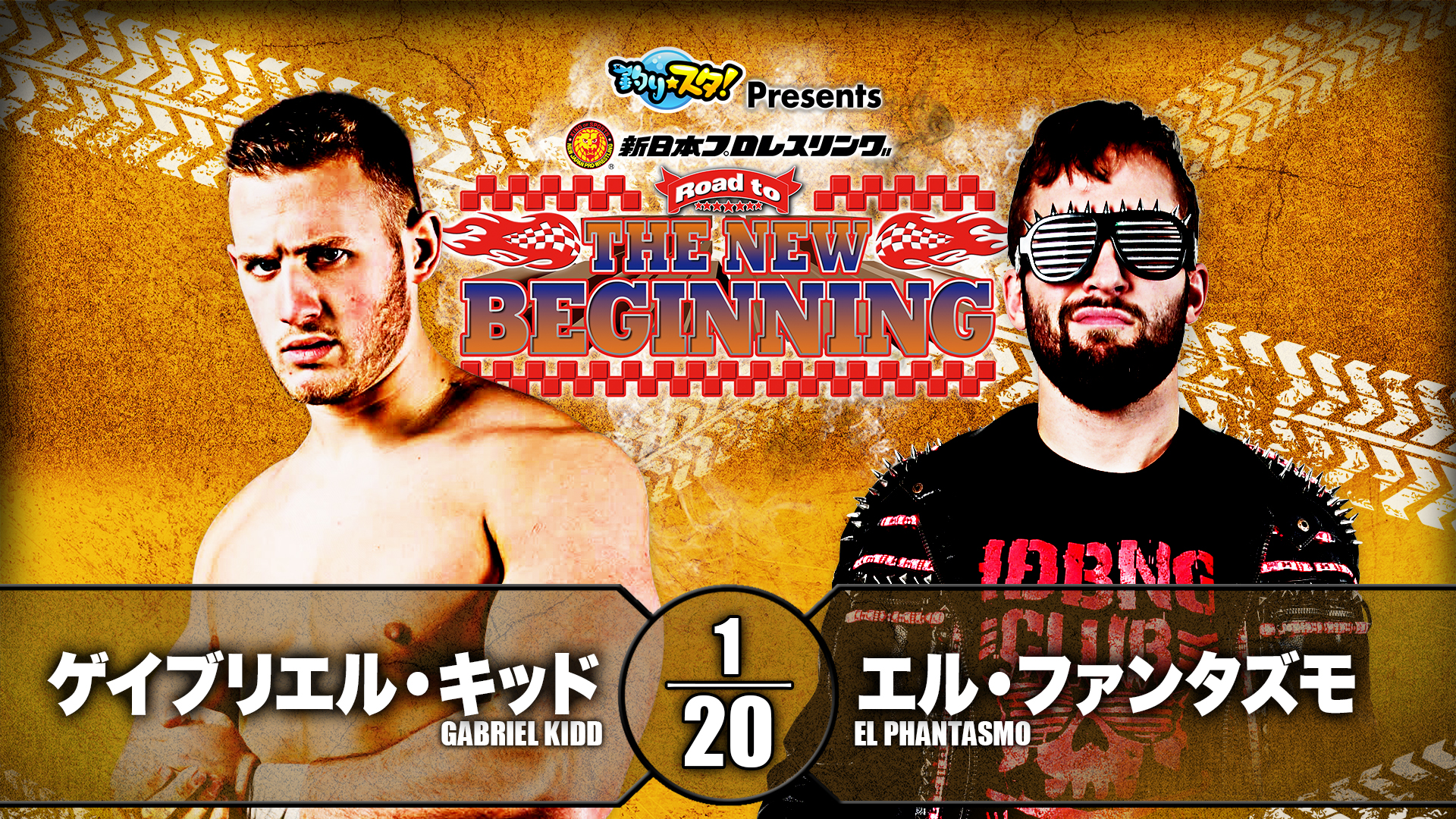 Sunday at new Beginning in Sapporo, Gabriel Kidd impressed with his heart against El Phantasmo, but the difference in levels was apparent, as ELP steamrolled the LA Dojo new recruit, and proceeded to bully the youngster. A post match CR2 in the ring was followed by a dousing with water backstage. Now a rematch from Sunday; does the Briton have an answer to Phantasmo’s disrespect? 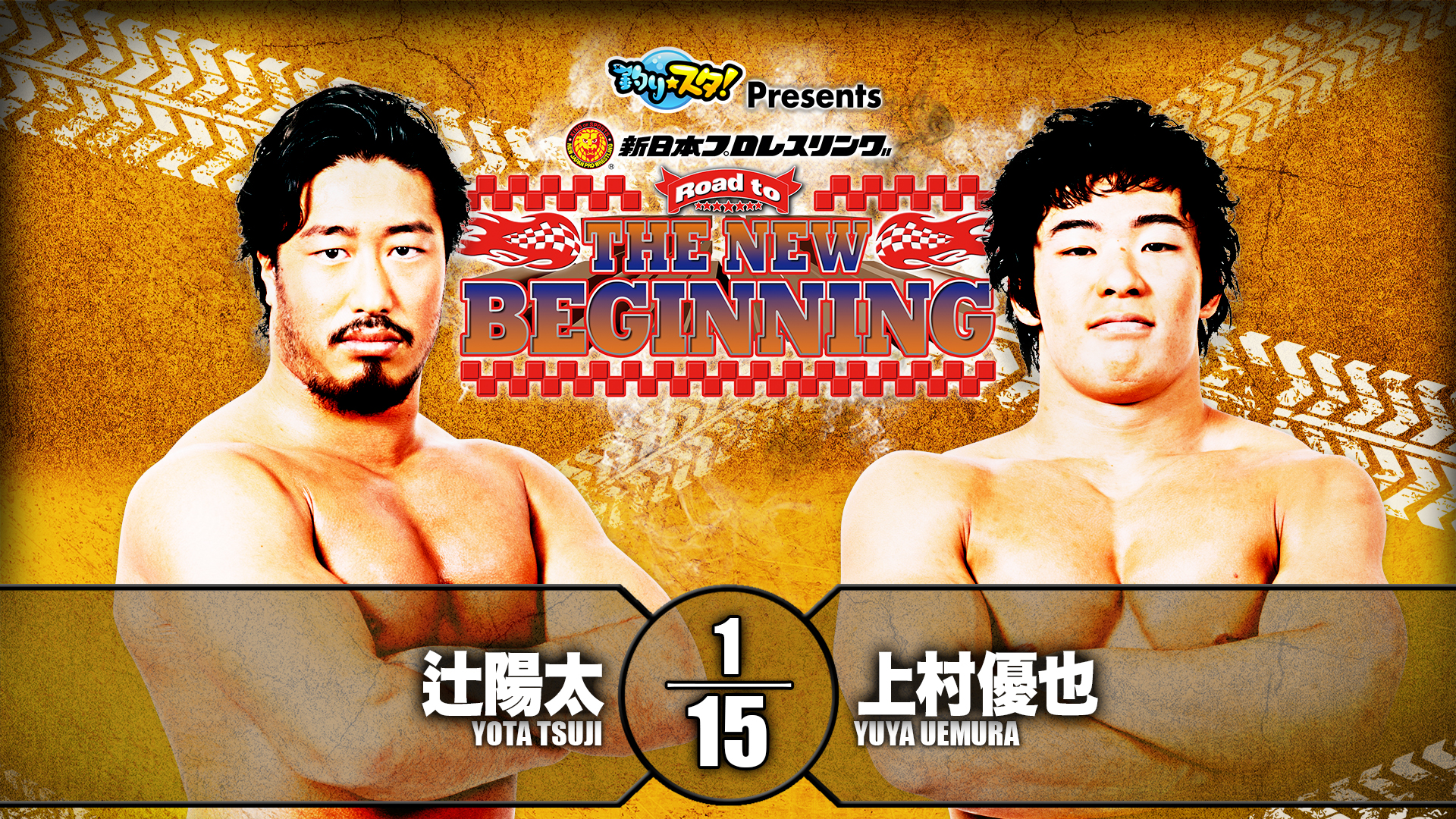 The evening’s action will start with the latest in the long Young Lion saga between Yota Tsuji and Yuya Uemura. For those keeping score, this is singles match 33 for Tsuji and Uemura, all over the last two years. Current record?  6-5-21 Tsuji. Can the bigger Young Lion finally pull ahead in this ongoing battle for Noge supremacy? Or will Uemura level the scores once again?