Jon Moxley is just one of the targets of Minoru Suzuki’s ire, as he heads to Osaka Jo Hall and an IWGP US Heavyweight Championship bout. 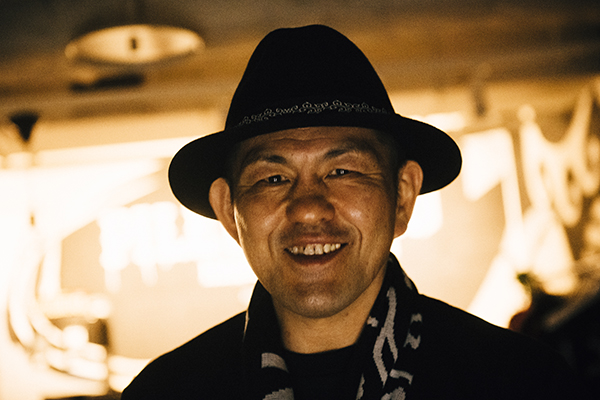 With Minoru Suzuki’s IWGP United States Heavyweight Championship match days away, we sat down with the King just prior to New Beginning in Sapporo to get his thoughts, though Suzuki wasn’t exactly at his most affable… 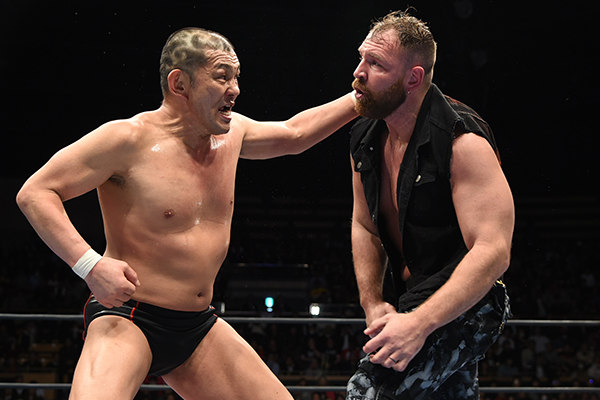 –On January 5 at the Tokyo Dome, you walked down the ramp to attack new IWGP United States Heavyweight Champion Jon Moxley. It seemed as if you had your eye on him for a while.

Suzuki: Is that a question? How the hell am I supposed to respond to that, huh?

Suzuki: All of you hacks ask me the same goddamn thing. ‘You’ve had your eye on him’. I did (an interview with) Tokyo Sports, and they asked me a question just like that. Then some other dirt site did the same. You saw what happened, made your own conclusion, and then you just want me to confirm what you thought. For crying out loud, watch. And after you’ve watched, think. Got it?

–Sorry. Moxley has said that it was your 2012 match with Hiroshi Tanahashi that got him interested in New Japan. Were you aware of that?

Suzuki: No, I wasn’t. That’s his business.

–He said he watched that Ryogoku match hundreds of times.

–He absolutely says he’s a Minoru Suzuki fan. What are your thoughts about him?

Suzuki: He’s a guy who stepped in my house and didn’t take his shoes off at the front door. The “former WWE Superstar Dean Ambrose”. Changed his look up a bit and here he is. Look, I’ve been watching him for a while, yeah. Can he grapple? No. Is he strong? No. Tough? No. He can’t do s**t.

Suzuki: Do you, though? Look at what makes a great wrestler. Tall, muscular, can kick, can throw hands, can suplex people, can tap them out, can fly, is charismatic. Get all that together and you have a cleanup hitter. That’s the kind of guy that makes hacks like you, or the fans in the crowd give them the nod.

Suzuki: But make an all star team of guys like that, and they’re the most boring team in the league. These days, you can make your own characters in the videogames, right?

–Yes, they have edit modes.

Suzuki: So some kid with their video game goes and makes their dream promotion, and it’s full of those aces right? But a baseball team that’s full of cleanup hitters won’t go anywhere. It’s the same for wrestling promotions.

There’s nobody else like him. That’s why he’s successful. 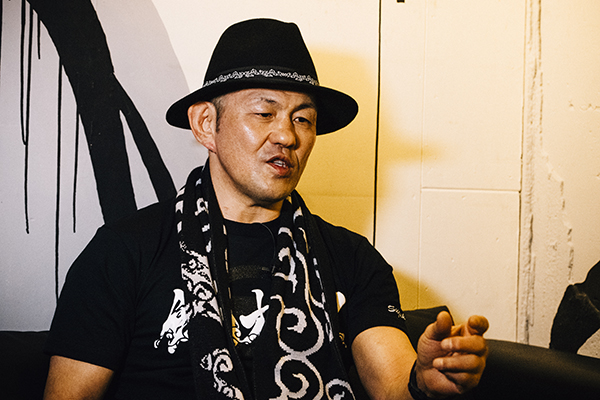 –So, even though he was successful in the major American leagues, Jon Moxley is by no means the total package as a wrestler, in your opinion.

Suzuki: It’s a bit of a paradox, but it’s because of that he got chances in WWE. There’s nobody else like him, right? Nobody in the majors in America is like him. So he stands out. Nobody gets that.

Look. An absolute all-round perfectionist, the perfect complete player, tens in every category? Not even Tanahashi is that. Naito isn’t that. They don’t exist.

–Those slants, the weaknesses make strengths stand out, and made Moxley stand out.

Suzuki: Hehehe… Everyone in this business is a mark, you included. You fans have this idea of ratings, of skill points. You put all those points in a hexagon graph and calculate an average; ‘oh he’s a good wrestler, over 80 overall’. BS. Who the hell will pay money to buy a ticket, and see a guy who’s a perfect hexagon, 8 out of 10 or above in all areas? The guy with zero overall, the guy who can’t do anything at all, he’s a better draw.

–Moxley is a unique breed? Organic, you mean? Real?

–The system wants to create all rounders.

Suzuki: So the kids go in, and they train, and their trainers find what the gaps are in their games, and they try to fill those gaps right up. So you have this perfectly smooth, grey lump of boring trash. Fill in those holes on a wrestler and there’s no way in hell he’s filling seats with asses. It’s up to us to make people talk, to make them disagree. Make them argue. So Moxley? It’s because he can’t do s**t that he’s a good wrestler.

–So you actually rate him quite highly?

Suzuki: He has something very special about him.

All I have to do is hit him once, and I’ll make news the other side of the world. 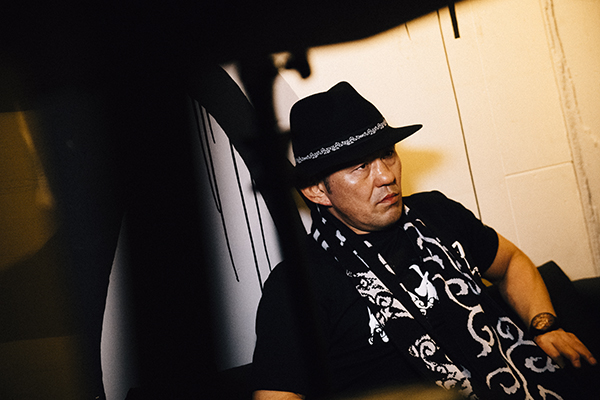 –Jon Moxley is also wrestling for AEW in the States, but do you get the feeling that he left the top flight in WWE mainly to come to New Japan?

–But I think it’s important that he came here because he wanted to wrestle you.

–I think Moxley understands that significance as well.

Suzuki: In this day and age of wrestling being worldwide, it’s a match on a global scale. Let me say this: one thing I have, one strength that I have over anybody? History. Look at guys that are wrestling all over the world. Everyone wears kickpads, and they don’t even kick, right? That started in Japan. We started that. We shaped culture that way.

–It’s the influence of UWF, still being felt today.

Suzuki: UWF is part of it. Japanese wrestling. Particularly Japanese. Proprietary Japanese. I get this is for NJPW’s site, so maybe you don’t know, or don’t want me saying, but WWE are the biggest promotion in the world, right? And they want to blend all of the world’s wrestling together, fold it all in.

They’re going into all these countries, buying up promotions, snatching away talent, and sapping the business there. But the one place they haven’t been able to do that yet? Japan. Japan and Mexico are the only places that have carried a strong sense of wrestling culture that was uniquely theirs. Business is down in Mexico. WWE are getting their claws in there, too. But they haven’t come here yet, because Japanese wrestling has too much presence. Uniquely Japanese wrestling does.

Suzuki: That unique Japanese wrestling is something that Rikidozan made, 50, 60 years ago. It used to be about two massive giants throwing hands, made into a show. But the basis of everything, absolutely everything is combat. Fight. Martial arts. That’s Japanese pro wrestling. That’s something only Japan has been able to maintain and protect. Now, you look at NJPW today. There’s guys that fly. Tag teams with elaborate combinations. Guys with female managers. Guys who are fair, guys who cheat, but they all, all represent Japanese professional wrestling.

You can try and deny that, but I think it will always be true. The moment it stops being true, WWE will swallow everything up here. And in all of that, what I’ve just said, the one, single person that doesn’t just know about all this, but has been about all this, is me.

–You’ve been through it all.

Suzuki: And the fans all around the world know it. That’s why I can go worldwide.

I knew he’d come, and there he was in front of me. 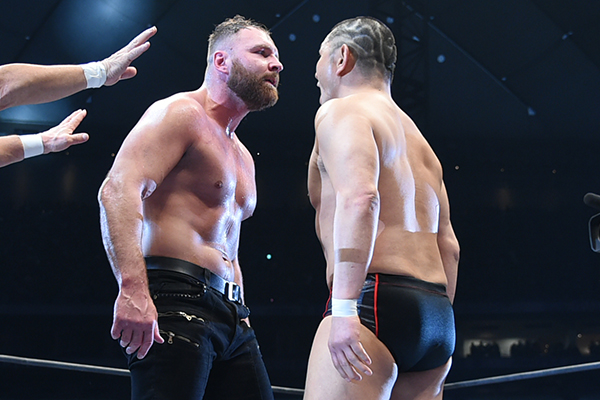 –You might rate Moxley, but in your backstage comments, you called him ‘John Boy’. Do you feel confident? Or is that just you picking up the gauntlet?

Suzuki: Ha! Because he’s young, isn’t he? It was me saying ‘OK, kiddo’. But then, the reason I stopped calling him that is all the fans and the press started doing it. What the hell? That’s for me to say. You don’t get to call him that! You haven’t earned that like I have. So since I didn’t want everyone else using it, I stopped.

–The first time you were in the ring together was December 8 in Hiroshima, when Moxley challenged Lance Archer.

Suzuki: That was the first time we touched, so maybe you might like to think it was the start of all this, but no. For me, it was way before.

–When you faced Josh Barnett at the Bloodsport event last April, Moxley came to watch.

Suzuki: I know. He came with William Regal.

–Was he still with WWE then?

Suzuki: I think he’d left by then. The venue was quite near WWE’s office though.

–What are your thoughts on Moxley stylistically? He has quite a hardcore approach, with tables and chairs. There might be a styles clash there.

Suzuki: What are you talking about? Maybe he’s an idiot and can only wrestle with rules that let him use those things. So NJPW have bent over backward and allowed that to happen. That’s your problem. Me, the stricter the rules are, the more I can show how dangerous I am. I’ve wrestled a lot of matches, in a lot of different places, with a lot of different rules. Lumberjack matches, bullrope matches, cage matches, MMA matches. But the stricter the rules are, the more it works to my advantage. You know why? Because I can see everything. I understand everything. I understand everything in wrestling, and that everything is wrestling. Put to the extremes, fighting in the street is pro wrestling. Arguments, words are pro wrestling. Even no rules is a rule unto itself.

–So because you’ve experienced so much, you’re confident against Moxley?

Suzuki: Confident? Maybe. Or maybe I’m the right guy for this job. The right fight for him. I had my eyes on him, knew he would come, and there he was in front of me. There’s no way it can’t be fun.