The Rainmaker talks about Naito’s top position an plans for a return to action in part two of our interview. 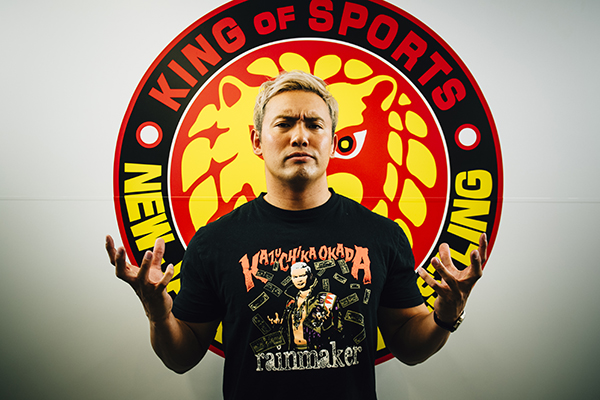 In the second part of our conversation with Kazuchika Okada, the Rainmaker discusses the fallout from Wrestle Kingdom earlier in January, as well as his plans for when NJPW returns to action, including at Wrestle Dynasty in Madison Square Garden!

In the end, Naito left with everything, but the Ibushi match made the weekend worthwhile. 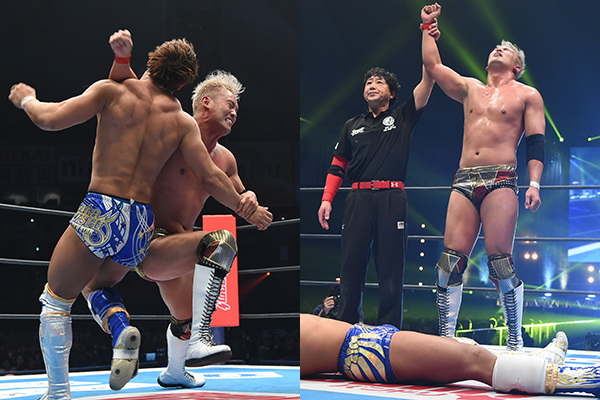 Okada: I wanted to savour that moment with Ibushi in the Tokyo Dome January 4 for longer, but then Naito was right there.

–No time to reset.

Okada: I had to get ready for the next match just one day later. There was no time to take a breath. But yeah, I want to get in there with Ibushi again. Drink it in this time.

–You two had your own route to the Dome that wasn’t driven by the Double Gold Dash.

Okada: In the end, it was Naito leaving with everything, but the Ibushi match made the whole weekend worthwhile.

–Okada vs Ibushi did seem to be the top attraction across both nights.

Okada: If the card on January 4th wasn’t all that, it would have meant the 5th would really have been received differently as well.

–That said, it was the results on the second night that most have remembered…

Okada: Well, history is written by the victors isn’t it?

I had been the monkey on Naito’s back 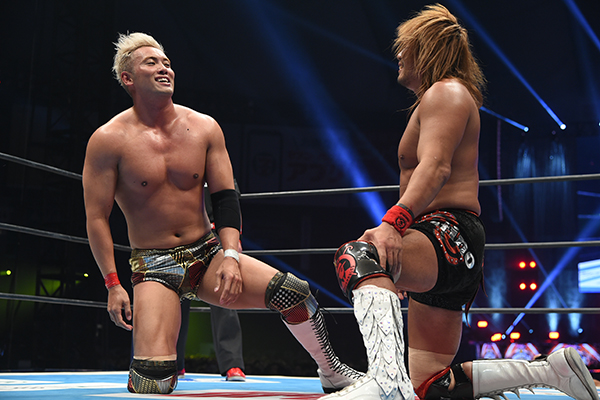 –So let’s talk about the Naito match. Your third match with him inside the Tokyo Dome.

Okada: This time was different. He really seemed to be at his peak this time. Like he was whole, in a way.

–Complete, as a wrestler?

Okada: Hm, but in a way I wonder whether that’s good for him? To be complete, as a wrestler in a faction like LIJ. I mean, how should I say this… His fragility in a sense, the dangerous edge is what people were attracted to in him.

–In a positive sense, one of his charms was that he wasn’t perfect.

Okada: And I really felt in the ring with him that he’s dialed his game in. But now he has those two belts… So the question is, what does he show from here?

Okada: Right. But I’m fine looking from afar for now.

Okada: Exactly. What is this new Naito world we live in in NJPW? I don’t know whether the fans will be along for that vision or not yet.

–On the other hand, as someone who holds all the records when it comes to title reigns, you take pride in having shown that vision in the past.

Okada: Yes. In a real sense, he wouldn’t have done it if not for me.

–The situation couldn’t have worked out any better, given your history.

Okada: I had been the monkey on his back for years.

–And now that you’re off, what next?

With the fight he brought, there was no choice but to respect him 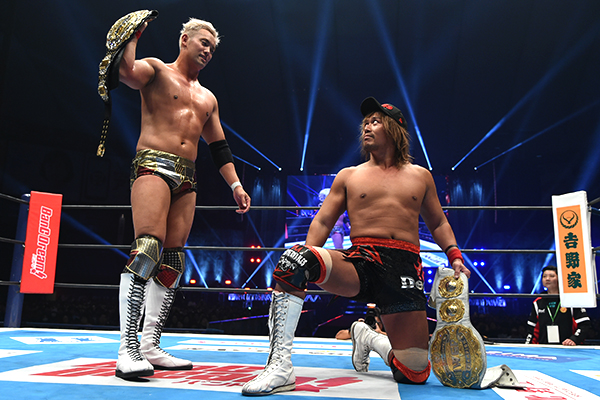 –After the match, Naito offered to face you in another Tokyo Dome main event some time. You responded by holding your fist up in acknowledgement.

–That was quite the unexpected reaction.

Okada: Maybe. But I was coming off of two nights back to back of some pretty vicious matches…

Okada: …And the card for the fifth was only decided the night before. I don’t know. Maybe if I was facing Jay White on night two, it would have been different. But for Naito, with the fight he brought, and that non-verbal conversation we had in the ring, there was no choice but to respect him and the result.

–You respected it all.

Okada: I lost. And that acknowledgement made a much happier ending than me walking back with a boo-boo face. Not that I was asking everyone to be happy particularly. 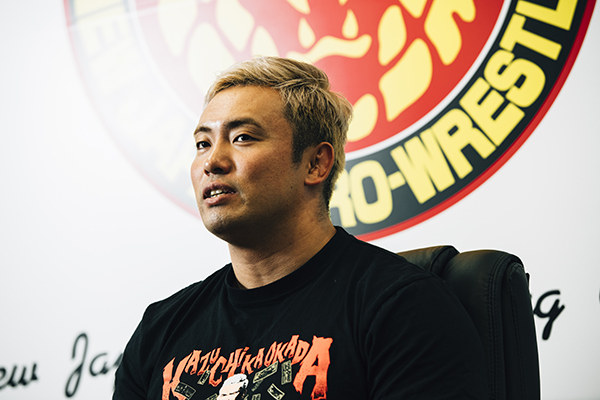 –There’s been talk about what will happen with the two titles going forward. What are your thoughts?

Okada: I haven’t been watching. I didn’t see the last title match.

–You didn’t watch Naito vs KENTA. KENTA’s challenge after he laid out Naito was the subject of a fair bit of controversy.

Okada: That was all after I lost; I didn’t have any interest in any of it.

Okada: That said, I am disappointed that I don’t have the belt, but the plan is to reset and refocus. There are things that I can do now because I’m not the champion, things that would be difficult or impossible to do if I was the champion.

–Sadly, the New Japan Cup had to be cancelled, but even so, for you its a case of not rushing back to the title hunt.

Okada: Right. Even so, I have to say I’m not interested in the double championships.

Okada: It’s like I said, like I thought, the IWGP Heavyweight Championship is what I’m interested in. Just that. I honestly don’t care about the double titles, what’ll happen to them, anything like that.

–It had been announced that the winner of the cup would challenge for both titles, but you aren’t interested in that.

Okada: If it was just the heavyweight, that’s a different story.

–You’ve kept that standpoint ever since the Double Gold Dash was announced.

Okada: Right, I’m not changing on that.

I want Japanese people to really sample what MSG is like 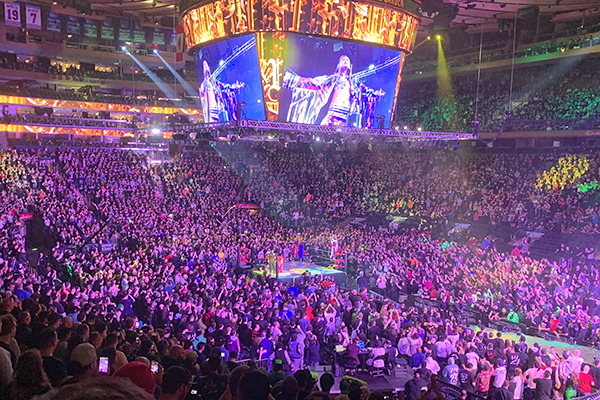 –There’s a lot of uncertainty in the world at the moment, but we can look forward to Wrestle Dynasty as a light at the end of our tunnel. Your thoughts on Madison Square Garden August 22?

Okada: Just the sensation, the happiness of being in that building is awesome. Last year, just making my entrance was emotional. But then, last time was the first time, and a lot of people were in town for wrestling. If you wanted to put asterisks on that, then you could. This time, it’s on our own power.

–Last year, WWE’s Wrestlemania was in New Jersey, whereas this year, Wrestle Dynasty is right before Summerslam in Boston.

Okada: It’s a different set of circumstances, a different challenge. But I plan on us rising to that, showing everyone home in Japan just how much we can do in Madison Square Garden.

–It’s a ways off, but you’re getting fired up.

Okada: Right. I might not be in full ‘let’s go’ mode yet, but it’s definitely in my mind. Once you’ve been on that stage once…

–Being in the main event there is something special?

–You’d like more Japanese fans to go to Wrestle Dynasty?

Okada: It’d be a little bit of a different way of enjoying pro wrestling, to be part of an American crowd. It’s rare to get that chance, of feeling that different energy. If you want to know what a Mexican pro-wrestling crowd is like, you go to Arena Mexico. Japan, Korakuen Hall. In America, it’s The Garden.

–It’s the place to run in America.

Okada: Nothing beats it. So you’ll have to get your tickets quick! 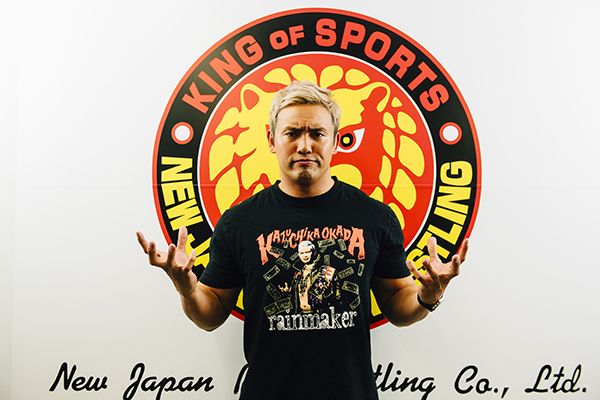