In Fans Bring the Questions match, we ask the public to ask questions of the top stars in NJPW! This time, Kazuchika Okada is in the hotseat! 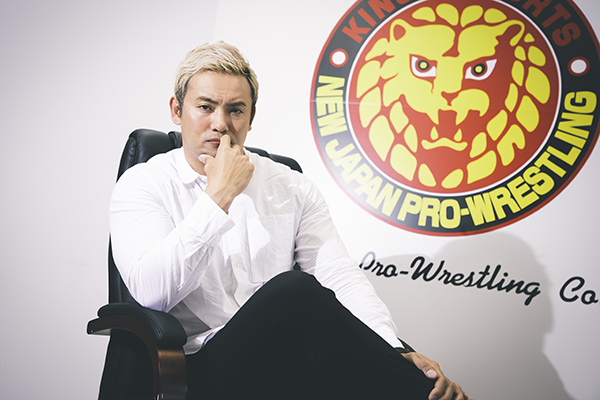 What did you eat growing up, and how did you get to be as big as you are?

Okada: Well, I had a lot of milk every day. I used to have cereal at breakfast, and drank a bunch of chocolate milk in junior high.

–So you didn’t have a particular diet when it came to getting big?

Okada: No. But there’s nothing much you can do when it comes to your height.

–How important is height to a wrestler?

–It’s certainly a powerful weapon to have.

Okada: Absolutely. I think when fans see a tall guy they do have that double take. Even if you see a tall building, that’s impressive, too, right? It’s not just height, but size. You look at Liger, he was only 170cm, but he was jacked.

–Liger wouldn’t even lose out to heavyweights, with that body.

Okada: But I think of the physical traits of a wrestler, height is maybe the most important. When wrestlers aren’t all that big at all, they don’t quite fit the mould in my mind.

Okada: But to be clear, I’m saying all of this as a tall guy myself. If I was smaller, I wouldn’t be saying this stuff. If I was only six feet tall, I would be saying ‘hey, height isn’t everything’.

–You take pride in your own strengths in a way.

Okada: Right. Being really skinny can be a big weapon to someone. Being small but really great on the mat, or really proficient at judo. It’s good to use what brings you to the dance.

If you had to, who from CHAOS would you date?

Okada: None of them!

Do you see CHAOS and Hontai fighting all out again like they used to?

Okada: I think if the situations called for it we would have no problem fighting one another. If something happened, we would stop teaming and be in opposite corners again. But I think things work well right now, don’t you? Thinking back to February, we were able to have myself, Tanahashi, Ibushi and Goto all on the same team for Nakanishi’s retirement. (Watch on NJPW World!)

–That was a real dream team.

Okada: But it isn’t as if teaming together means we’re the best of friends. Our locker rooms are still separate, and it isn’t as if Tanahashi and I go hang out and get dinner after the matches or anything. Nothing much has changed, just that we team together when we didn’t use to. Well, I can’t speak for the other boys, but that’s how I feel.

During the New Beginning tour, Taichi made references bullying you as a Young Lion. Did that really happen?

Okada: I wouldn’t call it bullying per se, but I have a lot of memories, for sure.

–‘Memories’, then. Looking back on your time as a Young Lion, what did you think of Taichi at the time? He was in Hontai then.

Okada: We actually played videogames together. On the bus, it would be me Tanahashi and Taichi playing games together. You wouldn’t imagine that happening now. (laughs)

–So he didn’t bully you?

Okada: No, not really. He’d hog the electric fan on the bus though.

–There was a fan on the bus?

Okada: Yeah, on the old bus, the back would get really hot, so they put in a little electric fan in there for us. Taichi hogged it for about 80% of the time. 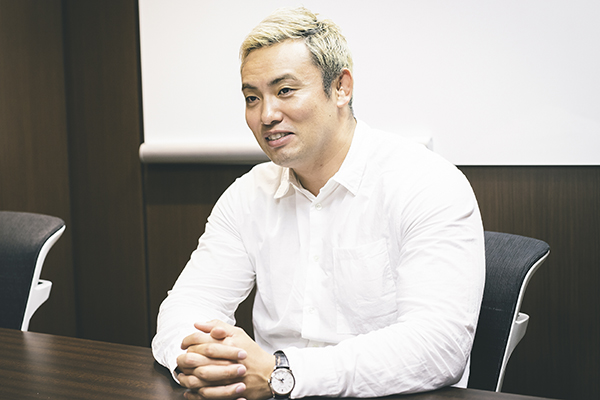 Is there anything a fan has ever said to you that really stuck with you or made you happy?

Okada: I had a fan come with their child, and they said ‘his name is Kazuchika’.

–Wow! How do you take someone saying they named their child after you?

Okada: It was really great to hear. You hear about certain names becoming popular because of celebrities, and ‘Kazuchika’ isn’t a very common name, so if I can make Kazuchika popular, that’d be great.

What are your top three videogames?

Okada: I don’t have a top three, but I spend a lot of time on Winning Eleven and Powerful Pro Baseball. I stopped playing RPGs when I got on the road, because I’d forget what I was doing by the time I got home to play them. These days though, I’ve started taking a system with me on the road, so I can play them more. Sports games still take up most of my time though.

What do you absolutely need to bring with you when you travel?

Okada: Videogames and my Kindle.

Okada: Well, I have manga on there, and magazines. I tend to read it before I go to sleep and it helps me. I think it’s probably better for you to look at before you sleep than your phone.

Do you have a favourite anime?

Okada: I don’t know much about anime, but I do like ‘World Trigger’. I hear there’s a new anime adaptation of that coming out. I should check it out.

I saw you on TV once really seeming to love your mother’s cooking. Is there anything in particular that you like?

Okada: I’m not sure if there’s anything in particular that makes me nostalgic for home, but there was a period where she made tacos a lot. I like tacos, too.

What’s your favourite base for ramen and chanko nabe? Soy sauce, miso, salt or something else?

Okada: I don’t tend to go for ramen much unless we’re in Hokkaido. (Tomohiro) Ishii and (Shinsuke) Nakamura are real connoisseurs; they had their own ramen appreciation society. Ishii and I went for ramen when we were in Sapporo back in February.

–Hokkaido is famous for its ramen.

Okada: To answer the question, I tend to go for miso.

From ‘Natsuko Buta no Kao’

If you could have one of (cartoon character) Doraemon’s special tools, what would you go for?

–Definitely a convenient tool for a wrestler!

Okada: Right. And I don’t need to get bigger, and don’t want to fly around.

If you had your own racehorse, what would you name it?

Okada: Not Rainmaker, but it would be good to have Rain in there. Rain..something. 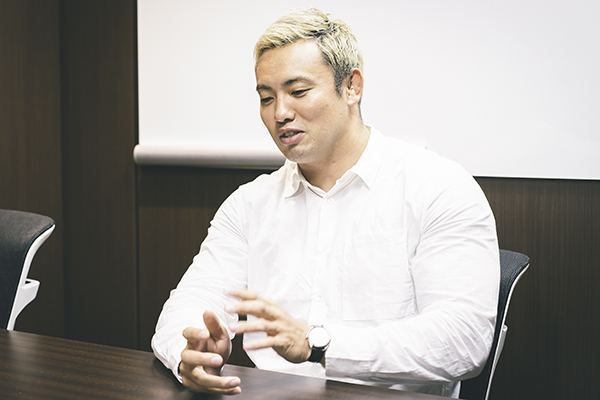 If you didn’t become a wrestler, what do you think you would be doing now?

Okada: I honestly have no clue. That’s how early I got into this world. I didn’t have time to think about going to university or what path that would have put me on.

–Away from wrestling, your work has let you meet a lot of different performers and athletes. Do you ever talk to them and think ‘I wouldn’t mind giving this a try?’

Okada: If I could go back in time 15 years, there would be a lot of things that  would be cool to try, sure. I mean, if I were able to put as much into baseball, or soccer, dance, or music as I did into wrestling, it would be interesting to see how that panned out. Then again, wrestling is what I love the most.

What got you into bass fishing?

Okada: Manga! ‘Granda Musashi’ got me into it. I hear it’s starting another run in ‘Corocoro Aniki’ magazine, come to think of it.

–So it was manga that got you into fishing?

Okada: Well, its on again off again for me. When I was a kid, we lived on the Goto Islands for a while, ad I fished then. I stopped when I started junior high, and then started again here and there when I was in Florida. When I came back to Japan I didn’t have the time for it, but the last three or four years I’ve gotten back into it.

Back in the day, CHAOS Cafe was a popular series with yourself and YOSHI-HASHI on NJPW’s Japanese site. Is it coming back?

Okada: Well after the Dome, YOSHI-HASHI wasn’t on the next tour because he was in the US, and then we were in Korakuen rather than being on the road. So we didn’t get the chance to go to a cafe. Now we have down time, but being home…

–Do you miss the road?

Okada: Yeah, for sure. Being in all these places is part of our job, and to see these different places, walk around, get each town’s unique energy; I definitely miss that.

–You want to get back to it.

Okada: Of course. Not just Japan, but worldwide, I really want to take a year to make up for all of these postponements and cancellations.

–Well, that’s all the questions we have for you. Any final message today?

Okada: This was a lot of fun. I’ve been taking some questions on Instagram as well, and this has let me answer some questions I couldn’t on there. Thanks a lot! 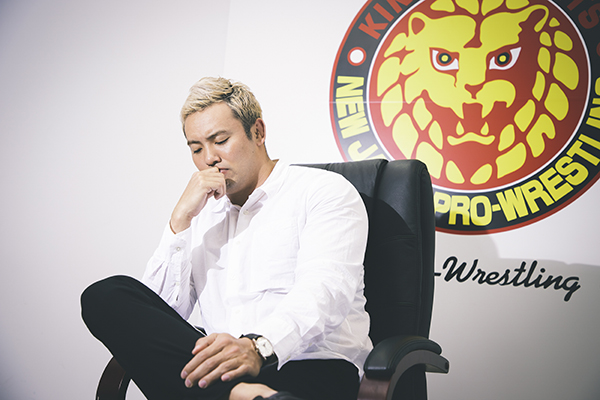