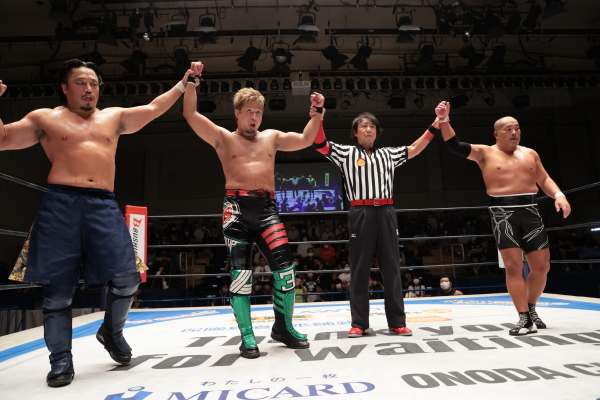 After a third night of tournament action, the final two teams to face off on August 9’s finals to crown new NEVER 6-Man Champions were determined Saturday. 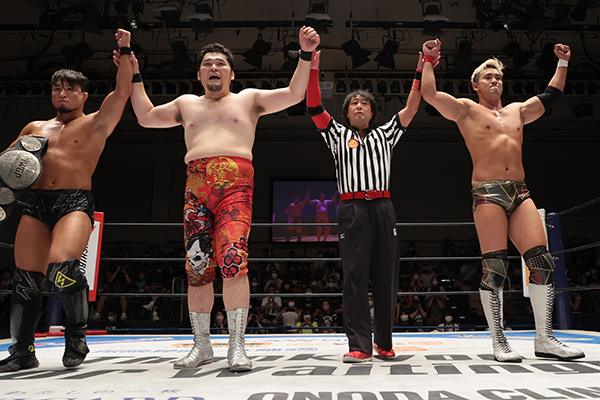 CHAOS’ squad of Kazuchika Okada, Toru Yano and SHO took on Shingo Takagi, BUSHI and SANADA first. SHO, looking to impress his way into a singles bout with SANADA requested to start opposite Cold Skull and managed to go hold for smooth hold with the classical wrestler. After a standoff, and BUSHI outfoxing Toru Yano into tagging out, it was Okada coming in opposite Shingo Takagi, and the power of the Dragon dealing out damage to the Rainmaker’s arm. 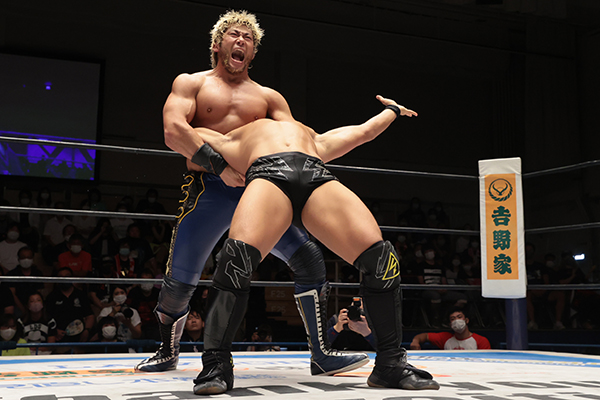 A flapjack from Okada to SANADA though, and it was SHO in for more high paced exchanges, each man reading the other’s Moonsault and Spear attempts before SANADA landed a neck screw over the top rope. That brought Yano in to tangle with BUSHI, each trying to run up the other with some rule bending and cradle pins before the match began to break down.

BUSHI tried to hit a tope suicida he had been looking for since match start, but Yano pulled a stray Yota Tsuji into the masked man’s path. Yano used the opportunity to tie BUSHI’s mask to the guardrail, and then ducked in the ring before the 20 count to score the victory. 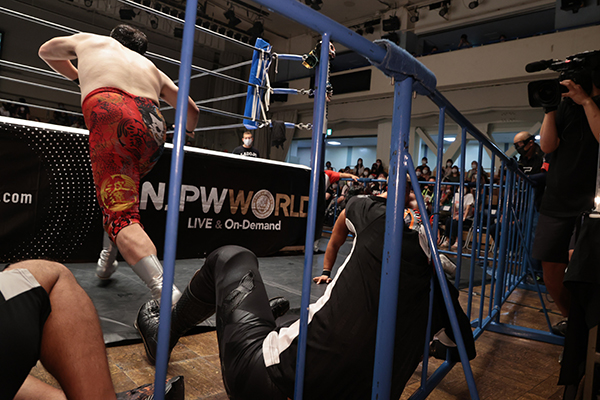 Hiroshi Tanahashi, Kota Ibushi and Master Wato took on Hirooki Goto, Tomohiro ishii and YOSHI-HASHI in the other semifinal of the evening. Tanahashi, seemingly in much higher spirits now finally separated from Taichi and Zack Sabre Junior for an evening, wanted to start and brought a higher speed and efficacy against Goto, he and Ibushi functioning like a team once more.

CHAOS were able to fire back against Master Wato, scoring a chain of attacks in the corner and putting a beating to Tanahashi and Ibushi when they tried to interfere to boot. The young Grand Master was able to fire back with some painful kicks to YOSHI-HASHI however, allowing each side to switch out for Ibushi and Ishii. 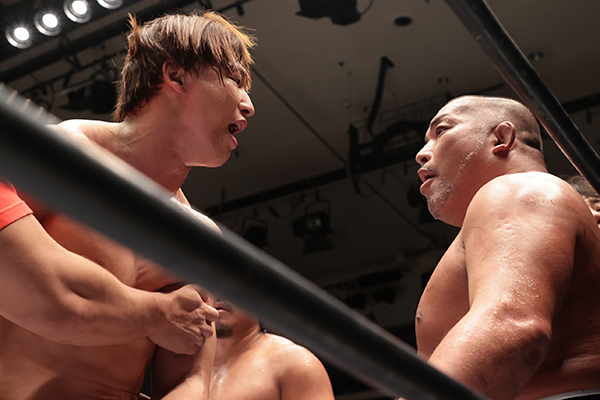 Minutes after the schedule for G1 Climax 30 was announced, Ishii and Ibushi tore into one another with blows that surely puts another future singles match in the G1 wishlist for the year. Ibushi caught Ishii with a standing moonsault for two, but after a suplex exchange, an Ishii powerslam brought CHAOS control of the match.

Momentarily at least. A double overhead kick by Ibushi would bring Tanahashi back inside, and the Ace wrestled with a recently absent energy before Goto cut him off. The vicious warrior would have Tanahashi in trouble, and almost took an intervening Ibushi’s head off with a lariat, but a GTR attempt was countered with two Twist and Shouts, and a nearfall when an Ushigoroshi was countered to a Crucifix with Ibushi’s help. 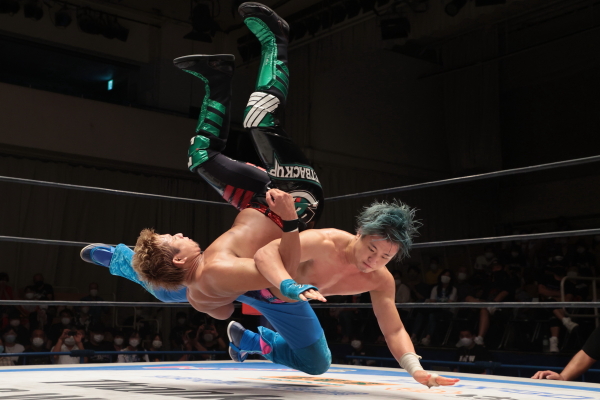 The Golden Blade followed, but a High Fly Flow attempt found nothing but canvas and hard wood and steel to Tanahashi’s badly hurt knee. Goto and Tanahashi both tagged out leaving Wato legal with YOSHI-HASHI; Wato showed his heart kicking out of a high angle powerbomb and a lariat by YOSHI-HASHI, before avoiding Kumagoroshi as the match broke down.

Tanahashi and Ibushi took out Ishii and Goto before Tanahashi held back YOSHI-HASHI for a brutal stereo head kick by Wato and Ibushi. RPP missed for Wato, but a gorgeous abdominal stretch driver did land. It wasn’t enough though, CHAOS triple teaming for yet another near finish as Golden☆Ace made the save. Karma struck moments later though, and the finalists were set. 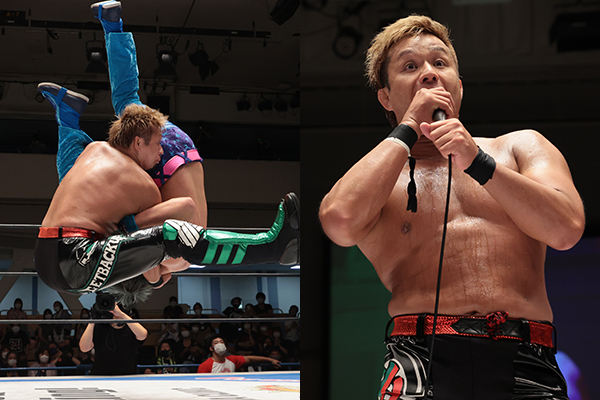 Post match YOSHI-HASHI said that ‘we’re in uncertain times. I’m as uncertain as anyone. But I want to show a dream come true tomorrow’. Can he finally score his first championship in NJPW after 12 years of struggle?