B block do battle in Sapporo

The G1 Climax is now officially underway for both blocks, and the journey around Japan takes us next to the cool northern climes of Hokkaido. Who emerges with two more points to their records?

Watch G1 Climax live and on demand with NJPW World! 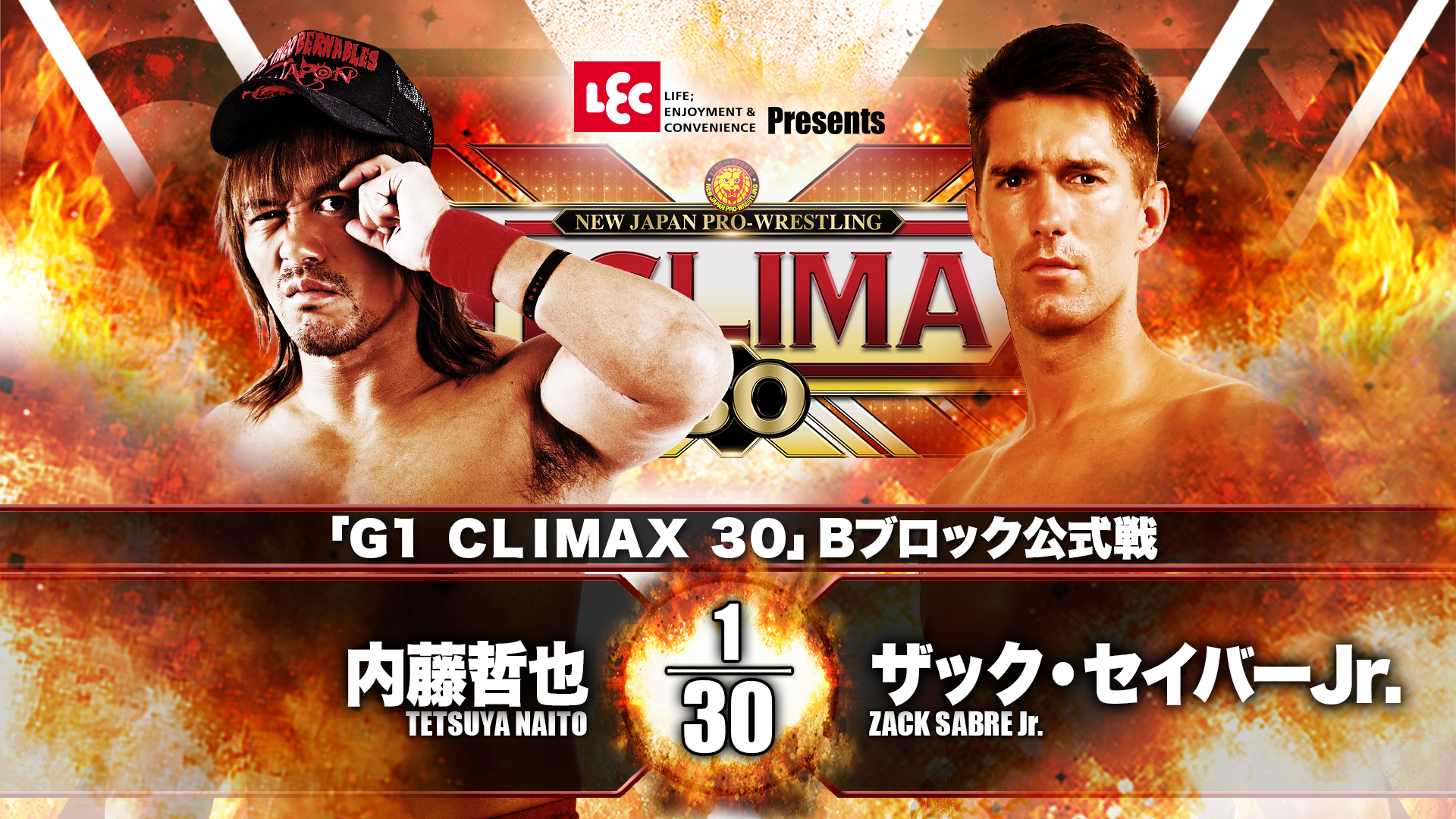 An intriguing main event in night two of the Hokkaido double header sees Tetsuya Naito and Zack Sabre Jr. each trying to break a deadlock, tied at 1-1 in G1 matches and 2-2 outside of them. Most recently was a victory for Naito at Power Struggle 2018 that came as revenge for the G1 that year, and a final night victory for ZSJ that wrecked Naito’s chances of making the finals.

Sabre always has a lot of options to look for submissions on Tetsuya Naito, and whether the knees or the neck, or most likely both, it’s important for Naito to try and keep those options elusive. For the double IWGP Champion, heart and refusal to quit is key. As much as Naito played off his victory over Tanahashi in Osaka Sunday as just one step of ten in a perfect G1 campaign, he was pushed and pushed hard. ZSJ’s own resolve was tested to the maximum by EVIL, but the Brit was still able to score a flash upset pin to garner his own first two points. Unlike their 2018 G1 meeting, this encounter comes early in the campaign but a loss for either man will be injurious to both body and pride; this could shape the rest of the tournament for both winner and loser. 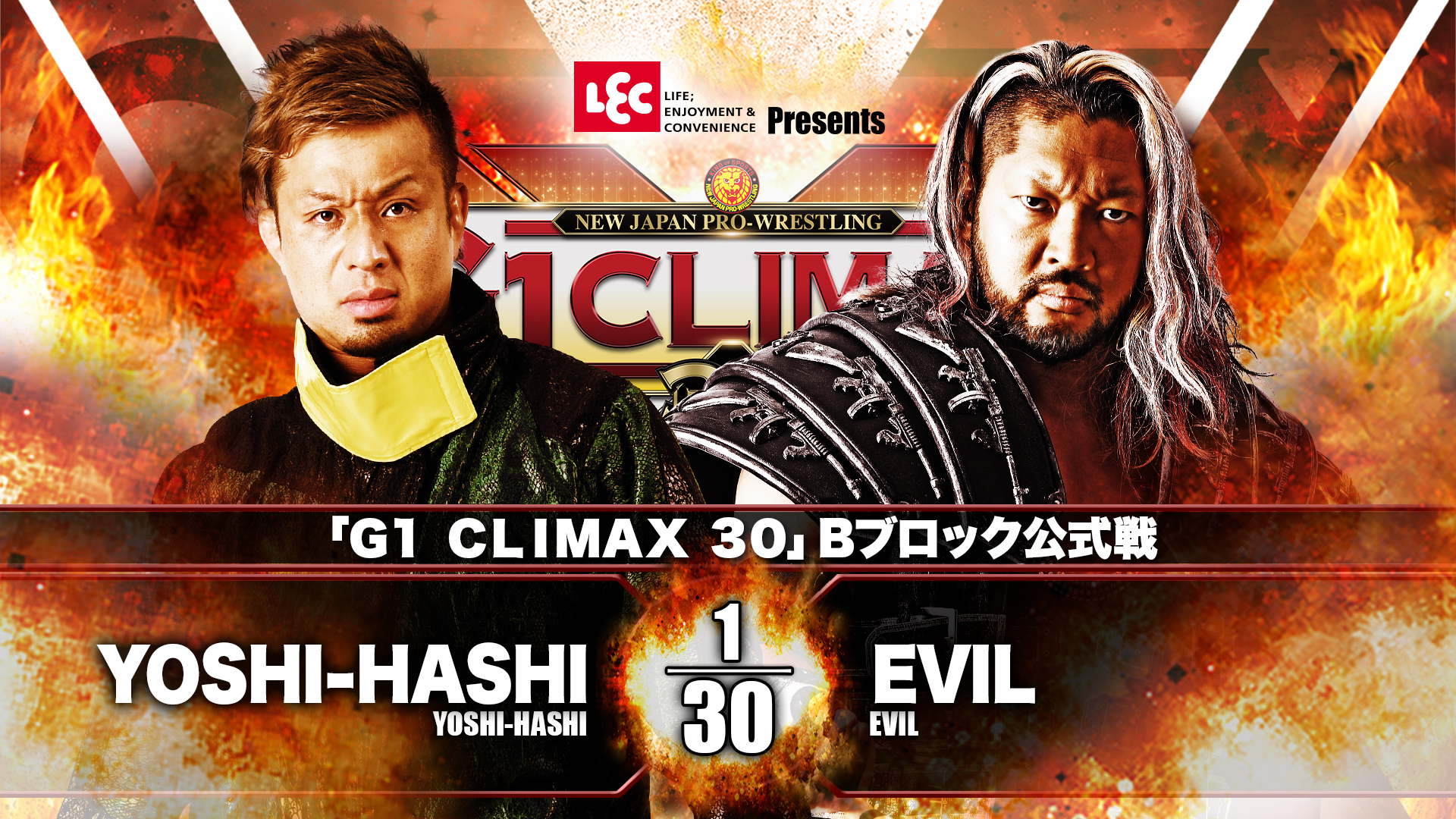 EVIL and YOSHI-HASHI are tied at one win apiece in G1 meetings, but most fresh in YOSHI-HASHI’s mind will be the New Japan Cup meeting that saw EVIL dominate and defeat the Headhunter in a mere two minutes, putting YOSHI-HASHI out afterward with a knee injury. EVIL will be just as unforgiving tonight, as he comes into Hokkaido angered after Zack Sabre Junior pulled the wool over his eyes and scored a shocking quick pinfall victory Sunday in Osaka. While YOSHI-HASHI had a stirring performance against Juice Robinson in his own tournament opener, a loss was still the end result; it will be hard to pick up steam against a furious King of Darkness. 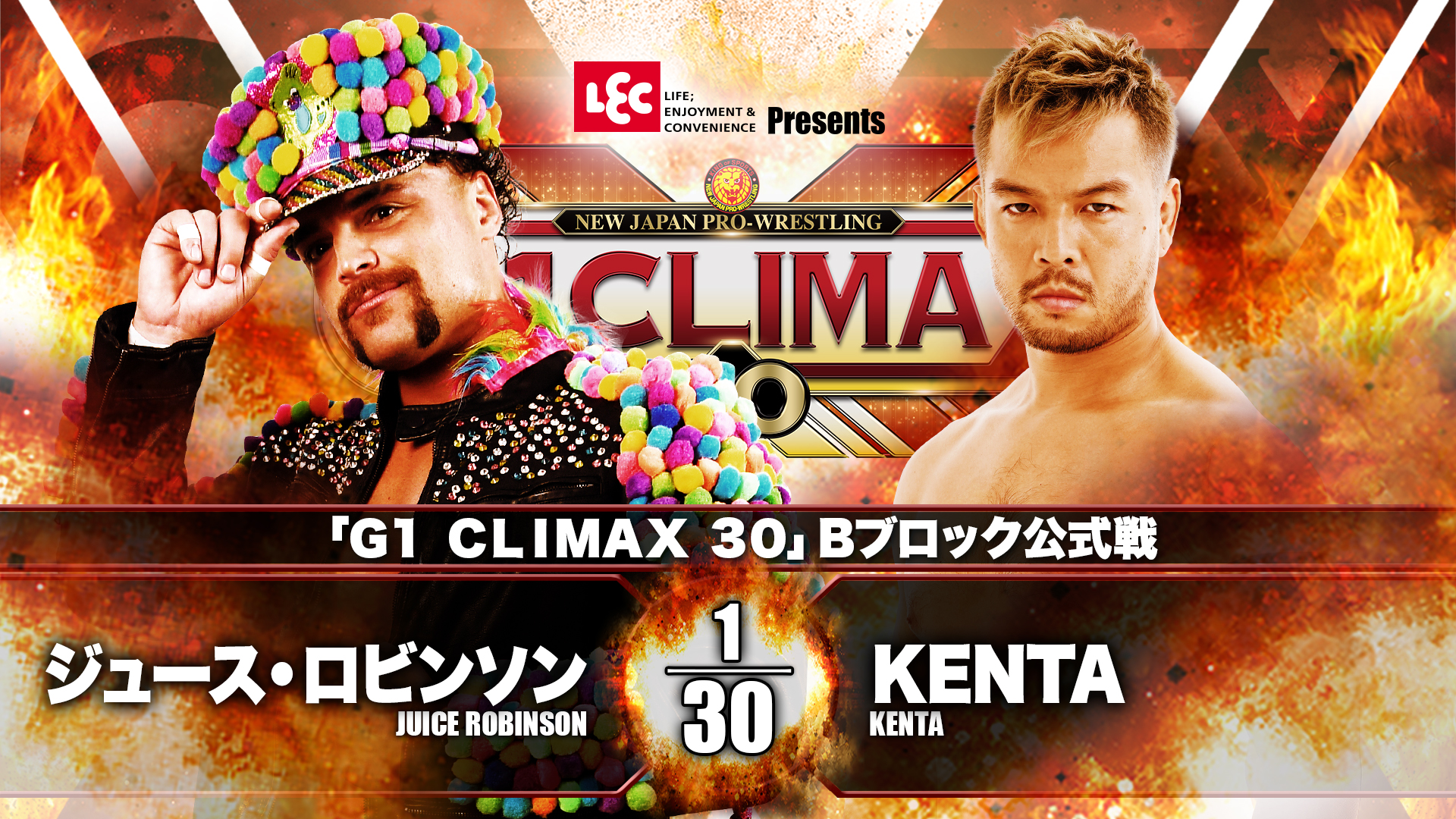 After a fired up Juice Robinson got past YOSHI-HASHI, and KENTA tapped out Hirooki Goto in Osaka, the two men face off for the first time one on one in Hokkaido; at least, as Juice alluded to, under their current names. While Juice and KENTA are new to one another in the ring, KENTA has battled Juice’s regular tag team partner David Finlay. It was with rules bent to breaking point in the New Japan Cup USA final that KENTA secured victory and the IWGP US Heavyweight Championship right to challenge. A second consecutive victory for KENTA will keep him on a roll and make him impossible to ignore, but Juice has even more to gain; two points and a potential chance at KENTA’s briefcase down the line. 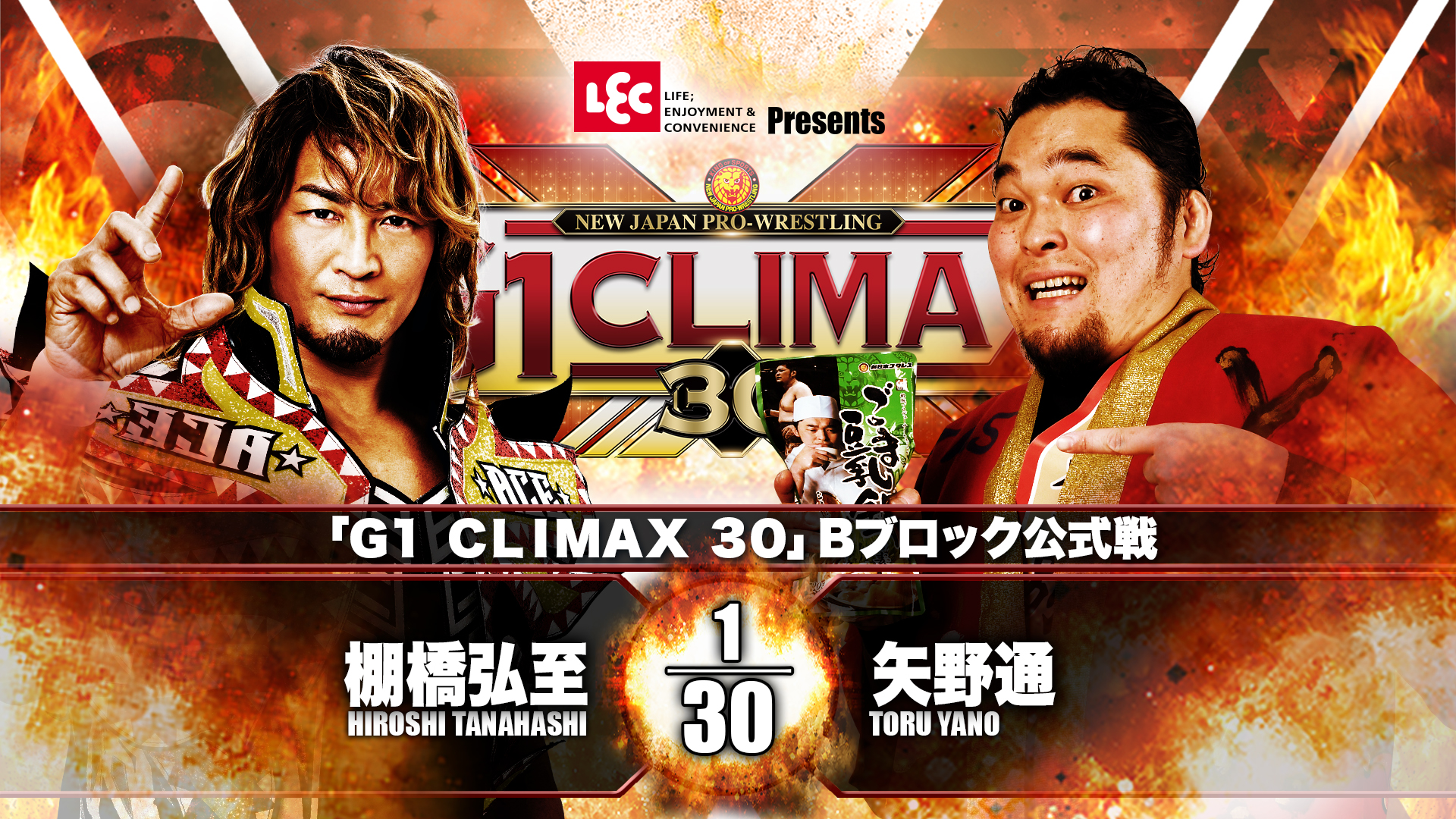 With no singles matches since 2015, this seems a fresh matchup, but Tanahashi and Yano have been battling for 15 years at this point. When Yano, fresh off a promising collegiate wrestling career made his way into the limelight in 2004, he would first meet Tanahashi in a feud for the since defunct IWGP Under 30 Championship, a feud that Tanahashi would win, along with the bulk of their 20 matches against one another. Tanahashi would even take Yano’s hair in 2010, but the sublime master thief would still on occasion prove to be a nagging thorn in the Ace’s side.

Victory for Yano in just 2:47 during the 2015 New Japan Cup was something that stuck with Tanahashi for a long time, but it isn’t just sprints that the two have engaged in; in fact the opening night of the 2007 G1 saw Yano and Tanahashi go to a full time 30 minute draw, something that almost cost the Ace his first G1 victory. While there would be long odds indeed on this match going the distance, it wouldn’t be out of the ordinary to see Yano spoil Tanahashi’s night here. Already 0-1 down after an electric, but losing performance Sunday, perhaps the Ace’s entire tournament might be spoiled in the process. 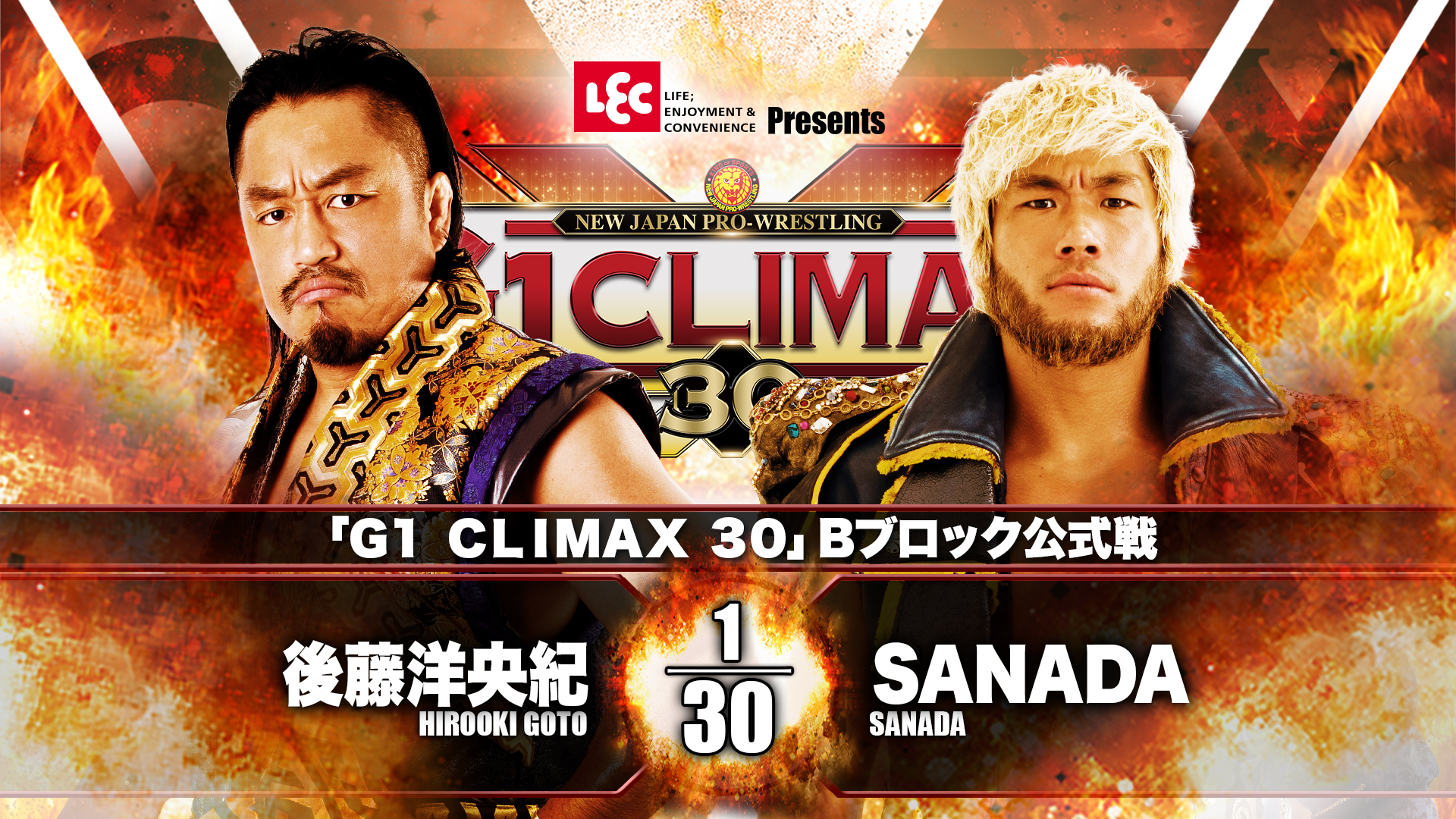 Sunday in Osaka, B Block’s opener saw Goto face the crushing humiliation of having to submit to nemesis KENTA. For SANADA, even greater humiliation, tied to Yuya Uemura in a bizarre three legged race to beat the countout to Yano, a race he lost. Now each head into their third G1 battle with one another and a tournament rubber match. Their other meeting came in the 2019 New Japan Cup, where SANADA beat Goto in the first round to eventually reach the finals. Could history repeat in Sapporo tonight?

Young Lion competition continues in our opener. Tsuji headed into the first night of the tour full of confidence, and a three win career margin over Uemura, but he paid the price with a Boston Crab tap out. Humbled, Tsuji quickly refocused, and scored his first win the next night to go 1-1 during G1 30, while Uemura dropped his last match in Sapporo to a Gabe Kidd double arm suplex. Has Uemura rocked Tsuji’s boat enough that he picks up two in a row against his Noge compatriot? Or can Tsuji quickly reassert his dominance?