A Lock For the Gold? Jay White Interviewed 【WK15】 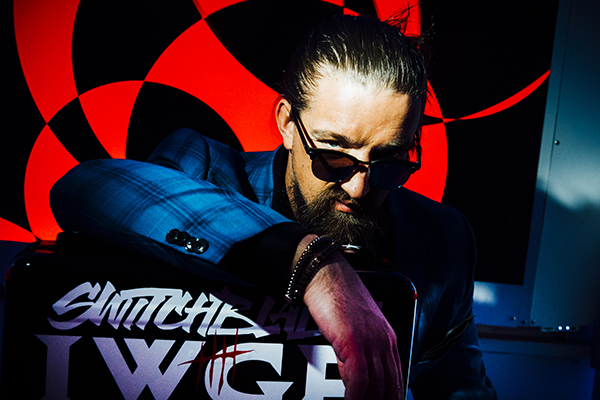 When cashing in his right to challenge the IWGP Heavyweight and Intercontinental Champion for a match on January 5 and not the 4th, Jay White instantly put himself as the topmost point of a championship triangle. After Kota Ibushi and Tetsuya Naito do battle on night one of Wrestle Kingdom, the Switchblade will capitalize, and is playing with house money at the Tokyo Dome.

Why put myself at risk when I can call my shot? 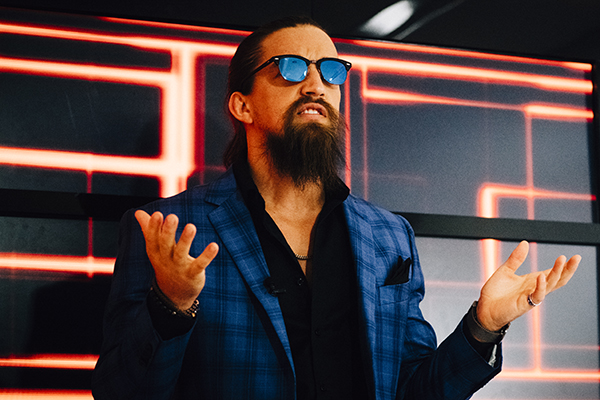 –Wrestle Kingdom 15 will be your fourth Wrestle Kingdom, and on January 5 you will be in the main event for the first time. How important is that position to you?

Jay: It doesn’t matter. I’ve said this before, just because it’s Wrestle Kingdom, it doesn’t make a difference to me. I’ll be facing either Ibushi or Naito, two guys I’ve beaten multiple times. The event, the venue doesn’t matter. It might trick some guys and put them under pressure, but no, it’s just another match.

–When you chose to challenge the champion on January 5 then, was that purely a competitive decision?

Jay: Of course. Why would I put myself at risk by wrestling on night one and potentially being hurt when I can call my shot for night two?

–Some might say that the idea of being the last image people remember from the Tokyo Dome matters more to you than you might let on.

Jay: Sure, I guess that’ll be a nice bonus. But that has nothing to do with my motivation in choosing the second day. The whole point is that that double title match is the only one that matters. I don’t care about closing the show. But will I enjoy holding those belts up at the end of the night? Of course.

Jay: I did single handedly sell out Madison Square Garden. No argument.

–But do you feel that being the man at the top of the billing for January 5 puts a similar responsibility on your shoulders to lead the flagship event of the year?

Jay: Even being the star that I am, I know when expectations are realistic. Not even Switchblade Jay White can overpower a global pandemic. But everyone who does buy a ticket will be buying that ticket to see me, and the same goes for everyone watching on NJPW World. 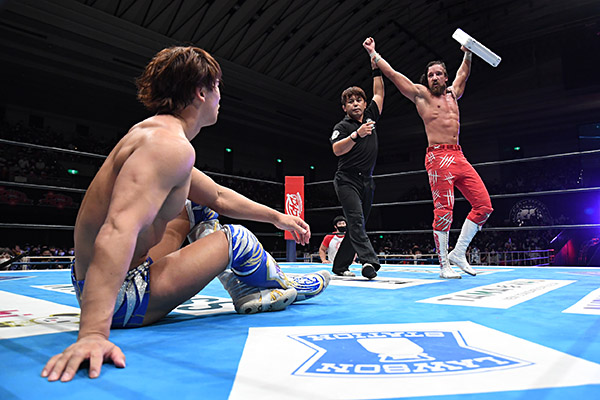 –Asking for the January 5 spot turned out to be a master stroke on your part. Tetsuya Naito insisted on main eventing both nights in the Tokyo Dome and issued his own challenge to Kota Ibushi, which will leave whoever wins on January 4 in a weakened state on January 5, while you will come in fresh. Did you have a feeling Naito might react the way he did?

Jay: Like I said in the ring at Power Struggle, I really didn’t care what Naito chose to do on January 4 when I made that challenge. I only cared about what I was going to do, not what everybody else was. But sure, if I could plant the idea in someone like Naito’s mind to do what he did, then so much the better. I always have a plan, heheh. So let’s all encourage Ibushi and Naito to really go at it on night one.

–At Power Struggle it certainly seemed as if you were doing all you could to help EVIL to victory over Naito. Where does EVIL fit in with your plans or BULLET CLUB’s plans?

Jay: Right now, where does EVIL fit in? Short answer? Nowhere. There’s three of us in this picture and he isn’t one of them. Now in Osaka, did I want him to win? Or did I want to fight him in the Tokyo Dome? Did I do what I did to help him, or help myself? I’ll leave that up to you to decide. Me and EVIL teamed in Korakuen, so maybe you can glean something from that match.

Tokyo Sports will always pick a guy like Naito 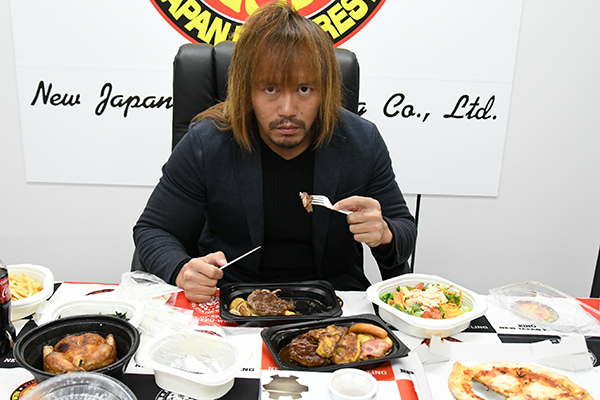 Jay: He’s had an easy field. The rest of us weren’t in Japan half the time, and he’s going to call himself MVP? It’s all bullshit.

Jay: No. I despise that award. I hate that term. It’s disgusting how many supposed wrestlers want to get that title, as if it matters. They could lose every match and it wouldn’t matter to them as long as they get match of the year? For any competitor to think that way is a disgrace.

–Results are everything to you.

Jay: For anybody to think that it might be OK to lose as long as they ‘lost well’. They should go and burn their boots. All that match of the year crap is something fans should talk about, not wrestlers.

–Purely as a competitor though, there is a standard of sportsmanship and competitive spirit that’s attached to the Tokyo Dome main event status. Is that something you’re conscious of?

Jay: No. Not really. Look, this is a high pressure situation, so competitive bouts arise from that. But would it matter to me if I can come out with a win inside two minutes? No! It would matter to me in a good way, it’d be something to be proud of! I wouldn’t worry about it not being a ‘competitive match’ for the people. You look at a ticket for the matches. Does it come with a statement that the wrestlers will promise to fight for 30-40 minutes at a time? No! The match could end in one minute. That’s what sports are like, that’s how things go. I don’t have any responsibility to put on a competitive match, no.

If I make guys emotional, they’ll make mistakes, and I win 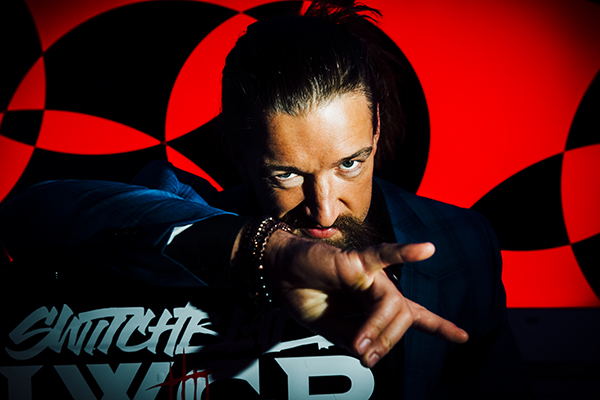 –You’re 3-0 against Kota Ibushi this year. In your opinion, is Ibushi an easier opponent on the 5th than Tetsuya Naito?

Jay: To be honest, probably. Since Wrestle Kingdom, I’ve beaten him three times in a row, and at the Tokyo Dome, in the G1 and being the first to take that briefcase? Those are big wins. He’s fighting a losing battle against me.

–Ibushi refused to accept the result of the match at Power Struggle after you won with your feet on the ropes.

Jay: Like I said at the press conference, the result is what the result is. If the referee blew the call, whatever. Take it up with him. But once the bell rings, the result stands.

–Do you think he’ll be coming into the Tokyo Dome with a lot more anger?

Jay: I welcome that. I love working these guys up to the point they’re emotional, because that means they’ll make mistakes, and that’s when I win. If, if he makes it through the 4th, then let’s see how much anger and energy he has left for me on the 5th.

It’s only fair Naito should have everything to lose] 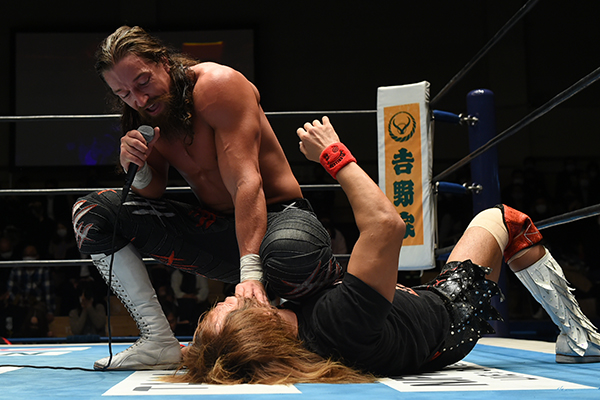 –Tetsuya Naito came in with nothing last year at the Tokyo Dome and left with it all. Now he has a lot more on the line. How do you see that affect him, mentally?

–How do you see the crowd support going on January 4? The fans wanted so badly to see Naito win the titles last year, but do they want to see him keep them as badly against a potentially new champion in Ibushi?

Jay: Well, the people will turn on you when they get the chance. As soon as something’s new and hot, they’ll flock to them. Sorry, that’s just the way things are, they don’t really care about you. I understood that early, that trying to change their minds over anything isn’t going to work.

–Let’s say you win both titles at Wrestle Kingdom. We hope the chaotic year that was 2020 will be improved in 2021. Where does Jay White and BULLET CLUB go into the new year?

Jay: There’s a lot of big ifs next year. We don’t know what’s going to happen in the world. People say that this year was a nightmare year; for some people, their nightmare year begins when I win both belts, heheh. It’s all out of our control, just like Wrestle kingdom is out of your control. I will win on January 5, and then moving on from that? I’ve been in Japan too long. I need a break. So I’m taking my titles, and I’m going home. Whatever anyone might say, screw them. I’m taking those belts and going home. 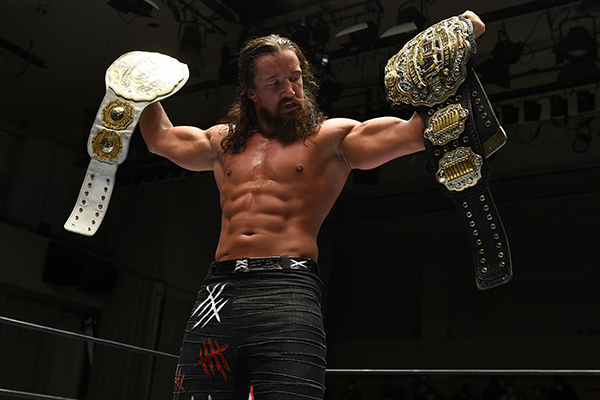