With six out of eight spot filled for New Japan Cup USA, the last two positions in the tournament will be filled this Friday. The final two qualifying matchups will see the brackets complete as we get set for tournament action through April. 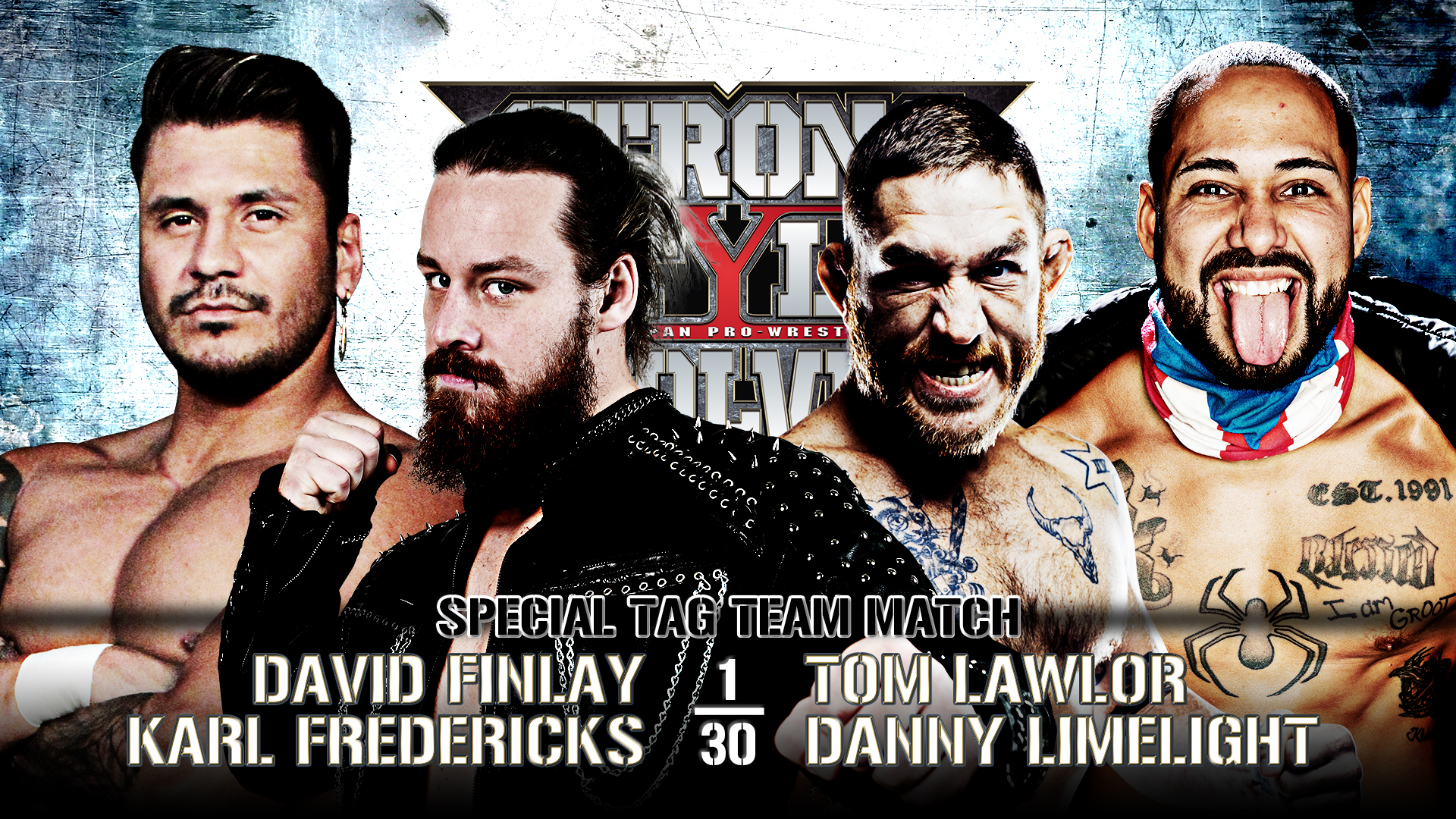 This week’s main event sees tag team action as David Finlay teams up with Karl Fredericks against team Filthy’s tom Lawlor and Danny Limelight. Lawlor will be focused on New Japan Cup USA, a tournament that could see Team Filthy represented twice should Chris Dickinson qin his qualifier earlier in the evening. Tonight though he faces two of the 2020 lineup that will not be in the 2021 tournament.

For Finlay, entry into the Japanese New Japan Cup precluded his being in the USA conversation. That isn’t to say the fighting Finlay isn’t eager to stamp his mark on proceedings tonight though. The last couple of weeks saw Finlay in strong competition with Chase Owens and YOSHI-HASHI in the New Japan Cup, while he and Juice Robinson secured the IMPACT World Tag Team Championships Stateside. Singles or in tags, Finlay is looking to make the most of his spring, adapting to any situation, including with an unfamiliar tag partner in Karl Fredericks.

With New Japan Cup USA coinciding with Fredericks’ return to action from shoulder surgery, the Alpha Wolf was not granted a qualifier for this year’s tournament, and tonight will be about reminding everyone why he feels he should be a main event talent. Of course, the same could be said for Danny Limelight. Only in his third NJPW STRONG match of 2021, Limelight will want the spotlight in this tag bout to set the rest of his 2021 up, while partner Lawlor wants to head into the New Japan Cup USA in winning form. 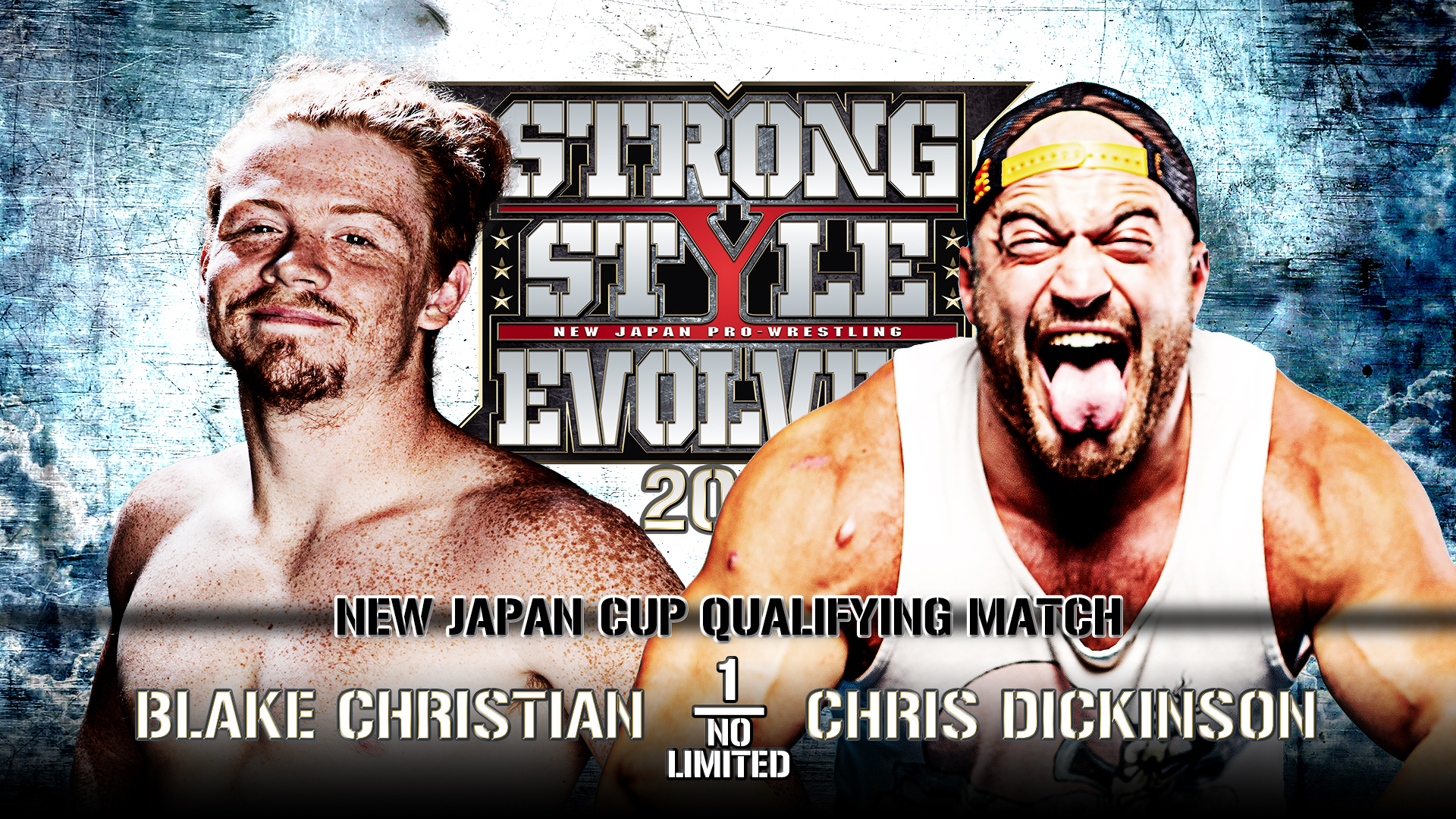 The last spot in New Japan Cup USA will fall to either Blake Christian or Chris Dickinson in this final qualifying bout. Dickinson has exploded on the NJPW STRONG scene in 2021. Badly wanting to join Team Filthy leader Tom Lawlor in the field, he’ll be bringing every bot of his sizable strength and technique against Blake Christian. His opponent though will bring a characteristic amount of heart to this affair. With hype and international recognition having grown around him since his Friday night debut last year, earning entry into New Japan Cup USA would be the perfect culmination of one journey for ‘All Heart’; as well as the beginning of a new one. Will he be able to overcome Dickinson? Or will the Dirty Daddy be part of the eight? 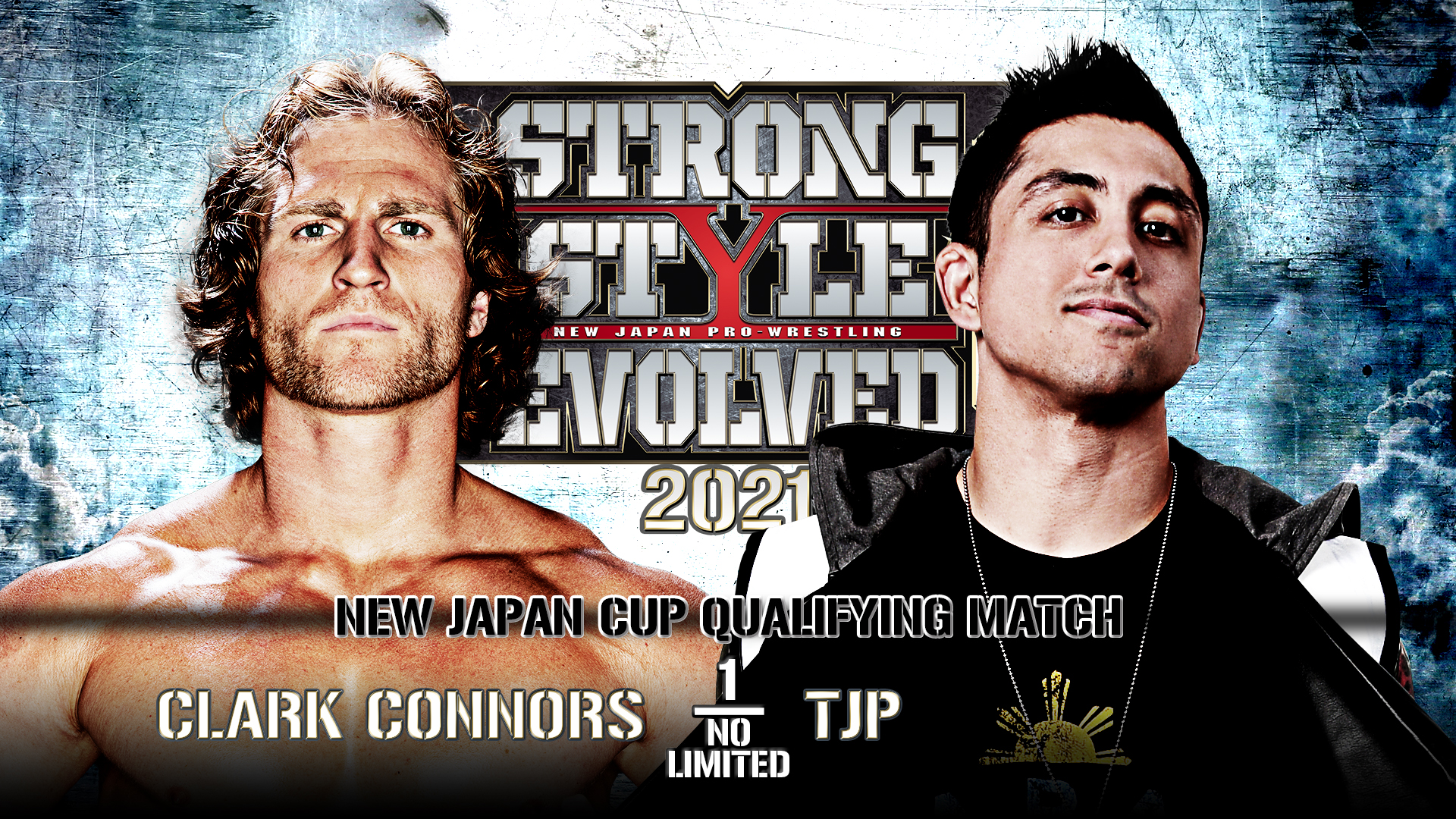 Also attempting to qualify for New Japan Cup USA will be Clark Connors and TJP this Friday. A single elimination tournament like this has no allies, as every competitor is in it to win it. That will be the case this week; original LA Dojo alum TJP has taken Connors under his wing to the point that the two of them teamed together in the 2019 Super Jr. Tag League. Tonight though, he’ll want Connors to yield, and his opponent will not be giving an inch.

Long regarded as the captain of the original LA Dojo output, Katsuyori Shibata himself has deemed Connors worthy of graduation. To underscore that statement, he’ll want a win over a partner and mentor tonight. Having won last year’s Lion’s Break Crown, could he take a step closer to another trophy with an upset tonight?