Collision continues this week on NJPW STRONG, as Fred Rosser and Hikuleo’s bitter personal feud comes to a no disqualification head. Meanwhile, with Tom lawlor and Chris Dickinson a week away from their STRONG Openweight Championship clash and after last week’s elimination main event saw significant shifts in the balance of Friday night power, you can’t afford to miss a moment of STRONG this week! 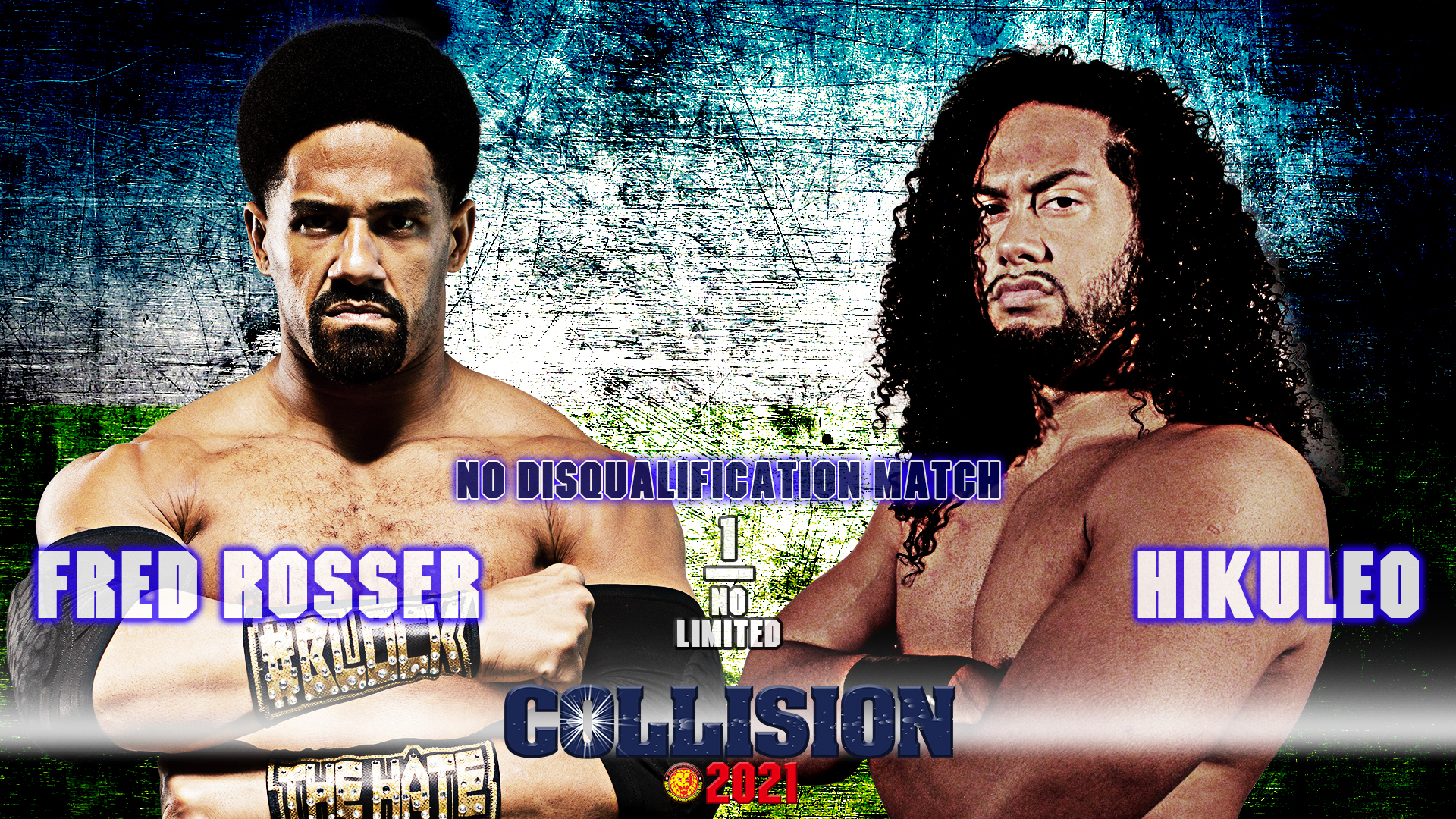 Fred Rosser and Hikuleo have been at one another’s throats since their very first interaction on NJPW STRONG. With the young arrogant Hikuleo and BULLET CLUB representing everything Mr. No Days Off takes a stand against, it should come as no small wonder that two of the biggest men and hardest hitters would target one another as soon as they met in tag team action months ago. Their interactions would lead to a singles bout during New Beginning USA, a match that Rosser won, but with a rare desperation pull of the hair, bending the rules to try and turn the tide of a match that the Young Gun had dominated.

Hikuleo was hungry for revenge, and demanded the two face off in the first round of New Japan Cup USA, a match Hikuleo won after brutally attacking his opponent on the outside of the ring before the bell even rang. Fast forward to last Friday night on Collision, and the final bell wasn’t enough to stop Hikuleo and Rosser brawling around ringside as ringside attendants and furniture was scattered. It’s clear regular rules cannot settle the score between Hikuleo and Fred Rosser, so week three of Collision will see a no disqualification match to finally determine who the better man is on Friday nights. 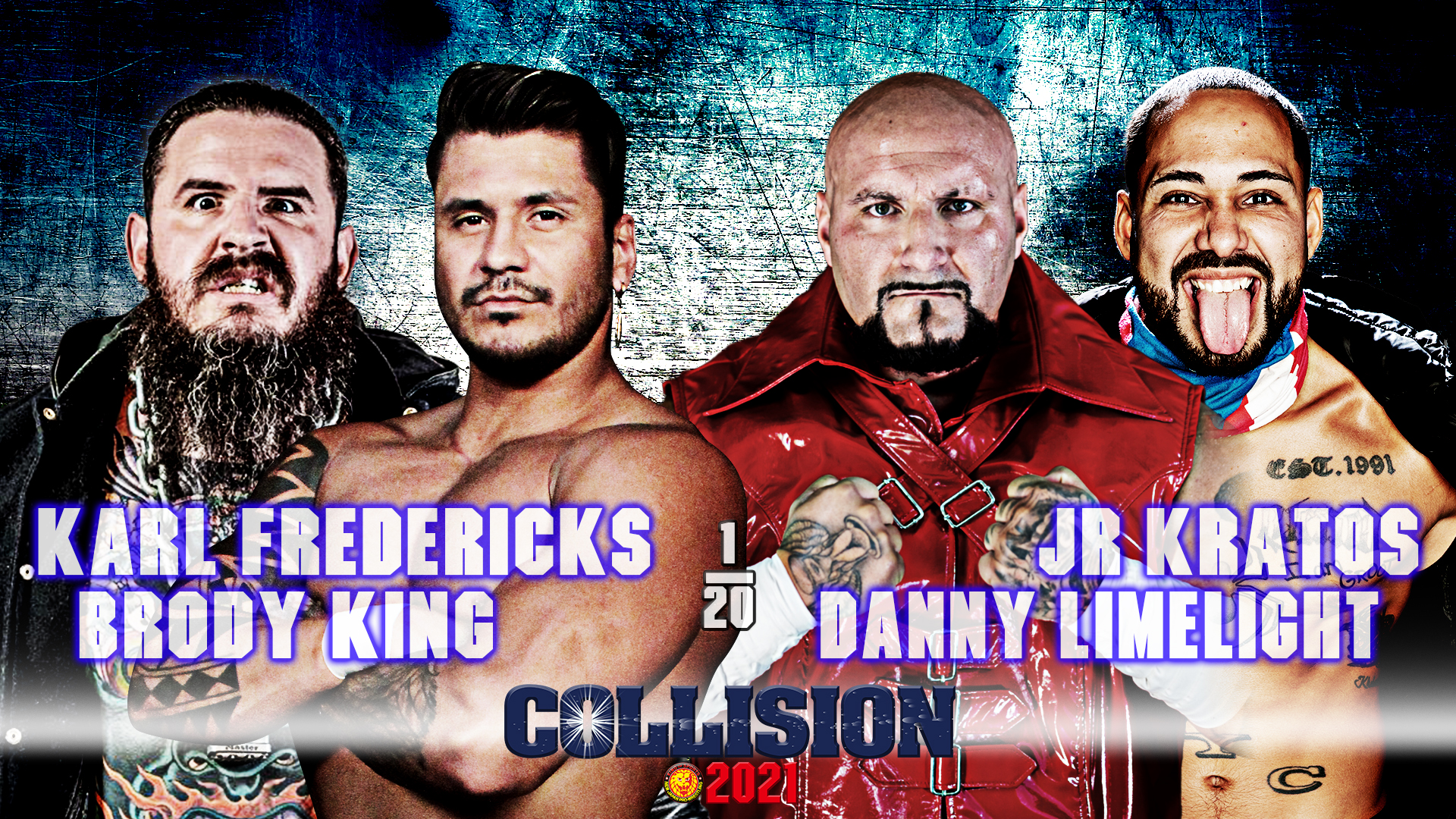 As Team Filthy leader Tom Lawlor gets set to defend the STRONG Openweight Championship against Chris Dickinson next week, the only two remaining members of the fight team in JR Kratos and Danny Limelight take on Karl Fredericks and Brody King Friday. Last week, Team Filthy’s number was reduced to three after Chris Dickinson was expelled from the group with a Limelight low blow, despite picking up the elimination main event victory for the team. Now Kratos and Limelight will seek to prove that they can still operate like a fight dream.

Meanwhile Fredericks and King are hungry for revenge. Both were eliminated, by Limelight and Kratos respectively, last week in controversial form after a distraction saw King thrown out of the ring, and Fredericks was pulled off the apron by the man he’d already eliminated in Limelight. With no tope rope ruling and no distractions at ringside, who is the better team Friday? 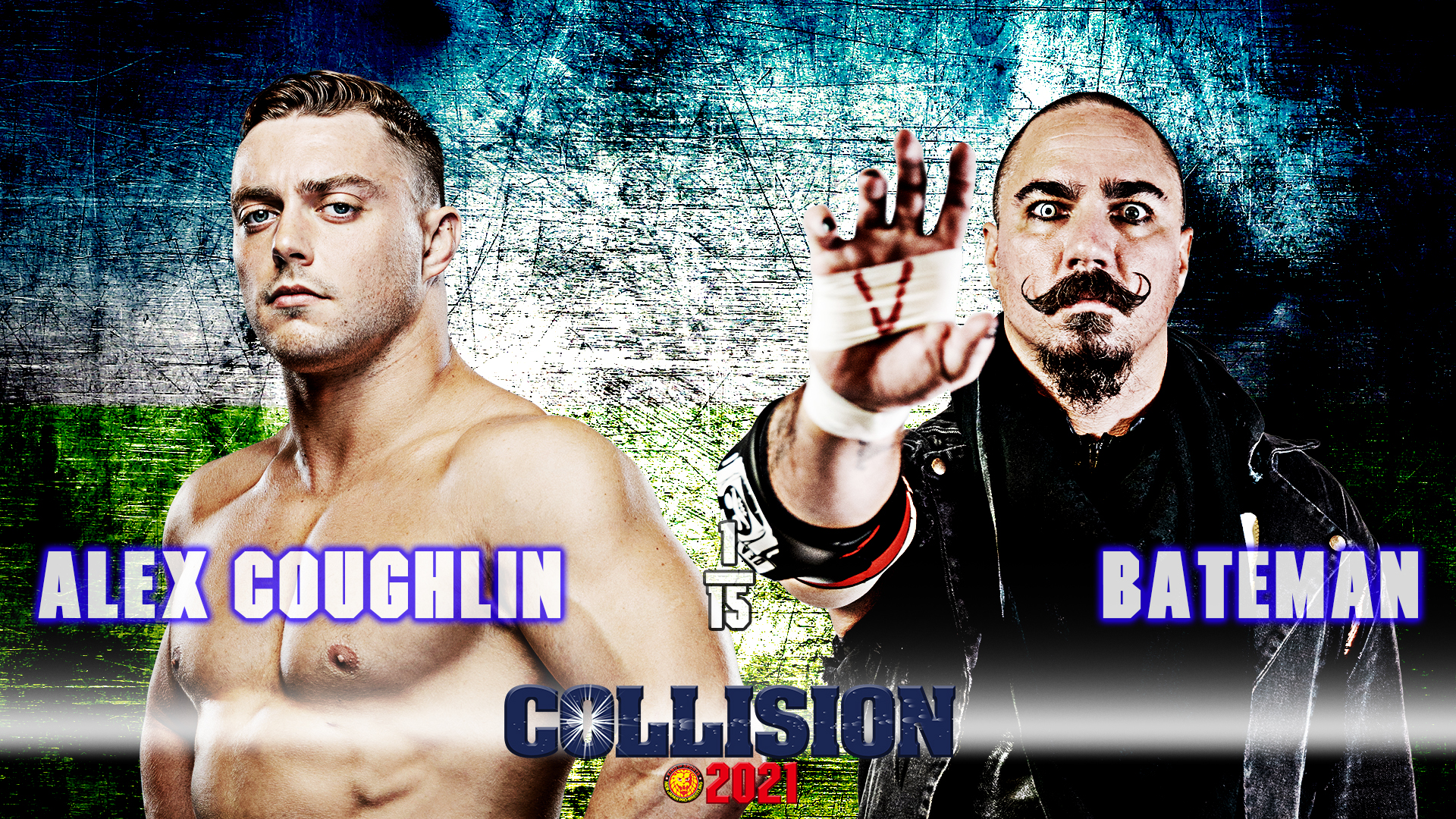 Starting the night’s action, Alex Coughlin faces the returning Bateman. Always motivated and aggressive in the ring, Coughlin gained additional motivation through last week’s main event. There, Clark Connors proved he was a Young Lion no more, and debuted an all new look as the ‘Wild Rhino’. With Connors and Karl Fredericks now both having graduated, Coughlin is the last of Katsuyori Shibata’s original class still in black trunks, and progress slowed by injury or no, is eager to prove that he can join his seniors in the top flight.

To do so however, would mean getting the upper hand on competition like the demented veteran Bateman. On his prior appearances on STRONG, Bateman has shown evidence of a mean streak a mile wide, but he too is looking for a convincing victory on Friday nights. Bateman will look to make a stepping stone of Coughlin, who will want to show he is nothing of the sort this week.