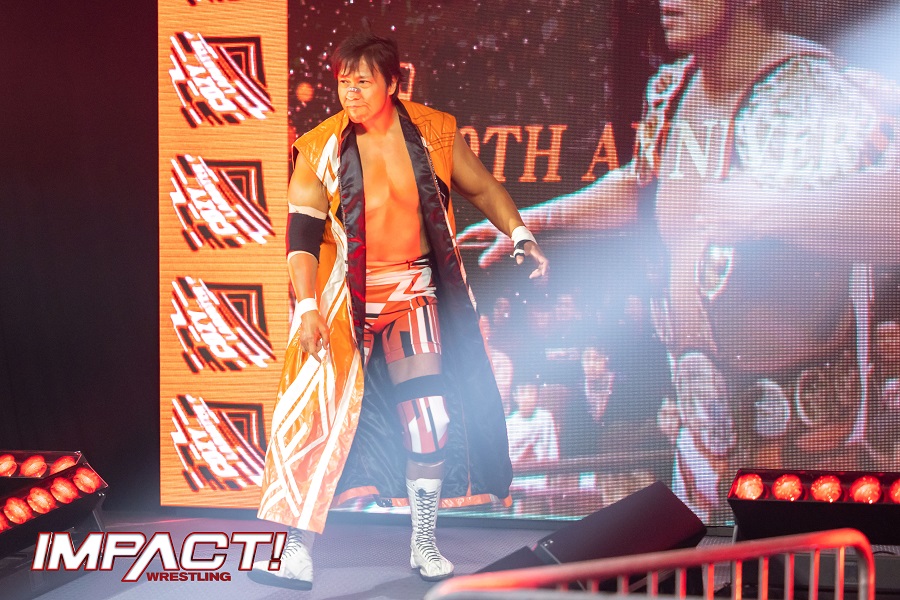 Kojima pushed Deaner into the ropes at the bell but didn’t get a clean break from the VBD member, who tried to tackle his opponent down. There was no taking Kojima off his feet though, and Deaner was bounced off the mat with heavy strikes. 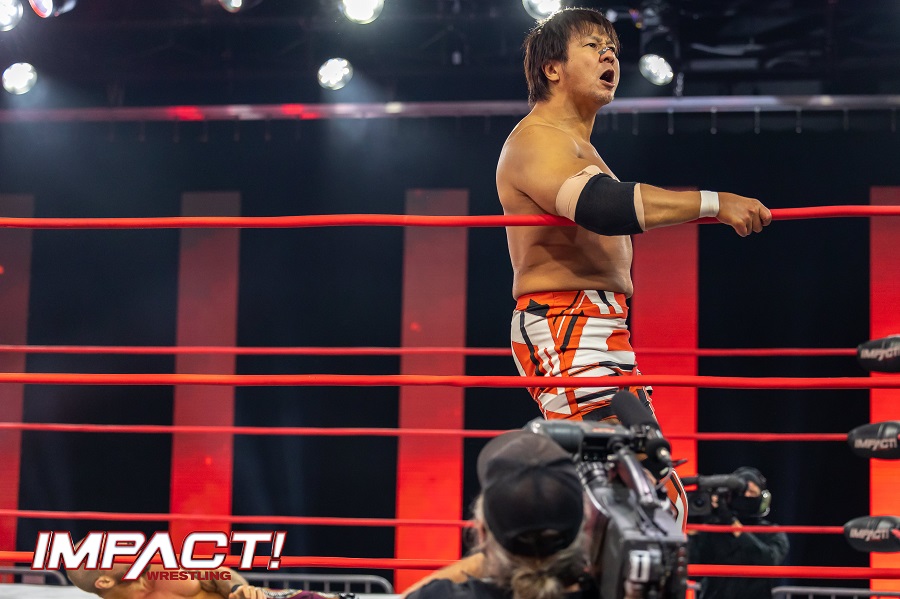 Deaner would escape the machine gun chops in the corner and rake the eyes of Kojima, dropkicking his opponent in the corner before keeping up the pressure as he fish hooked the nose and dropped a knee. Kojima’s Against All Odds opponent Joe Doering watched on as Deaner choked the New Japan representative on the ropes, but he could not keep the advantage for long. 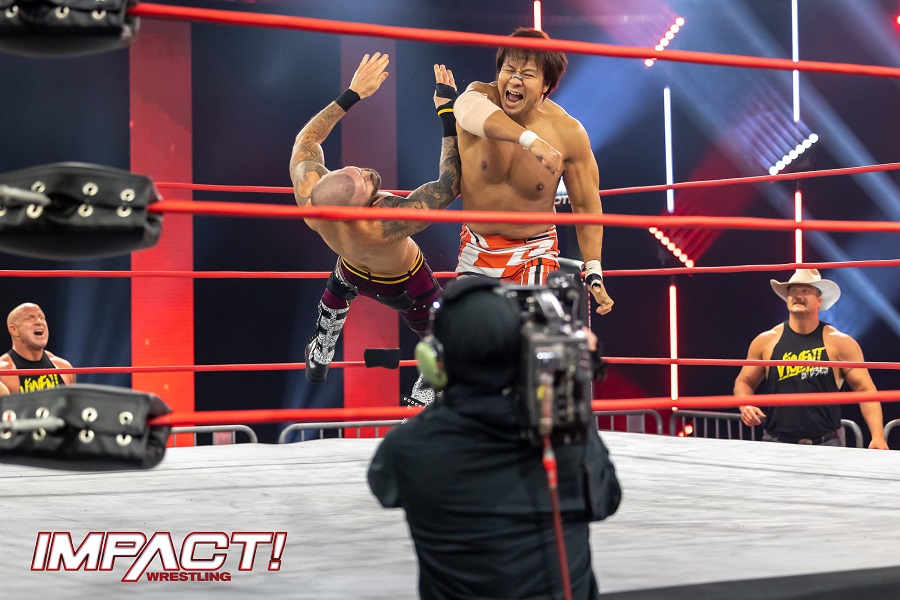 Kojima countered Deaner in the corner and connected with machine gun chops before his signature elbow drop for two. Deaner got his own two count with a neckbreaker, but a DDT was countered with a brainbuster from Kojima. Rhino and Joe Doering would try to get involved, but Eddie Edwards came to ward off distractions as Kojima scored with a Koji Cutter and then the lariat for an impressive win. 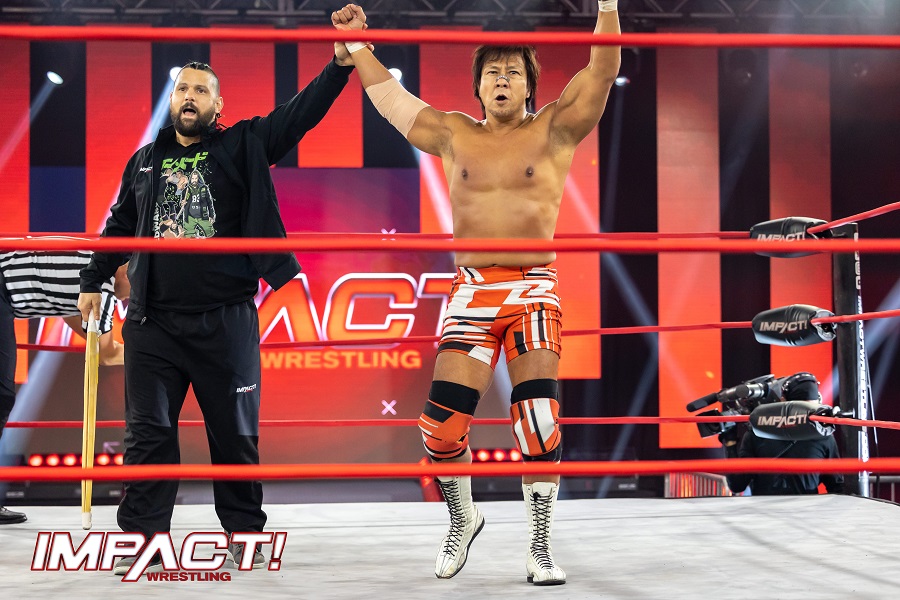 Kojima faces Joe Doering at IMPACT’s Against All Odds event on June 12. Kojima teams with Karl Fredericks against JR Kratos and Danny Limelight this Friday on NJPW STRONG.