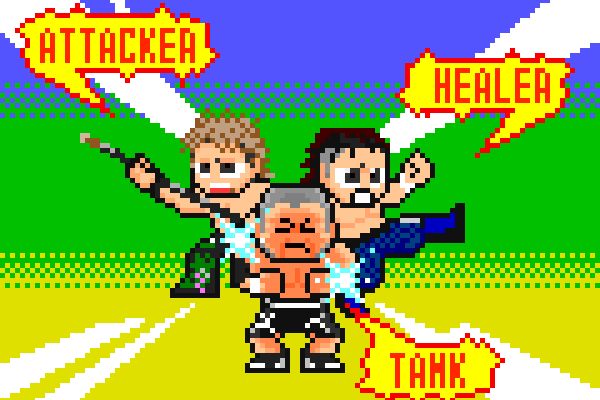 Capcom’s Daizou Nonaka back with you again. Man, the NEVER 6-Man Championships are great aren’t they? There’s no argument that it’s all down to the current champions; CHAOS’ Hirooki Goto, Tomohiro Ishii and YOSHI-HASHI.

It isn’t just that they’ve managed to put together a huge record seven title defences, but they’ve elevated the prestige of those titles with every win. All those defences have been amazing matches, and they have an appeal that definitely makes sense to any hardcore gamer. 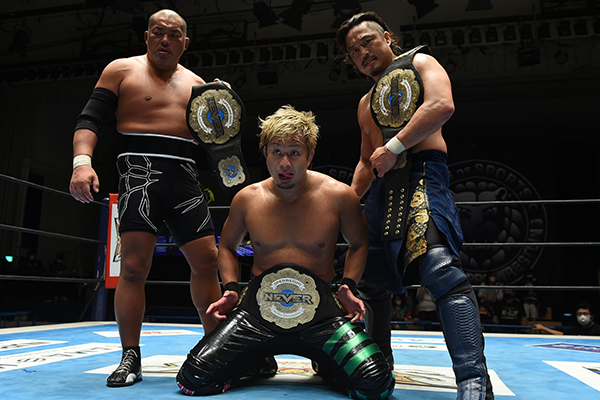 It’s been quite the achievement for the champions to stay unbeaten. We see more than a few six man tag matches as build up to singles or tag title matches, and everyone’s very experienced and skilled in those environments, so it means they’re all matches that are particularly hard to predict. Add all the potential for double and triple teams, and it’s no small wonder that the titles have changed hands so many times up to now.

That’s all just another reason why the champions are so impressive; and just think, even before they defended the titles seven times, they had to get through three matches to win the belts in the first place, all while the previous defence record was just four. So what makes these guys such a great team? In gaming parlance, the key to your squad goals is playing to your class.

Your class defines the role you play on a team in a multiplayer game. There’s attack, and support roles, healers and so on. It’s not to dissimilar to old RPGs in the ’80s with their job systems. Warriors, mages, paladins, all that. Modern classes are like that, but they more clearly define the part the player has to play. Let’s take a trio of Attacker, Healer and Tank as an example. The Tank can live up to intense punishment and deal out heavy damage themselves. The Attacker is on the front lines, while the Healer is protected by the Tank, there to offer support when their teammates need it.

Those are the parts that so many players of online multiplayer games live by. They don’t play single player games against the computer so much, it’s all about playing against other people, and operating effectively as a team within that environment. Because your opponent is human and not AI, you need teamwork if you’re able to survive and win. 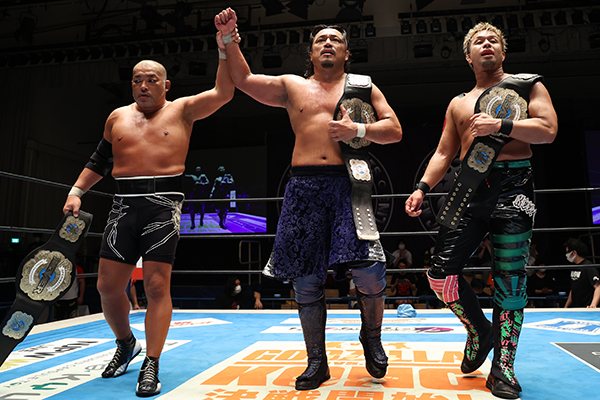 Those classes really apply neatly to the NEVER Champions. First of all, you’ve got Tomohiro Ishii, who is a great example of a Tank. He doesn’t give up ground, can take a ton of damage, and then unleash hell when it’s the right time.

YOSHI-HASHI is the Attacker. He has an explosiveness that means when his chance comes around, he can unleash a super effective assault.

Hirooki Goto? I think he’s a Healer. ‘We don’t have medics in wrestling!’ I can hear you say, but think about how many times Goto makes a save right before a count of three. Every time it seems like all hope is lost for CHAOS, Goto is there to break up a pin or a submission, and he’s ready for a double team to follow up. He’s a great Healer.

It all adds up to a dominant team. Over the last few months, they’ve faced trios with phenomenal singles wrestlers like Okada, Tanahashi, Naito or Jay White, but they’ve been able to retain their titles because they have the total package as a trio. A team of a tank and two support guys wouldn’t get it done; this is the most balanced team there is, and that’s why they’re successful. 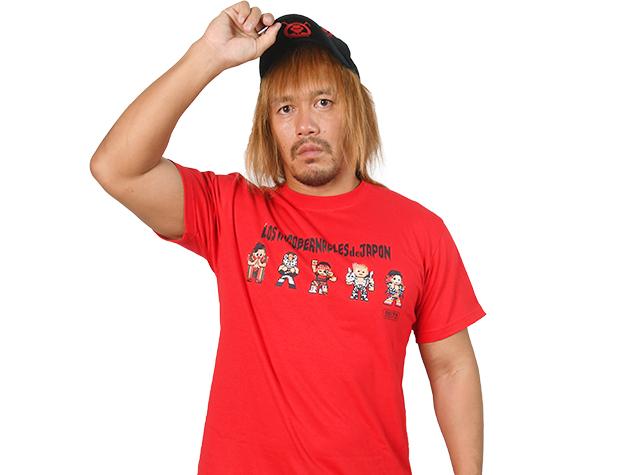 Daizou Nonaka has been producing videogames and watching wrestling for 37 years. He likes to play Tank.