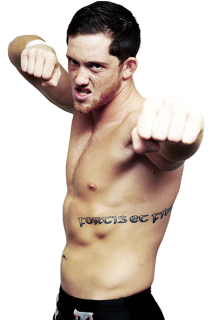 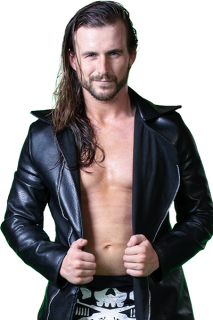 Cole:
"First of all, I’d like to express my thoughts. Kyle O'Reilly and his own story are dating back to 2009. They were competitors for nearly a decade ago, at that time the stage in New Japan was a dream of a dream. Among them, it was a very surreal event to confront Kyle O'Reilly and Kyle O'Reilly with 1 vs 1 in "WRESTLE KINGDOM" called the biggest event in the year. It is a terrible surprise that what I was dreaming of is realized. Many things have changed since I was a competitor, as I am the strongest wrestler of the ROH era, which is the fact, because I won the belt for the third time. Besides, it is the youngest generation. Yet I am young and I have not reached the peak. My trip as a professional wrestler has just begun. Kyle may have misunderstood himself as a special being because he won the championship when I was the second champion before, but I won the third belt. Moreover, on this stage called "WRESTLE KINGDOM". I am very honored and I think that I made a new history. "

--- It is said that my peak still has not come yet, please recapture the belt of ROH and tell me the outlook in New Japan.

Cole:
"The goal that I set every year was to overcome myself of the previous year, I believe it has come true this year too." Although the belt of ROH is the largest belt in North America, I was able to win for three times as yet in the middle of my twenties, there is no one fighting against me in ROH. I will continue to do my best to make ROH more special in the future, I would like to try out how much I can do on the stage of New Japan. New Japan is very special and has talented players but how much can I do in it. And I'd like to try out if I can conquer this New Japan. "