B Block analysed before September 19 start

After September 18 sees wrestling’s greatest tournament get started in Osaka, the next night will see B Block action. 20 of the world’s best heavyweights will do battle in 19 events in the coming month, all heading toward a grand final in the Nippon Budokan. Let’s look at the names involved. 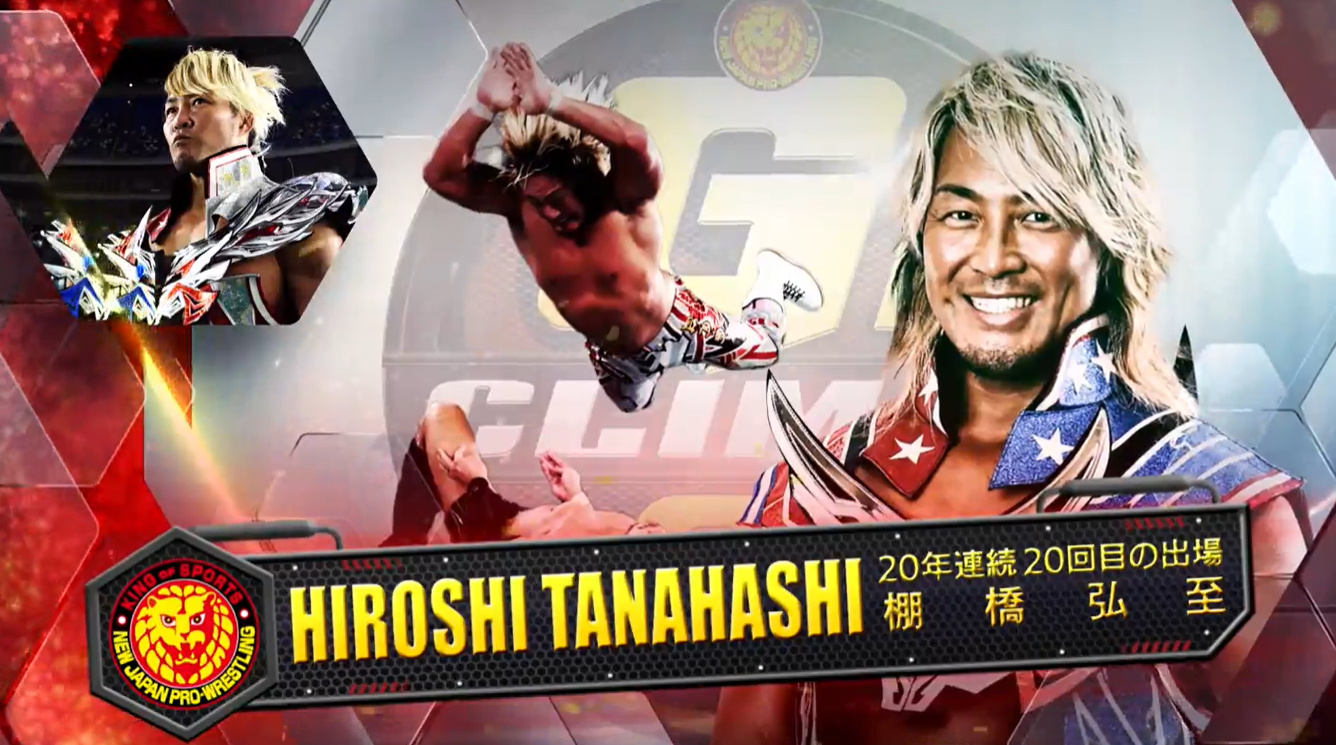 The undisputed ironman of G1 Climax competition, Hiroshi Tanahashi heads into his 20th consecutive G1 Climax, itself a record, with 149 matches and 86 tournament match wins under his belt. That belt this year is the IWGP United States Heavyweight Championship, Tanahashi walking into a G1 as a champion and with a target on his back to match for the first time since 2017, when the Ace started G1 Climax 27 as the IWGP Intercontinental Champion. The red and gold around his waist makes Tanahashi in demand in both Japan and the US, but the Ace has demands of his own; demands for one more Wrestle Kingdom main event in 2022, and the IWGP World Heavyweight Championship to boot.

One of, if not the greatest rivalry in all of professional wrestling sees another chapter written right at the start of this year’s tournament. Just as Dallas Texas saw Okada and Tanahashi kick off A Block in 2019, so it will begin B Block in 2021. This clash of two of the block favourites will no doubt set the tone for the rest of the tournament to come, and could well set the standard for match quality to boot. 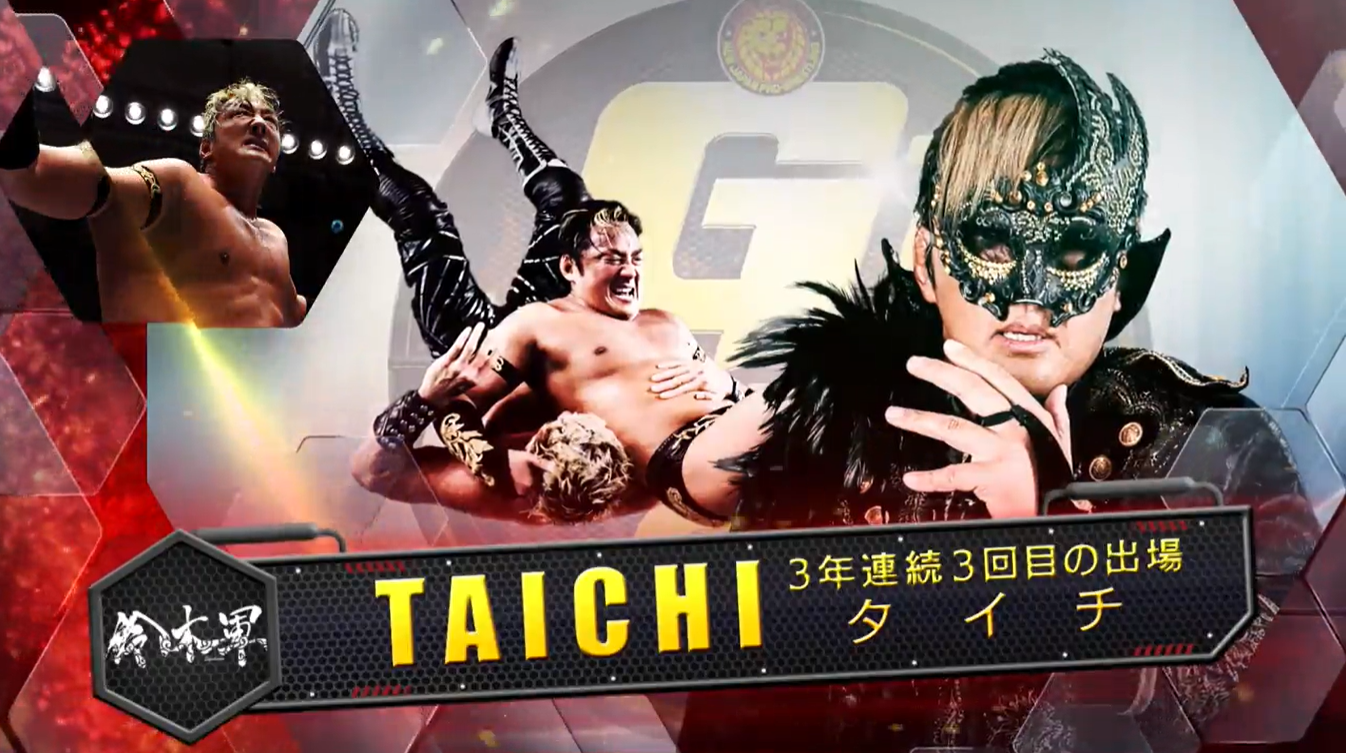 There is no question that with Dangerous Tekkers as IWGP Tag Team Champions, attention and interest has grown in the tag team division. The reason why, the Holy Emperor explains, the championships have become so prestigious, and why he and Zack Sabre Jr. make such effective champions, is that both are effective singles wrestlers, who gel perfectly together. While there was once a time where some would doubt Taichi’s efficacy as a singles wrestler, those doubts have long been dispelled. Singles victories over Hiroshi Tanahashi and Kota Ibushi in 2020’s New Japan Cup were followed by a G1 Climax campaign in 2020 that saw Taichi bring a formidable fight to Kota Ibushi, and a clean win over Minoru Suzuki. With a Black Mephisto driven pinfall victory over Tetsuya Naito highlighting his summer as a single player, Taichi is not to be ignored in this tournament.

Tama Tonga was a thorn in Taichi’s side through the first half of 2021, a bitter feud over the possession of the Iron Fingers From Hell ending in a grueling ladder match in Fukuoka back in May. Now Taichi and Tama lock up again without the accoutrements at play, will Taichi show he’s comfortably a league above, or will it be Tama Tonga looking to prove how much he’s developed after five months away from the cerulean blue? 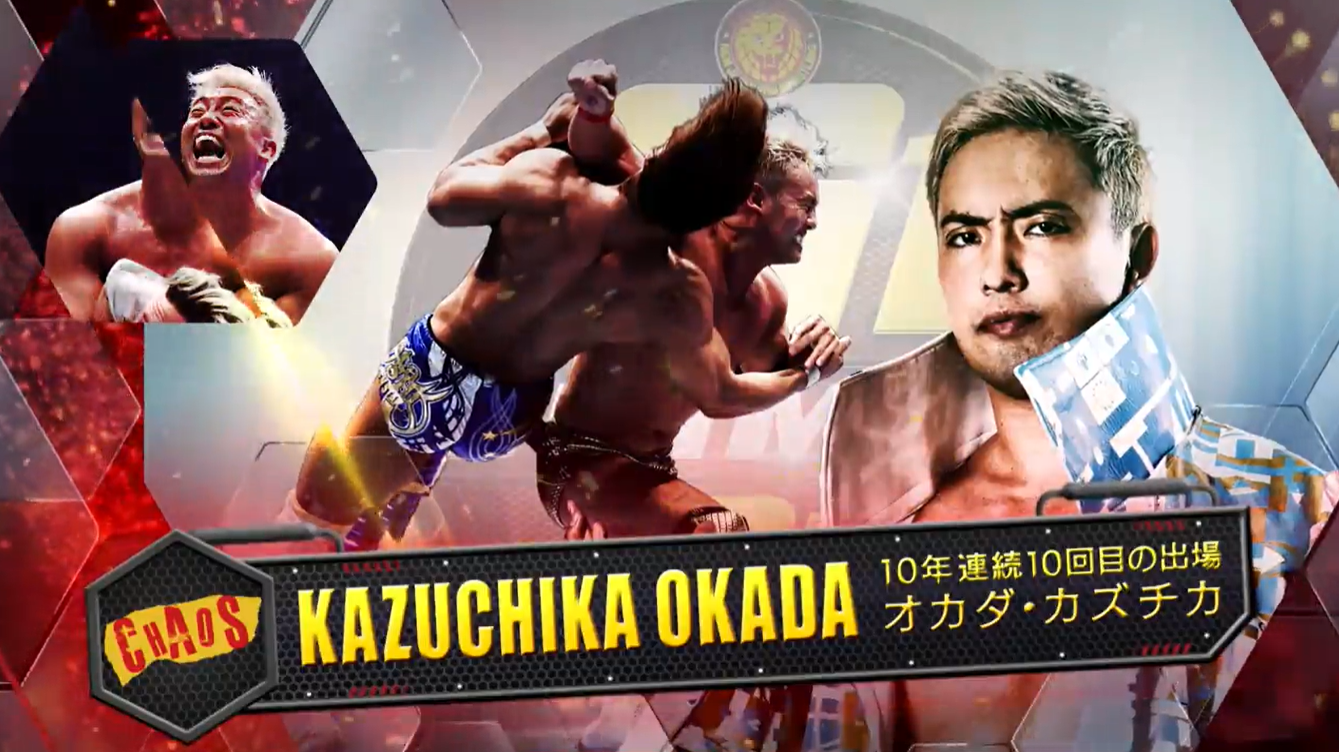 This isn’t the first time that Kazuchika Okada has headed into the G1 while not being part of the immediate IWGP (World) Heavyweight title picture. In both 2018 and 2020, he entered the running having lost the richest prize in wrestling in the months prior, and it affected the Rainmaker in different ways. In 2018, an instability within Okada saw him express himself in very different ways, with dyed hair, balloons and a desire to have more fun in his wrestling. In 2020, it was with an exaggerated self confidence, an expressed desire to challenge himself having already conquered all there was to conquer in his early 30s; a desire that led him to cultivate the Money Clip and persist with the hold even at the expense of an easier win with the Rainmaker.

While his previous times away from the big gold belt were at least somewhat welcomed by Okada in the past, as he broadened his horizons away from the championship scene, it could be argued that this year, Okada will have a sense of urgency in his G1 campaign. For all Okada’s talk in 2020 of wanting to be seen as the king of the King of Sports in this Olympic year, there have been three Tokyo Dome cards in 2021 and two in MetLife Dome- none of the five with Okada at the top of the billing, even if fate did intervene in one of those cases. Okada consistently carries a sense of responsibility to the fortunes of NJPW and Japanese professional wrestling at large; as such, he will be all business in this G1 Climax.

When Okada first made verbal reference to SANADA as his ‘rival’ on May 4 2019 at Dontaku that year after a spirited IWGP Heavyweight Championship defence, many saw it as a back handed compliment. The pot-stirrers would note that at that point in time SANADA and Okada had wrestled numerous spirited matchups, but that SANADA had lost every last one of them; Okada referring to the man the same age as he and at a similar experience level, but with a vast gulf in terms of singles accomplishments as his ‘rival’ seemed more than a little disingenuous. Yet G1 Climax 29 saw SANADA get his first win over Okada, and though a championship bout at King of Pro-Wrestling that year saw Cold Skull fall short, his 2020 and 2021 track record has been arguably more impressive than the CHAOS leader’s. The G1 Climax 30 finalist moved on to a far deeper New Japan Cup run than Okada’s first round exit, and an IWGP Tag team Championship reign, however brief, earned in July. Okada doesn’t just want to re-assert a dominance over SANADA; for the sake of his campaign, he needs to. 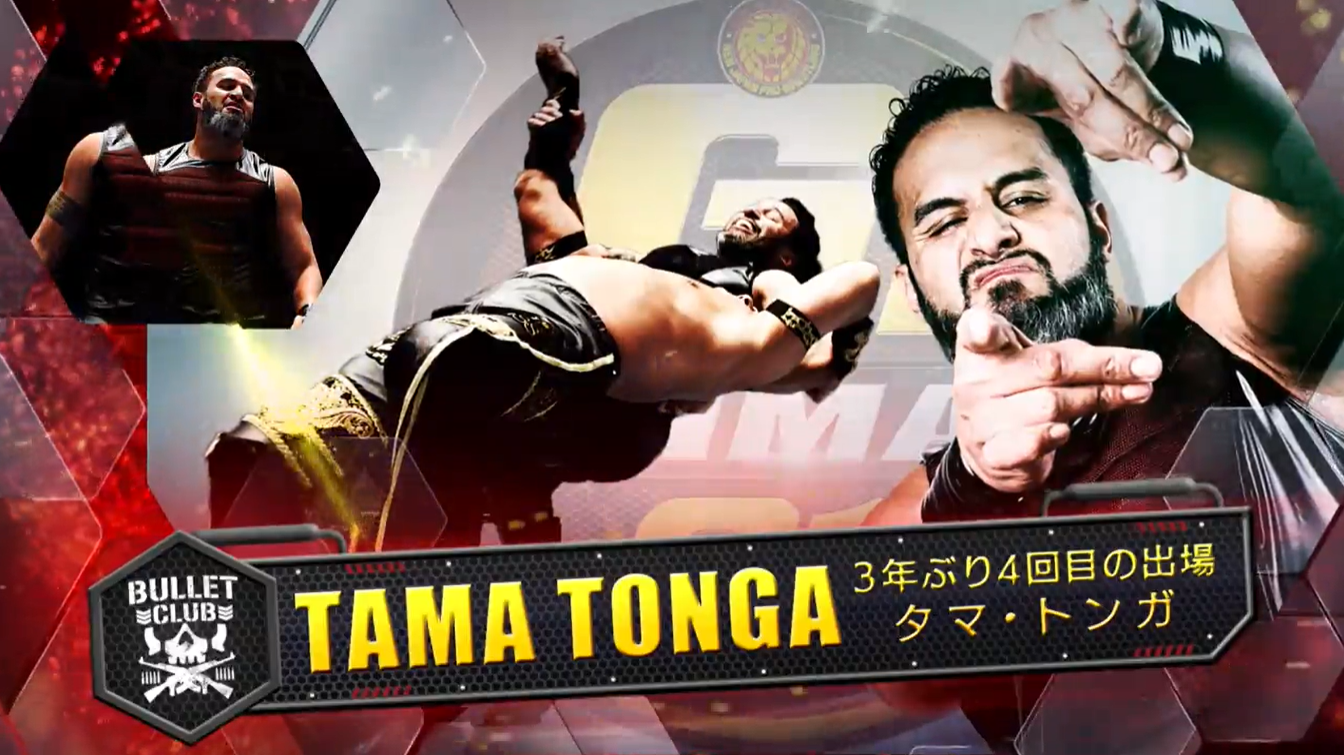 After dedication to the Guerrillas of Destiny tag team in 2019, and competing on NJPW STRONG in 2020, Tama Tonga makes his first G1 Climax appearance in three years in 2021. Where the Good Bad Guy goes, controversy follows, and Tama has stirred up pots and created enemies on both sides of the Pacific in recent months. Now the BULLET CLUB member gets the chance to put his money where his mouth is, and show just how dangerous he can be in-ring without backup in the every man for himself environment of the G1.

The last time we saw Tama Tonga in an NJPW ring, it was at Resurgence, where he and brother Tanga Loa hit the ring with some pointed words for the Good Brothers, Doc Gallows and Karl Anderson. Since Gallows and Anderson split from NJPW and the BULLET CLUB in 2016, acrimony has continued to steadily build between Tonga and his former Machine Gun mentor in particular; that blood only got worse when the Good Brothers aligned themselves with The Elite in AEW and IMPACT. Nine years after Karl Anderson reached the finals of the G1 Climax and fell at the last hurdle, Tama will get the chance to do what Anderson couldn’t in Ryogoku in 2012- beat Kazuchika Okada. 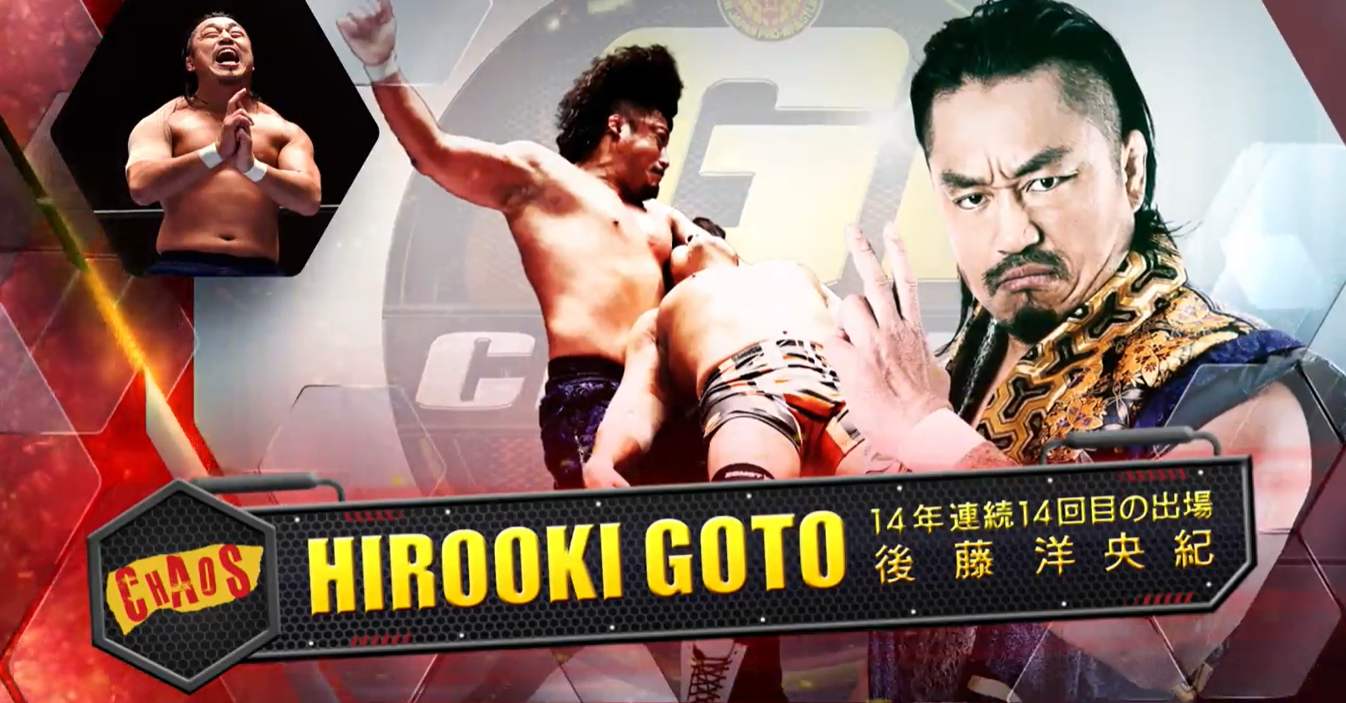 Hirooki Goto enters his 14th G1 with the desire to once again prove that the ‘G’ stands for ‘Goto’. For the last year plus, fans have had constant and growing appreciation for Goto as a trios and tag team wrestler, but Goto remains a dangerous singles competitor, and represents a significant threat to everyone in the block. After a negative win:loss record in 2020, can he improve this year?

With a 2:1 record against the Imperial Unit, Goto knows that he is capable of beating the man who beat Kazuchika Okada at the MetLife Dome on September 4. Yet as Cobb remains on a hot hand in New Japan pro-Wrestling, this match will be a key test of both men’s resolve to win the tournament overall. Coming three matches in to the league campaign, the end of the first act for Cobb and Goto could be key for the remainder of the tournament.